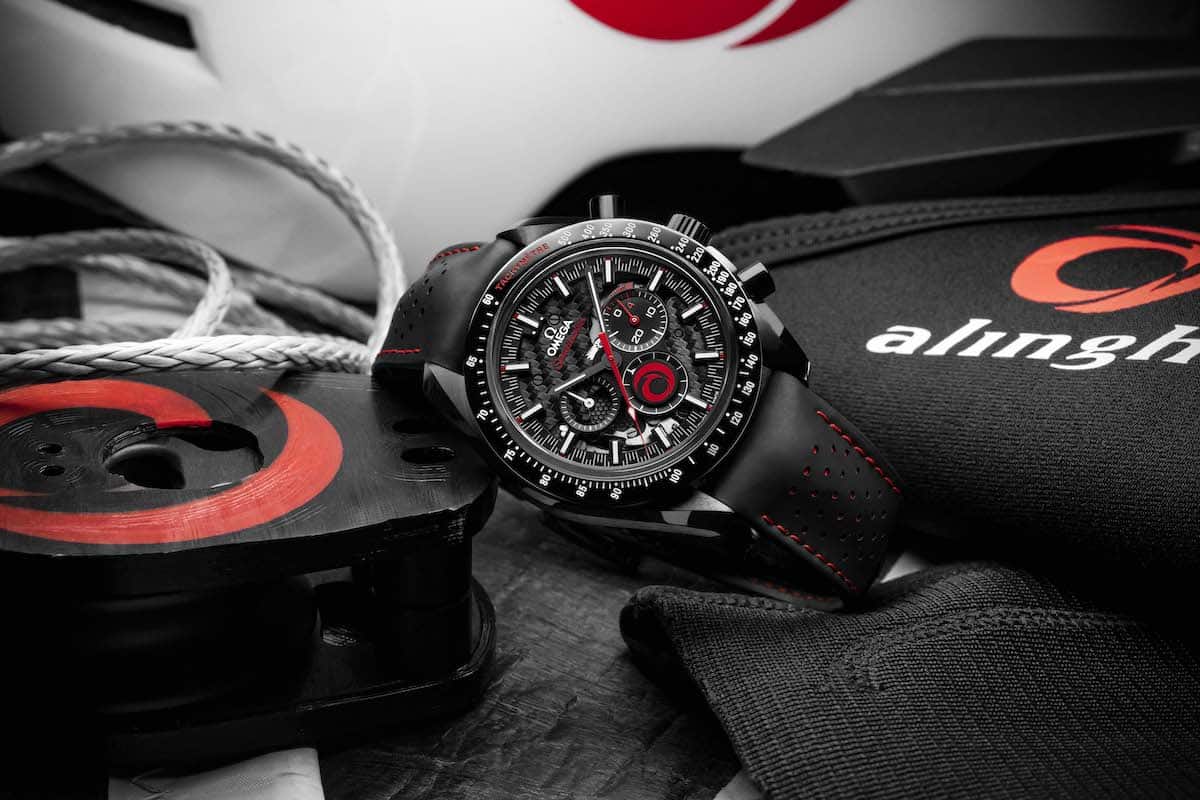 From the stars to the sea: OMEGA’s latest edition of their popular Speedmaster adds another chapter to the model’s sporting history through a collaboration with one of the world’s leading yacht racing syndicates.

Watches and yacht racing go together like champagne and Formula One. Yacht racing is a luxurious and cosmopolitan yet intense sport: while yacht crews themselves are true athletes, the yacht clubs and syndicates that back them are million-dollar businesses. The stakes are high, and racers demand the precision and durability that only the best watchmakers in the world can produce.

Alinghi is one of these high-powered yacht syndicates. Set up by Italian-Swiss billionaire Ernesto Bertarelli and racing under the colors of the Société Nautique de Genève, Alinghi is a decorated venture that includes in its list of accolades winning the 2003 and 2007 America’s Cups; 8 times D35 Trophy, 7 times Bol d’Or and 4 times Extreme Sailing Series winner; plus is the 2019 GC32 World Champion and GC32 Racing Tour winner.

A decorated Swiss yacht team and a decorated Swiss watchmaker seem like natural partners, then. Enter the OMEGA Speedmaster Dark Side of the Moon Alinghi: a very sporty, highly technical incarnation of the famous ‘moonwatch’ that any skipper would die to get their hands on. 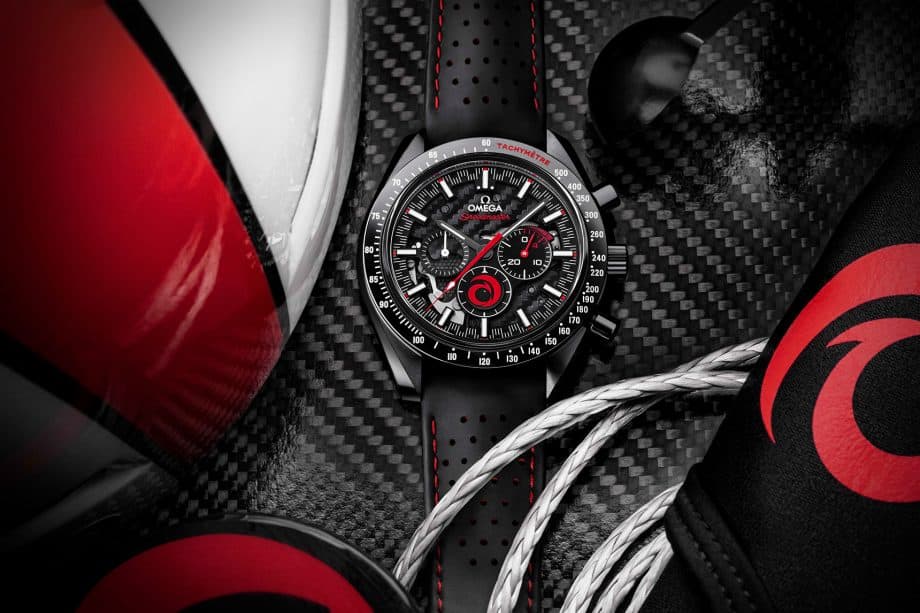 It’s intriguing that Alinghi decided to collaborate on a Speedmaster as opposed to one of OMEGA’s more nautical models like the Seamaster. But it actually makes a lot of sense: the Dark Side of the Moon version of the Speedmaster, made from black ceramic as opposed to steel, is lighter and not prone to rust. The manual-winding Calibre 1865 movement is ideal for sailing crews due to its lighter and thinner design, and makes its first appearance in this watch.

The strap on the Alinghi Speedmaster is worth noting: similar to straps found on other racing editions of the Speedmaster, it features supple perforated leather with a coloured rubber interior. It’s an innovative design that combine the comfort and class of a leather strap but with additional durability, pliability and breathability, that also gives the perforations subtle flashes of colour from the rubber midsection – perfect for sailing.

Design-wise, the watch also features black carbon and honeycomb designs that evoke Alinghi’s boats as a key motif. Pride of place at 6 o’clock is the red Alinghi logo, which is meant to represent two boats churning the seas before the start of a match race. The logo rotates on the watch when the chronograph function is used. A unique feature of the watch is that it has no dial architecture – the main plate of the movement is visible.

It’s an awesome, ‘murdered-out’ version of one of the most iconic watches of all time. Need we say more? 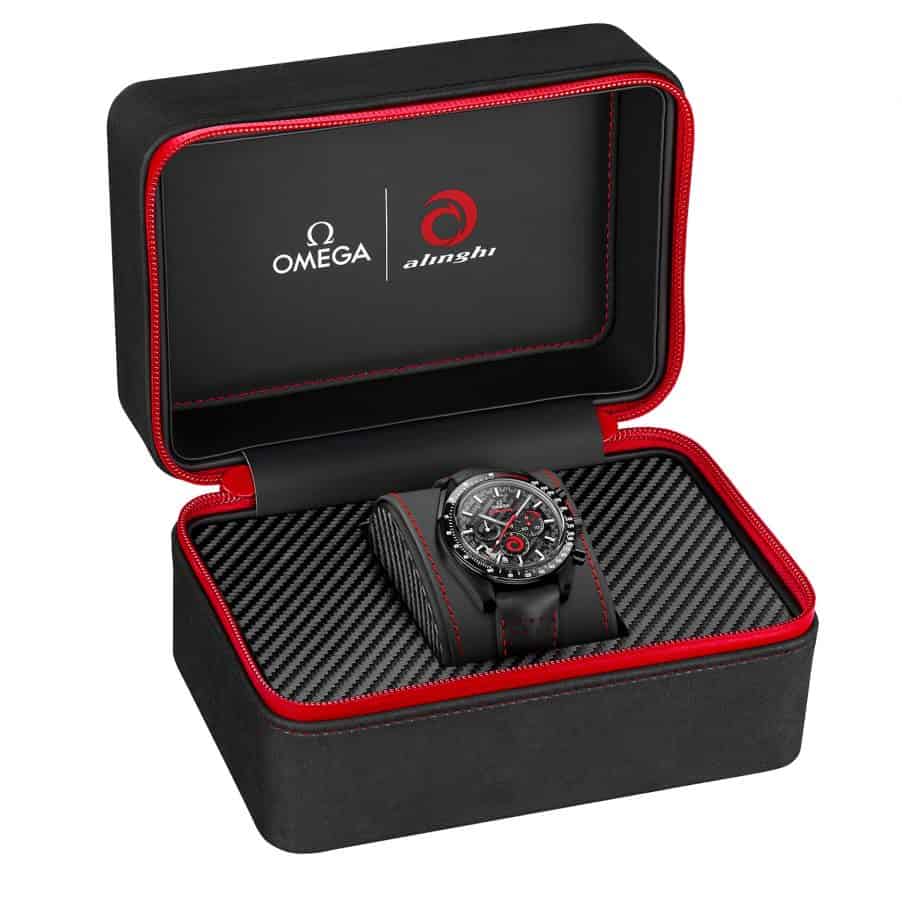 A veritable trophy in of itself. Image: OMEGA