When the high seas call it’s time to suit up and take it on in style. No, we’re not talking about a linen suit or tuxedo for your next fancy yacht party. We’re talking about proper hardcore sailing gear for those who aren’t afraid of getting smashed by a 10-foot wave in their pursuit of speed and glory.

Whether you’re a seasoned sailor or just getting started on an aspect of sailing you need the right gear to get the job done and one of the most fundamental aspects of sailing is clothing. When it comes to sailing clothes there’s no discrimination whether you’re racing in the America’s Cup or simply dawdling around in the harbour. Having the right gear can make all the difference especially when technical innovation comes into play to provide unprecedented levels of wind-blocking and waterproofing.

Before we get into the best sailing clothing brands though, there needs to be a bit of housekeeping for sailing unacquainted.

In this Sailing apparel story…

Sailing clothing is some of the world’s most extreme weather gear. Given that a crew can be battling constant saltwater alongside near-zero degree weather for hours on end, countless layers are often common. Serious sailing brands offer everything from a base to mid to outer layer and that’s before we even get to tech tops and tech bottoms which rely on the latest materials to get the job done. If you’re serious about sailing, be sure to understand your requirements before going all out on expensive gear. At worst you’ll be the guy with all the gear and no idea.

Serious sailing clothing brands (like the ones listed below) hail from countries which specialise in athletic wear, exploration and sailing. Think regions like England, Norway, New Zealand and the USA. Regardless of whether manufacturing has shifted to regions of Asia these days, the quality of these garments still holds a high standard of craftsmanship in order to meet the requisites of work at sea. As such, you’ll often find innovative materials like Gore-Tex used in the outer lining of jackets and pants dedicated to sailing whilst under layers can combine everything from microfleece to neoprene to nylon for superior body heat insulation.

Where To Buy Them From

The best place to score sailing clothing is at the source itself. This means going directly to the labels and brands that are dedicated to making sailing gear. In our list, there are big-name brands like ZHIK, Musto, North Sails and Slam which all have online storefronts for budding sailors to muse over. Some of these sailing clothing brands even have bricks and mortar outposts so if you’re keen to get a feel of the gear in person, simply drop by your local sailing shop under any of these names. 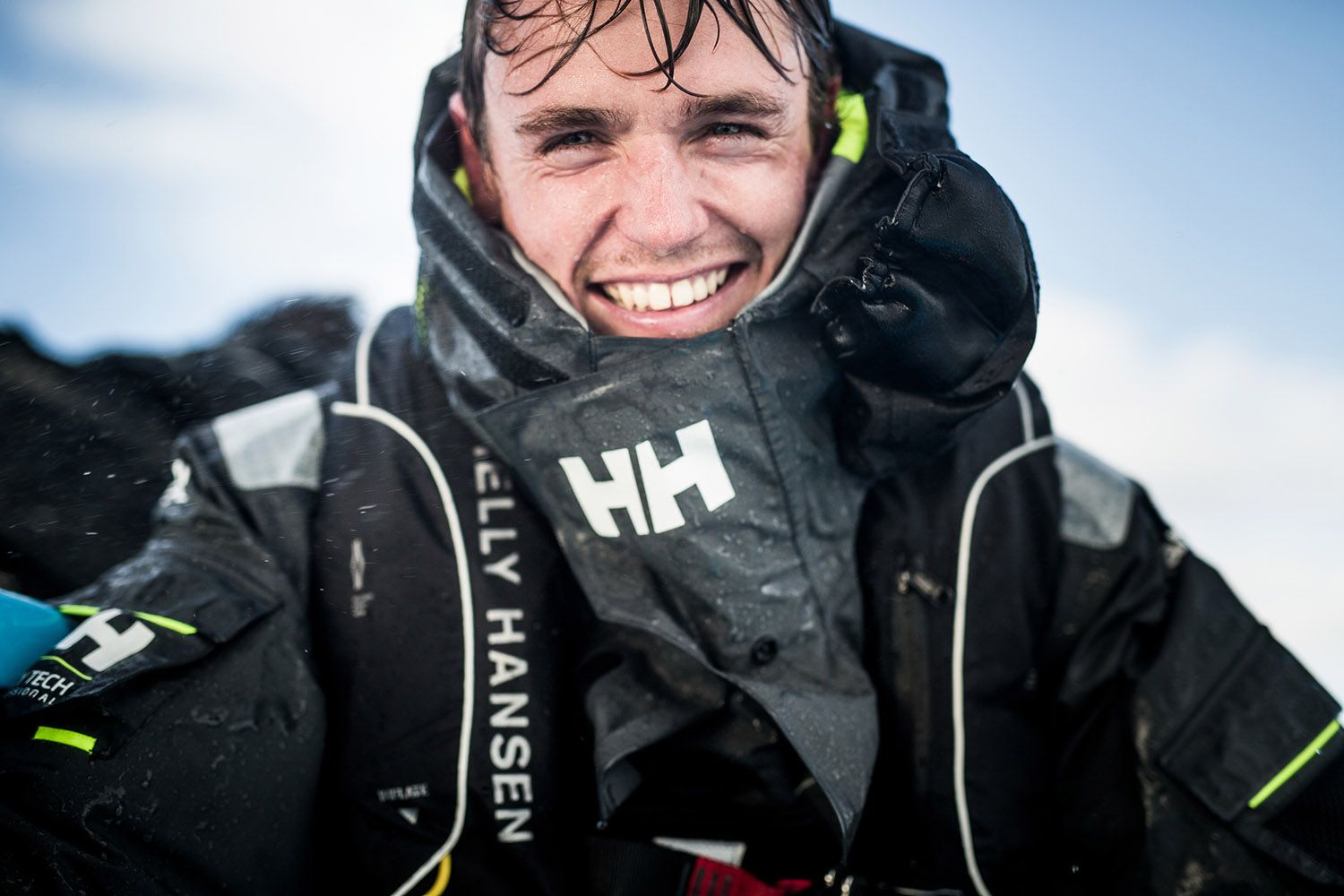 In 1877, Mr. Helly Hansen saw a need for clothing that would protect him from the harsh Norweigan elements whilst he was working on his boat. His wife then started soaking linen in linseed oil to create a waterproof material that would protect Mr Hansen and his workers whenever they were out on their boats. They then started offering this clothing to others and Helly Hansen was born.

To this day, Helly Hansen has continued to engineer sailing clothing that can handle the harshest of conditions, enabling their wearers to work, perform and survive just about anywhere. Not only are Helly Hansen garments weather resistant, but the brand’s Norweigan heritage has heavily influenced their minimalistic and timeless, typically Scandinavian design. 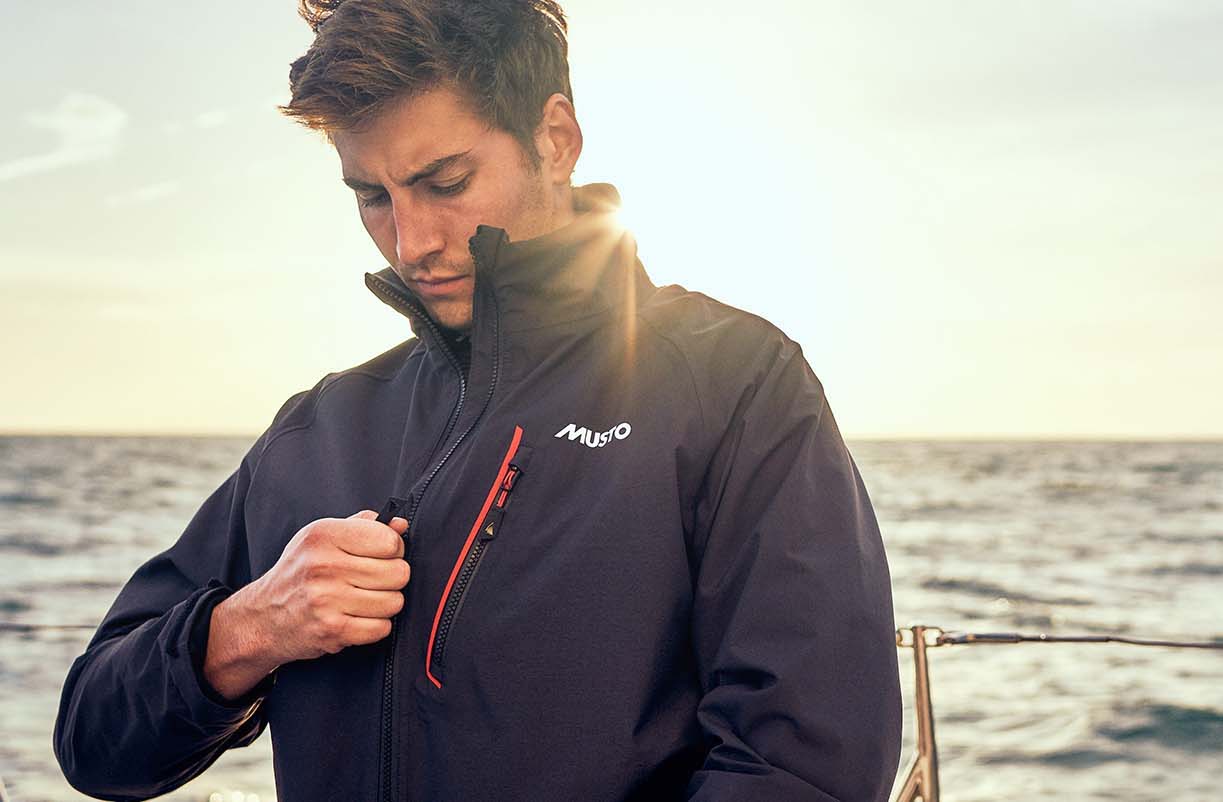 For over 50 years, Musto has been engineering cutting edge sailing apparel. Their sailing clothing has been used by adventurers, America’s Cup racing teams and couples cruising the world on their family yacht.

The brand was started by Mr Keith Musto, a British Olympic sailor who realised in order to win, he had to be lighter, fitter and stronger than all of his competition. After starting his fitness regime, he soon realised that traditional sailing clothing compromised his ability to sail at his best, so he set out to make clothing that would enable him to perform. As a result, he ended up winning the 1964 Tokyo Olympics in his Musto gear.
To this day, Musto continues to engineer fabrics and materials that will allow wearers to be comfortable in any condition. 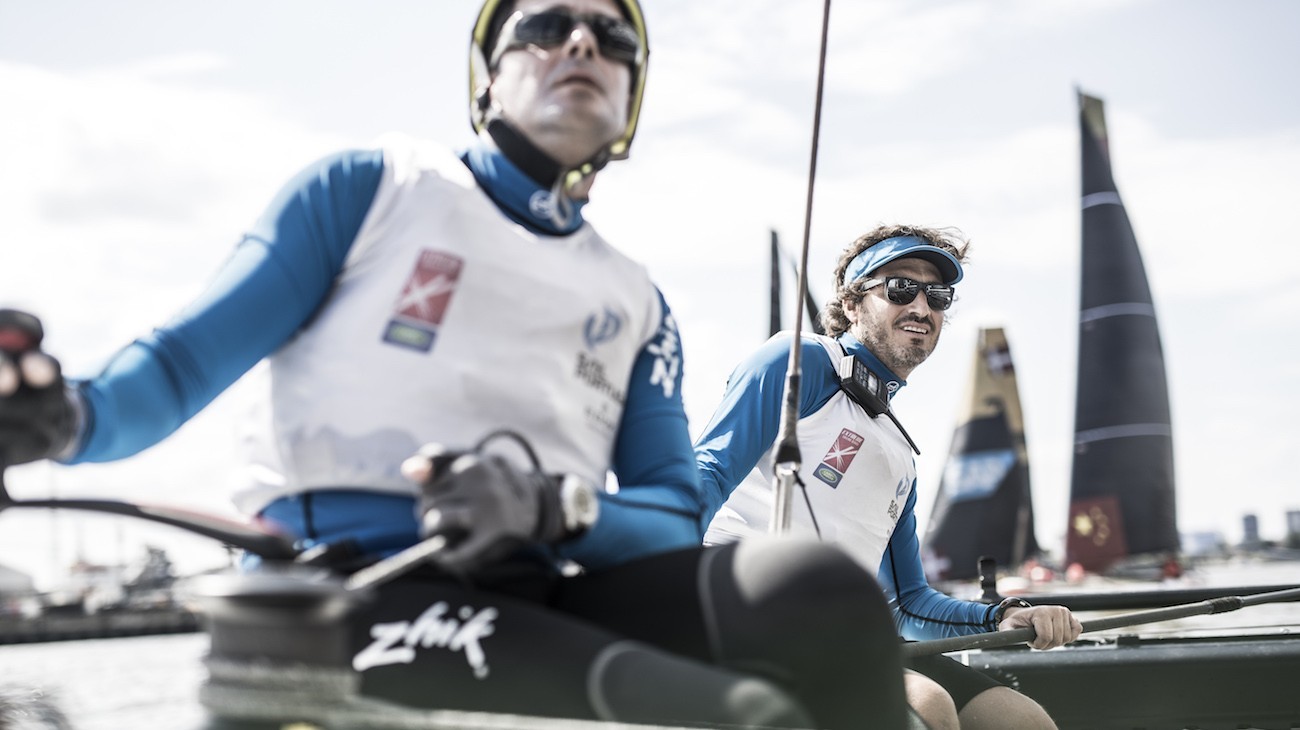 ZHIK was founded just prior to the 2004 Athens Olympics when it was noticed that sailing clothing could do with a spark of innovation. Since then ZHIK has engineered some of the highest performing waterproof clothing for sailors and has combined it with a fresh new look that is very modern, in a world dominated by tradition.

They are the kit of choice for both the Australian and New Zealand sailing teams and also sponsor Sail GP and Volvo Ocean Race teams, all of which need technically proficient gear that will handle any condition. 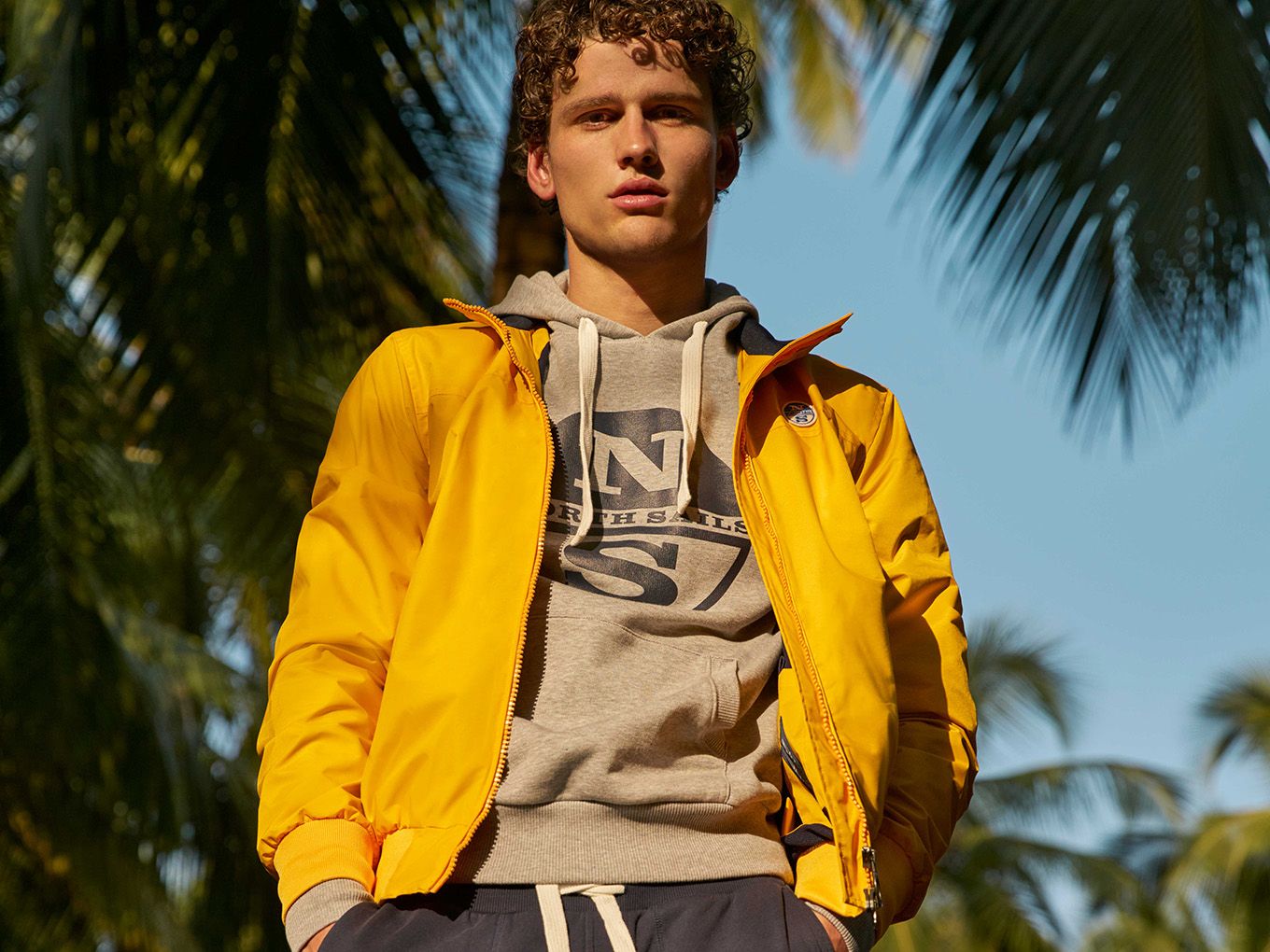 North Sails was started by American Sailor and Olympic Gold Medalist, Lowell North in 1957. Originally he focused on making the most technically advanced sails that were faster than any competitors. The brand continues to make these ultra-high performance sails and has used their ethos to also create a lifestyle clothing line.

Their sailing clothing combines both function and form which performs in harsh conditions and looks great doing it. They offer a range of technical, high-performance gear as well as a more traditional lifestyle line so no matter your style of sailing, North Sails will have you covered. 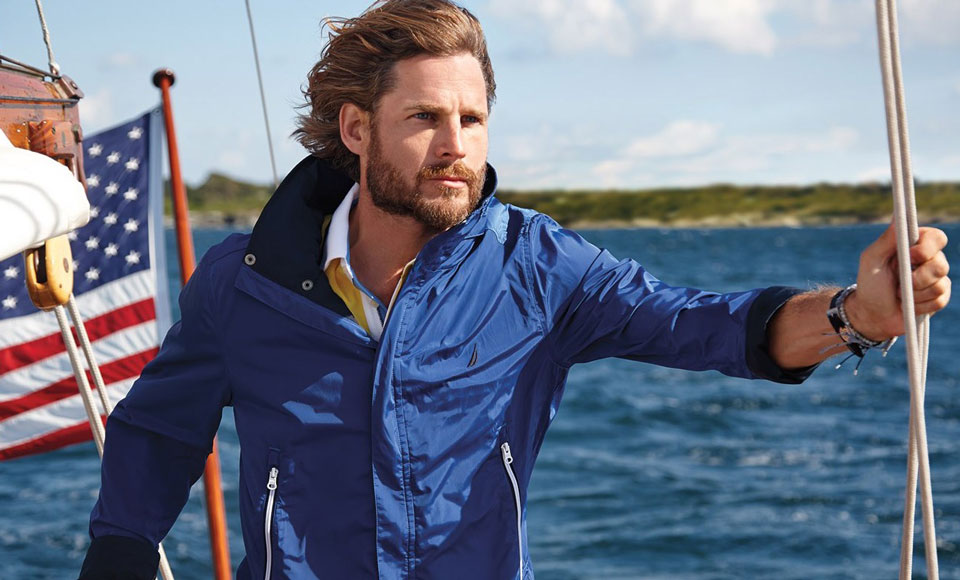 Born in 1983, Nautica is a leading lifestyle brand for men. Influenced by the nautical lifestyle and designs, Nautica has focused more on making everyday clothing for men as opposed to other sailing clothing brands that were born out of a need to defeat the elements.

Whilst Nautica might not offer sailing clothing that is as technically advanced as others, their focus on design has enabled them to lead the industry from a style perspective. They combine both traditional nautical designs with a modern perspective and forward-thinking styles. 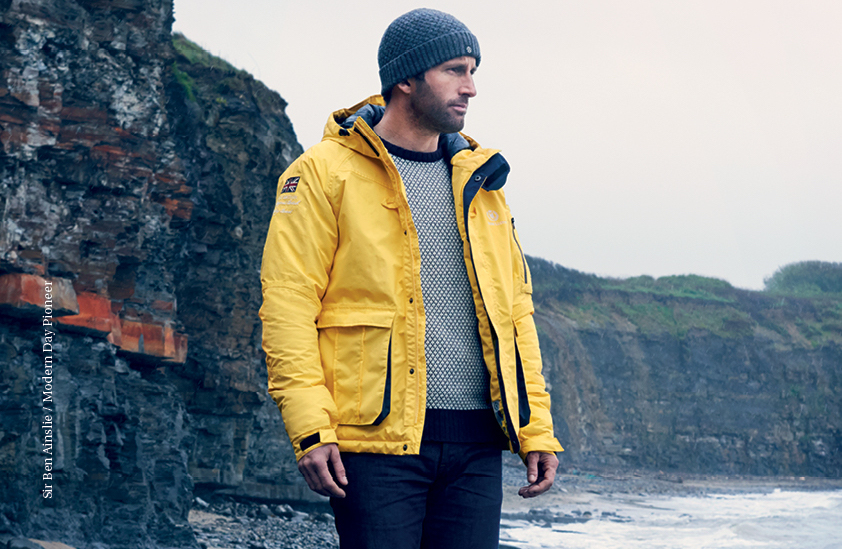 Henri Lloyd was founded by Henri Strzelecki a Polish war hero and Angus Lloyd in 1964 in Manchester, England. They pioneered the use of waterproof fabrics and materials in clothing. They also made other innovations including the first non-corrosive zipper as well as the use of velcro in waterproof garments.

To this day Henri Lloyd continues to innovate in order to remain on the leading edge of waterproof clothing. They also focus heavily on design and offer some of the most aesthetically refined waterproof sailing clothing available. 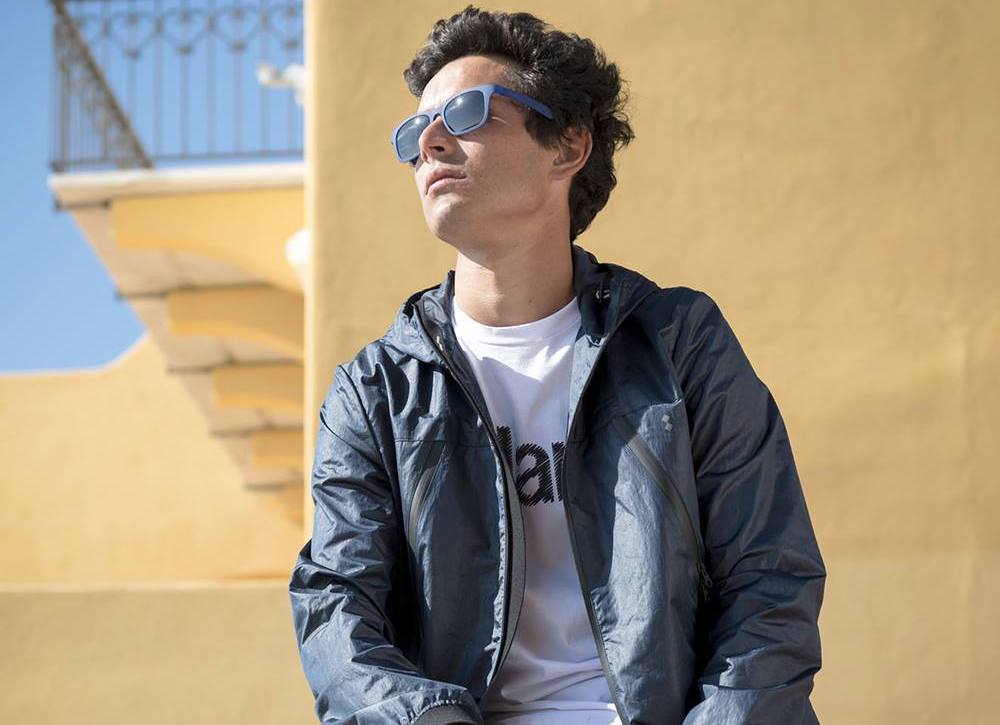 Born in Genoa, Italy, Slam has evolved to be one of the greatest sailing clothing manufacturers, all thanks to their collaborations with past and present Olympic Sailors. Genoa itself is a town on Italy’s Ligurian coast and its history is heavily rooted in fishing, sailing and its port. Naturally, one day a garment maker would come about as a result of the town’s need for clothing that is suitable for life on the coast and at sea.

Today the brand offers a range of lifestyle and recreational sailing clothing which embodies Italian effortless cool. They also offer technical garments for those looking to face the harshest conditions mother nature can throw at them. 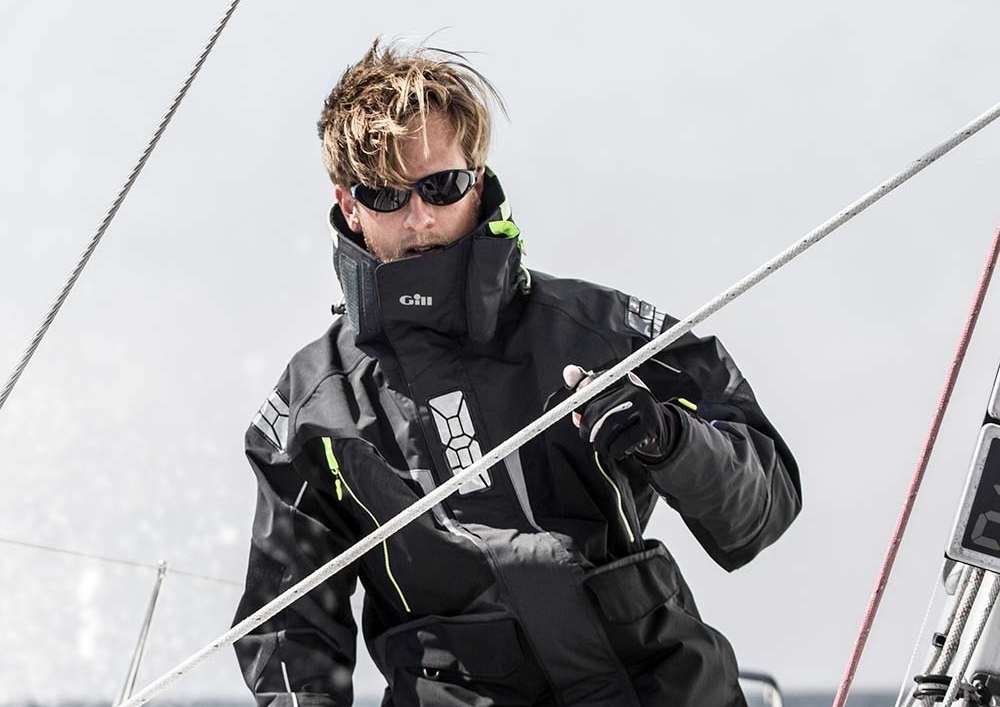 In 1975 a passionate dinghy sailor, Nick Gill became increasingly frustrated with the lack of dinghy specific sailing gear. To mitigate the problem, he founded a company and started to produce the gear he wanted. Since then, Gill has continued to evolve and develop to create clothing for all facets of sailing and all conditions sailors encounter.