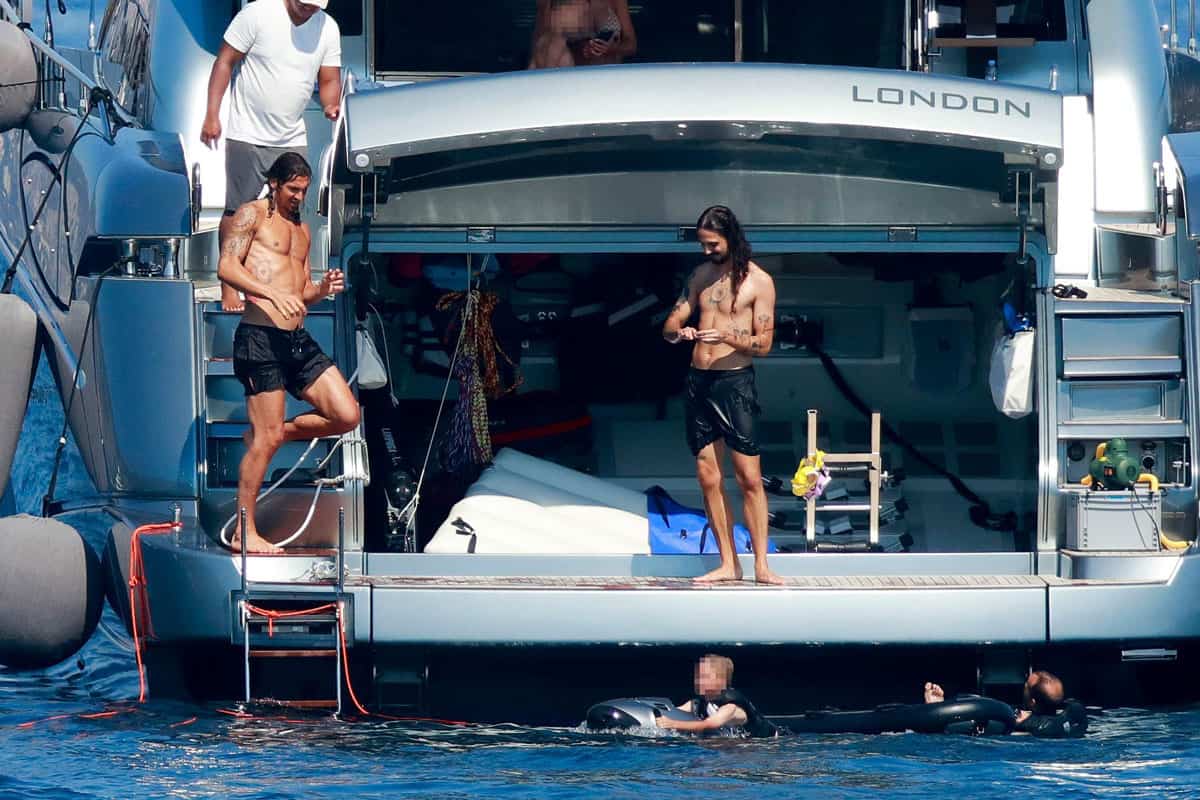 Football is filled with enormous egos, but none are as giant as A.C. Milan striker Zlatan Ibrahimovic’s.

Luckily the brash Swede can back his big talk up with performance on the pitch. Zlatan (who, naturally, refers to himself in the third person) is one of the most decorated active footballers, with 31 trophies and 550 career goals to his name. The ultra-fit teetotaler is allowed to get away with such outrageous egomania because he’s arguably one of the best players of all time.

Maybe the only thing that eclipses his ego is his net worth: conservatively valued at $190 million, ‘Ibra’ shared a post to his Instagram this morning which gives fans a valuable insight into the mind of Zlatan.

Clearly looking to flex (figuratively and literally), Zlatan posted a video of him on holiday in Saint-Tropez, working out on the deck of a superyacht while his family was out enjoying the Mediterranean sun.

A post shared by Zlatan Ibrahimović (@iamzlatanibrahimovic) on Aug 5, 2020 at 2:32pm PDT

On the surface level, it’s an insight into Zlatan’s unique sense of humour. We can see how he’d find the obvious juxtaposition of doing a serious workout on the deck of a multi-million dollar barge in one of the world’s most exclusive holiday spots funny. It’s a very Zlatan move.

But we think the video reveals something more about the man: that even on holiday, he makes maintaining his fitness a priority.

Zlatan takes football seriously, once telling the Paris Saint-Germain press team that “football is a religion in its own right [where] everyone is welcome.” He’s no Nick Kyrgios out there claiming “I don’t really like the sport of tennis that much.”

His ego may occasionally draw ire from teammates and rivals alike but no-one doubts his devotion to the sport, and his strict workout routine is evidence of how genuine the man is about football.

There’s been much speculation in recent weeks about where Zlatan will be playing next season. His current club A.C. Milan is apparently keen to re-sign him, but there’s talk that he could be moving to recently-promoted EPL team Leeds or even Hammarby, the top-tier Swedish team he recently bought a huge financial stake in.

No matter where he goes, his dedication to keeping in tip-top shape will serve him well.