How To Get Instantly Better In Bed, According To An Australian Male Escort

Be responsive, be well maintained; be kind… 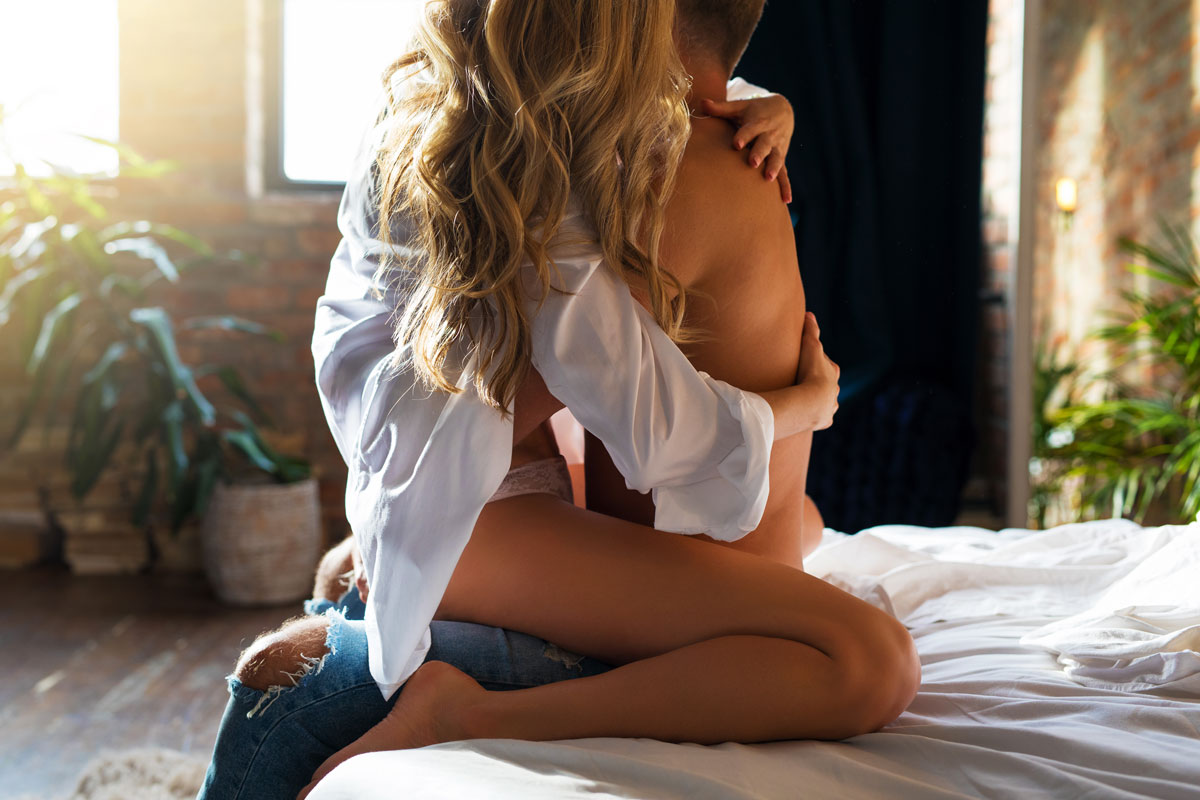 You may think you get a kick out of being with someone ~hawt~ because of their Kardashian-esque glutes, or Hemsworth-like biceps, etc., but really it’s the serotonin boost you get from emotionally connecting with someone you respect or are in awe of (and vice versa) that is probably making you really tick.

That is part of the reason very few people derive long term satisfaction from paying for ‘company.’ It feels too empty when there’s nothing behind the physical (unless you derive your worth as a person on your bank balance – a can of worms which opens up a whole different set of problems).

It’s also part of the reason male escort Mitch Larsson is so popular – he understands the importance of the emotional component of sex, as well as the fact that there is a lot that can increase your attraction to someone beyond sheer looks.

As he recently told journalist turned escort turned ‘madam’ Samantha X on her podcast ‘In Bed With Samantha X‘ though he always carries viagra with him, “it can’t work on its own.”

“An ugly person to me is racist or sexist – [it’s] not about the physical.”

Case in point: Mitch was once hired by a 73 year old “beautiful warm woman” who was a “very classy, very beautiful, very successful businesswoman” with “a lot of drive and intelligence.”

“Her husband had died a few years before and it had been 10 years since they’d done anything. She was more in need of companionship but also possibly sex as well.”

What did their time involve? According to Mitch, “dancing, holding, waltzing.”

“It took so long to get to the sex it didn’t go that long. She more just wanted the presence of a man in bed.”

To that end… The life of a ‘D for dial’ is often overhyped. As Hollywood deals in stereotypes, many people envisage the world of male sex work to be either far more glamorous – or far more transactional – than it really is. The truth, as is often the case, lies somewhere in the middle.

There’s also a lot more than being a male escort that providing the ‘goods.’ A huge amount of emotional labour is involved if you want any kind of longevity in the game. But before we get ahead of ourselves: how, exactly, did Mitch Larsson, become an escort in the first place?

As he told Samantha, “It was just popped into my head from a female friend of mine commenting on the energy I exuded being a sexy sort of energy – it blew me away as well.”

“I suppose I felt sexy and she asked if I’d been a stripper or escort before and you know when you get an idea that pops into your head… it just did this time.”

“Before that I’d been through all sorts of sales roles, 9-5 corporate stuff, practised law very briefly, my ex had my son back then – hated the 7am to 10pm aspect of the job – decided to be the prime care giver while she worked, started a photography company, then all of a sudden this called to me.”

“I just made the decision and did it.”

Samantha then asked, “Would you describe yourself as really good in bed?” to get a sense for what sort of men the role would suit, to which Mitch said: “Yes – you have to be.”

“It’s not an innate ability – it involves knowing the person you’re with and their vibes, when you learn the job you learn consistencies of what works what doesn’t and you get better than the average person.”

He explained he was not necessarily known for being good in bed either before he started working as an escort. Before starting his career he had been married for 9 years and before that had had a few “flirtatious” one night stands but nothing crazy.

As for his first few times, Mitch recounts the following experience: “While I was still married, I had been advertising a week, tucked the little fella away, got a text message beforehand from a friend who wanted to hire me for a friend about an hour away – gave them chance to chat and get to know me – gave them a call and got a room of giggling girls on the other end of the line.”

“We eventually set up a date and time.”

“Tucked him in – said ‘dad’s off to work’… partner was supportive from the very start and knew [about the nature of the job].”

“I jumped in car, drove for an hour, knocked on the motel door, it was a dodgy-looking place, a young cute woman, bit of acne – whatever still beautiful – opens the door and was absolutely shaking like physically shaking couldn’t talk all just squeak answers at me. So sweet.”

“Straight away I knew I had to be comforting and calm her so it was just instinctive that I grabbed her and gave her a huge hug until the nerves calmed down. I stroked her hair and said, ‘It’s all going to be ok.’ I didn’t want to push her into anything so just said, ‘We don’t have to do anything. Lets just relax.’ We held for a while then kissed. Then, you know, we had a bit of really good sex actually.”

“It wasn’t anything athletic or crazy it was beautiful, lovely, vanilla, passionate sex.”

“I usually do take control,” he added, when asked how that dynamic tended to work,  because, “People are very nervous when they see me so they’re not likely to make the first moves and they’re not sure if it’s the right thing to do sometimes. So I’ll suggest that they might give me a kiss; once you kiss it’s easy everyone realises where they’re at and it just flows from there.”

“Sometimes I’ll say, ‘do you feel like undressing by any chance?’ to remind them that I’m there for them.”

“The whole night is about them and what they want.”

He also shared a few horror stories from the early days, telling Samantha, “I don’t really like being treated like meat.”

“It’s the ones that have seen many [escorts] for years and swing[ers] that have extreme requests.”

“One time I went to a person’s house and she basically said to me, ‘I didn’t pay for hugs I payed for dick.’ She was also sucking down bongs.” Suffice to say Mitch wasn’t into it and cut the ~experience~ short.

I said: “Look I think I might head home soon. How about I give you back x dollars and we put it towards a better experience next time.”

Mitch also shared some of the things he wished other men knew about women:

“What surprised me about women’s desires is how restrained they are in saying what their desires actually are.”

“It’s disheartening but not overly surprising if they say, ‘You really want me to tell you what I like?'”

“How else are we going to have really nice sex?”

This notion is shared by ‘Lorenzo’ – a former active male escort and CEO of A Gentleman Caller, an Australian escort agency, who previously told DMARGE, “90% of the male escort industry is about companionship.”

RELATED: Good Sex – How It Defines Your Relationship’s Success

Back to Mitch though – and speaking of appreciation – his advice to men in long term relationships is the following: “a big ‘no no’ is getting complacent and getting lazy and saying, ‘what you reckon hun?'”

“Be well maintained – give yourself a trim down there.”

“What they all generally don’t like – trying to manipulate them into doing something they are not comfortable with it.”

“Another one is when guys come and they think that’s the end of it.”

“Don’t just roll off and go to the shower – stay there and appreciate what’s just happened and what she’s done for you.”

“Communication – set the mood by asking what she likes – higher or lower – not too much though because you have to read what’s going on.”