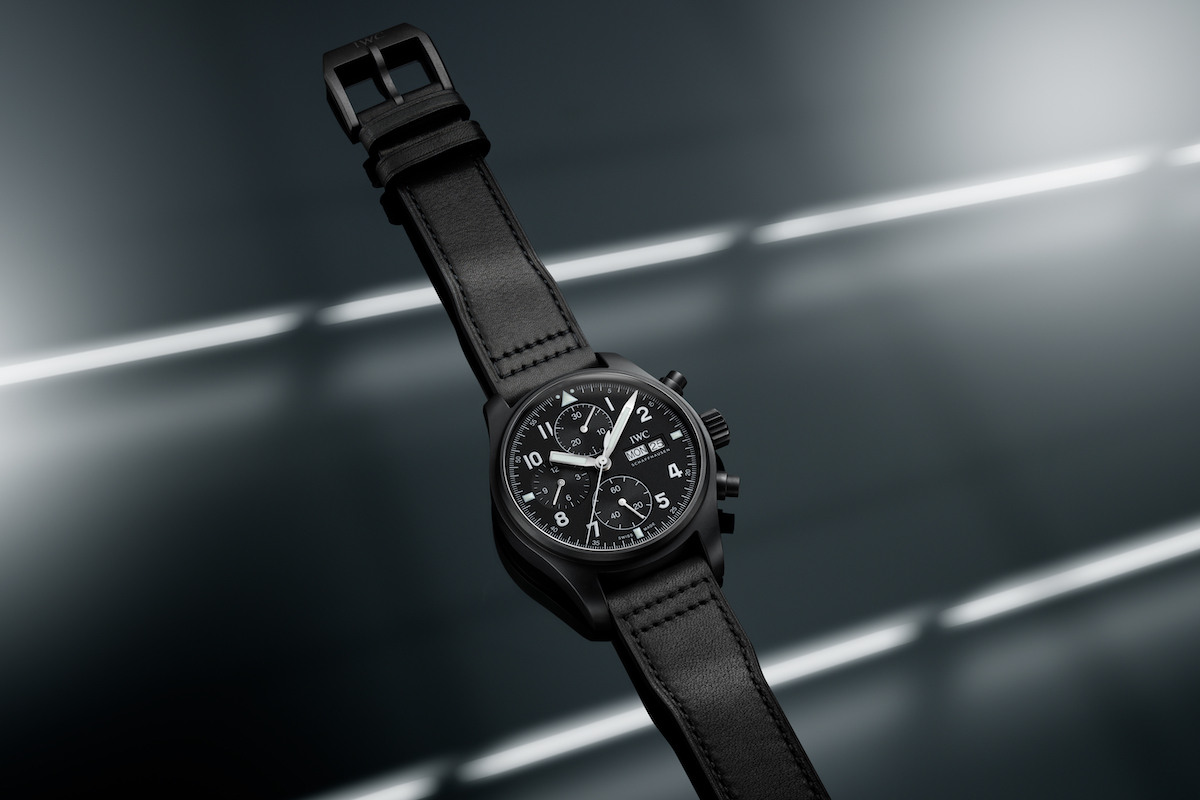 The 90s was a particularly inspired period in watch history.

After a tough few decades dealing with the quartz crisis, ballooning gold prices and global recessions, the luxury watch brands had found their feet again by the 90s, with a sense of optimism and innovation characterising the entire industry. The 90s saw the rebirth of two incredibly influential brands – A. Lange & Söhne and Panerai – and any of the watch world’s most iconic models first appeared in this blessed decade, too: the OMEGA Seamaster Diver 300M, the Patek Philippe Aquanaut and the Rolex Yacht-Master just to name a few.

Another model that first appeared in the 90s – but took a few years before it was recognised as a classic – was IWC Schaffhausen’s Ceramic Fliegerchronograph (ref. 3705), better known as the ‘Black Flieger’. First introduced in 1994, it was IWC’s first pilot’s watch with a case made of black zirconium oxide ceramic: a huge technical achievement for the Swiss brand. But it flew under the radar (pun intended), and was quickly discontinued after a production run of around 1,000 pieces.

In the intervening years, the ‘Black Flieger’ became a cult classic; a bona fide 90s icon and particularly hot property among watch collectors. Still, its relative obscurity and short production run have meant that the vast majority of watch fans have never been able to get their hands on one… Until now, that is.

Enter the Pilot’s Watch Chronograph Edition ‘Tribute to 3705’ (ref. 387905): a stunning timepiece that’s more than just a recreation of the ‘Black Flieger’ and easily one of the most handsome watches that’s come across our desk in 2021 thus far. 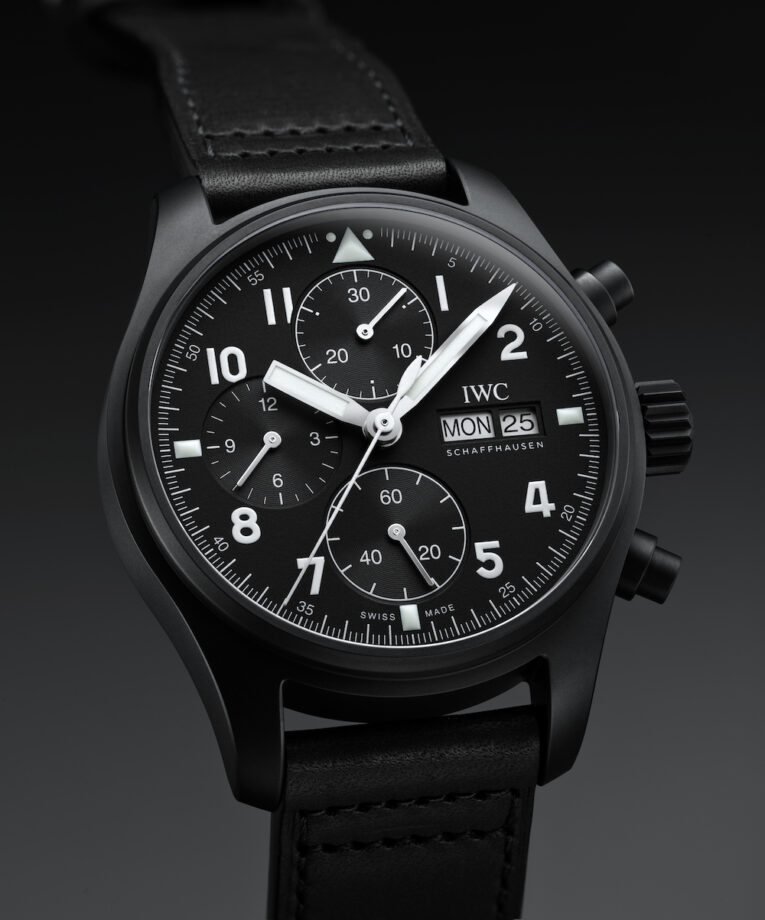 Even more legible, even more lovely.

While the ‘Tribute to 3705’ is a largely faithful recreation of the ‘Black Flieger’, the two models share some key differences. Appearance-wise, our new beauty features more pronounced hour markers – similar to those used in IWC’s perennially popular Big Pilot line of watches – and rearranged subdials. Unlike the original, the tribute’s crown and chronograph pushers are made out of ceramic instead of steel, making the new watch aesthetically sleeker. But the differences between the two are more than just skin-deep.

IWC’s ceramic technology has come a long way since the 90s, and the ‘Tribute to 3705’ takes full advantage of that: it’s made out of Ceratanium, an IWC-developed material that is light and robust like titanium, but also similarly hard and scratch-resistant like ceramic. It’s just as beautiful while being much tougher than the original’s ceramic construction.

Additionally, while the original was powered by the now-legendary Valjoux calibre 7750, the tribute uses IWC’s in-house 69380 calibre, which is more robust and features a 46-hour power reserve. It’s a big change but one that’s sure to appeal to modern collectors – in-house calibres are like catnip to watch fans.

In essence, the ‘Tribute to 3705’ takes everything that was great about the ‘Black Flieger’ while bringing the watch into the 21st century. More importantly, it gives another generation of watch lovers the chance to get their hands on a truly special watch. Whether you’re a fan of the original or like the new model on its own terms, this is one pretty-looking watch.

Perhaps in homage to the original’s short production run, the ‘Tribute to 3705’ is a limited edition of only 1,000. Uniquely, it’s also an online exclusive. Hopefully you haven’t kept your dial-up modem… There are some things that really weren’t better in the 90s.