Sergio Ramos’ ‘Champion Spec’ Workout Could Level Up Your Legs

Calve-ing a path to success. 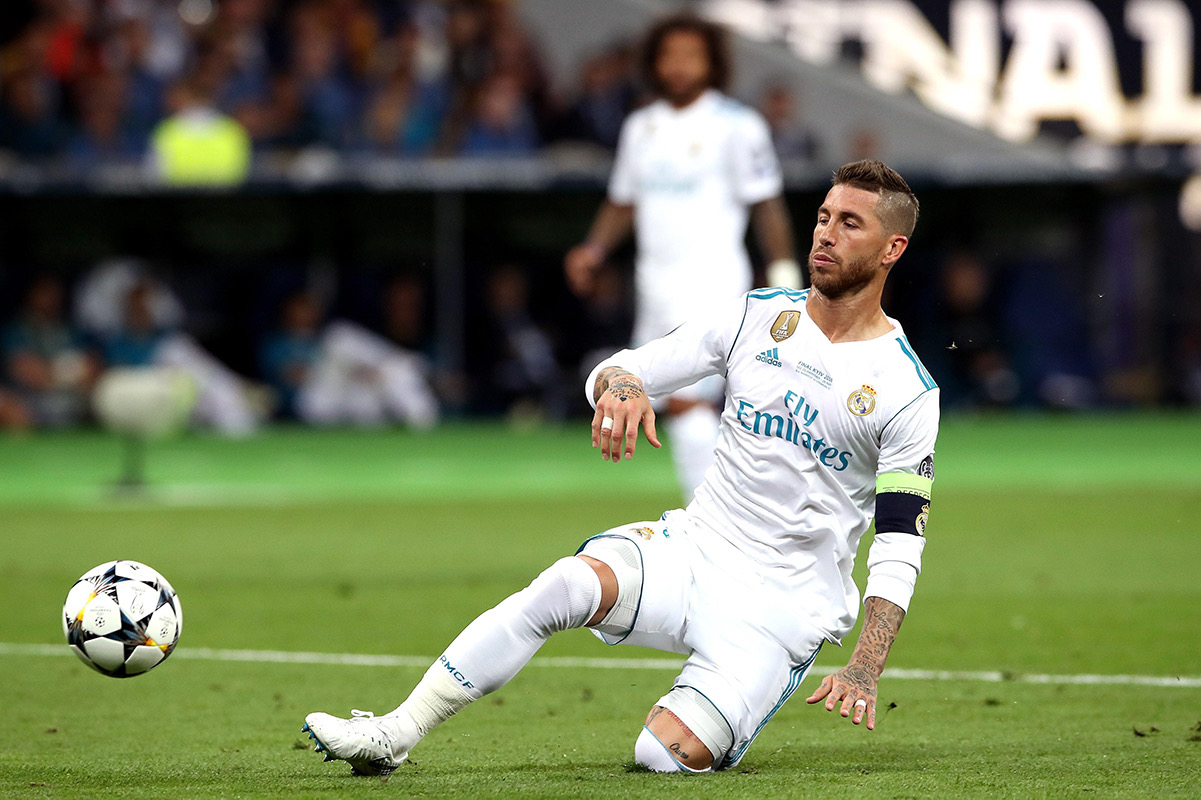 No player seems to know that better than Sergio Ramos. The Real Madrid and Spanish National Team centre back may be known for his dastardly moves on the field, but nobody can deny his ability both on the ball and his willingness to win it back (as well as, naturally, his defensive genius).

Not only does he have a brilliant defensive mindset, but Ramos also commits serious time to the gym to keep his body in the shape of its life. He recently sustained a knee injury, but has remained dedicated as ever to get his body back up to its full fitness potential.

Ever the source of workout inspiration, Ramos – who only just returned to full team training with Real Madrid this week – recently posted a video to his Instagram account that showed off one of his latest calf workouts. While it’s often said we should ‘never skip leg day,’ many gym goers take that to mean the quads, hamstrings and glutes. The calves are often overlooked, but having strong calves is especially vital to soccer players, as it’s a key muscle in helping to propel them forward.

To train his, Ramos takes the conventional barbell back squat (performed here on a smith machine, which provides extra stability), but switches it up, standing on a plate weight to provide some elevation. He moves his heel off the edge, and lowers himself down on one leg. Performing the squat this way predominantly targets the calf muscle, and the pause at the bottom of the two is equally important.

How so? When you pause, you take the kinetic energy out of the equation. Instead of dropping down and powering upwards right away, which uses a touch of momentum from the downward motion, you instead have to utilise just the target muscle to get you back to your starting position.

This not only helps improve your strength, but also the power the muscle is capable of delivering. Handy, when you’re sprinting down the pitch to prevent the other team from scoring.

While Ramos devotes several hours to training all the muscles in his body, including his core, the majority of ‘fit-spiration’ he posts to his page relates to his legs, with the results clearly visible in his epic body transformation.

While we wouldn’t advocate imitating Ramos’ mean streak on the field, we most certainly recommend you try his leg workouts.

Ramos was part of the team that won the Champions League three years in a row (from 2016 to 2018) and will be looking to add another accolade to this belt this year. Madrid’s next Champions League game (leg two of round sixteen) comes against Atalanta on the 17th of March.

As they say in the city of ham, wine and football: Hala Madrid.