German Bodybuilder Shows How Quickly You Can Lose Muscle Through Inactivity

It’s not the size that counts, it’s how you use it.

Picture the scene: you’ve dedicated hours to the gym, put yourself on a high-calorie meal plan and you find yourself having to buy clothing in a larger size to accomodate your insane gains. You’ve smashed all goals you set for yourself and have your sights firmly set on only increasing the size of your muscles.

But, something unexpected stops your training in its tracks and you’re forced to take time off from the gym and you start to wonder just how much of your size and strength you’re going to lose due to inactivity. Naturally, you are going to suffer some setbacks, but just how much muscle will you lose?

German fitness blogger Jo Lindner, is a perfect case study to visualise the effects inactivity can have on your body. Just over 2 weeks ago from the time of publishing, Jo suffered an injury to his left arm. He doesn’t say exactly what happened or how – although one video on his Instagram account suggests it happened while completing a shoulder workout – but his most recent post perfectly shows the monumental effect inactivity can have on your muscle mass.

Update: some of his fans have suggested he did it lifting a fridge in a compromised position, and that he suffered a tendon rupture with “bicep tendon ripped from arm.”

We’re used to seeing Jo with arms the size of which seem almost unnatural – he admits to taking steroids in his early training days but has since condemned their use and abuse – but a recent image showing his left arm looking considerably smaller than his right after just 15 days off from training, proves just how quickly you lose muscle.

He adds in the post that the stitches from his surgery will be removed soon, but doesn’t provide an indication as to when he can get back to building his arm back up to regular size. It hasn’t stopped him from training entirely, however, as other posts on his account show him continuing to train his healthy right arm, while his left is in a sling.

“It’s much better to keep training what’s healthy than to just completely give up and take time off from the gym.”

Taking this into account, Jo’s left arm could have potentially shrunk to an even smaller size, were he not to carry on with his workouts as normal. 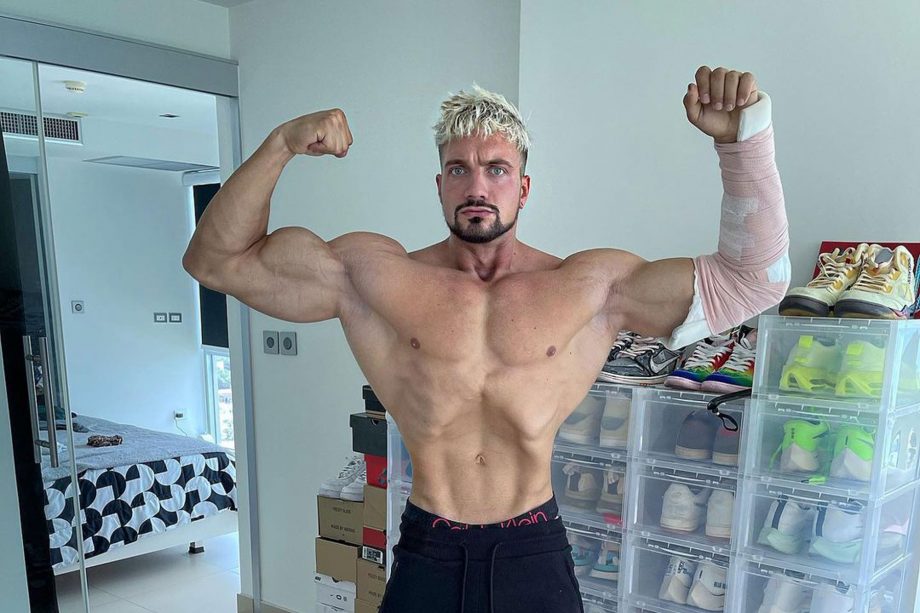 As for how long it may take Jo to regain his size, well, it may not be too long after all. Irish personal trainer Peter O’Reily has previously spoken about a ‘muscle memory’ effect, which explains how you actually retain much of your strength, even if muscle loss occurs.

“Strength can be maintained for up to 4 weeks before it starts to decline. This is if you’re someone who is trained. If you were only training for a little bit and are now taking time off, you won’t have the same turnaround,” he says.

“Your muscle fibers get bigger from training and subsequently gain more nuclei. Once you stop training, your nuclei don’t decrease that quickly… the nuclei help resist muscle loss. This is what we call “muscle memory.'”

“Once it’s been about 2-3 weeks you can retrain and make your gains back fairly quickly in comparison to someone who has no training history [because] you won’t need to go through the process of forming new nuclei.”

So, while Jo may have suffered a huge setback, it shouldn’t be long before he’s back to his insane size. And, if you’re someone who trains regularly but suffers similar setbacks, don’t let it deter you from stepping foot back in the gym – provided you have sought expert advice on your situation, of course.

Watch how to get huge like Jo Lindner below