A$AP Rocky has worn the pants that no man would dare wear, he’s dressed like a Russian grandmother, and today you can add the most outlandish denim to his name. 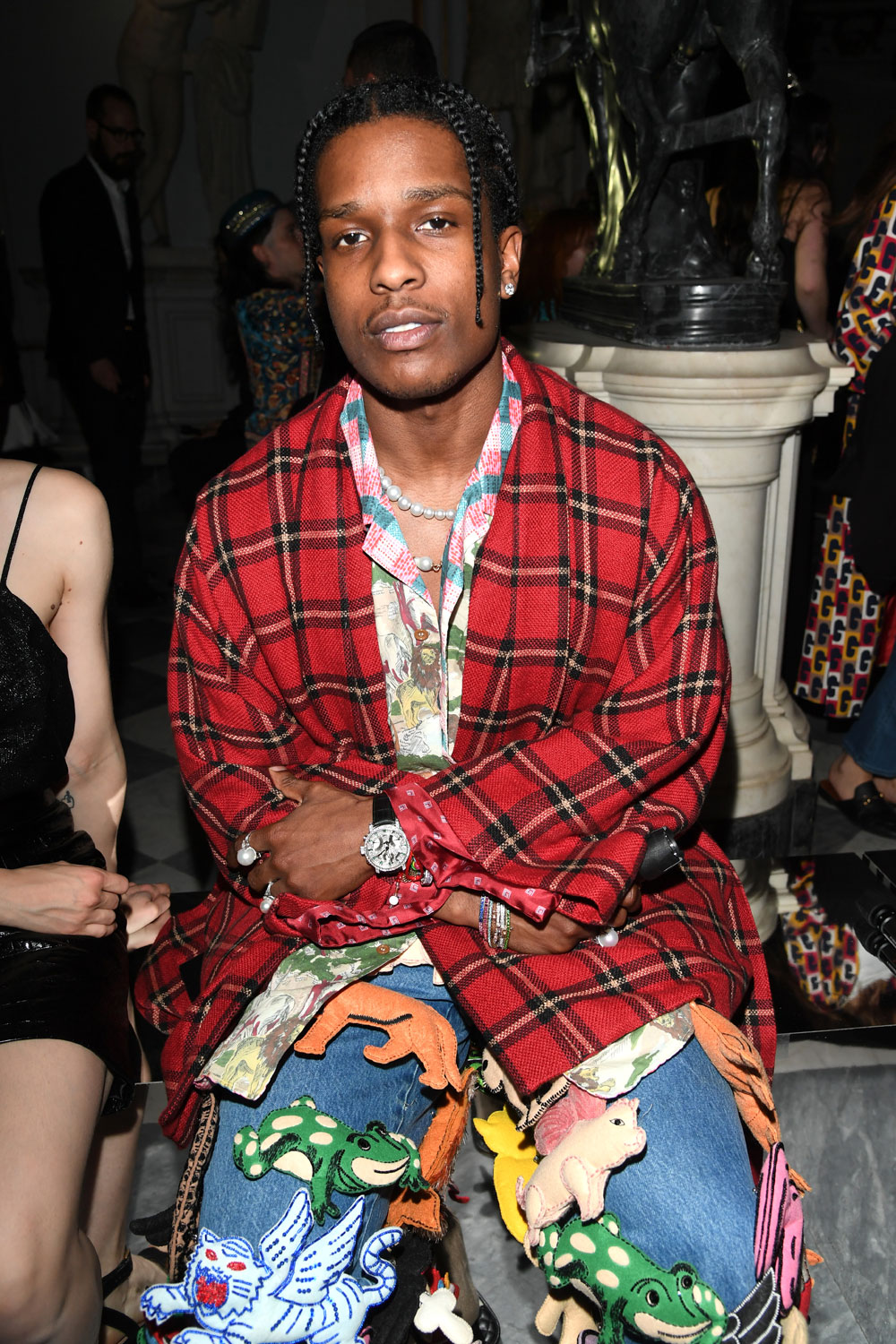 At the latest Gucci Cruise 2020 show at Musei Capitolini in Italy, Rocky donned one of the most mind-blowing pair of jeans we’ve ever seen. It featured 3D animal cut-outs of frogs, flying tigers, flying pigs…a flying harp and all manner of random symbolic animals which would make any Pokémon fan blush. Naturally it was an eclectic piece by Gucci. The American rapper and style connoisseur paired the denim with an oversized flannel shirt worn over a jungle safari shirt to keep in theme with the animal thing, we assume. After much snooping around though we still couldn’t figure out the extravagant timepiece on his wrist. It appears to be a custom diamond studded piece which doesn’t follow any watch design we’ve come across (let us know if you know what it is). 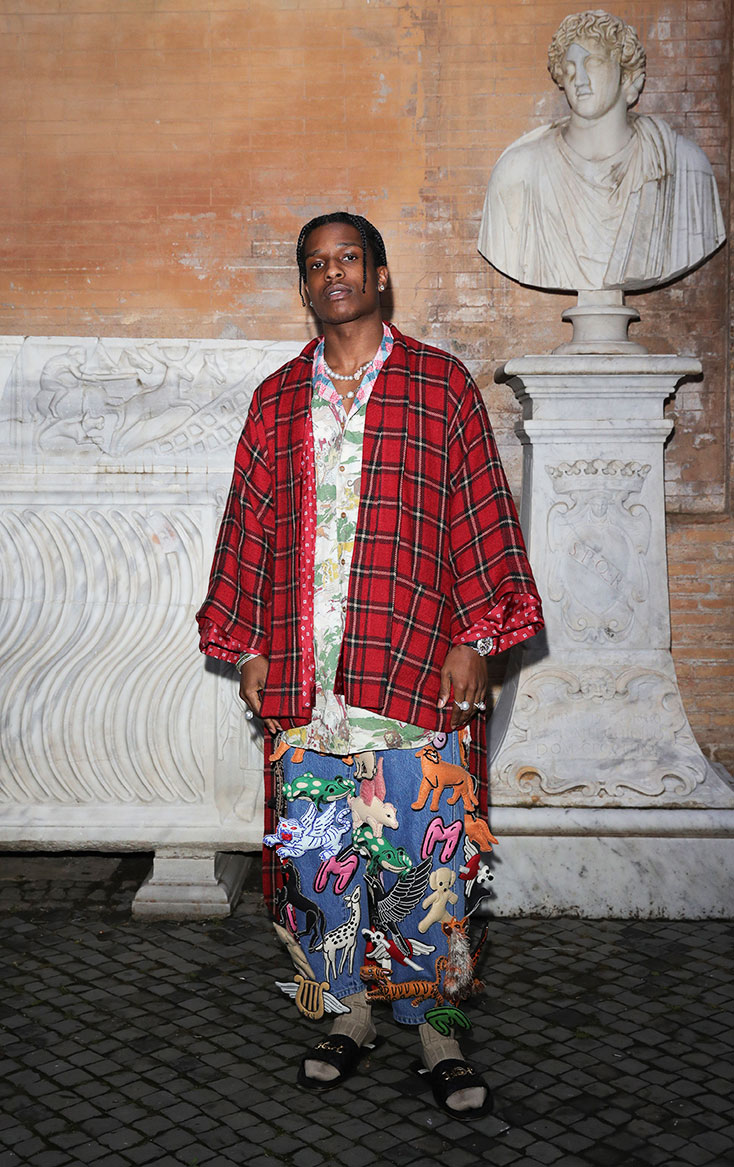 The Gucci swagger didn’t end there though. Rocky did the unthinkable by pairing Gucci sandals with granddad socks. Proceed with absolute caution if you’re going to try this one at home or just do it right like Jason Statham.

The entire look caused quite the stir online with some lamenting his outfit as something “designed by a 3-year-old”. That’s a bit harsh and they obviously don’t know Rocky’s preference in non-conventional menswear.

We do however agree with the “this guy has the whole Noah’s ark on his pants” comment.