How To Build The Ultimate UFC Body According To Robert Whittaker

Think you’re ready to step into the ring? Here’s what you’ll need both physically and mentally.

We’re going to break it to you lightly. Taking down an opponent in the MMA ring takes more than just a fast mouth and a fancy PR team.

Dedication to the sport in its most physical form comes first, before the hundred million dollar pay checks, before the flashy yachts and way before you even step foot into your first bout. But you already knew that.

What you might not have known is how a modern day MMA fighter needs to train in order to be at peak competition level whilst achieving the perfect UFC physique. We’re talking about the specific fitness routines, the type of diet required, the frequency of the training and the all important recovery process which is more adaptive than you think.

Helping us out on this crash course to MMA training is Robert Whittaker, the Australian who is a true fighter in every sense and currently competes in the middle weight division of the UFC where he holds the title as the interim Middleweight Champion.

Today we’re finding out directly from the man himself what his training program looks like along with any tips for those thinking of stepping into the unknown of this wildly popular sport.

Every Day Is A Good Diet Day 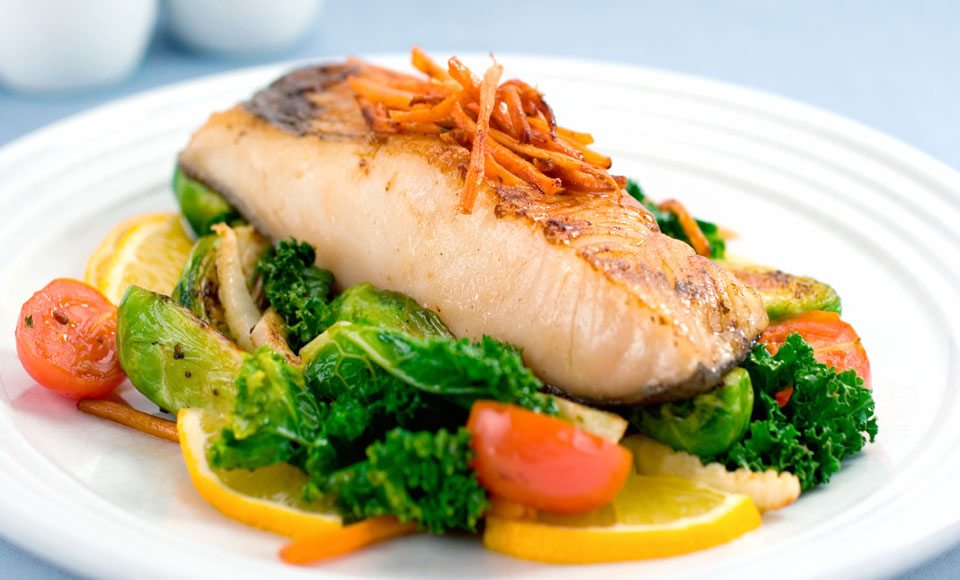 As with building any physique, there are rules to follow

The building blocks of attaining UFC levels of fitness and physique comes from dieting. According to Whittaker who admits he’s a big foodie, it’s not super strict but it is strict within reason.

As such, those looking to take the sport seriously need to avoid:

When it comes to Whittaker’s training there are also a few eating rules you should abide by. One of those is general dedication to the dieting program and the other is avoiding supplements altogether. Whittaker says he may take a protein shake every now and then but generally avoids everything else.

But what about the all important cheat day? Given that you’ve been dieting well, a cheat meal is fine, according to Whittaker.

“As long as I hit my sessions and training whilst eating 90% clean, a piece of cake here or there won’t kill you.” 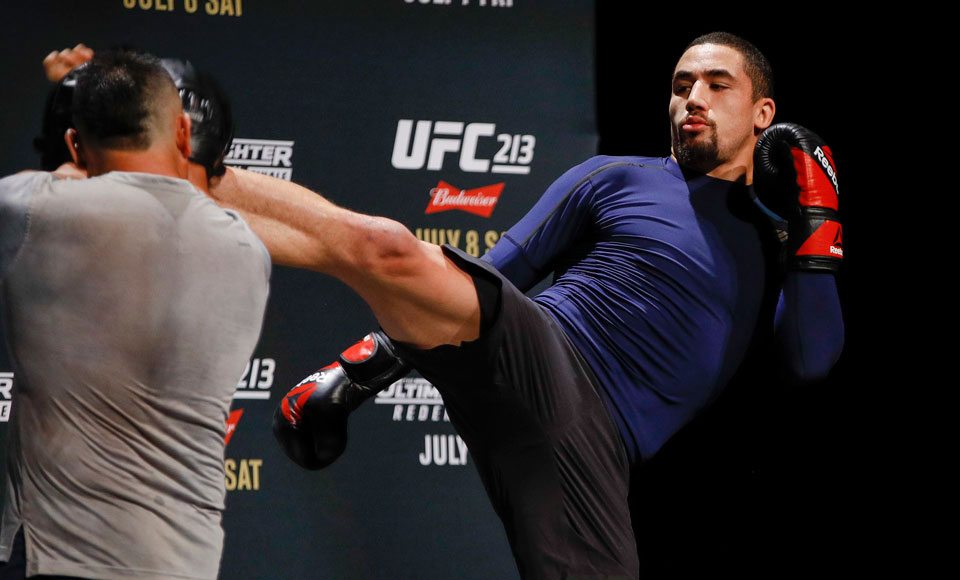 Now for the bad news. To attain the flexibility and strength of a UFC fighter, there can be no days off. Whittaker trains seven days a week in which there are 22 sessions.

The hours can vary to as high as five or six hours or one, depending on the training intensity. Whittaker’s high performance coach tells us that the alternating drill is what keeps Whittaker in fighting form which balances technique, fitness, endurance and strategy.

The definition of Whittaker’s recovery session varies but generally it comes in the form of a stretching program, spa time and pool time. Whittaker puts a strong emphasis on his stretching pre-hab and rehab program.

How To Avoid Injuries In MMA 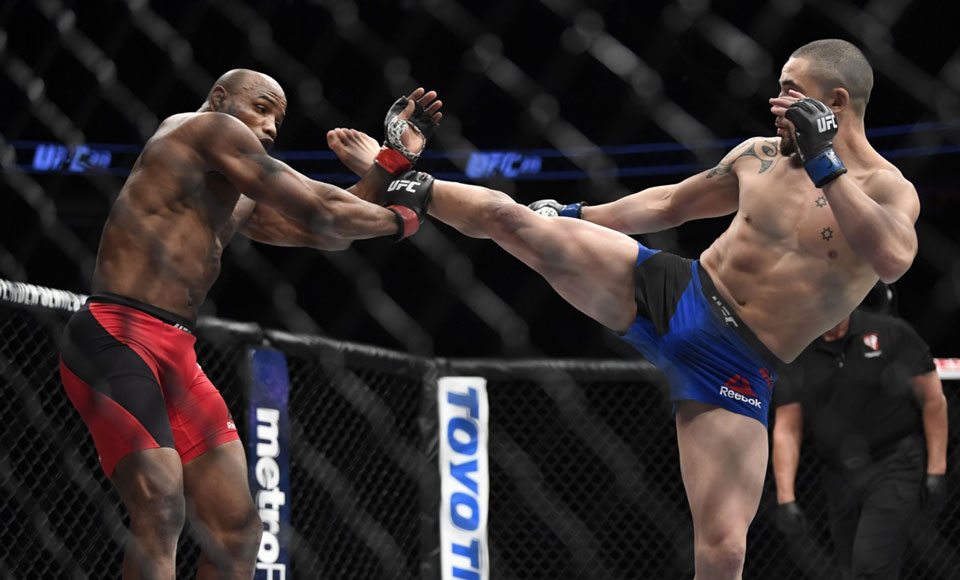 If you ever do make it into a bout, odds are you’re going to take a few hits. That’s something you can’t control but what you can is the injuries inflicted during training.

Whittaker says that pre-hab and strength and conditioning is a huge part of avoiding injuries during MMA training. It’s all about making sure the little muscles are connected well and strong enough to take on the training.

Most importantly though, “you can’t just jumping into the training that I do; you need to build into it gradually,” says Whittaker.

“Hit them consistently and make sure you’re limber where they need to be.”

“I have a written program from my high performance coach and he makes sure my sessions meet my loads. Looking at the spreadsheets he can see that I’m not training too hard, I’m getting enough rest, recovery and hitting skill gaps.”

How To Stay Motivated To Train

There’s no doubt that building a winning UFC body takes teamwork and Whittaker has one of the most talented in the country behind him. On days where you might lack motivation or energy, Whittaker says that training in the gym with mates and ticking boxes is a good way to stay motivated.

On a more intrinsic level, you also need to look at what foods or nutrients you’ve been ingesting in the first place which has put you in this state. Keep a record of that and you’ll pinpoint the source of the restlessness. 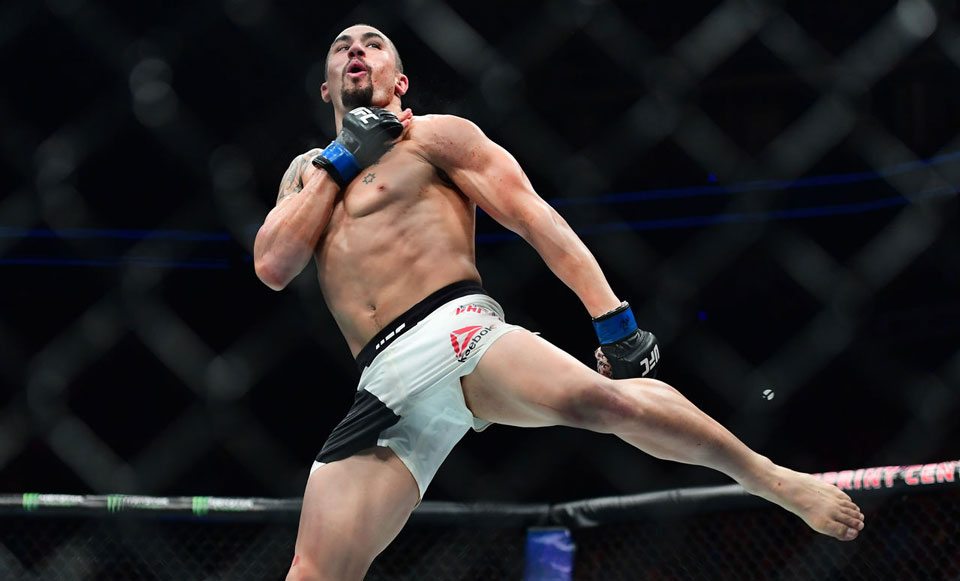 Impatience, essentially. Attaining a body fit for fighting in a sport like UFC takes time, dedication and a very specific program.

This means there’s no easy way to quick results, according to Whittaker.

“People want the secret formula and the quick route. That doesn’t exist. It’s all about one step after another every day until you look back and you’ve walked a mile.”

Where To Build Your UFC Body

Based in Sydney? Check out the five best UFC gyms that will unleash your inner MMA fighter. Alternatively, if you’re after a different physique, check out how to build the ultimate special forces body.