Reckon you could go knuckle to knuckle with Conor McGregor in the octagon and come out victorious? While that’s probably a delusional thought of yours, you can at least do your best with regards to training at a dedicated MMA gym. MMA gyms are specially designed to help you become the best fighter you can be, offering a range of classes and martial art disciplines to get you in fighting-fit shape.

Sydney is comfortably home to its fair share of gyms, including those that train you extensively in just about every discipline of martial arts, but only a select few bring them all under one roof. But selecting the best ones within that group is what could separate you from reaching the upper echelons akin to Conor McGregor, and being a complete wash out with no potential fighting career.

We’ve, therefore, rounded up the very best UFC and MMA gyms in Sydney, including the CBD and surrounding areas, so you can start increasing your strength and power to earn those knockout wins. Even if you don’t go with the intention of wanting to fight someone someday, your nearest MMA gym is simply going to be a place to get fitter. 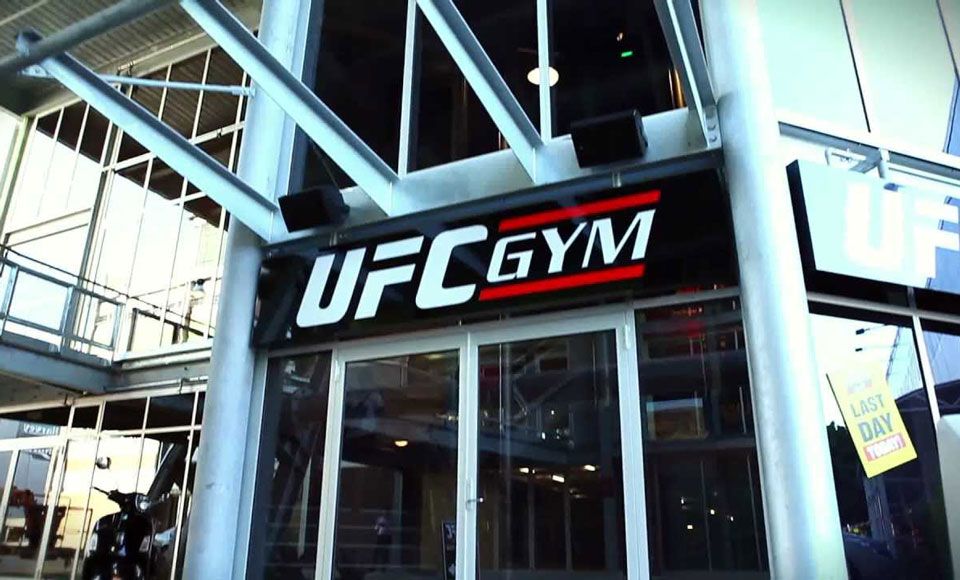 It should go without saying that one of Sydney’s best MMA gyms is, of course, going to be owned by the actual UFC. With several locations in the Sydney region – and with more locations in NSW and the other Australian states – UFC Gym is the best place to start on your UFC journey. Being the ‘official’ gym of the UFC, these gyms have a range of classes and training programs all designed to get you to a similar fitness and strength level as the professional athletes. The gyms also have access to those athletes so that they can fill members in on their personal training regimens and dietary plans, so you can essentially train just like Conor or Jorge Masvidal, for example, if you wish. 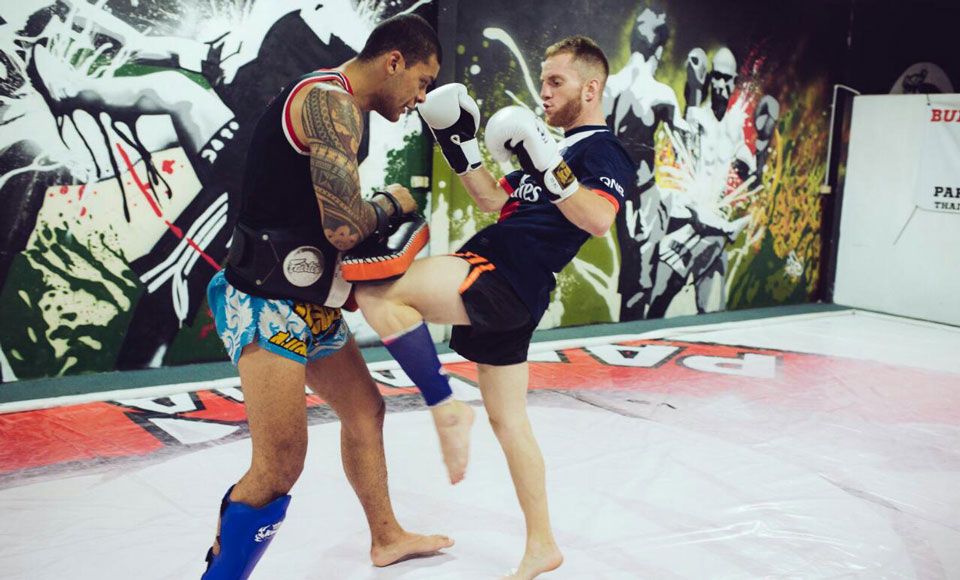 Bulldog has been on the Sydney MMA scene since 2007 and has been pumping out Muay Thai champions ever since. Management has changed since it opened, and current owner Milad Sahoun has now staffed the gym with some of the best trainers from around the world. Bulldog specialises in Muay Thai, Jiu Jitsu and MMA, but can also be called upon as an everyday gym to help you reach personal fitness goals. Classes include boxing, boot camp, Muay Thai and jiu jitsu and you’re able to pay for casual visits if you don’t want to sign up to a full membership. 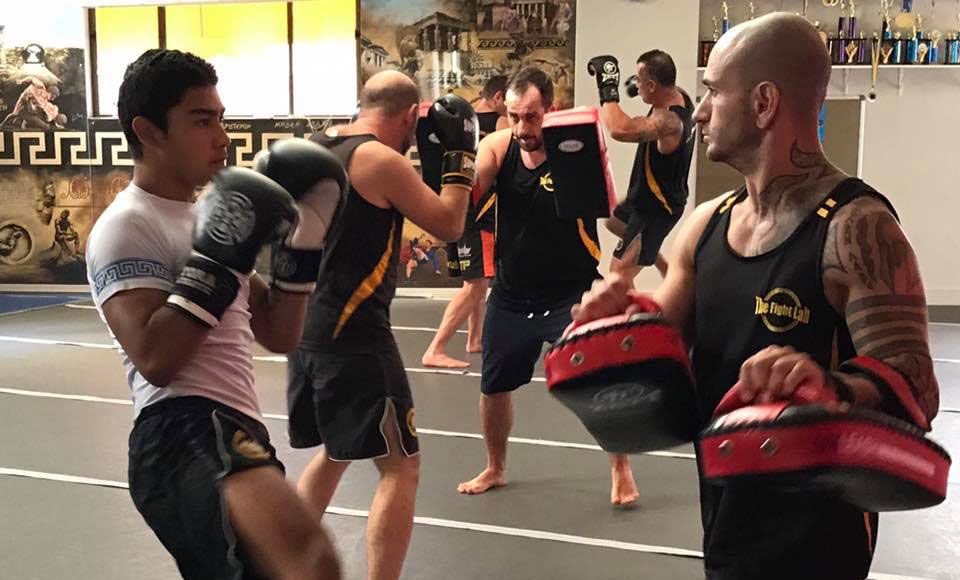 If you thought being in Sydney since 2007 was a long time, then you’ll think The Fight Lab is practically ancient. Setting up shop in Tempe in 1994 and remaining there ever since, The Fight Lab is very much a gym for the people, welcoming everyone of all ages, abilities and genders. It’s also one of the few Sydney UFC gyms that specialise in teaching Pankration, an MMA style that includes boxing, kickboxing, wrestling and submission techniques. It’s pretty brutal, and people will certainly fear you if you learn how to master it. 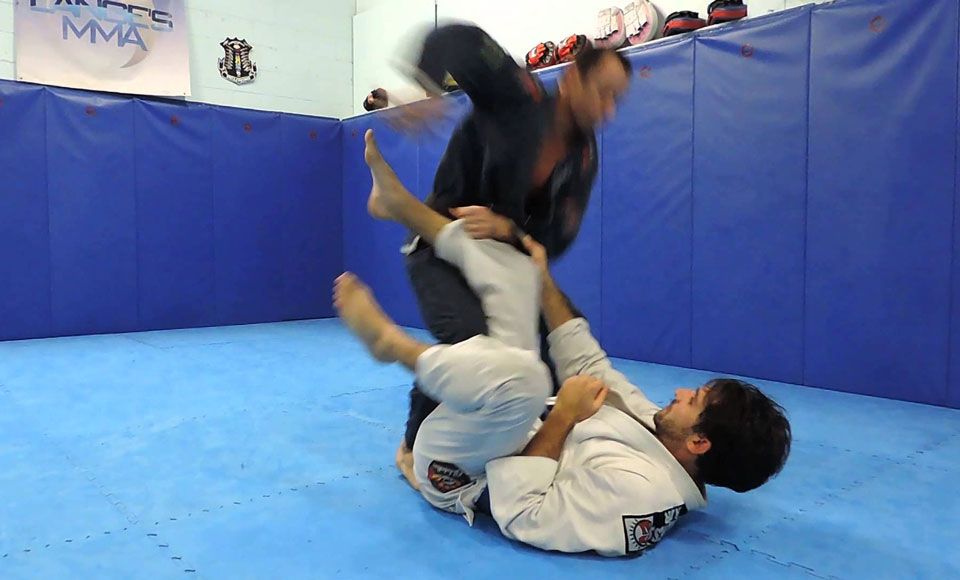 Teaching the residents of the Northern Beaches how to fight since 1994, Langes MMA is a family-run institution that continues to follow the motto “Developing the individual”. Whether you’re simply looking for a healthier lifestyle or you want to learn self defence, Langes MMA has you covered. With more than 10 black belt coaches on the Jiu Jitsu training team, you can be confident you’re going to get a top-notch education, and trainers for other disciplines are accomplished and experienced in their respective fields. 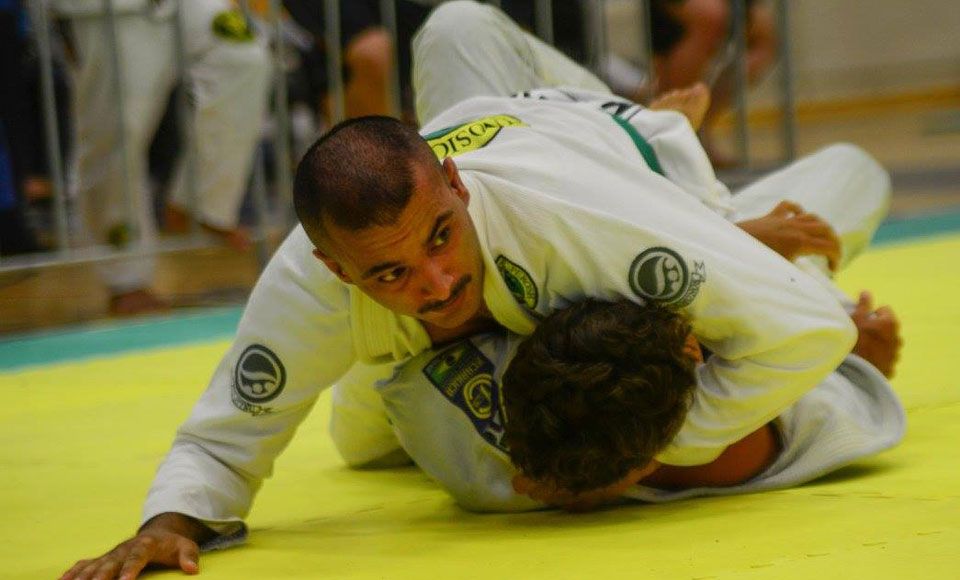 SPMA is helmed by its two lead instructors, Anthony Perosh and Elvis Sinosic and has locations in Moorebank and Five Dock. But why should those names matter? Well, Anthony is a current UFC Ligh Heavyweight Fighter and is a 3rd degree Jiu Jitsu black belt, while Elvis, too, is a 3rd BJJ black belt and has spent many years practising the techniques of UFC. Classes include BJJ, MMA, self defence, Thai kickboxing and even yoga, because, after all that anger and rage, you’re going to appreciate being able to chill out and focus on your breathing and flexibility. 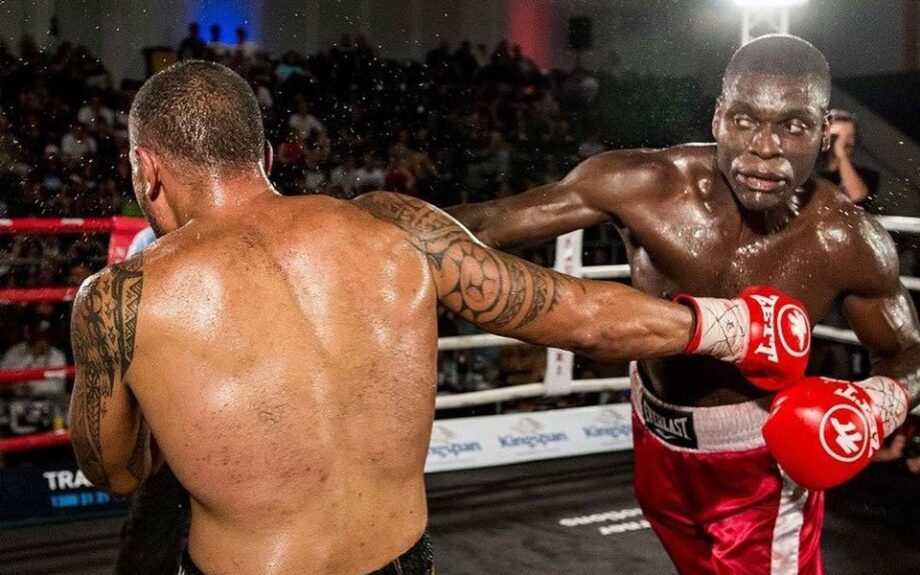 Perhaps one of the better located UFC gyms in Sydney, Ultimate Fighting Centre can found a stone’s throw from Wynard station. The gym covers all the basics of UFC fighting, including BJJ, boxing, functional training (think HIIT classes, cardio and strength work), Muay Thai and Capoeira, an Afro-Brazilian style of martial arts that combines dance, acrobatic and music to deliver powerful kicks. Some classes are taught at the Brookvale branch in the Northern Beaches, but the CBD caters for the majority. 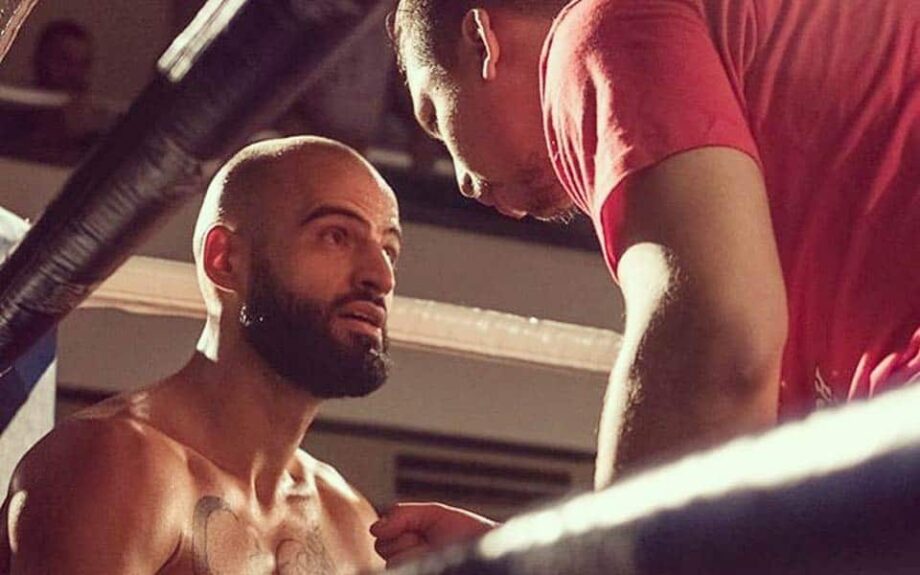 Just down the road from Moore Park, Legends Gym is another well-located fitness centre that can transform you into a force to be reckoned with. Classes include boxing, Muay Thai, BJJ and MMA, but the gym also has a conventional weights floor and a cardio room. Personal training is available for those really looking to hone their skills, and a range of membership options will suit all budgets (and dedication levels). 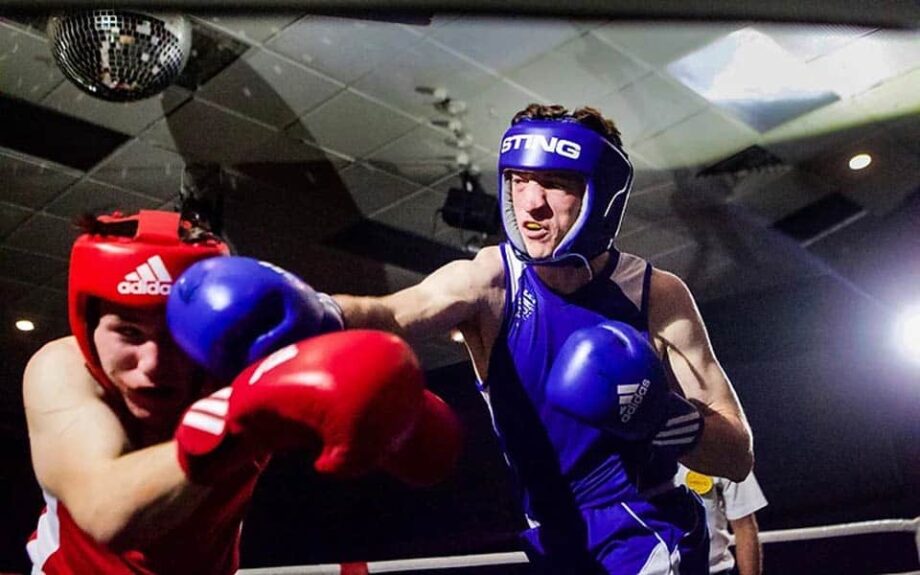 No Quarter is a fully inclusive fighting gym close to Redfern station. Not only does it focus on boxing and kickboxing disciplines, with classes catering to beginners and those more experienced, this gym also has a comprehensive strength and conditioning program, along with sparring training, which offers a pathway into the gym’s ‘Knuckleheads’ fighting team. 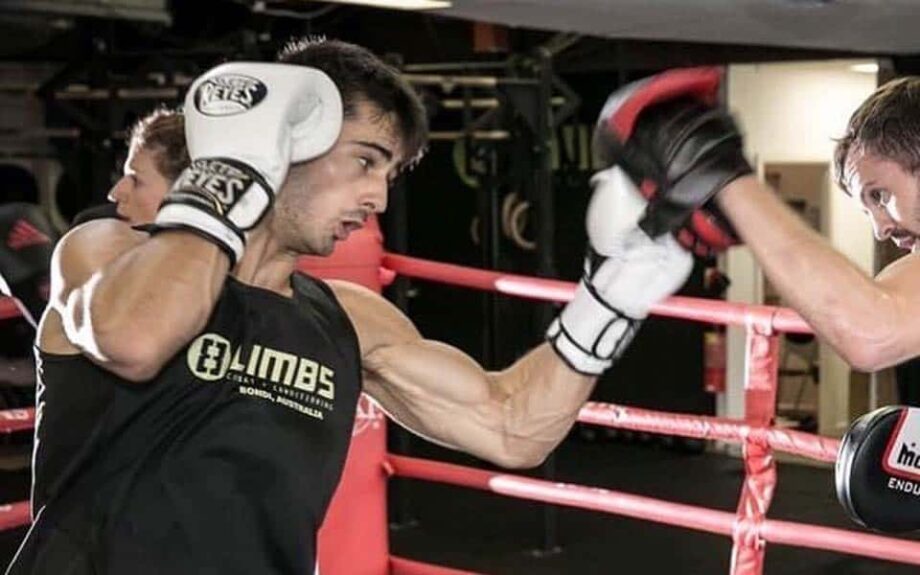 You didn’t think we’d love out the Eastern Suburbs, did you? For those living east of the CBD, Eight Limbs is a premium fitness and training facility that specialises in Muay Thai. The majority of the training team have experience and/or championship titles under their belt, so you can be sure of quality education. Other classes include X-Training, which combine strength and cardio training to deliver all-over body results. 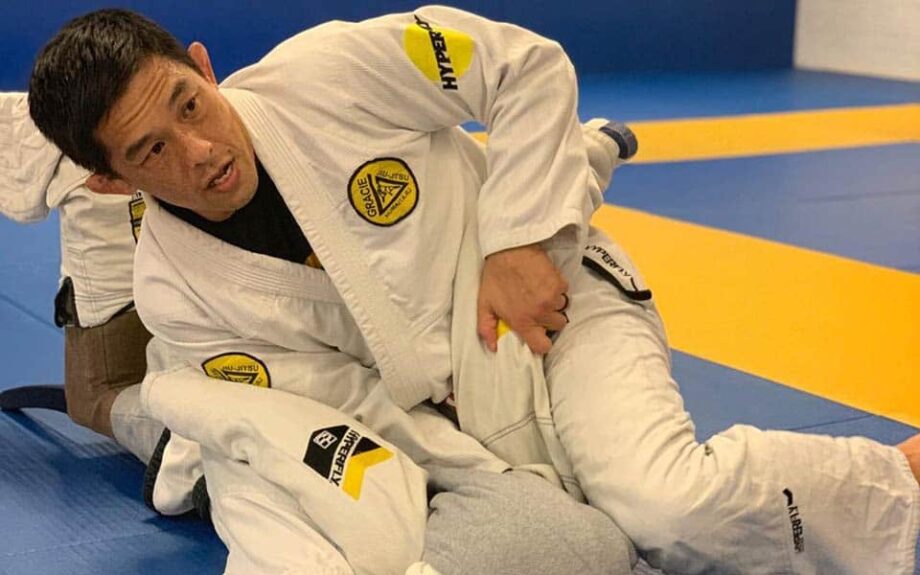 Nestled down in the Sutherland Shire, Gracie Jiu Jitsu is dedicated solely to the art of BJJ. Promising its academy will enable even smaller, weaker individuals to be able to take down bigger and stronger opponents, Gracie focuses on grappling techniques, especially those on the ground. There are no casual visits here, however, as it’s a members-only club, but you are able to try a free class to see if Gracie’s style of teaching is for you. 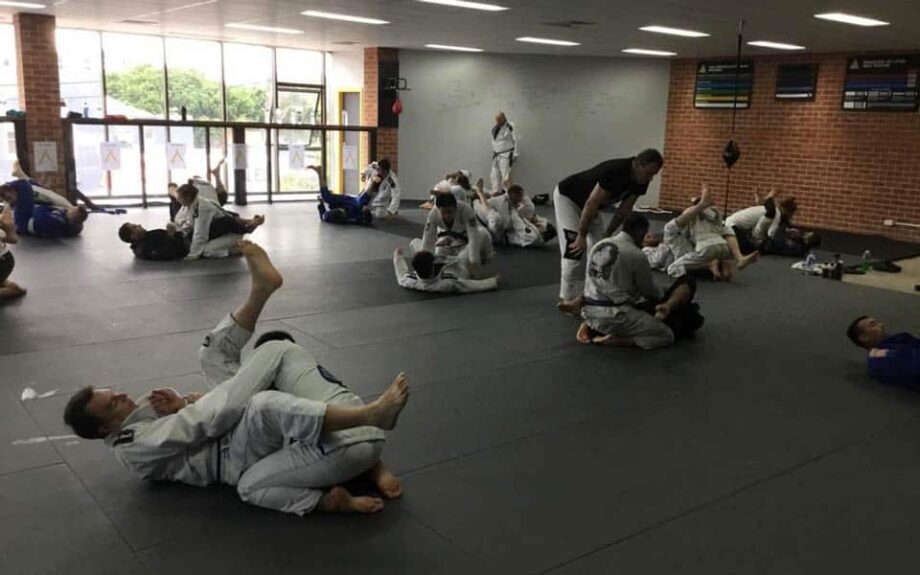 Straight Blast Gym Australia is affiliated with SBG International and was set up by Ben Power, following a meeting with friend John Kavanagh, Conor McGregor’s head coach. SBG (all locations) abides by the principle of “Aliveness” and promises to offer a welcoming atmosphere: “One Tribe, One Vibe.”

With SBG, you’re able to train in BJJ, MMA Striking or for the more advanced, conventional MMA training. The former two can be trained either as a collective or as a focus on one discipline.

UFC stands for Ultimate Fighting Championship, and is the name of the promotion company that holds fighting events based around MMA – Mixed Martial Arts – and is the championship that catapulted Conor McGregor into the spotlight.

BJJ – Brazilian Jiu Jitsu – is a fantastic form of martial arts that can significantly help to develop your core muscles. It will help develop your overall level of endurance and fitness too.