Get ahead in red.

Conservatives say men should never stray too far from the grey suit, navy suit or black suit. Anymore colour and you’re heading strictly for fashionisto territory, a place where not all men are comfortable with. Well Miguel just made it a bit easier to accept the bright red suit as a cool wardrobe addition. 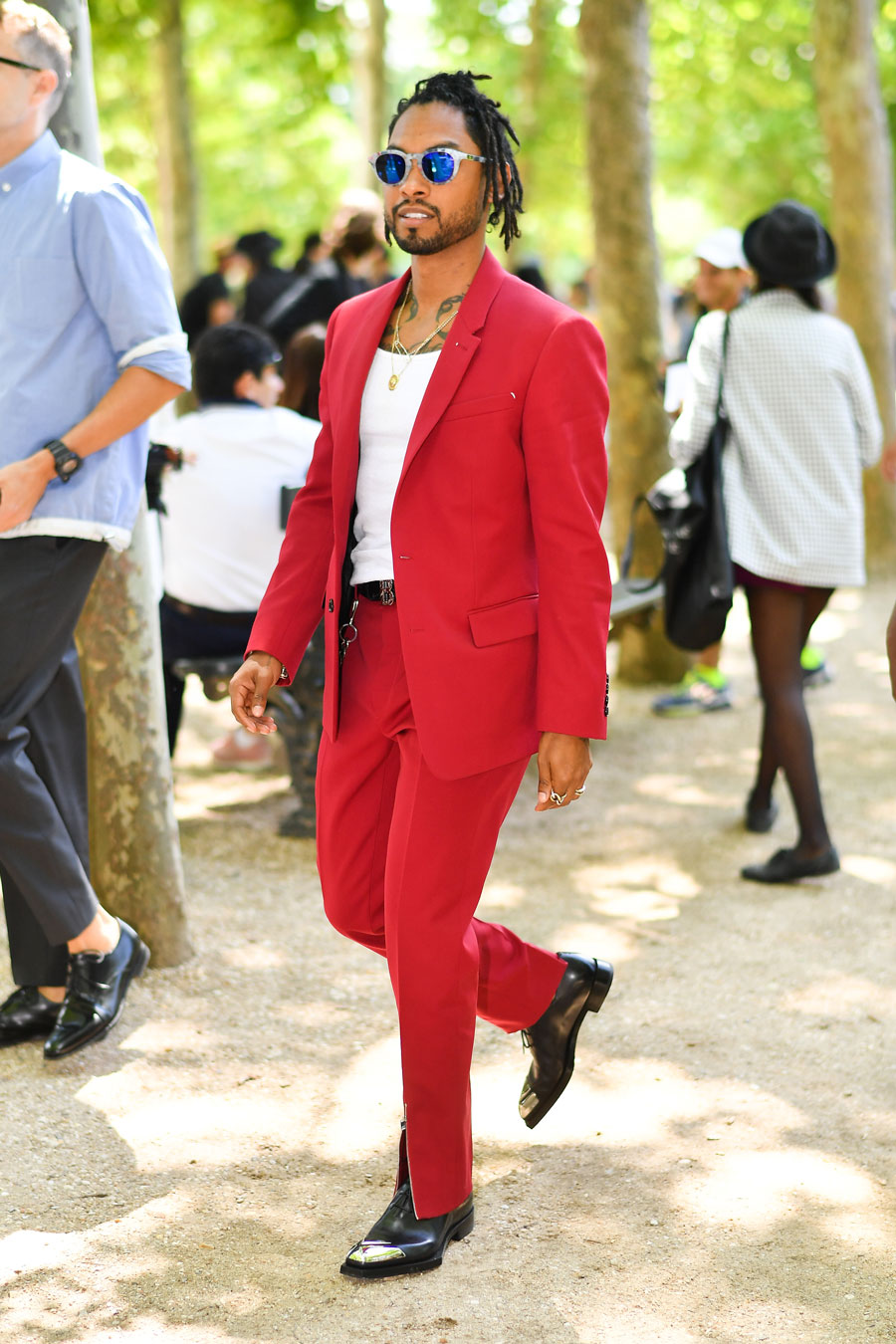 At the recent Berluti menswear launch at Paris Fashion Week the American singer stepped out in a striking red suit by Berluti that pushed all the right buttons in casual men’s suiting. The pared down look consisted of a big fit blazer with matching zip hem trousers worn simply over a white tank. The dress shoes were something special as well with black and silver mirrored toe caps adding the right amount of polish without going overboard. It’s a simple look which lets the suit colour take centre stage with added accessory details such as mirrored sunglasses and jewellery. 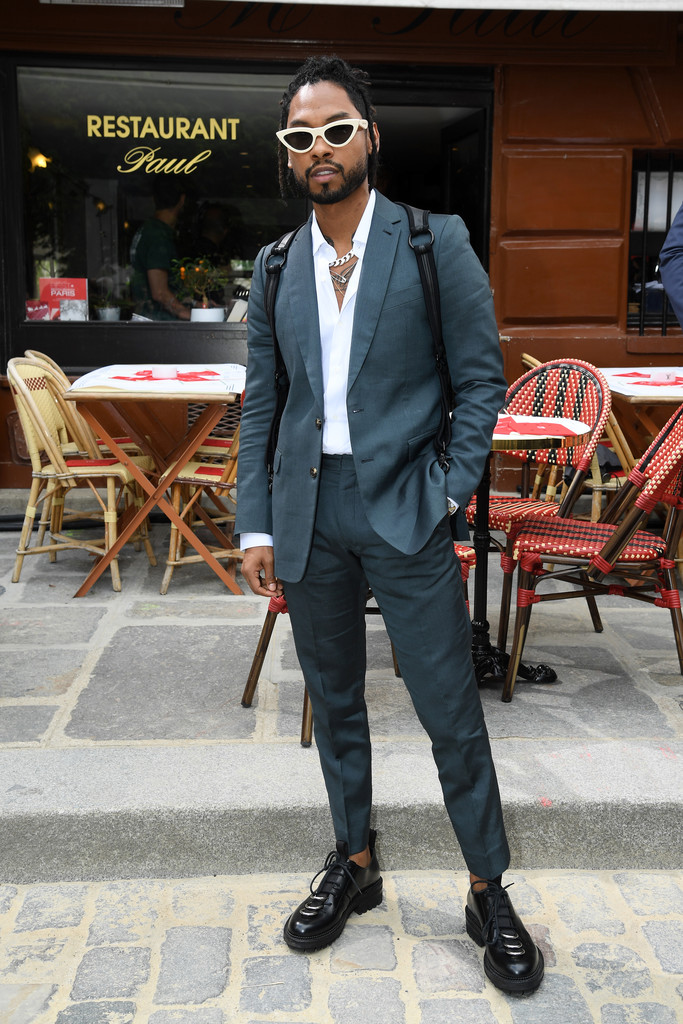 If the red doesn’t convince you then perhaps a bit of teal? The day prior Miguel stepped out in another unconventional colour to the Louis Vuitton show. The formula was simple: no tie, no suit accessories. Just a pared down look with an unbuttoned white dress shirt and polished shoes.

We’ll admit that these colours aren’t for everyone but if you’re game, Miguel is the potential path you could be following in. And it’s a damn fine one to walk.