David Beckham is a style icon… from the ankles up. 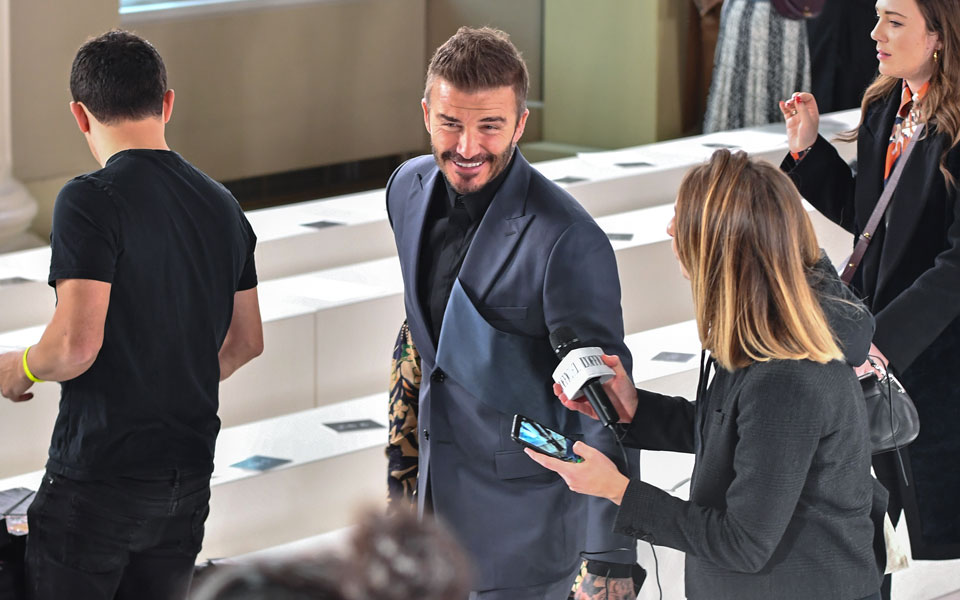 When you’re one of the best-dressed men in the world, committing a fashion faux pas should be impossible. However, for David Beckham, he’s made the impossible possible and slipped up with his sartorial style.

The crime in question happened on February the 16th, 2020, when he dressed for his wife Victoria’s runway show at London Fashion Week. As expected, Golden Balls got his outfit spot on, for the most part at least. He styled himself with a suave dark grey Dior suit, and as ever, David’s haircut was on point, but take a look towards his ankles and you won’t believe your eyes.

Undoing what was otherwise an impeccable outfit, Becks wore white socks with dark shoes. A cardinal sin if ever there was one.

He then sat front row (with his kids Romeo, Cruz and Harper), rocking a Cheshire smile as if no one were any the wiser. And – thanks to the baggy trousers he’s been wearing lately (though this pair aren’t as wide as the ones he’s been rocking in recent months) – no-one was any the wiser. 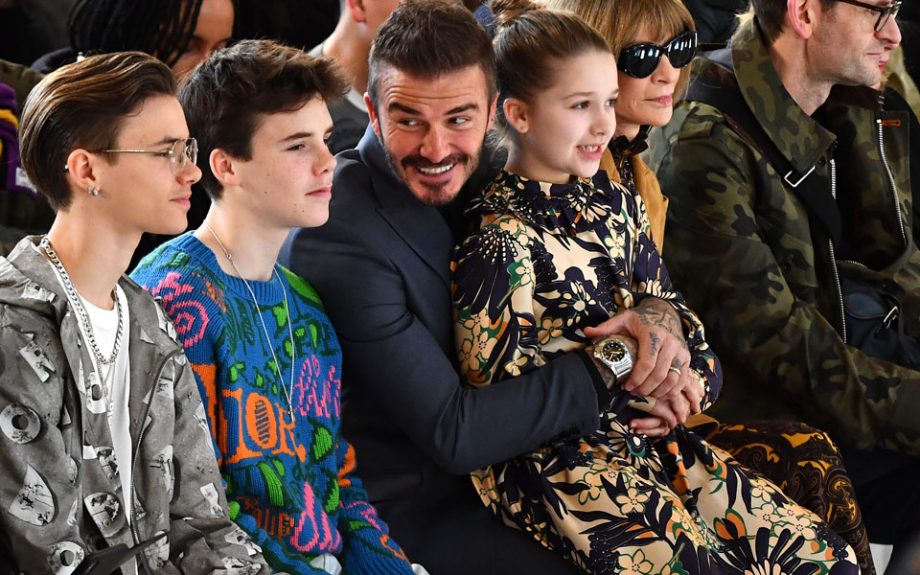 As for clothing specifics, all three Beckham boys were dressed in Dior, with dad David rocking a grey suit (and, as we may have mentioned, an outrageous choice of socks). Meanwhile, sons Romeo and Cruz went for more eye-bouncy items, Cruz’s pre-fall 2020 sweater being a #highlight.

Once again Beckham proves a style icon. From the ankle up.