Is there any greater hairstyle icon for modern gentlemen than David Beckham? While the likes of Brad Pitt, Jeff Goldblum or Harry Styles may come close to being as influential in the style space for guys, Becks is in a league of his own. The footballer-turn-global-megastar consistently delivers look after look, is a regular trendsetter and knows how to pair accessories with his outfits.

And, while he may be known for his clothing choices, such as that metrosexual sarong, it’s his ever-changing haircuts that regularly grab the headlines. We can’t think of many other style icons that change their hair so frequently, and David has rocked his fair share of hairstyles over the years.

His crazier, more daring hairstyles may have died along with his soccer-playing career (we’re sure everyone will want to forget his Alice band days) and today, he can consistently be seen sporting the latest on-trend haircuts instead.

With him being such a source of inspiration, we thought we’d consolidate some of Beckham’s best haircuts into one piece, giving you what is essentially a hairstyle bible that you can take with you next time you visit a barber shop – we’ve also included a couple of images at the end of David Beckham hairstyles you’ll want to avoid.

While a Becks-approved haircut won’t give you golden balls, it will certainly increase your style game.

With him sharing the majority of his time between America, where he owns and manages the Inter Miami soccer team and England, David Beckham spends a lot of time in the sun. It’s probably because of this that he tends to favour rocking a short hairstyle, and, knowing how to make a good haircut a great one, usually goes for a fade haircut.

Fade haircuts are easy to achieve and can be worn by most guys, regardless of face shape. Finding the best fade length to the hair on top may come with a bit of trial and error, and if you’ve never rocked the fade haircut before, then we’d definitely suggest taking some images with you to show your barber. There are variations of the fade haircut: low; medium and high are the main ones, and lately, it seems our Becks has been rocking the high fade.

When the world was sent into lockdown during 2020, many guys resorted to cutting their own hair at home. While that practice spawned a variety of results: some good, some bad, for David Beckham, he went with the easy option and cut all his hair off.

The buzz cut is not only a great haircut for when you want to reset your look and start afresh, but it is incredibly low maintenance and can help accentuate your facial features.

On the subject of haircut trends during the global lockdown, some guys resorted to bleaching their hair because they thought it would be some time before they went back to the office. David Beckham was one of the champions of the platinum bleached hair look in the 90s during his heyday at Manchester United. While Becks’ interpretation of the bleached blonde look was questionable, to say the least, as long as you look after your hair properly after bleaching, it can look ice-cool.

Walk down the street now, especially in a hipster-centric area, and you’ll be able to spot at least a handful of man buns and ponytails. The long hairstyle trend is certainly here to stay, but David Beckham was one of the first to rock the man bun hairstyle during his spell at Spanish soccer club Real Madrid (also with blonde highlights).

The man bun can be worn in a variety of ways, many of which will depend on how long your hair actually is. For us, the best-looking man buns rely on hair that isn’t long and luscious, but rather hair that border on more unkempt, as it allows for a messier, more stylish look. And, while not always the case, man buns can look especially great when paired with a solid beard.

One of Becks’ best-loved hairstyles has to be the pompadour – although it can on occasion be classed as a quiff hairstyle, depending on the length.

Putting the crazier hairstyles of his soccer-playing days behind him and taking his forties in his stride, David shows how middle-aged men can remain as stylish as ever with a slick pompadour cut. David opts for a slightly shorter length for his hair on top, but if your face shape allows and you’re daring enough, you can go for something longer. David also usually rocks a side-part style, adding an extra layer of sophistication.

The pompadour hairstyle is a versatile haircut, but is one that tends to suit guys with square or oval-shaped faces better, as it helps to accentuate facial structure. However, the versatility comes in the fact that the hair on top can have its length altered, while still being classed as a pompadour.

David loves an undercut. Qualities of the classic undercut haircut can be found within some of his looks, such as the pompadour, but on occasion, he has gone for a more obvious style. This means the sides of his head are completely shaven, leaving just longer hair on top that is swept from the front towards the back.

The undercut haircut should work for most men and most face shapes, you will just need to be careful with the length on top and adjust it accordingly. Rounder face shapes will do well to have longer hair on top, whereas guys who are blessed with strong cheekbones will be able to pull off a shorter length on top. Both, however, will need buzzed sides.

What hair gel does David Beckham use?

Most hair products are similar so don't feel you need his hair product to achieve the same results.

Without plastic surgery, it may be hard but start by following his haircut trends and taste in fashion.

What is David Beckham's haircut called?

David Beckham is most known for his wild haircuts but the most common is called the quiff or pompadour. 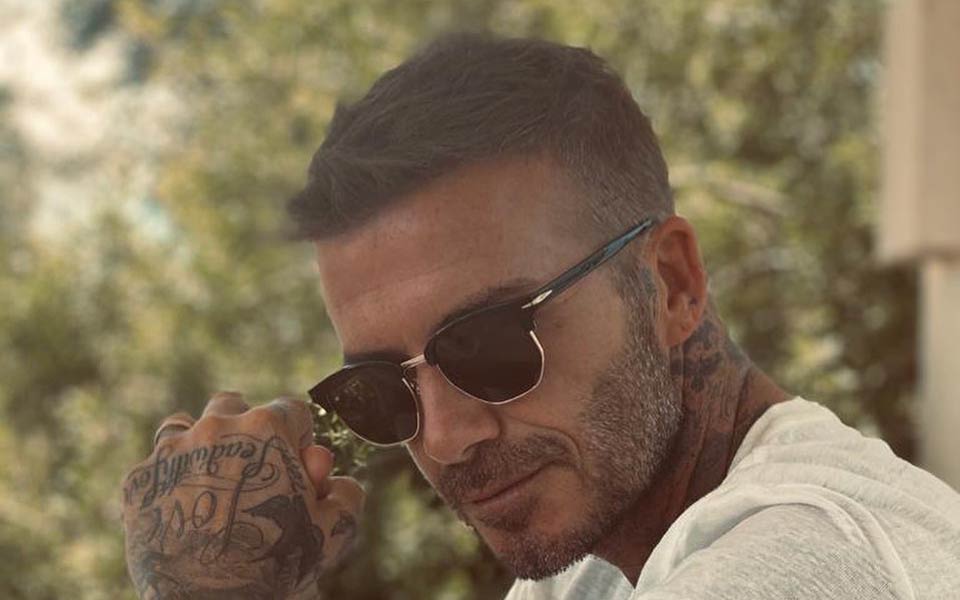 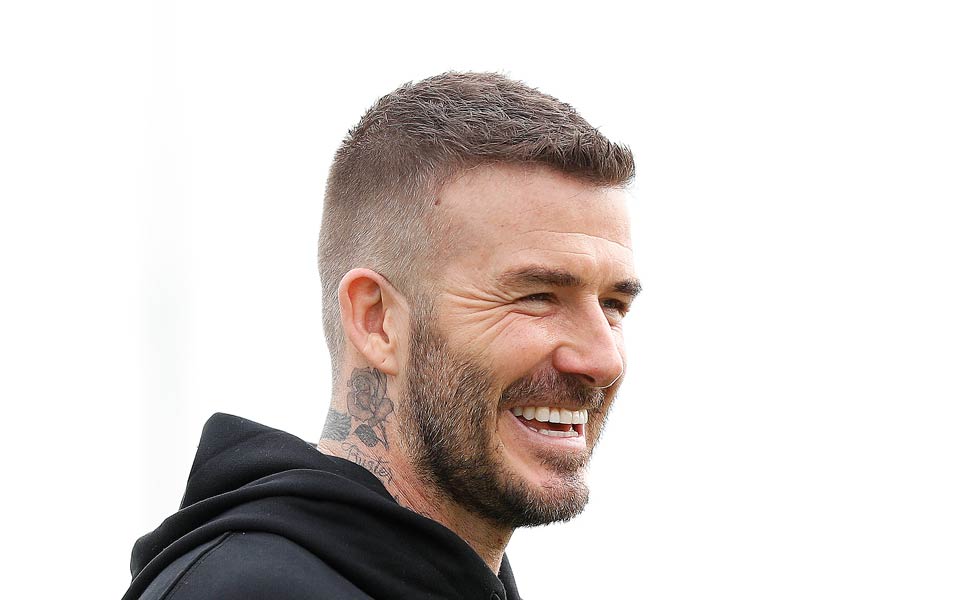 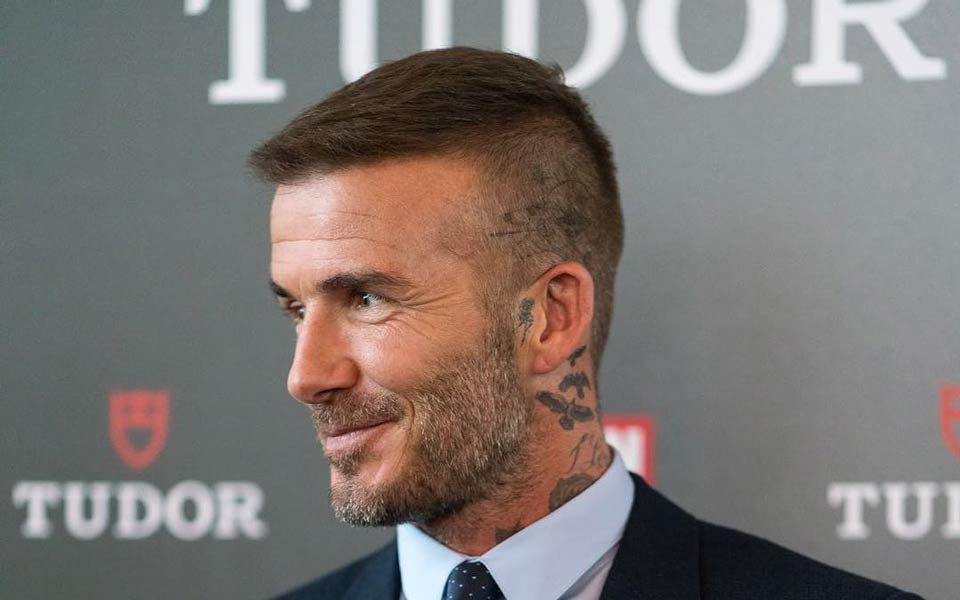 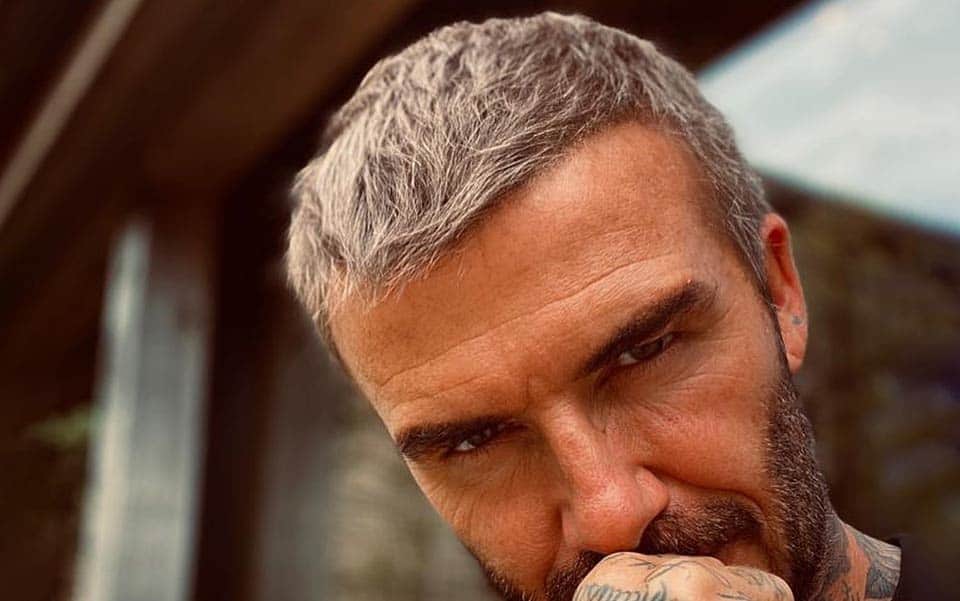 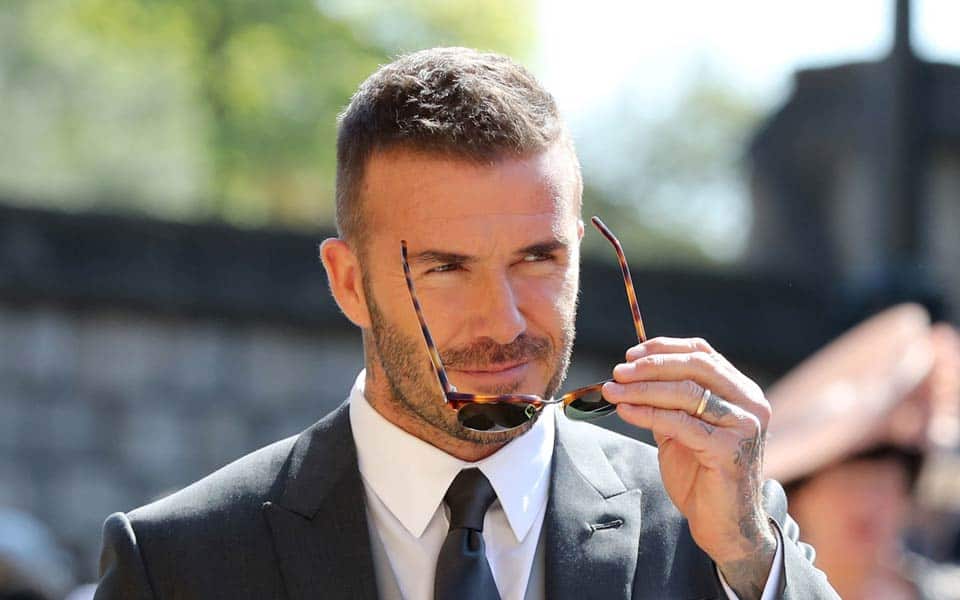 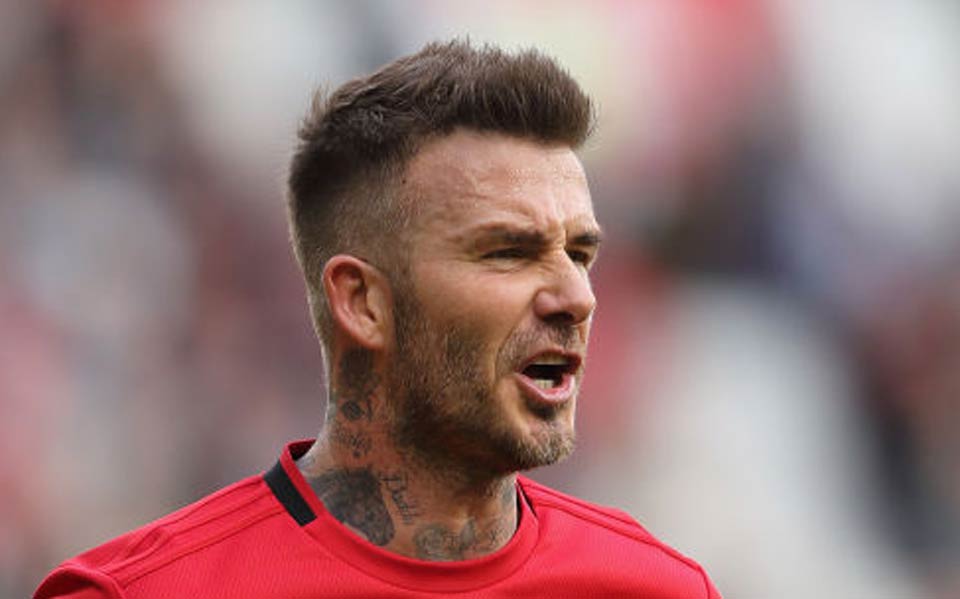 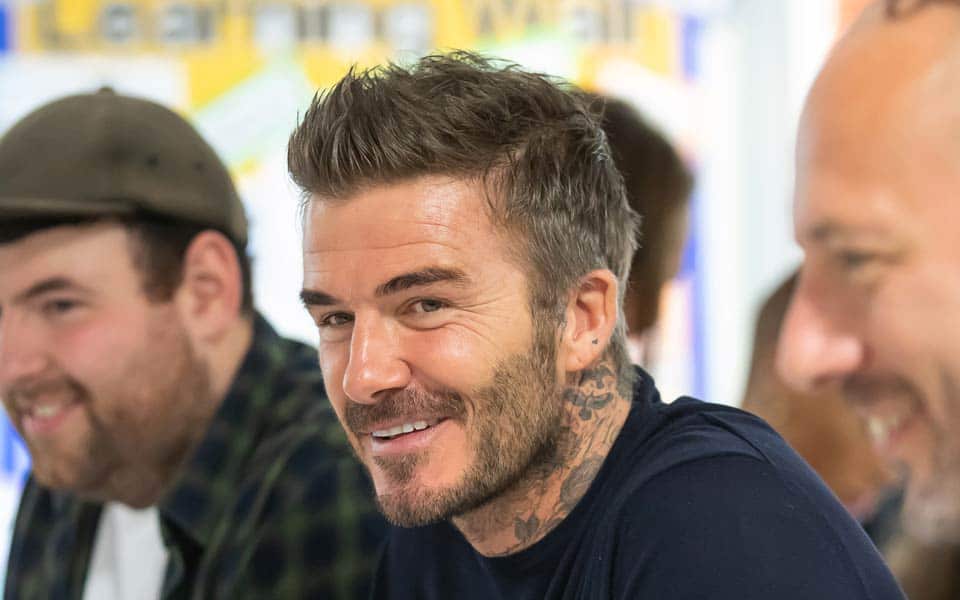 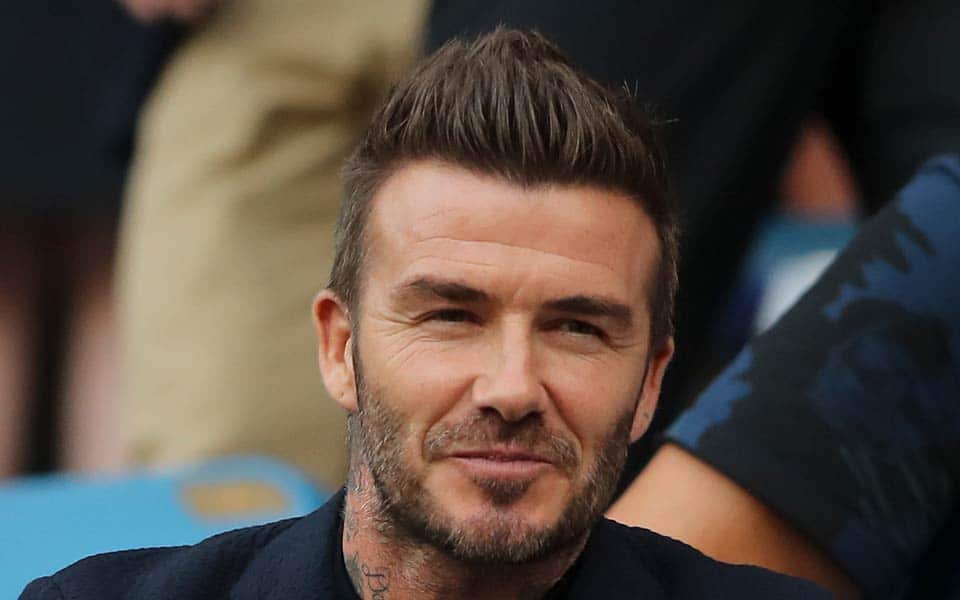 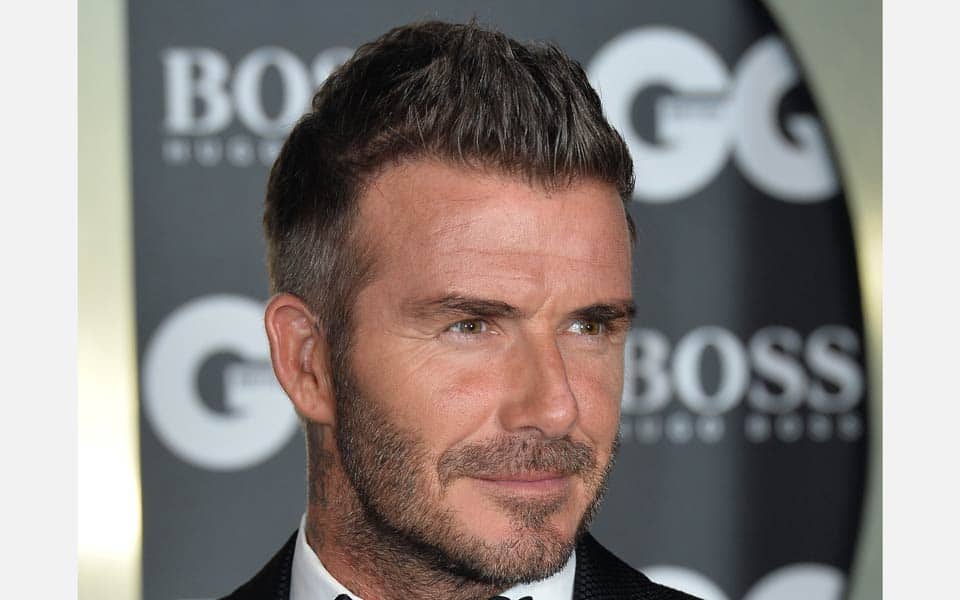 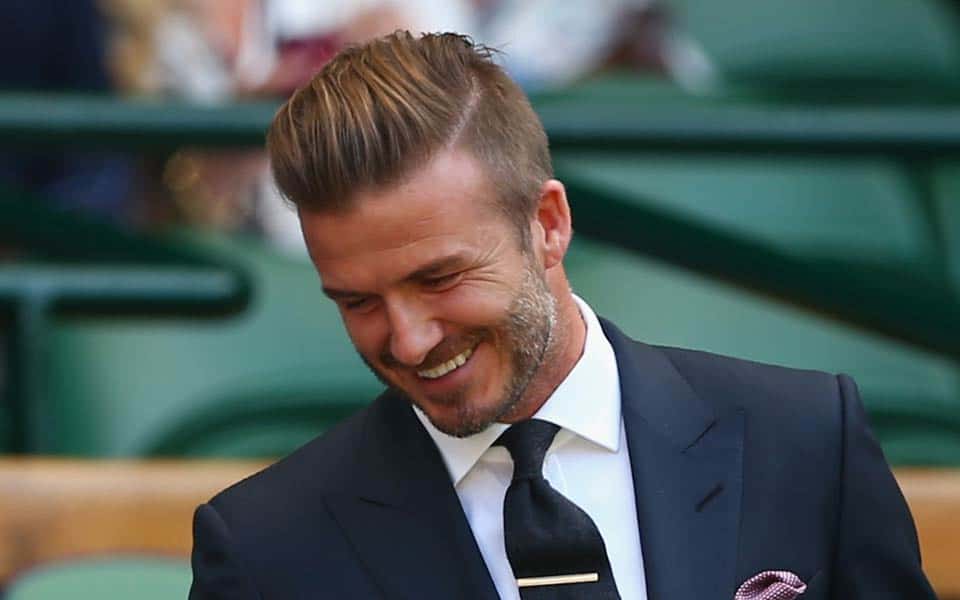 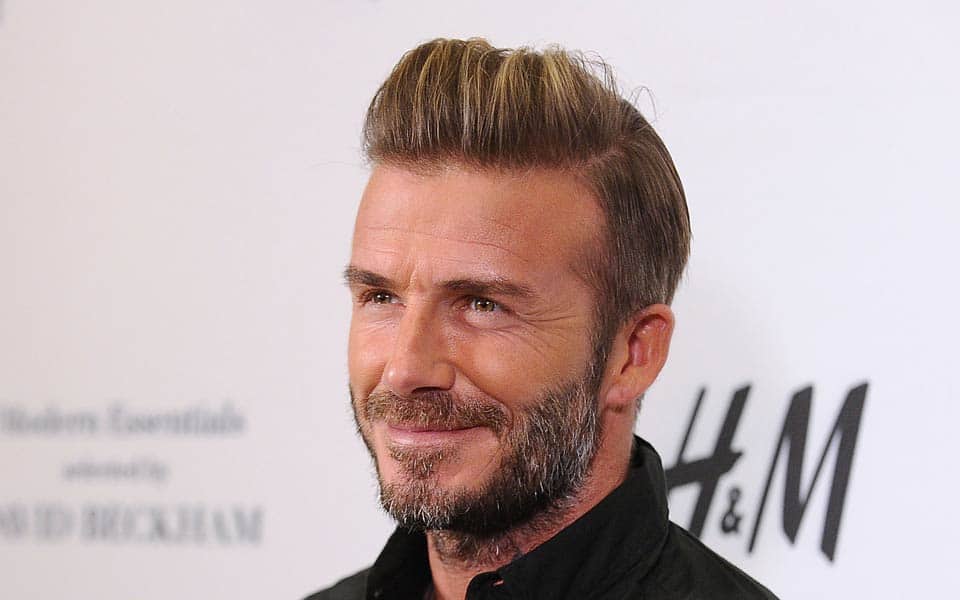 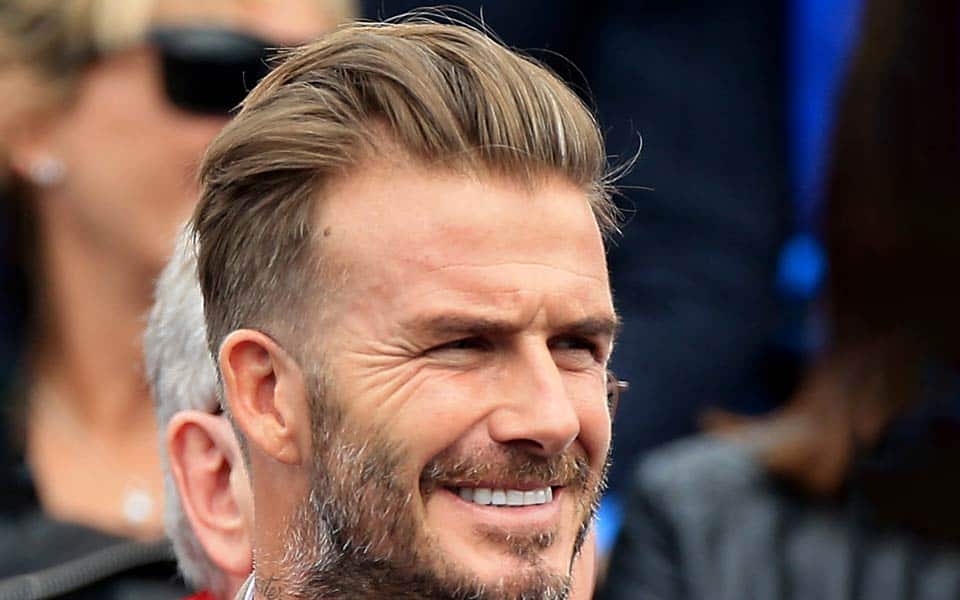 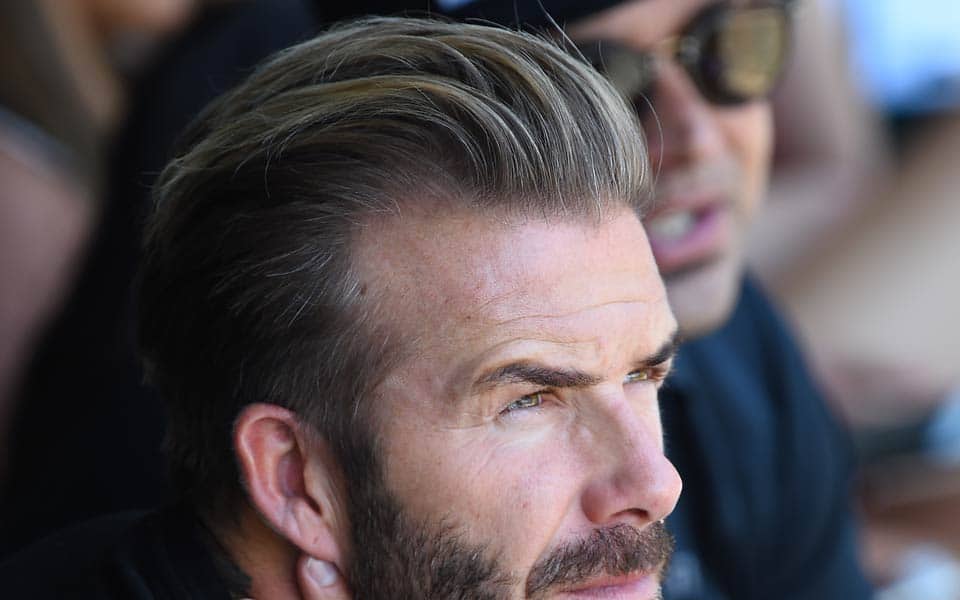 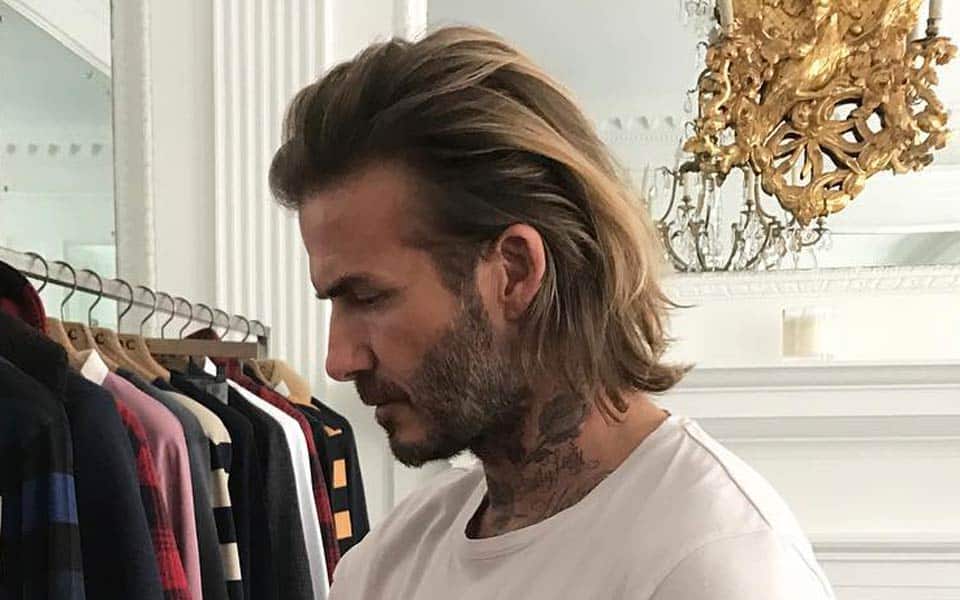 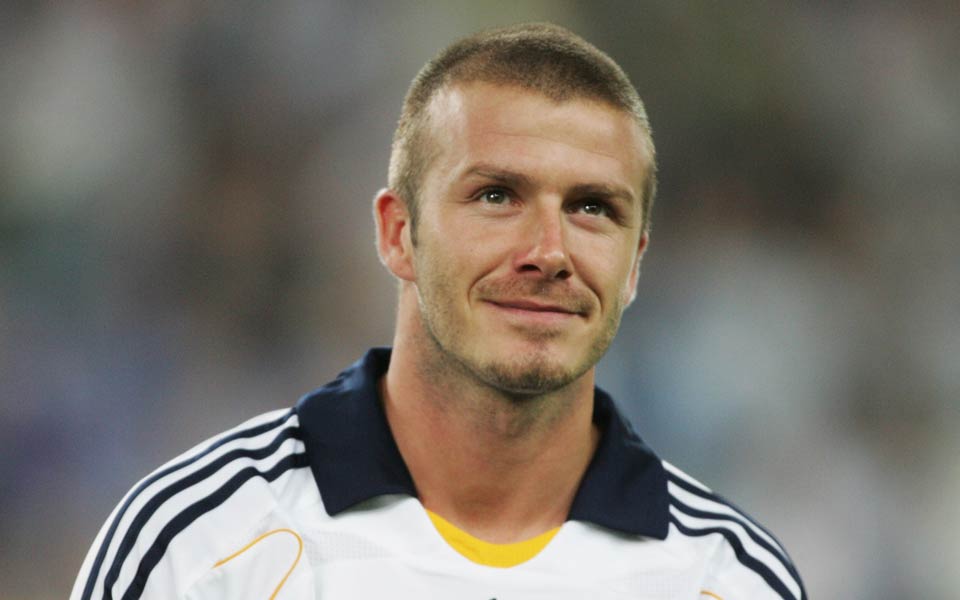 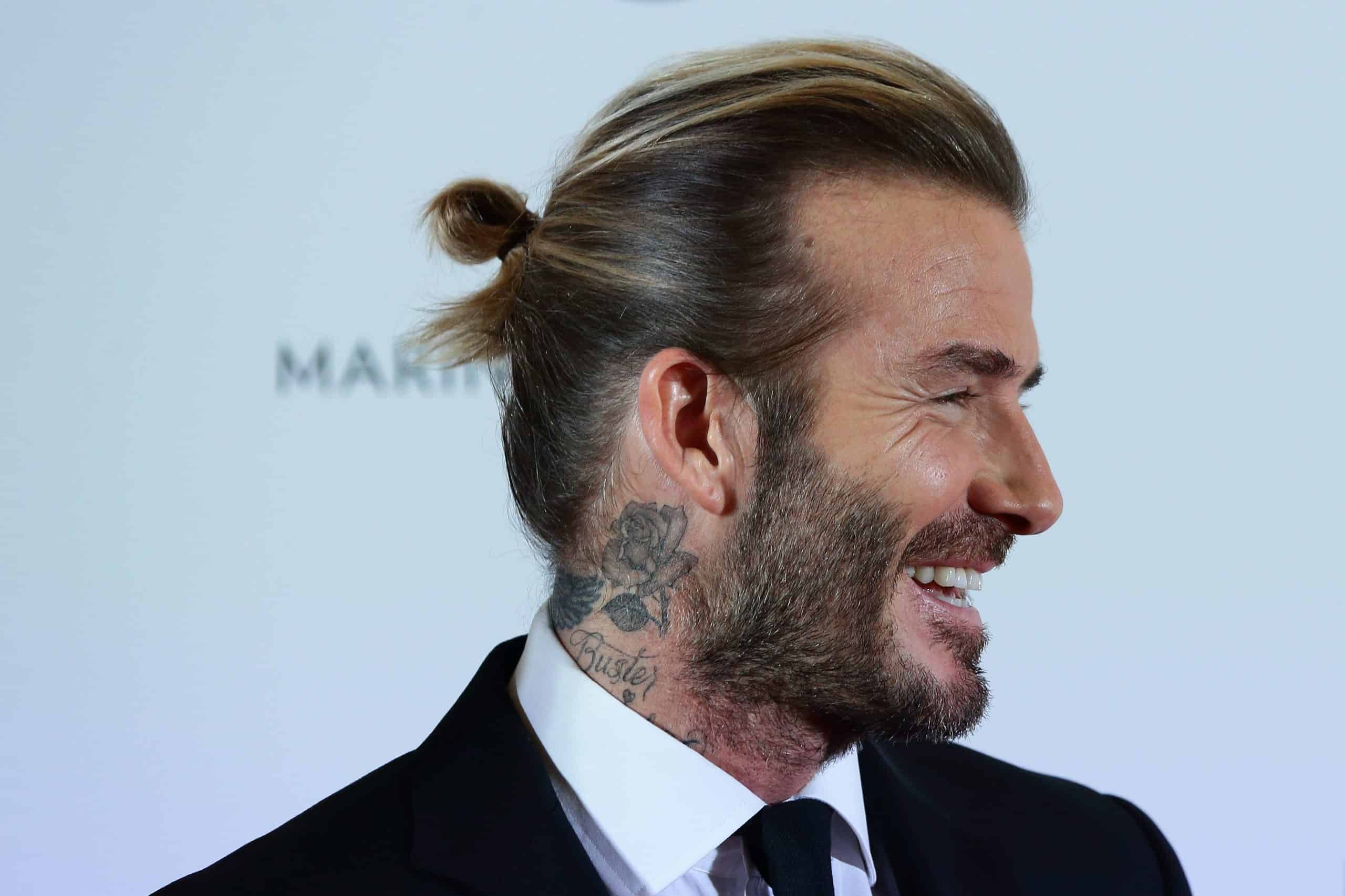 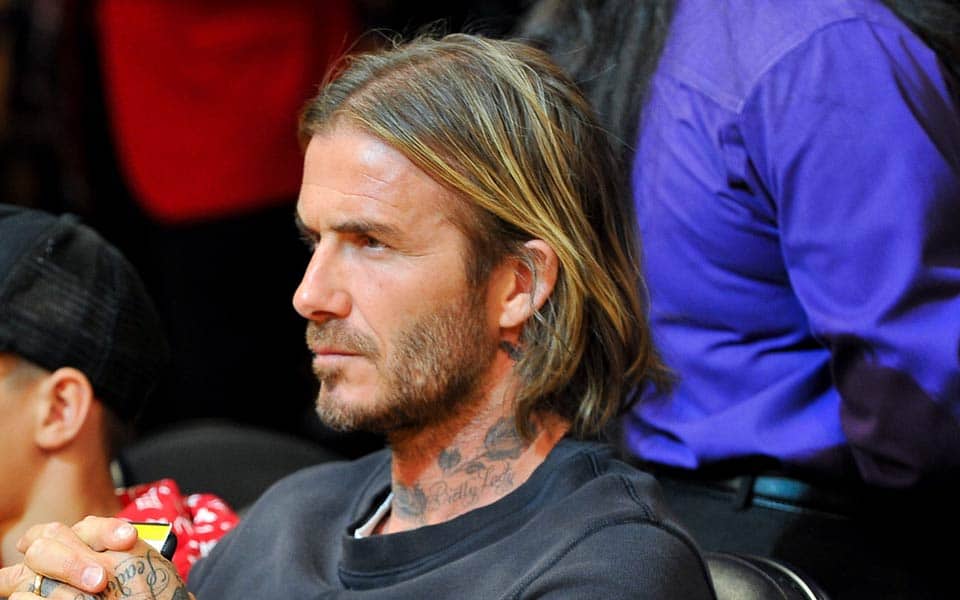 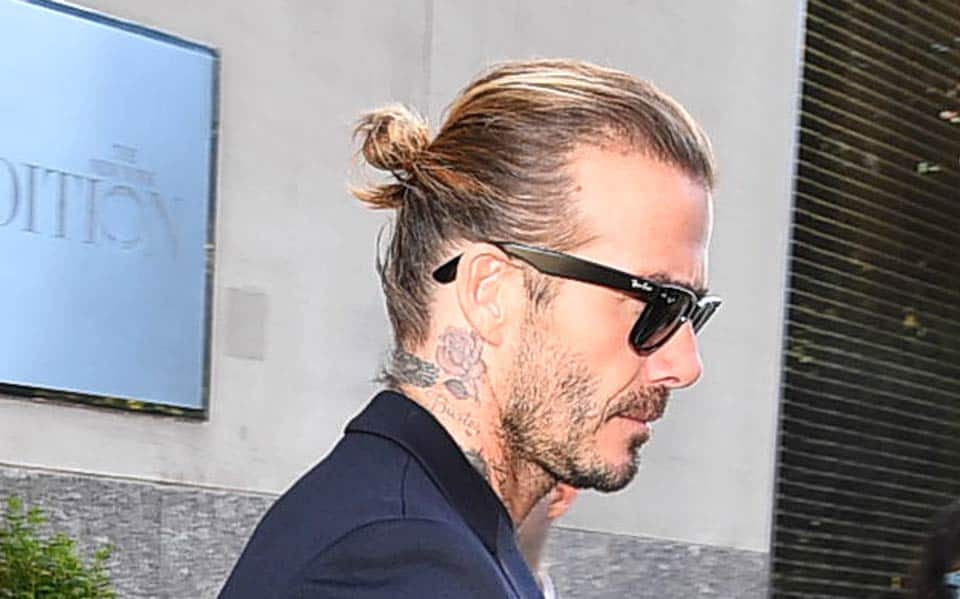 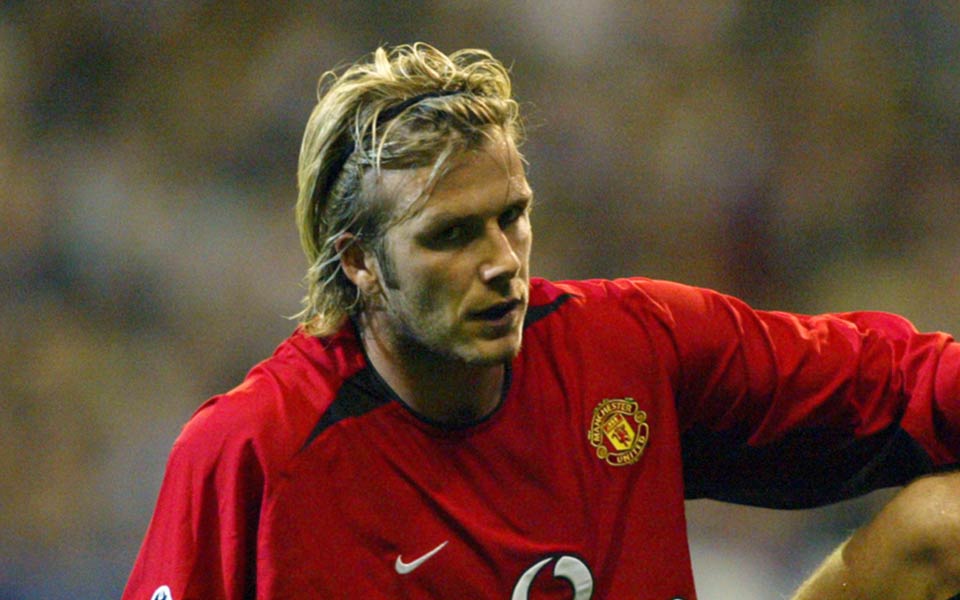 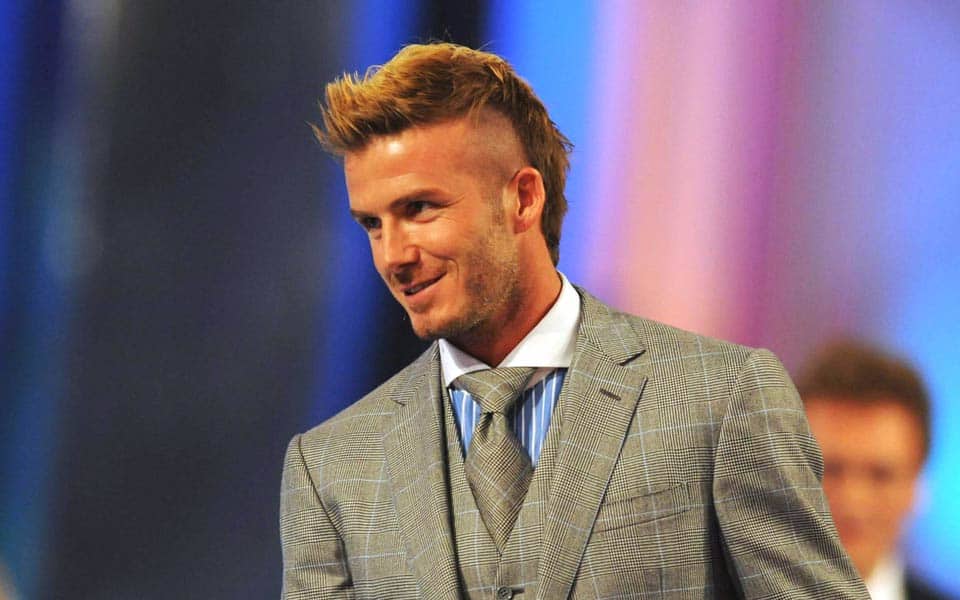