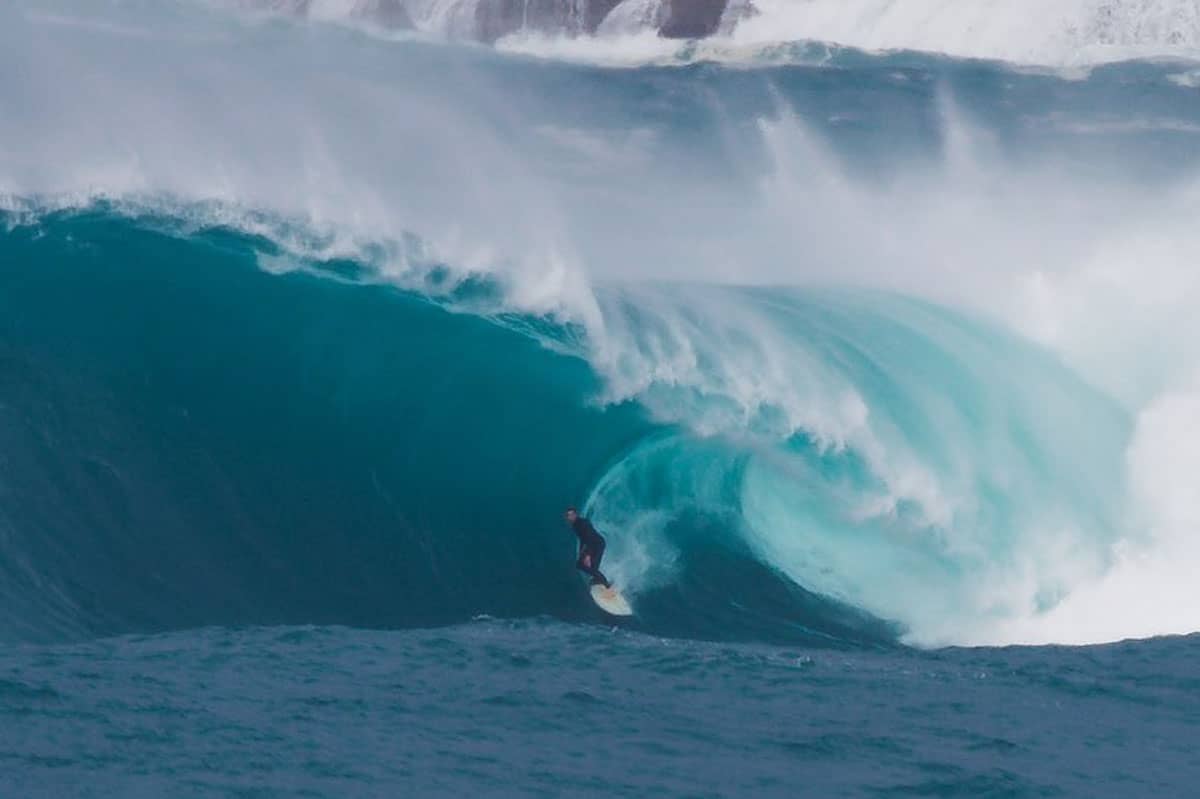 Surfers like to think they’re cool. From Malibu King Miki Dora complaining about “clones taking over” to two-time World Champion John Florence’s habit of celebrating 10 point rides with only the subtlest body language, self-promotion is still, among many surfers, a dirty word.

Enter: Sydney’s last mega-swell, during which a bunch of local surfers casually caught some of the biggest waves ever surfed in Sydney.

One, ridden by Chris Lougher, stood above the rest, with Avalon filmmaker Spencer Frost capturing the moment, which later went viral, calling it “hands down the best wave I’ve ever seen ridden in Sydney.”

The clip we’ve all been waiting for is here! Deadman’s, July 15 2020 was a day for the ages, with some of the most spectacular surfing Sydney has ever seen. The full video is up on Coastalwatch.com now. You can find a direct link in our IG story. 🎥 @spencerfrostfilms / @mysurftv

As Coastalwatch reports, “While a session for the ages was going down at infamous heavy Manly spot, Deadman’s, the filmmaker camped up over a kilometre away on Queenscliff headland with a 1600mm lens to capture the action. And when underground local charger Chris Lougher pulled into the wave of the day, Spenny had the perfect shot.”

“The screenshot of the tube went viral overnight on Wednesday July 15, and had some calling it the best wave ever surfed in a city with a long storied history of waveriding.”

When contacted by media, however, Lougher declined to feed the hype. This didn’t go unnoticed. As Coastalwatch reported, “One of the best things about the day, and this wave in particular, was the way in which the crew taking it on just shrugged off the chance to self-publicise.”

“When we asked Chris about it,” Coastalwatch wrote, “He pointed out the safety aspects of surfing the spot, but otherwise, politely turned down an interview: “Ha ha cheers guys, I’m holding back, not really my scene… I’m stoked everyone is frothin, surfing is about having fun.”

“Refreshing in a world where it sometimes seems half the population wants to be famous for doing nothing,” (Coastalwatch).

While not a direct critique of Kardashian ~Couture~ from Coastalwatch, it got us thinking: Lougher’s cool response to this epic moment, in DMARGE’s eyes, represents one of Australian surfing’s biggest cultural divides right now.

As Hawaii spawns more vegan vloggers than top tier athletes and as Australian teenage prodigies see pro (and semi pro) surfers all around the world (think: Jamie O’Brien, Tia Blanco; Ben Gravy) build lucrative followings on social media, more and more are seeing a career on Instagram or Youtube as a smart back up to the QS grind.

This isn’t necessarily bad (nor unique to surfing). But when you get a blast from the past in the form of someone like Lougher, it’s a nice reminder there’s more to surfing than Instagram ‘presets’.