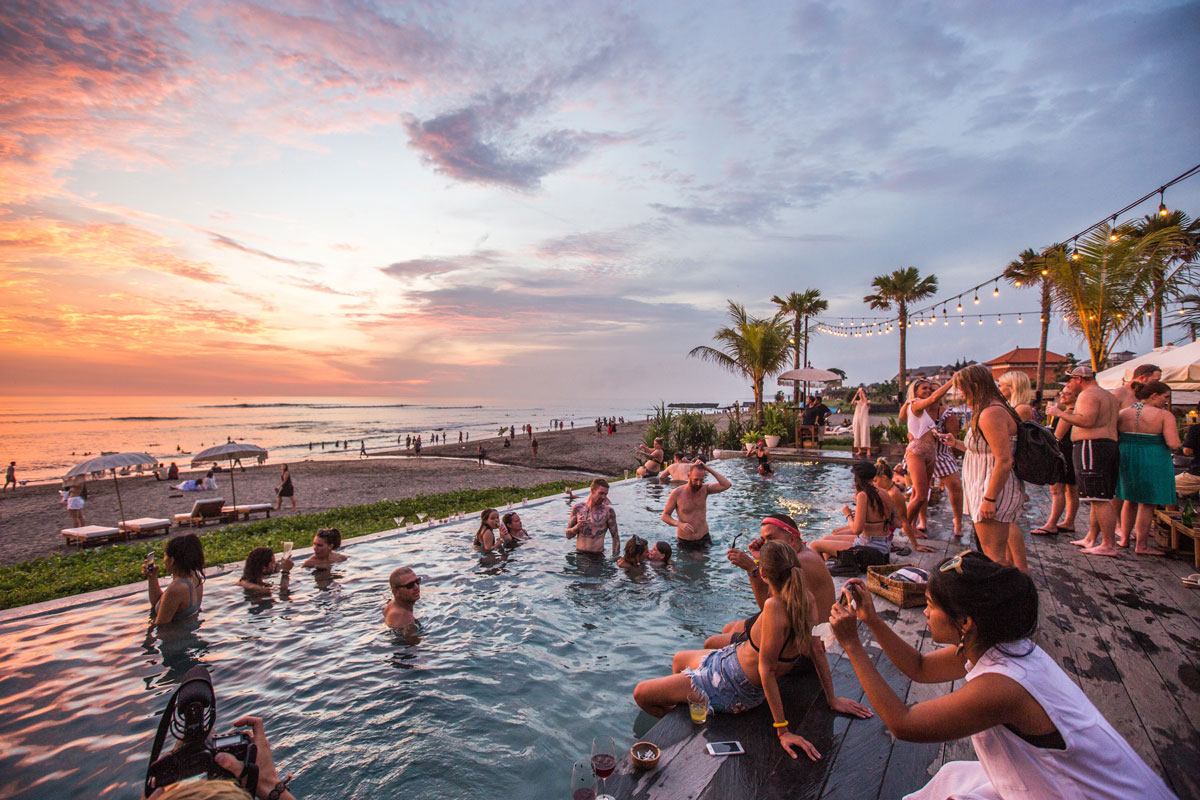 Australians romanticise the socks off Mexico’s Mojitos, blow the bitters off Europe’s Old Fashioneds, melt their minds off Morocco’s Mahia and slurp Bali’s Bintangs faster than an F1 racer drives up a straight.

We also tend to see Australia as a big boring slab of Great Northern (or VB).

But as we recently reported, the sun isn’t always shinier.

Though you may romanticise the carefree times you had in exotic destinations, guess what? The reason you had so much more fun wasn’t because of anything special in the sand – it was because you were on holiday.

So although there always be an element of ‘the grass is greener’ in the travel industry (and that’s ok), it’s also good to know there are fun times to be had where you live too – you just have seek out people who are on a ‘let’s have fun’ wavelength rather than a ‘don’t talk to me I’m trying to sort out my life admin this weekend’ one.

Likewise, when you make the decision to live overseas rather than stay briefly somewhere, you soon find many (if not all) of your dating woes from your home country have followed you.

Though there are some advantages (a fresh start and potentially a sense of greater freedom to ‘be you’, for one) to dating overseas, there are also new challenges.

As Canggu anthropologist/internet jester @thecanggupole recently revealed, if you choose to relocate to Bali then a whole host of new dating issues might crop up on your radar.

As a recent image posted to the account’s Instagram story suggests (reposted from pilates and yoga instructor @theomahafox), expats in Bali are growing tired of single guys who jump between dates quicker than they do ‘revolutionary’ business ideas, and who are misleading about it. 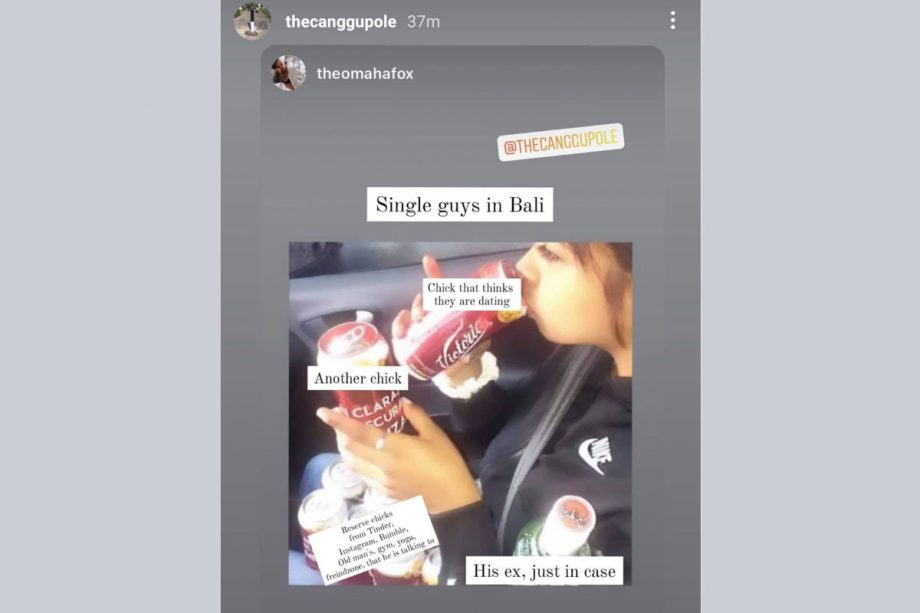 “Chick that thinks they are dating,” the next caption says, alongside a can of fizzy drink.

“Another chick,” reads the next caption, alongside another drink.

Then finally: “His ex, just in case.”

DMARGE spoke to Alisa (@theomahafox), who is from Russia but has been living in Bali for a number of years, who explained why she shared the meme in the first place.

“Well a certain dude sent me the same photo twice in several days: ‘I have just done this activity babe.’ I noticed it and I realized he saves the photos and sends them into numerous chats.”

“I even posted a poll on my close friends’ stories, watched by male poker players mostly, and asked, ‘Guys, how likely is it that I am getting the same content as a few other chicks?’ The guys said the probability of that is 100%.”

“The professional gamblers are godlord fuckboys so they know.”

“I think the guys use that backup system because they are being allowed to get away with that.”

“I am not going to be someone’s backup because the moment I smell what’s up, the dude is fucking out.”

Though it’s no evidence for this exact phenomenon, the Canggu Instagram geotag and hashtag pages give a sense for the ~chill~ lifestyle many dudes live and post about in Indonesia.

… as well as helmet wearing…

It’s also worth pointing out that Instagram accounts like @violetclair, which make fun of dating trends in other parts of the world like New York, show that this ‘back up’ phenomenon is not unique to Bali, but happens worldwide.

Bali is also not the only place expats have dating woes. New residents everywhere from France to Iceland have thrown themselves at the internet for advice, seeking a framework to re-assess the tricky new worlds of romance they now find themselves in.

For those looking for further information on the types of ‘expat dude’ you will likely meet in Bali, Coconuts breaks it down into the following six categories: