From in-house pastry chefs to tai chi in a cactus garden, the tech giants of Silicon Valley spare no expense when it comes to decking out their headquarters, as recently discovered by The Guardian.

First cab off the rank is Samsung‘s Silicon Valley Headquarters, that features volleyball matches in the courtyard, tai chi in the cactus garden, spinning classes on the terrace, robotic massage chairs and a ‘Chill Zone’ of space-age nap pods. Samsung’s 10-storey, $300m office block is located at an intersection north of San Jose with views of the valley’s sun-scorched mountains and is trailblazing the ‘holiday camp workplace’ culture of the Bay Area tech scene.

“We wanted to introduce more of a startup vibe to the company,” says Jim Elliott, Samsung’s VP of memory marketing (whatever that means). “We were all separated in our different departmental islands before, but this building is about bringing people together and encouraging chance encounters. We want to get people out of the boardroom.”

Samsung HQ is also focused on getting people up and moving by providing plenty of outdoor spaces and walking distance between key areas. “It’s all about mobility…If you sit down for more than 20 minutes, you get dumber,” says NBBJ architect Scott Wyatt.

Also competing in the Silicon giants race to the top is Facebook‘s headquarters, 15 miles west of Samsung. The office stretches across 40,000 square metres and boasts the biggest continuous office floor in the world, seating around 3,000 workers in an open-plan setting. No surprise, really, when the social media network now counts one fifth of the world’s population in its membership.

Cables, a piñata of Donald Trump and novelty helium balloons hang above programmer’s desks at Facebook HQ. “We encourage people to ‘hack’ their space…We’re only 1% finished connecting the world, so we wanted the building to look unfinished.”

“No one pays attention to how much you’re at your desk,” says a Facebook guide. “As long as you get your work done, you can be lying on the lawn or sitting at the grilled cheese bar.” Grilled cheese bar? Sign us up.

Speaking of food, the tech giants of Silicon Valley are all about making snacking at work free and health-conscious. Jelly beans and M&Ms have been replaced by broccoli and kale crisps, Google‘s HQ makes you pass the fruit counter before you reach the candy and LinkedIn’s new San Francisco HQ lists its local supplier with the slogan “Know your farms, know your food.”

In fact, LinkedIn’s headquarters offers up kimchi rice bowls, sushi and an in-house pastry chef “whose cakes are to die for and offers eight flavours of homemade ice cream.” LinkedIn even offers a ‘silent disco’ zone, Nerf missile area, a ‘pillow fight’ meeting room and a ‘post your own haiku’ wall.

A few blocks away is Airbnb in a converted paper factory that offers meetings in a log cabin or a Milanese loft apartment, a bedouin tent or a replica ramen cafe. It’s all about “how we can create spaces that are home-like, but highly effective, functional spaces that allow people to do great work, but hopefully in ways that surprise us.” 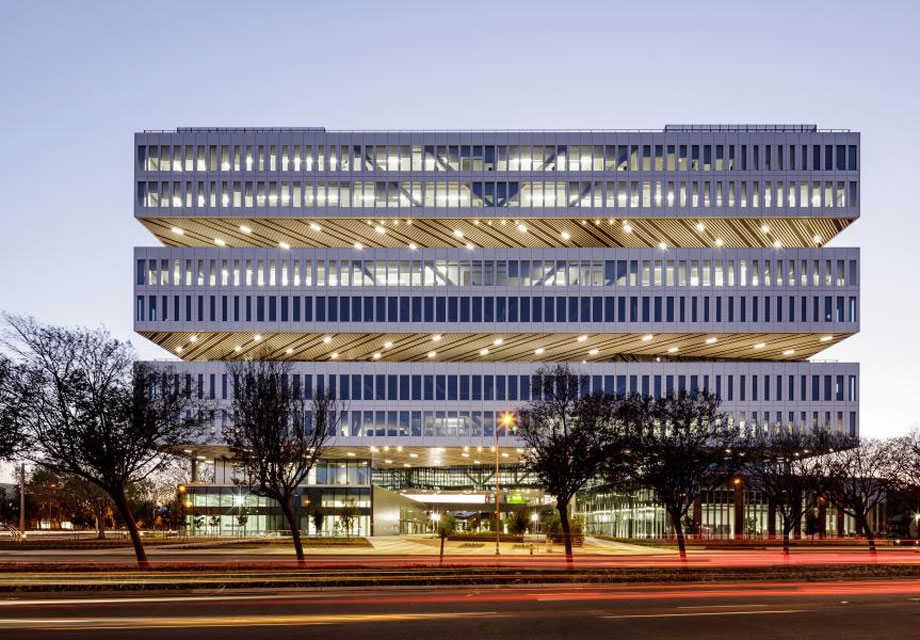 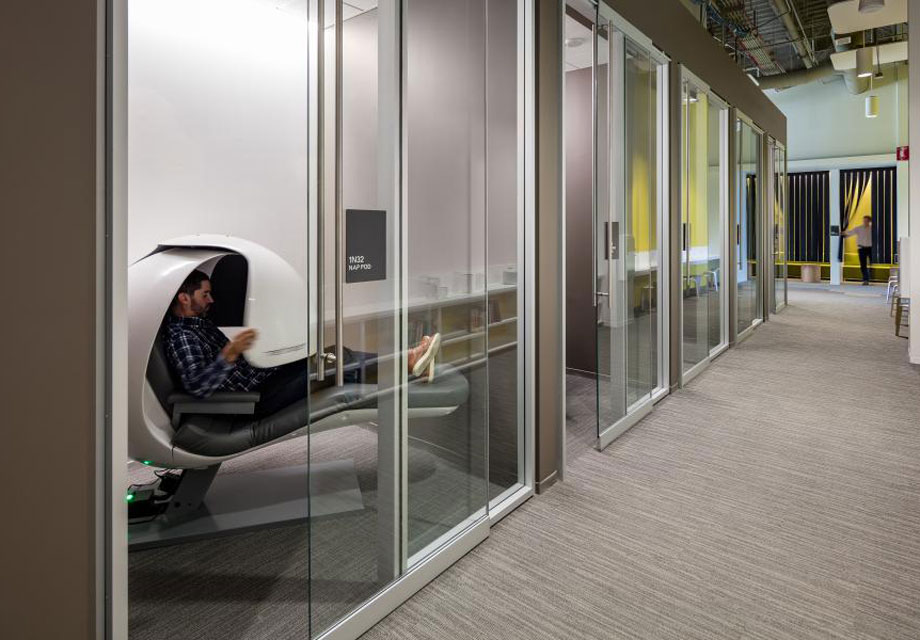 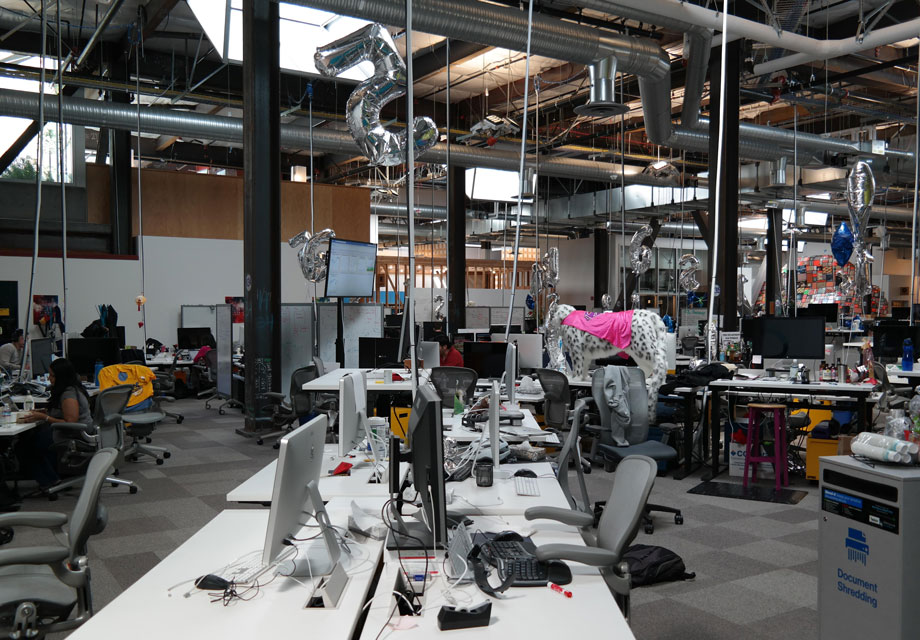 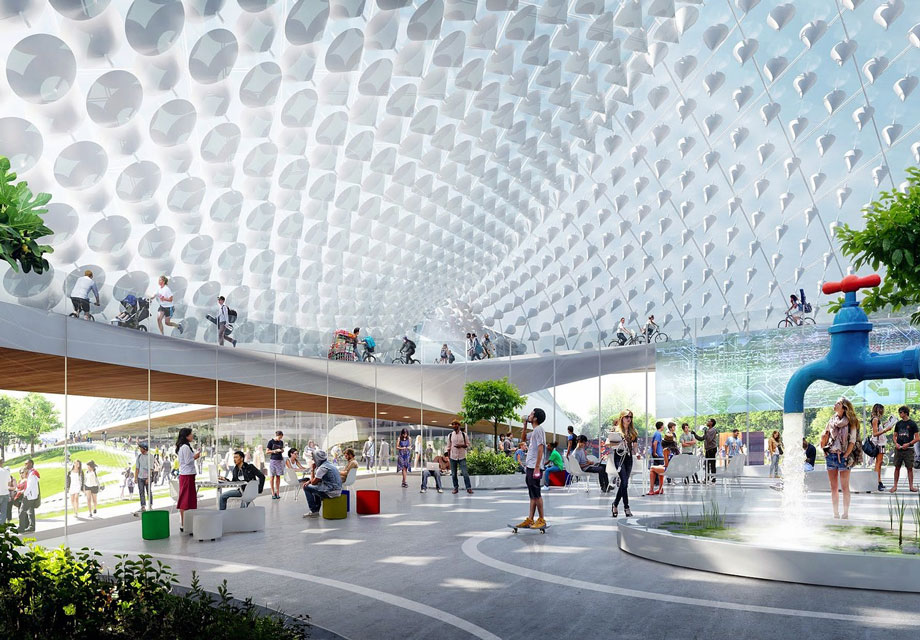 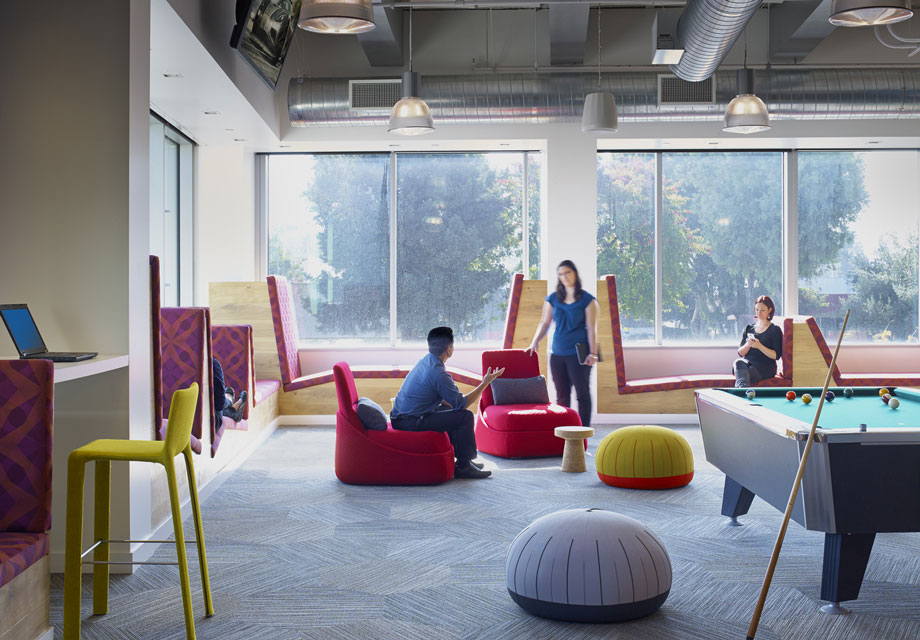 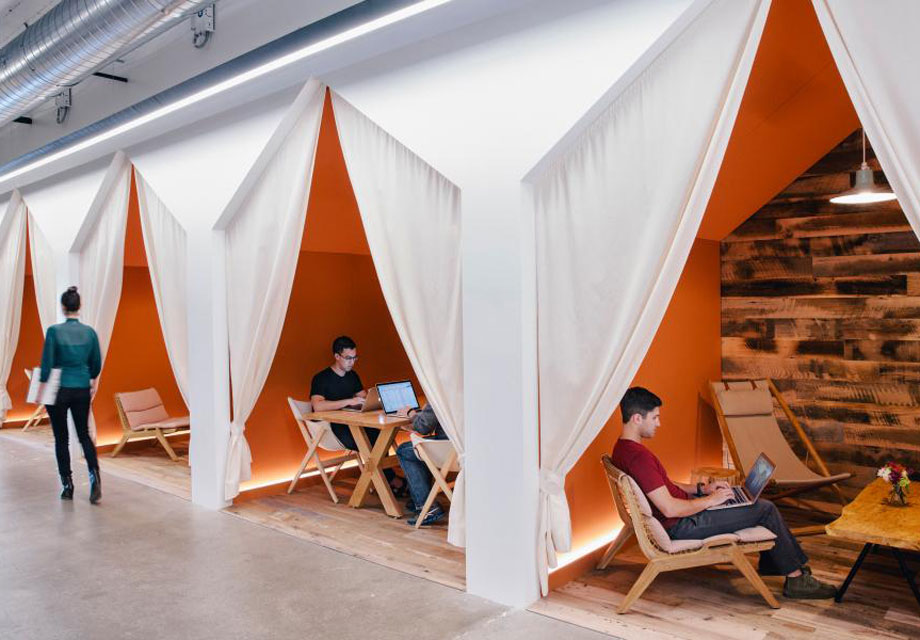