Plus; the one exercise he’s better than Chris at… 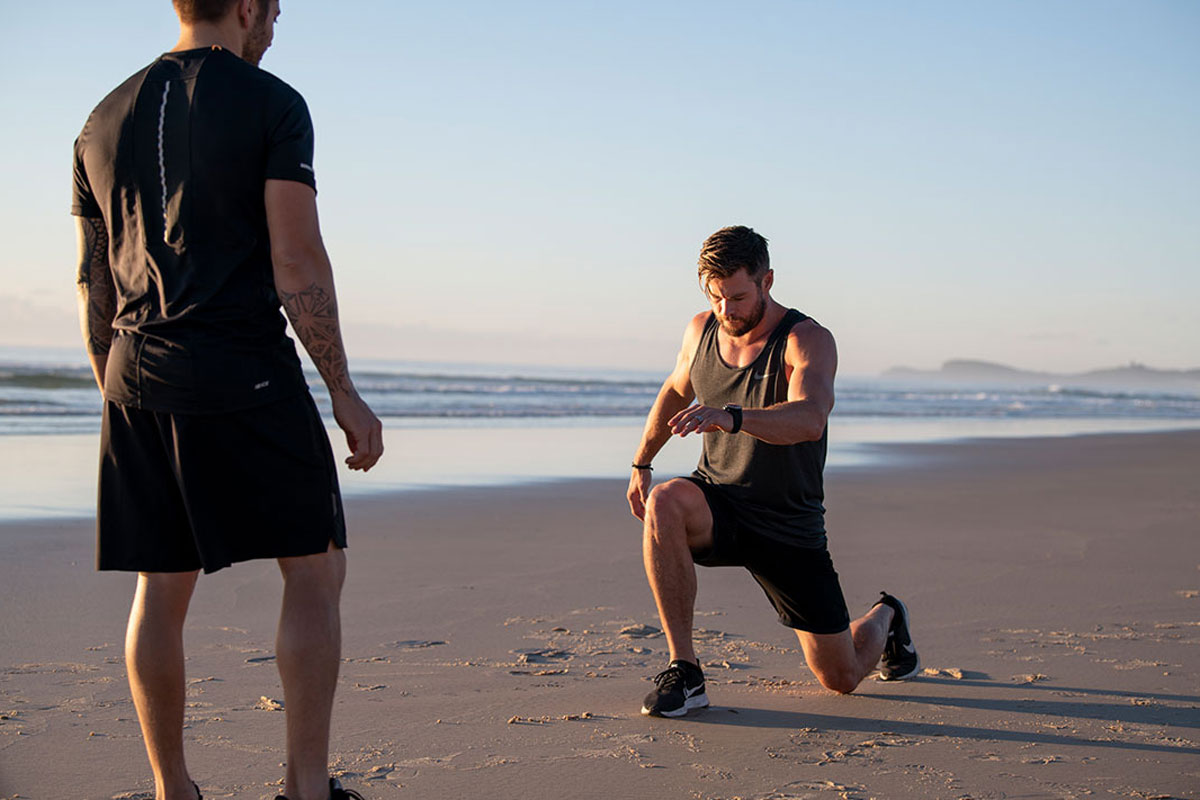 ‘Form’ is the biggest buzzword in the fitness industry. However, despite being your PT’s answer to everything – and a ‘safe word’ for magazines to spruik their INSANE new programs (you can’t get injured if you do it correctly!) – form is also one of the most neglected aspects of many peoples’ training.

To break down the term, and to help you discover what your gym nemesis has that you don’t (beyond a mesomorph frame, persistence and a flattering singlet) DMARGE spoke to Chris Hemsworth’s personal trainer Luke Zocchi to get the down-low.

Luke recently made headlines by revealing the ‘back to gym‘ exercises Australians could all benefit from doing in anticipation of gyms re-opening, as well as co-hosting Tourism Australia’s Live From Aus fitness masterclass.

More importantly, DMARGE also spoke to Luke about we can improve our form.

Luke’s top tip? Whip out your smartphone: “Not being too vain [but]… a good one is to film yourself.”

“You probably don’t want to look like the person filming yourself in a public gym, but I even found my form got a lot better when I started making workout videos [and] I could watch myself and be like, hang on, I should be a bit more this way or that way,” Luke told DMARGE in an exclusive interview.

“I don’t want to create a whole Instagram sensation of everyone filming themselves,” Luke added. “But really, the important thing is that you get your technique right, so even if you don’t film yourself, and even if you don’t have a PT, it’s always a good idea to get someone who knows what they’re doing to check on your form and give you cues.”

“It could be a buddy; it doesn’t have to be a personal trainer.”

We then asked Luke what to do when you’re feeling lazy and your form is slipping even though you may be doing an exercise you know you are physically capable of completing correctly.

While Luke emphasised that you should never continue to do an exercise with bad form, if you find this happening, you don’t necessarily need to go down a weight (though this may be the case if you are feeling fatigued or injured).

What you may need to do in this situation is get over the willpower hump, by taking a moment, really focussing on the present, and embracing that Viking mentality of just bloody well doing it – and making sure you do one rep with good form. Then you’ll have a better idea about whether you’re really too tired to complete the set or whether you were just having a sluggish moment.

Either way, it’s better to reset and do one rep correctly than lazily finishing a set with bad form.

On that note: there’s good news. Though you might feel guilty when you’re having ‘one of those days’ at the gym, you can now rest assured you’re not alone: though Luke wouldn’t be drawn on whether Chris Hemsworth “hated” (our words) any exercises, he admitted he occasionally had to give Chris “a nudge” when it comes to deadlifts, which Chris is sometimes (and for good reason) nervous to go too heavy on.

In fact, when we cheekily asked who is stronger, Luke took the question in good nature, telling us he has got Chris’ number when it comes to deadlifts (“I’ve been doing it longer and my [shorter] body type is more suited to them”) but that Chris “kills” him when it comes to arms.

Got all that? Grab a gym buddy and epic gains (if not Chris Hemsworth or Luke Zocchi’s body) await.