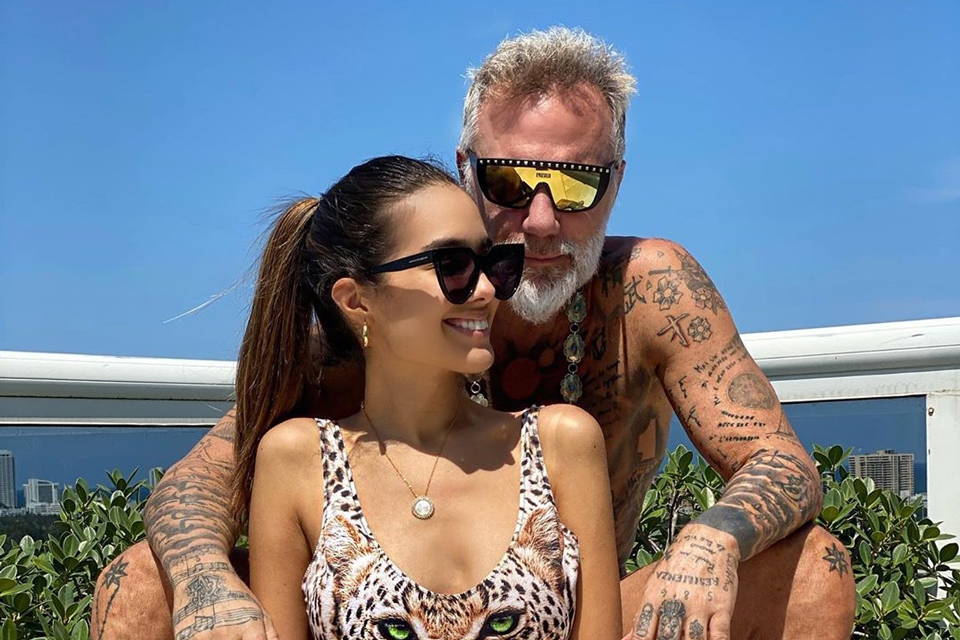 Our favourite Italian playboy, DJ and CEO Gianluca Vacchi may soon have to rethink his Instagram exploits, as he took to his account over the weekend to announce on the 10th of May (Mother’s Day for most countries around the world) that he and his model girlfriend Sharon Fonseca are expecting a child.

Fonseca is 27 years Gianluca’s junior, so she is a long way from succumbing to the biological factors that can restrict the chances of having a baby at an older age, but for Gianluca, he’s simply as young as he feels (and considering his age, looks). The multi-millionaire will join other famous faces who became fathers after the age of 50, including George Clooney, Hugh Grant and John Stamos,

Gianluca said in his video, “Today is Mother’s Day and of course my first thought goes to my mom, but I have to say that whenever I have thought of a potential mother for my son, that woman has always had all the characteristics of Sharon.”

Although he didn’t show any ultrasound scans, we’re going to assume that they’ve already found out the sex of their child, and he’s not just jumping to masculine conclusions.

“I am very happy to announce and share with you that Sharon and I are expecting a child and she will be the mother I always dreamed of for my baby.”

The post has, perhaps unsurprisingly, received in excess of 25,000 comments sending him words of congratulations.

So: are there risks to having a baby at 52 (beyond the child potentially being taken to daycare on the back of a moped)?

The New York Times reported in 2019 that men who become fathers later in life face a  number of challenges. The American publication cites a 2018 study of 40.5 million birthday in the United States that revealed children could be susceptible to,

“potentially harmful effects of advanced paternal age on a baby’s risk of prematurity, low birth weight, low Apgar score and risk of seizures, as well as the mother’s chances of developing gestational diabetes.”

The study’s lead researcher, Dr Michael L. Eisenberg summarised, “more than 12 per cent of births to fathers aged 45 years or older with adverse outcomes might have been prevented were the fathers younger.”

We’ve no doubt Gianluca’s child will be looked after, but more importantly, he (or she) will be impeccably dressed as Vacchi knows a thing or two when it comes to style (whether or not his child gets a tattoo of themself will be an interesting one to look out for).