A few weeks ago we brought to your attention the incredible physical transformation that the Italian millionaire playboy Gianluca Vacchi had gone through.

It was a post on Vacchi’s own Instagram which showed off the transformation of the 51-year-old to the world in just a few undisclosed years – more muscles, less wrinkles and more hair. It all culminated in a single question: Did this trendy old guy discover the fountain of youth?

Answer: not quite. According to the millionaire entrepreneur’s comments from previous interviews, he had only ever had vitamin injections and “that’s all”. “I am of course fighting against age, but age has two consequences: the physical one, which you can fight if you eat well and you train,” he added.

Whilst the physique part is true, we weren’t fully convinced with his seemingly rejuvenated hairline, so we asked hair transplant expert James Nadin of The Crown Clinic in Sydney to explain what he thinks is going on with Vacchi’s mane game.

Which one of the two solutions is more difficult to distinguish due to the alterable nature of photos. Nadin does however say that Vacchi would be an ideal candidate for a hair transplant based on an older and more realistic photo of his hairline from 2008 below. 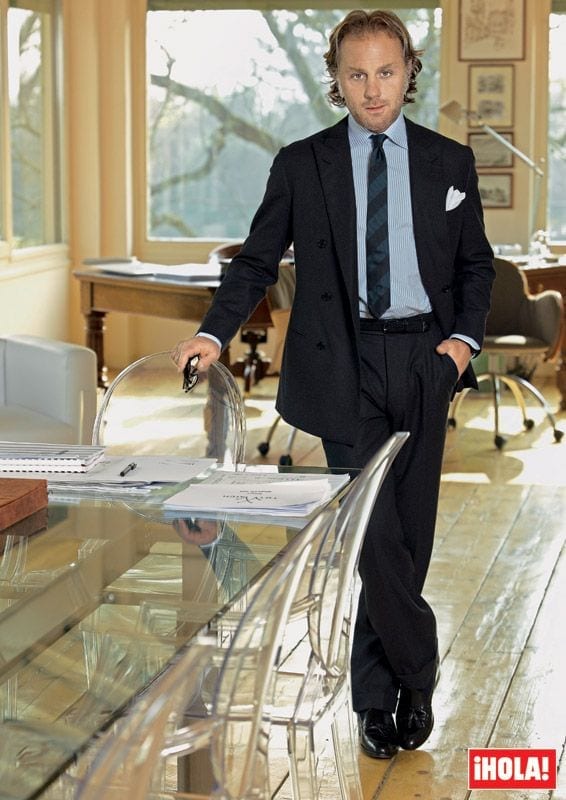 “He seems like his hair is a bit wavy and that makes him a good candidate because he’s got good volume,” says Nadin.

This ideal volume is paramount for ensuring that any hair transplant does its job. Successful hair transplants require hair to be taken from the back and repositioned in the front, so the specialists need to establish whether a patient has good hair to take to begin with.

“That’s what the hair transplant patient’s about. It’s almost about selecting the right candidate. If you aren’t the right candidate, it’s about instilling reasonable expectations in the client. If they get something they’re expecting, chances are they’ll like the results.”

So if you are thinking about getting back your lost follicles, here’s what you need to know.

What Men Are Asking For

There’s no debate that every client who walks through Nadin’s doors are hoping for a fuller look.

“A lot of people want a lower hairline which we talk them out of because as you get older, that’s not something you really want – you want to maintain.”

“The trend overall is people having higher expectations and we have to manage them. That doesn’t really change simply because it’s a ‘zero sum’ game and we can only take it [hair] from one place and put it in another.”

The main take away for men looking to regain their lost hair is to realise that not everyone can have a hair transplant.

“If they want to have a big head of hair, they have to have a hair piece,” says Nadin.

Nadin tells us that whilst there are still people trying to develop new methods of reversing hair loss, experts have gotten to a stage where they can take a single graft and transplant it. “You can’t get any better than that,” he says. “Modern hair transplant has pretty much gone as far as it can.”

The next stage of treatment would be revolutionary, a process which Nadin says will involve ‘cloning’ – grafts are taken to a lab, replicated, grown and then planted back on the scalp. The high cost of R&D is the only reason why we haven’t seen this procedure come into practice yet.

Most Popular Solution For Hair Loss

Nadin says that their most popular option at the moment is PRP Hair Treatment. It involves isolating growth factors in your blood supply and applying them to an area you want to see regrowth, or rejuvenation – including the scalp.

“It also works on your skin or in arthritic joints that have no cartilage left; PRP is the way of the future,” claims Nadin.

“We’re discovering there’s a lot our body holds that if utilised correctly, we can actually harvest it on ourselves and use it on ourselves. Our body won’t reject something that’s harvested from our own DNA.”

The process is rather interesting as it involves taking a bit of blood from a patient’s arm, processing it out through the separation of red and white blood cells with plasma. It’s this isolated plasma which holds the growth factors to help stimulate hair follicle growth, increase circulation to hair follicles and decrease the inflammation that accelerates hair loss.