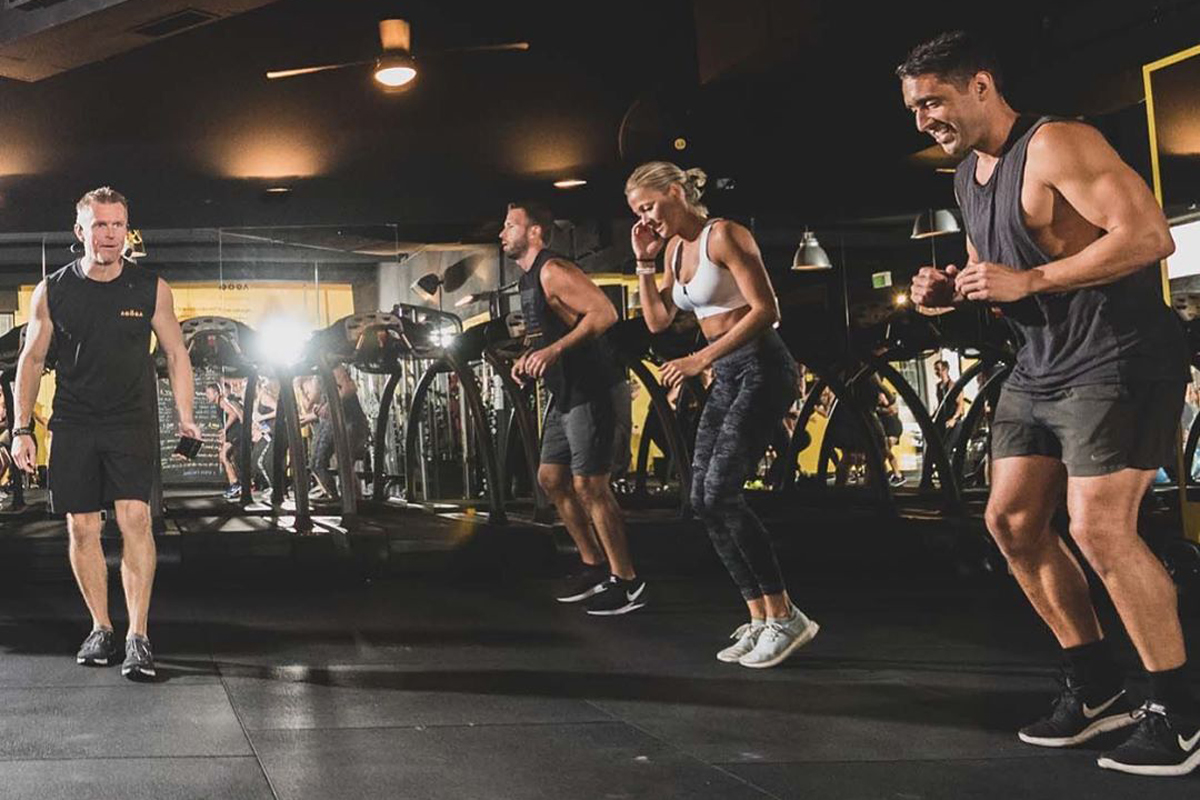 Gyms, fitness studios and indoor swimming pools have now all (thankfully) reopened their doors to Australians in all states (Victoria was last to the party, with restrictions easing from 22nd June) and we imagine the vast majority of the nation will be – or perhaps already has been – keen to get back through the doors to start shedding the extra pounds put on during iso.

We reckon F45 members in Bondi are especially grateful to get away from the grim outdoor conditions provided to them when laws were stricter.

Despite gyms doors now being swung open (with perhaps a little less force than pre-COVID), there are still restrictions in place and guidelines to follow. Chief among these is a cap on the number of people allowed in a venue at any one time, which at the time of writing is 20 people. That limitation could, therefore, still cause a problem for many gym members wanting to get back into a routine, with their usual classes filling up quickly, or the coveted weights floor being overrun by a gaggle of gym bros.

We, therefore, surmise that the still-restricted fitness climate could introduce a ‘new smoko’ of sorts, with the idea being that gym members will want to take breaks during the working day to head to their classes when they could be less busy. A great idea for their fitness levels, but potentially a hindrance on their work output.

Rather than just pluck random information out of thin air, we spoke to John Field, owner and head coach of Agoga gym, a class-based facility in Bondi, NSW, to get his take on the current fitness landscape and if he thinks ‘the new smoko’ will become a mainstay in Australian culture.

John admits that for Agoga, “it’s pretty much the same [as pre-COVID]”, but this is most likely due to the fact that full capacity for Agoga is “20 – 21 people”. However, of ‘the new smoko’, John believes it will be “largely determined by where members work.”

For him, he’s noticing a lot of his members are still working from home and “because of that, we’re still keeping live streaming open.”

“We’ve been able to get a collective group of members that will stay online so that they can break from their lounge room and then jump online at lunch to complete a workout in their own home. We’ve also extended the lunchtime offerings, adding more classes around the middle of the day, and they’re fully booked all week.”

“What we have noticed is that the ‘peak’ times members attend classes has changed. Pre-COVID, our 6 am classes would fill up quickly, but now we’re seeing the 7.15 am and 12.30 pm classes fill up instead, along with weekends.”

While John hasn’t been able to exactly confirm our hypothesis, the very fact Agoga has had to add extra daytime classes to cater for the influx of members needing to skip the peak morning times, suggests a changing trend in Australia’s current fitness habits.

“It’s clear our members aren’t quite ready to hit that 5 am alarm just yet, and would rather savour the extra time in bed because they know they can still workout early in the morning before starting the working day.”

Rather than just hear from the gym side of the argument, we wanted to find out if businesses would, in fact, be keen, or at the very least, understanding, of their workers’ incessant desire to regain their fitness.

We reached out to Joe Ryan, a partner at 4Twenty Consulting, to ask if he – and the business as a whole – would be willing to allow staff to take workout breaks. He told us, “it’s definitely something we encourage at 4Twenty.”

“We try to find a healthy balance between working and living to ensure our consultants are in great shape both physically and mentally.”

“Whether that’s attending a gym-class off-peak to avoid the crowds or perhaps getting the team together to take part in the Sydney Half Marathon. We think it’s important to provide the flexibility that the everyday professional needs and allow them to manage their own schedule.”

It’s a refreshing take, especially when, pre-2020, many bosses would have said f*ck off when asked if they would allow an extended lunch break.