It’s been well-established that Conor McGregor doesn’t care what anyone thinks.

The 32-year-old Irish MMA legend and self-proclaimed ‘face of the fight game’ is just as famous for his outrageous personality as he is for his killer left-hand counter. This is a man who once wore a bespoke suit pinstriped with the phrase ‘f*ck you’ and claimed that if Jesus came back from the dead, he’d beat him in a fight.

His personal style reflects his outlandish personality: over-the-top, distracting and overtly masculine. From wearing a $1,500 Versace bathrobe as a training uniform to literally flexing Gucci polos down at the pub in order to show off his muscles (and bank balance), subtlety isn’t really his shtick.

…Or at least, not when it comes to fighting or fashion. When it comes to watches, however, it’s a very different story. McGregor is a noted watch fan, and boasts a number of expensive pieces in his collection. Most of them are, perhaps predictably, quite flashy. Take his $200,000 Rolex Daytona ‘Eye Of The Tiger’. Sporty, chunky, and covered in diamonds: it’s what you’d expect from ‘The Notorious’.

But his favourite watch is quite a different beast altogether. The watch in question? His Patek Philippe Calatrava Skeleton (ref. 5180/1R-001) – which he showed off on Instagram once again yesterday while posing with his two young kids, son Conor Jr. and daughter Croía. The luxury didn’t stop there, with Conor Sr. in Fendi and Dolce & Gabanna; Conor Jr. in Balenciaga and Croía in Gucci. Must be nice…

Anyway, back to the Patek. Don’t get us wrong, it’s by no means an understated watch. But it is quite a dainty watch for such a buff, rough-and-tumble guy. The fact that even a brusque brawler like McGregor is comfortable wearing such a comparatively refined watch speaks volumes to his ‘IDGAF’ character – as well as reveals a growing trend in the world of luxury watches.

The watch industry, like the auto industry or the computer industry, is one that revolves around constant technological innovation; an ever-escalating arms race. Since Breguet made the first modern wristwatch in 1810, watch brands have competed amongst themselves to make the most ‘novel’ watches possible.

Certain key innovations have characterised the evolution of modern watchmaking over the last century or so. For example, in 1926, Rolex produced the first truly waterproof watch, kickstarting the trend towards dive watches, and in 1969, Seiko produced the first quartz watch, completely revolutionising the watch industry. These were real milestones in watchmaking and set the course for the rest of the industry.

RELATED: This One Of A Kind Watch Might Be The Most Unique Rolex Ever 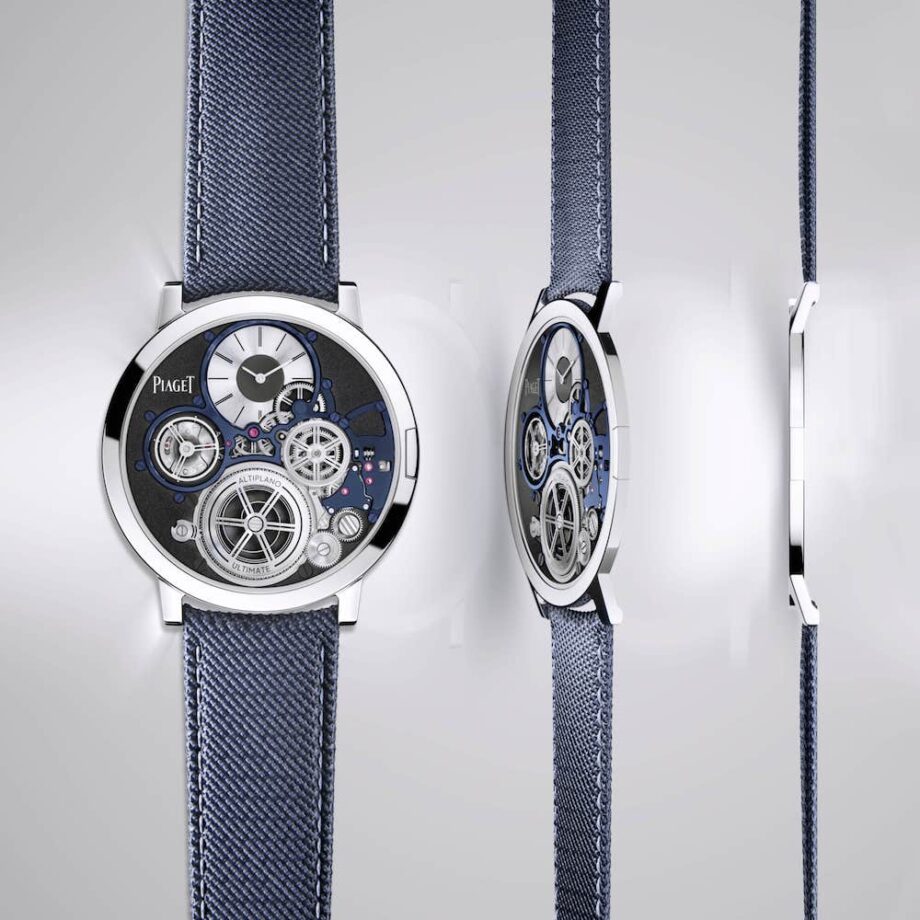 The race for thin-ness is all about comfort. The thinner the watch, the less bulky it is on the wrist. However, another element of comfort is weight, which is what McGregor’s Patek is trying to chase. It’s still a pretty thin watch, with a height of 6.7mm – comparing favourably to the recently released Calatrava Pilot Travel Time (ref. 7234G-001) which has a height of almost 11mm – but it’s not in the same league as Piaget’s Altiplanos.

Instead, it focuses on weight loss instead of height loss. Its skeletonisation and elaborate engraving not only make the watch lighter but also make it visually stunning. At the end of the day, that’s really what the Patek’s going for: if it really wanted to be the lightest watch ever, it wouldn’t be made out of gold.

So it might not be wafer-thin, but it’s certainly still a delicate piece of machinery. But that doesn’t bother the very macho McGregor, who wears the expensive watch almost everywhere: on his summer holidays, to the Super Bowl, and now apparently for impromptu toilet photoshoots…

The reality is that while big chunky watches look masculine, they’re not always the most comfortable things to wear. It’s one thing if you’ve got wrists like Sylvester Stallone and Arnold Schwarzenegger, but for the average man – hell, for even the above-average man like Conor McGregor – a really big watch might just be too much.

In that sense, we applaud McGregor for not only his exquisite taste in timepieces but also for his quiet confidence in wearing something that seems so out of character. There’s nothing wrong with wearing a comfortable watch.