Canadian pop singing sensation Justin Bieber is no stranger to our style pages here at D’Marge. Whether he’s rocking a luxurious timepiece or switching up his hairstyle, the newlywed divides opinion like a banana split.

One style move that falls firmly into that Sundae is his constant desire to wear Crocs. Regularly described as the ‘footwear contraceptive for men’, Biebs has been seen sporting the God awful shoe on several occasions.

His latest faux-pas was spotted in Miami, Florida on the 28th of November on a Thanksgiving stroll around the city with his wife, Hailey. Stepping out with a new platinum blonde hairstyle, the Love Yourself singer was seen wearing a casual outfit of black shorts and t-shirt, with the caption “Drop the album already,” (perhaps a nod to his forthcoming fifth album).

While music fans might be interested in this (and to know that Bieber said in March he would be taking a break from music, then announced he would be working on a new album a month later at the Coachella Music Festival), it’s what’s on his feet that has fashionistas reeling.

Not only are they Crocs, but they’re multi-coloured Crocs that we can’t find on the company’s website, suggesting they could be a custom design. Bieber is clearly enamoured with the controversial clog, as he’s been seen flaunting the footwear on a number of previous occasions, including a white pair in downtown LA and a grey pair with matching socks. 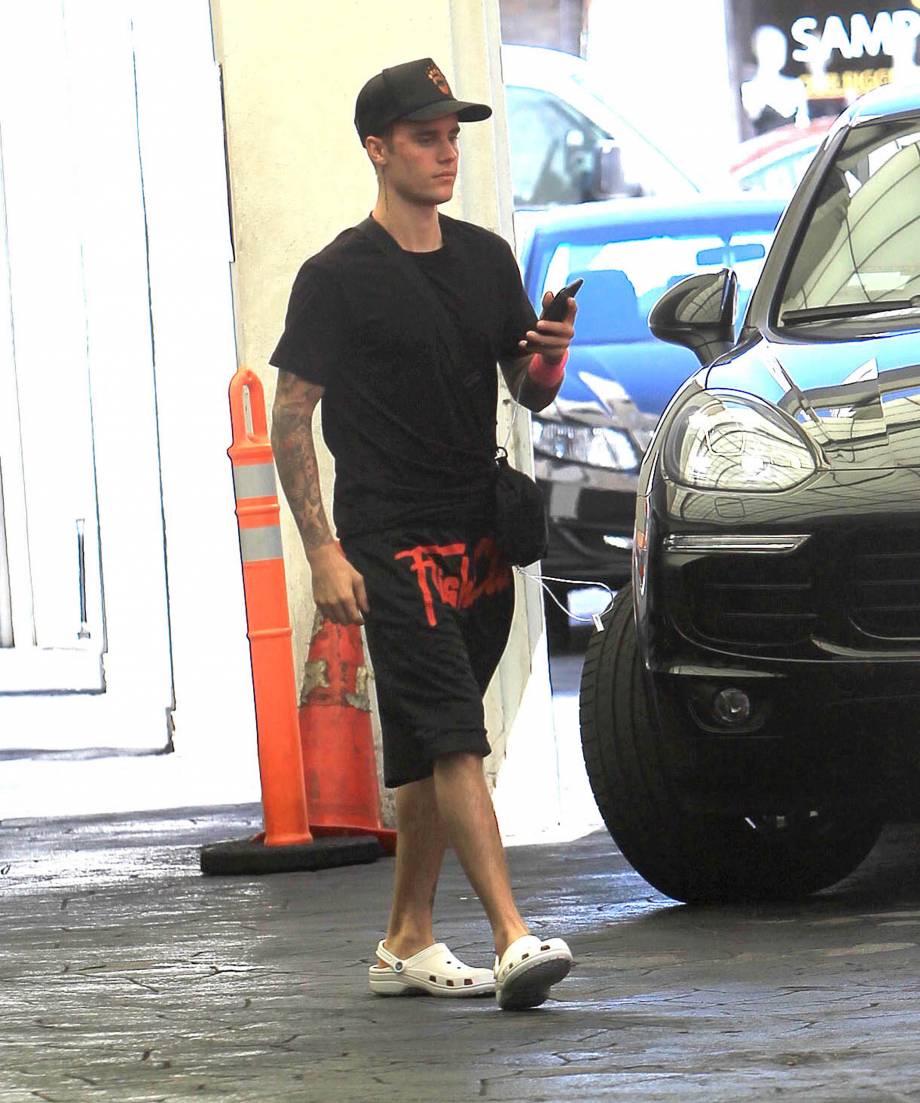 Maybe it’s no coincidence that his Croc-wearing days have increased after his marriage to model Hailey, there’s surely no way he would have been able to seduce her otherwise.