Not just putting along… 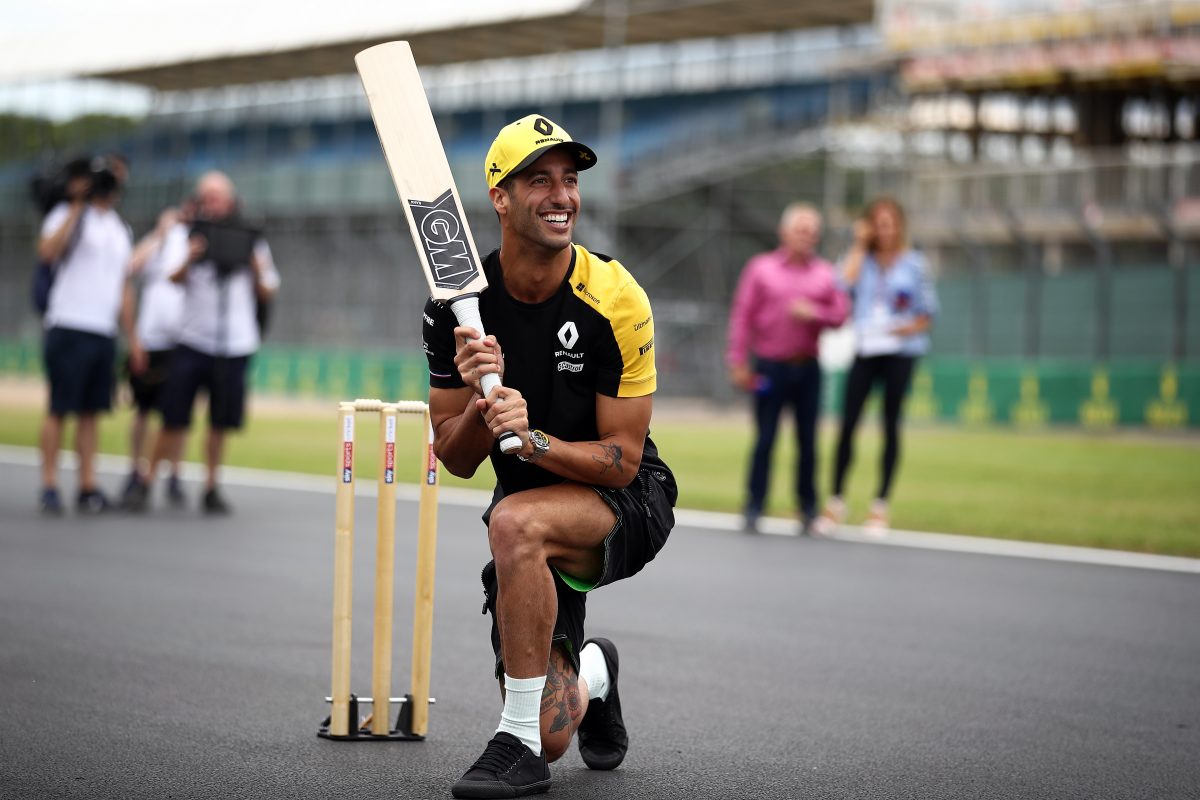 NORTHAMPTON, ENGLAND - JULY 11: Daniel Ricciardo of Australia and Renault Sport F1 plays cricket on track during previews ahead of the F1 Grand Prix of Great Britain at Silverstone on July 11, 2019 in Northampton, England. (Photo by Bryn Lennon/Getty Images)

Daniel Ricciardo is on a high right now.

The ‘Honey Badger’ cinched 3rd place in the Eifel Grand Prix in Germany on Oct 11, his first podium since the 2018 Monaco Grand Prix and his team Renault’s first top-three finish as a fully-fledged constructor since 2011. This weekend, he’ll be racing in the Portuguese Grand Prix at Portimão, which is an auspicious place for him: it’s where he cinched his British Formula 3 title back in 2009, laying the groundwork for his ascendancy to the F1 big leagues.

But maybe he should be looking towards Augusta instead of Portimão, as his most recent stunt reveals.

Relaxing ahead of this weekend’s big race, Ricciardo enjoyed a spot of golfing, sharing a spectacular ‘bend it like Beckham‘ putt that had him joking “I’d like to go by Gilmore Happy this weekend please.”

Because they’re behind the wheel of a car, you don’t think of F1 drivers are as fit as say, a football player. But you absolutely need to be in top physical condition to drive an F1 car. Not only do you need insane reaction timing and dexterity, but the intense G-forces F1 drivers pull take a huge toll on one’s body, with modern drivers copping up to 8g’s when cornering, TheDrive reports – similar to what a fighter pilot endures.

There’s also the mental factor: being able to make split-second tactical decisions; multi-task between communicating with your team, monitoring your car’s condition and reacting to competitors; memorising course layouts and weather conditions…

Perhaps it’s no surprise then that he’s a dab hand at something as seemingly straightforward as knocking a dimpled ball into a hole. It’s a lateral career move option, at least.

This weekend’s Portuguese Grand Prix is the first time since 1996 Portimão’s been a part of the F1 calendar, and is sure to be a hotly contested race. Lewis Hamilton, Valterri Bottas and Max Verstappen are comfortably on top of the driver standings, with Ricciardo following up distantly in P4. With the likes of Charles Leclerc and Lando Norris nipping at Ricciardo’s heels, he’ll need to make sure he brings his A-game if he wants to maintain his position.