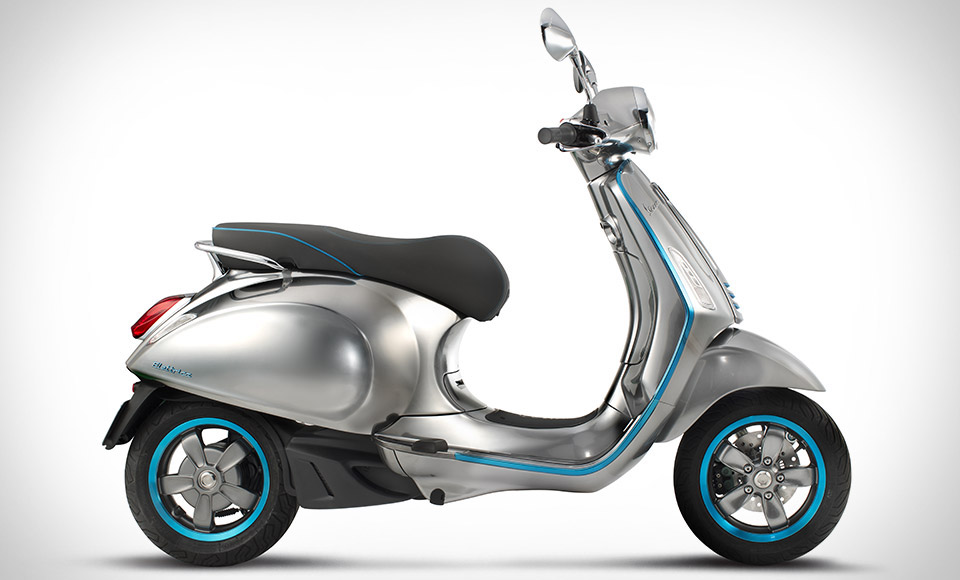 The Vespa family is getting a brand new member. Meet the Vespa Elettrica, the iconic Italian brand’s very first foray into electric motors.

If you watched Leonardo DiCaprio’s recent climate change documentary and are scared shitless for the future of our planet, this one’s for you. The Elettrica will run on Vespa’s first eco-friendly electric motor. According to the Piaggio Group’s statement, the scooter will retain the “style, agility, ease of use and riding pleasure” Vespa has built its name on, with the addition of that Earth-conscious engine and “technological and innovative connectivity solutions.”

What exactly “connectivity” means remains to be seen . Details are scarce so far – no specs, no pricing, just images and a press release. What we do know is the Elettrica boasts a stark metal body with electric blue accents. It’s not hard to imagine a slightly more souped-up version – maybe one that hovers – appearing in a sci-fi film. The eye-catching look may not appeal to everyone, but early reports seem pleased with its Italian-chic-meets-Minority–Report aesthetic.

And now the bad news: a cleaner, smarter scooter is almost guaranteed to come with a bigger price tag. Gizmodo predicts it could clock in near the US$10,000 mark. Although electric scooters can be had for cheaper, they don’t come with the quality and prestige of the Vespa name.

Piaggio Group says the Elettrica will drop in the second half of 2017, so you have at least six months to save up. 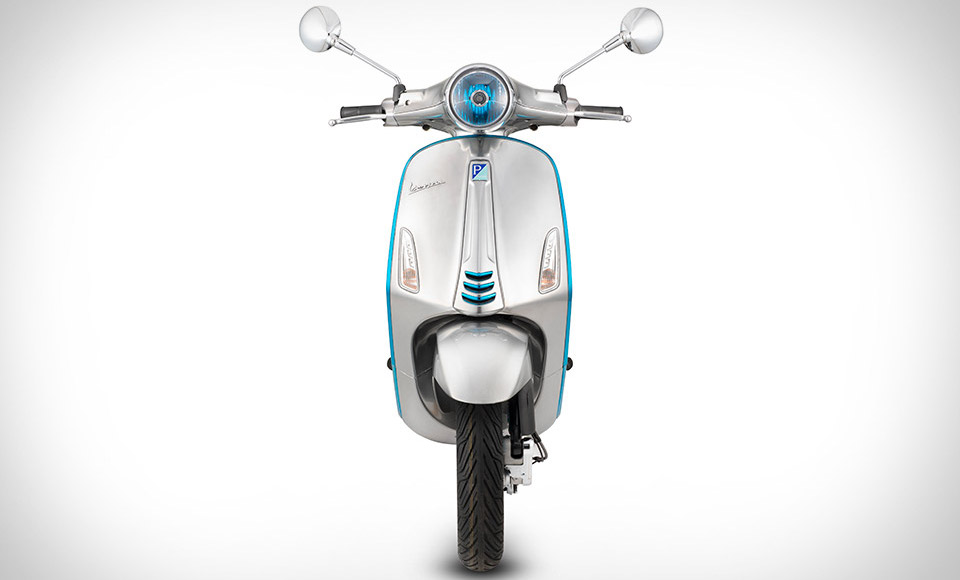