The conveniences of city life have their perks, but a daily commute through molasses-slow traffic is not one of them. A relaxing drive through sublime scenery, on the other hand, is positively therapeutic. Canada’s vast and varied landscape provides ample opportunity for restorative automotive activities. 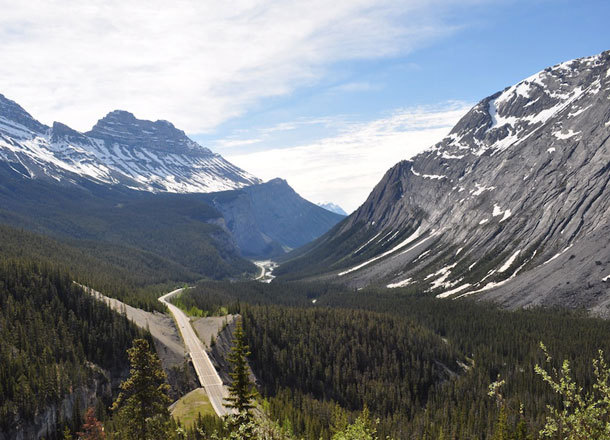 Icefields Parkway takes the term “scenic drive” to new heights. It runs along the Continental Divide, traversing the rugged landscape of the Canadian Rockies, cutting through Banff National Park and Jasper National Park, and passing the Columbia Icefield. The double-lane highway receives up to 100,000 vehicle visitors a month in July and August. The road itself is not particularly dangerous, but watch for wildlife and unpredictable weather. 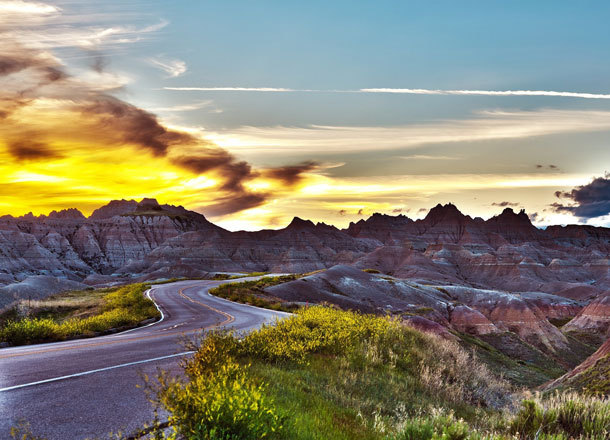 Dinosaurs meet the Wild West – no, that’s not the plot for a low-budget sci-fi flick, that’s a description of the Canadian Badlands, one of the most unique destinations in the country. The Badlands are home to Dinosaur Provincial Park, ghost towns, and rustic ranches, making for an unusually, unsettlingly beautiful drive. Take the road from Calgary to Drumheller. The two-hour trip drops you in Drumheller Valley, a fossil-mecca where you could find a very special souvenir. 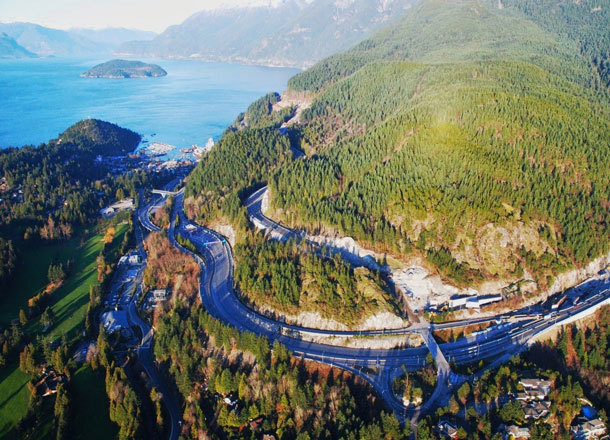 Outdoor adventure meets awe-inspiring beauty meets the ever-present threat of death on this route. The Sea-To-Sky Highway is a treacherous trip, built into a steep cliff and hanging precariously over the gaping maw of Howe Sound. There’s no barrier to keep reckless drivers on the road, earning it the nickname the “Drive-to-Die Highway.” You’ll need balls of steel to enjoy these ocean views, massive mountains and coastal rain forests. 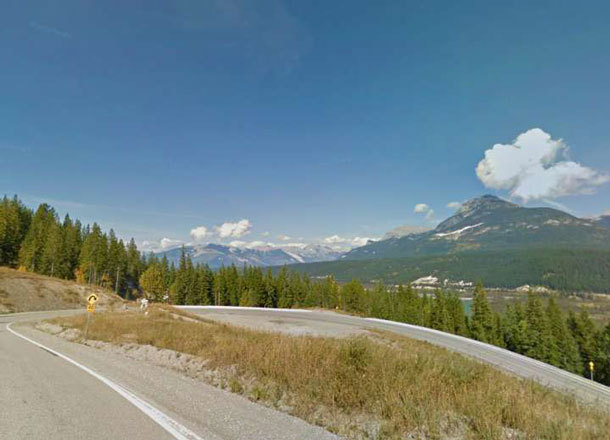 Hear “trail” and your first thoughts are of hiking, horseback riding or some equally low-tech, rural pursuit. In the case of Kicking Horse, however, the trail is asphalt and the horse is really horsepower. The scenic passage through British Columbia gains a staggering 475 m in just 10.5 km, offering spectacular Canadian Rockies views. At the end of the drive, treat yourself to a relaxing stopover at the Kicking Horse Mountain Resort’s spa. 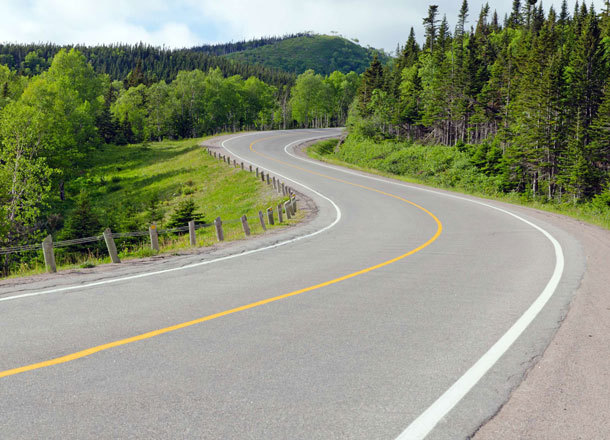 When you name something “Viking,” you set certain expectations. While you won’t see any horned helmets, and pillaging the local villages is strongly discouraged, a drive down the Viking Trail does feel like an epic adventure. Its 400 km are draped over barren and rocky coastal land, taking you about as far north as you can go before tumbling into the icy North Atlantic. Highlights along the way include Gros Morne National Park and L’Anse aux Meadows, the only authenticated Viking site in North America. 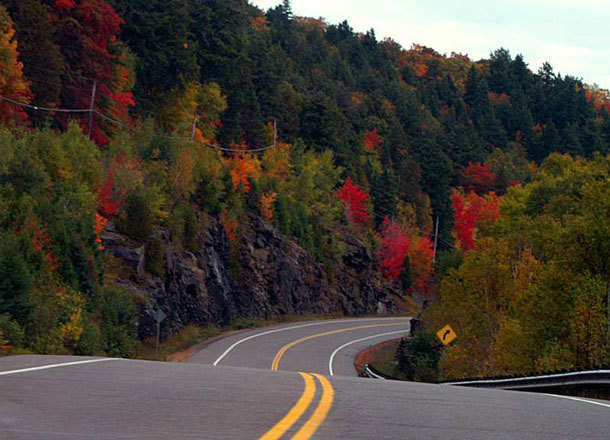 The 255.8 km King’s Highway 60 serves as the primary corridor through Algonquin Provincial Park, where it’s known as the Frank McDougall Parkway. Take the drive in the fall, when the park’s famously colourful foliage is in full bloom, and beware of moose. This is a great area for spotting them, but also a great area for hitting them. Come on a Thursday night in August or September and you may see as many as 600 cars gathered along the highway to hear wolves howl. 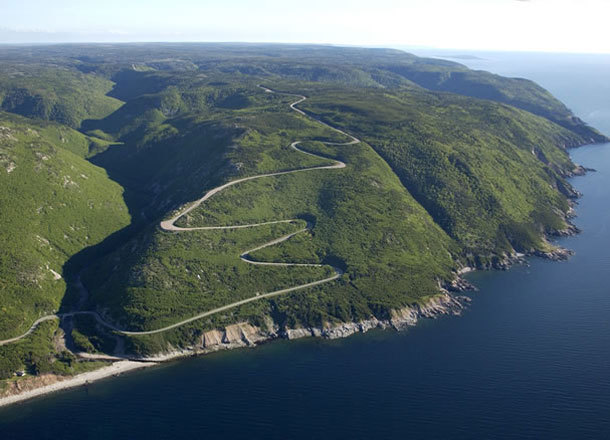 Visiting Cape Breton Island? Set aside a day (or two, or three, or…) to explore the legendary Cabot Trail. Its loop around the island travels over steep grades and curves, past picturesque ocean vistas, alongside scenic overlooks and cultural heritage sites. Once you begin the drive, you’re in it for the long haul. It ends only by completing the loop or by turning around and retracing your path. You cannot cut across the center of Cape Breton Island. 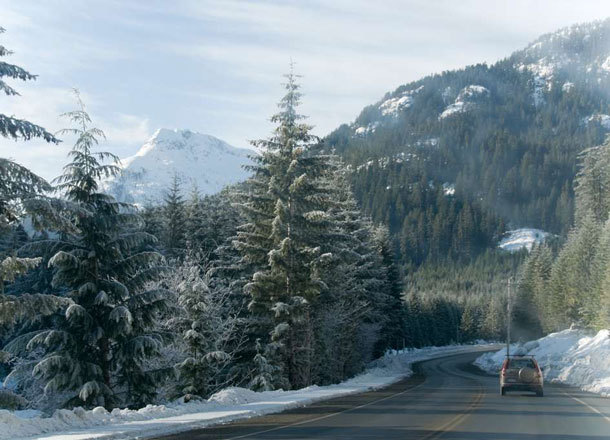 Once upon a time, this moss-laden landscape and unbroken stretch of ocean were visited only by serious adventurers. Today that formerly toruous road is the black-topped Pacific Rim Highway, and one million travellers pay a visit to its 160 km of pure driving bliss each year. Natural wonders abound, plus recreational opportunities like golfing and whale watching. Steep grades and damp roads can make this a difficult journey, so come prepared. 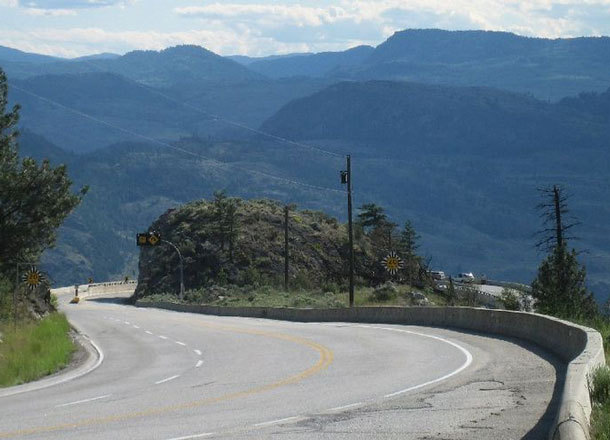 The Crowsnest Highway unfurls across 1,161 km through the southern parts of British Columbia and Alberta. Much of it traces the route of a mid-19th century gold-rush trail, and though you’re unlikely to spot any precious metals today, it’s certainly a golden opportunity to test your mettle as a driver. The Crow is a two-lane twister through shifting terrain that takes the automotive experience to the next level.

Forks Of The Credit | Ontario 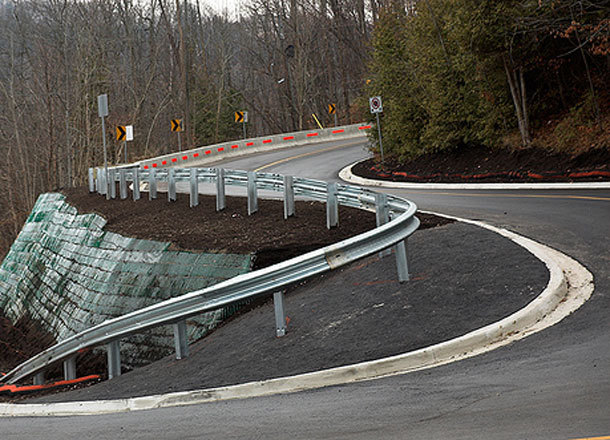 Forks Of The Credit is a historical and beautiful road in the Greater Toronto Area. Be prepared for crowded weekends – it’s a popular destination for local enthusiasts and the police out to ruin their days. Provided you have no run-ins with the law, you have a charming, tree-lined blast along the Credit River and one hell of a hairpin turn to look forward to. Take Mississauga Road north for an extra thrill.