When faced with the tough question of why one would ever need a stonking performance SUV like the 2017 Jeep Grand Cherokee SRT, it’s a rather simple case of addressing the pros and cons.

Pro: Haul ass at a track on a Saturday before lugging the entire family out to a lovely dinner on a Sunday.
Con: It devours petrol like water – unless it packs a Hemi engine – which this car does, meaning it can shut down half of its firing cylinders during the more ordain commutes.

Result? We have a winner. But not so fast.

Make no mistake, the current range-topping Jeep Grand Cherokee SRT is quite simply a wolf in wolf’s clothing. Whilst it shares the same architecture and name of the conventional American urban off-roader, everything else has been enhanced from its powerplant to the powertrain to the brakes and bodywork. It’s not exactly subtle even when it attempts to be and that’s the point – buyers from this car segment are drawn by the appeal of a weaponised people mover lurking amongst the sheep.

The 2017 Jeep Grand Cherokee SRT is one of the  examples of such a car you can get today without taking the pricier European route with names like the Mercedes GLE63 AMG and BMW X5 M. It’s bold, distinctive and brash only when called upon and that’s why it works in today’s overly politically correct society.

The most formidable feature of the SRT is the heart itself. Lift open the heavily vented bonnet and it will reveal a big 6.4-litre Hemi V8 which is capable of delivering a healthy 344kW of power and 624Nm of torque.

This allows the car to hit 100km/h in just 4.9 seconds with the help of launch control and a nice eight-speed automatic transmission. Yes, you read right. Launch control in an SUV which weights over two tonnes.

Whilst the figures aim for sports car levels of performance, it’s really the intoxicating noise from the engine and exhaust alongside the haste at which the SRT moves that will captivate drivers.

The car has five modes – Auto, Sport, Tow, Track and Snow. Switch the car into Auto mode, be sensible with the throttle and you’ll average around the claimed 13-14L/100km like we did. Flick it into Sport or Track mode and the V8 comes to life with burbling glory, quicker shifts, throttle response, tighter steering and about 90 percent of torque kicking in from 2800rpm.

We didn’t get to take the car to a drag strip to test its potential but in normal driving conditions the car launched itself off the line with little effort and a bit too many smiles. Be warned though; you really need to keep an eye on the needle as the speed limit can be quickly dispatched without the driver even realising. We attribute this to the overall size and stature of the car which covers up a bit of the sensation of sitting in a car closer to the ground.

As Aunt May once said, with big power comes big responsibility. Or something rather. The SRT calls upon some big Brembo stoppers in the brake department which handled the stop-start traffic with ease and little bitting. At higher speeds it maintained our confidence, wiping off speed at a significant pace considering how heavy the car is.

A Neat Box Of Tricks

A peak inside the 2017 Jeep Grand Cherokee SRT will reveal a cabin that’s been given some real love to bring it on par with some of the more pricier competition. The simple yet functional aesthetics remain distinctively American with its chunkier lines but in terms of trim quality, it’s definitely moving in the right direction.

We have heated front seats wrapped in leather and sporty Alcantara, a Bluetooth-enabled audio system which is simple enough to use with most devices and carbon fibre accents to remind you of the car you’re in.

It also retains the same internal proportions as the standard Jeep Cherokee so that means there’s decent room for you and other passengers. There’s enough stowaway points for anything like your keys, phones, bottles and sunglasses littered throughout the car whilst the boot is also a big winner, being able to carry numerous weekend bags with little effort.

There isn’t much to pick on with the 2017 Jeep Grand Cherokee SRT except for maybe the stigma of American quality and lack of refinement. The SRT goes a long way to change this perception and it does so without losing its rakish American soul.

This is most evident in its wild Stormtrooper styling which comes with blacked out grille, 20-inch rims “hiding” bright red Brembos, gaping vents and flared arches. It’s slightly comical at times but it quickly backs it up with a blip of a throttle to leave any detractors stunned.

If we needed to pick on something, sensitivity of the front safety sensor which told us to brake immediately on the dash when we were just cruising along at 60km/h with nothing in front of us was probably a little startling.

It was however raining that day and one suspects that the sensor could have just picked up some reflection (this happens to my own car in parking situations when no obstacles are around it). It didn’t happen again during our time with the SRT.

The 2017 Jeep Cherokee SRT is a visceral piece of machinery which can roll around like any other SUV when you want it to and turn into quite the animal when your right foot decides to get giddy.

For that, you won’t need many options as the car comes with most of the premium appointments you’d expect from a car starting at $91,000 before on-road costs.

In terms of performance SUVs the SRT gives its more pricier competition a serious kick in the backside. It might not be as refined as a German just yet, but it’s definitely got one part of the equation right and for some, that’s enough. 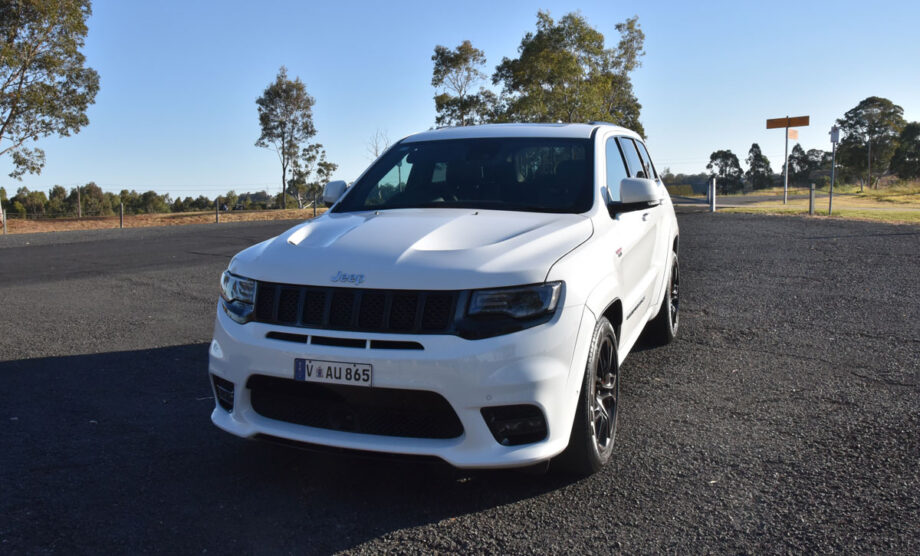 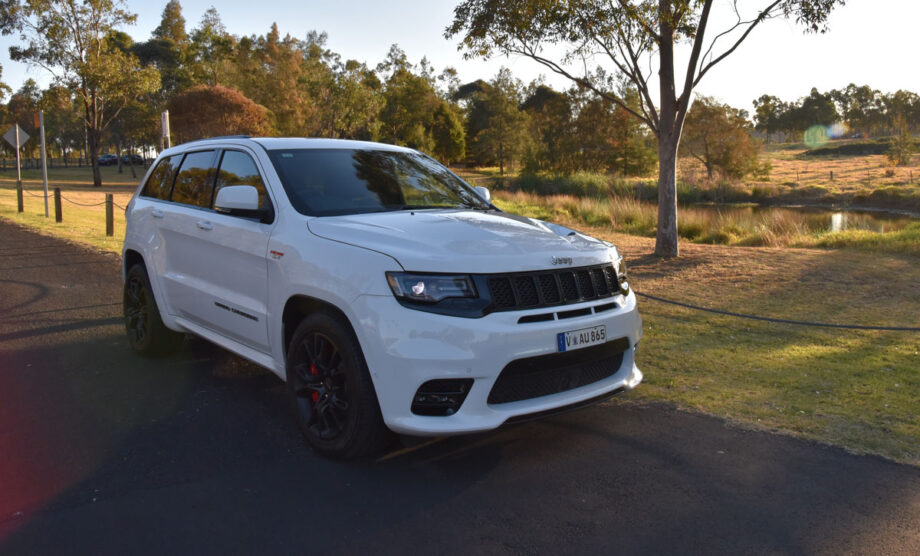 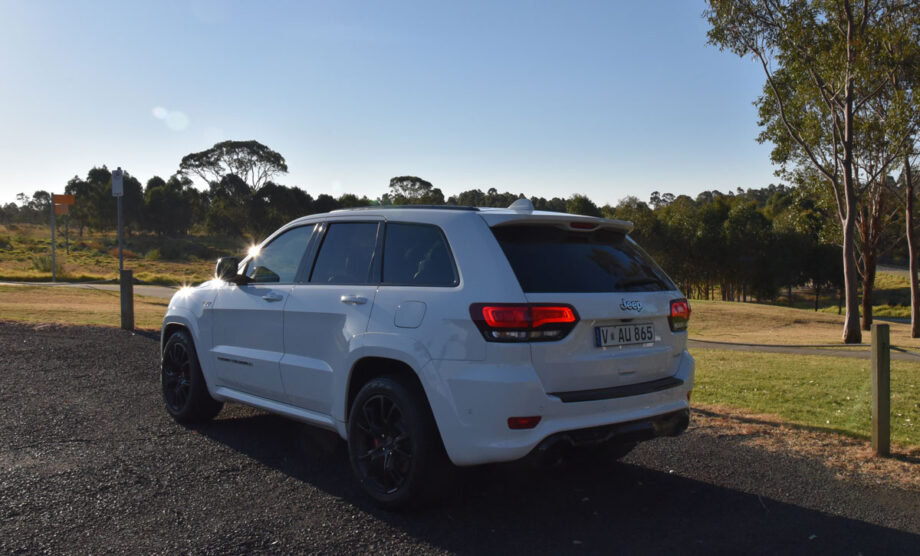 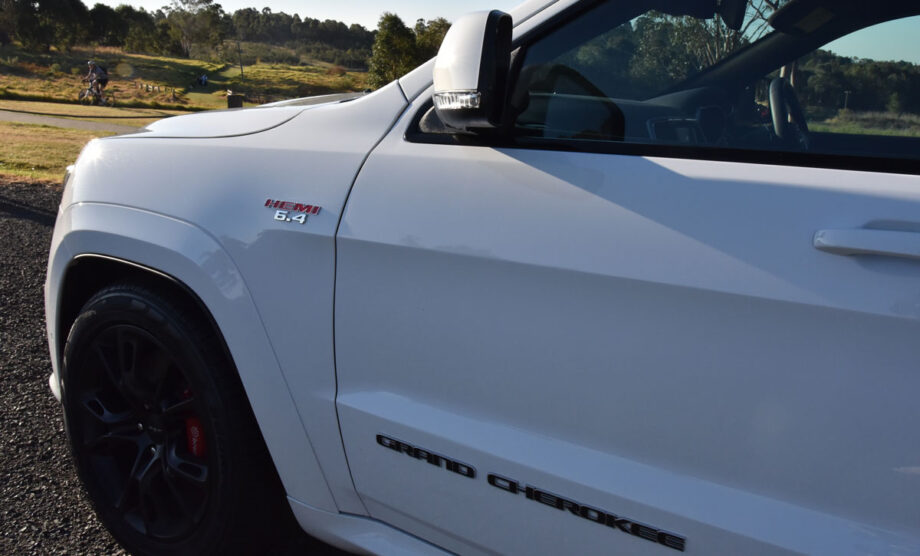 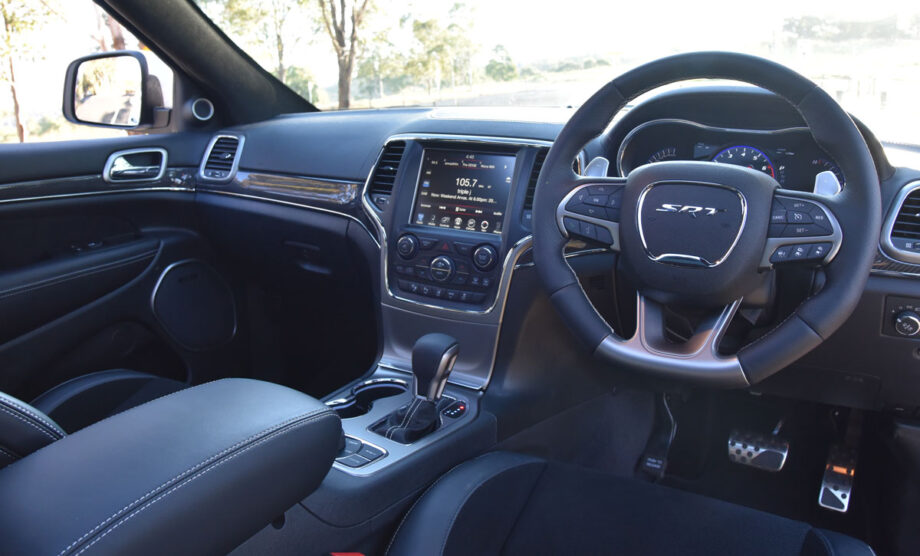 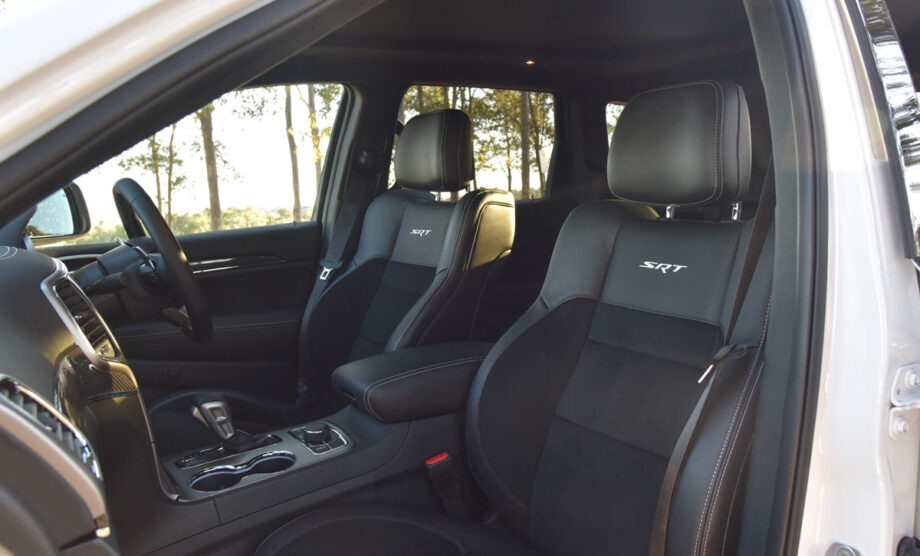 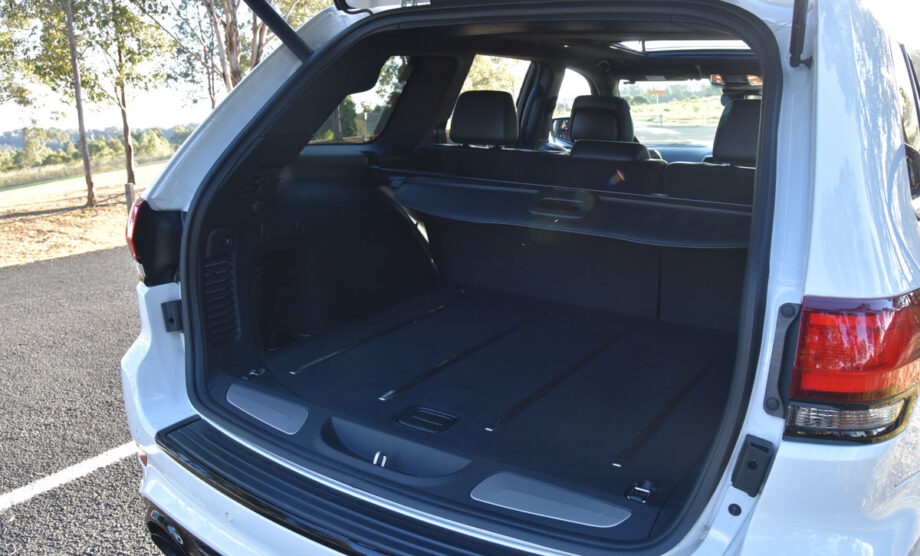 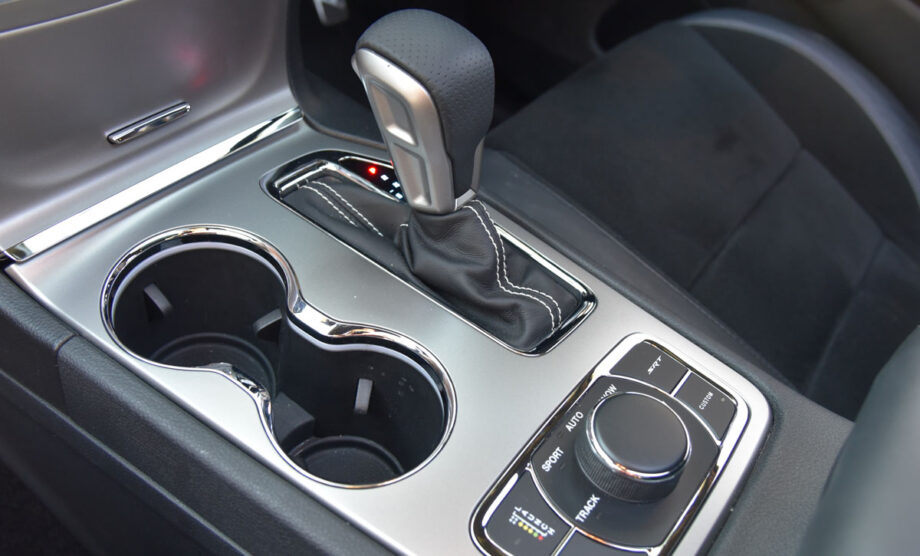 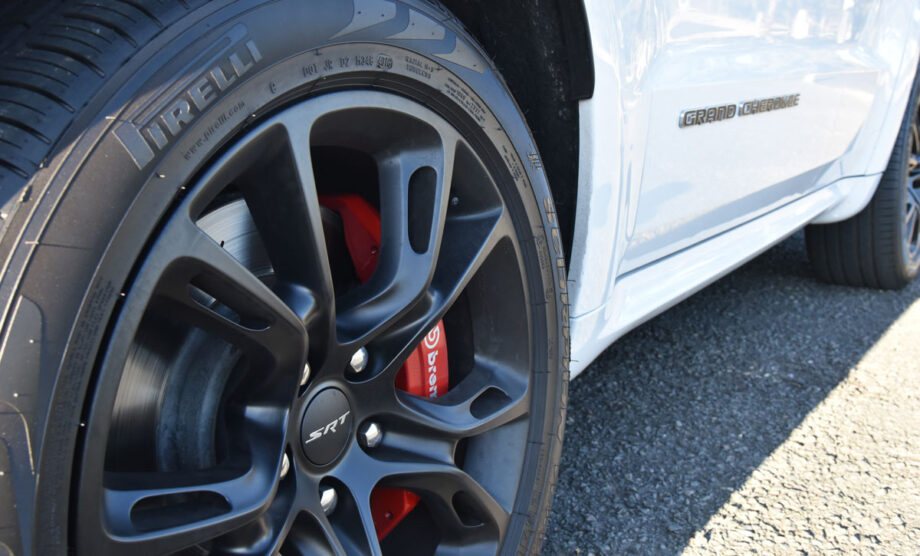 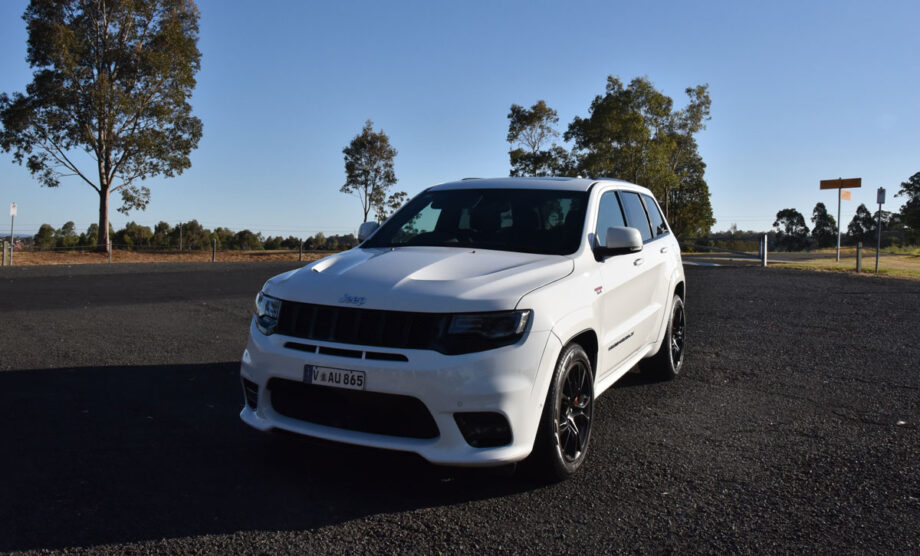