Menswear Labels You Probably Had No Idea Were Australian 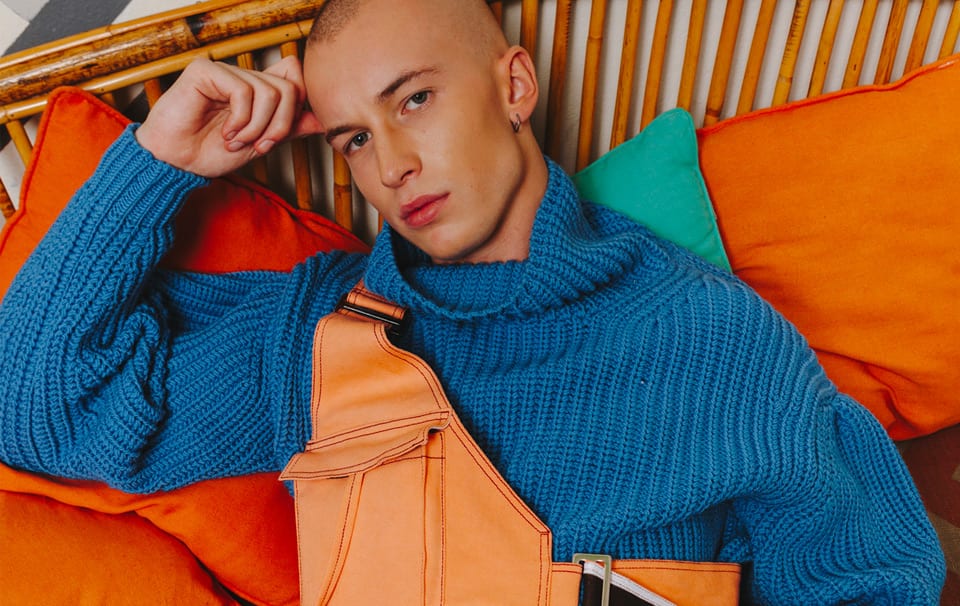 When it comes to fashion, a few cities are always in the spotlight. We love New York for its gritty urban streetwear, London for its stately English tailoring, and Milan for its carefree sprezzatura.

What we don’t hear nearly enough about are the Australian brands making it big here and abroad. The world may not yet speak of Mercedes Benz Fashion Week Sydney with the same reverence it does Paris, but we can dream. In the meantime, let’s celebrate the cool Australian menswear brands helping to make that dream become a reality. 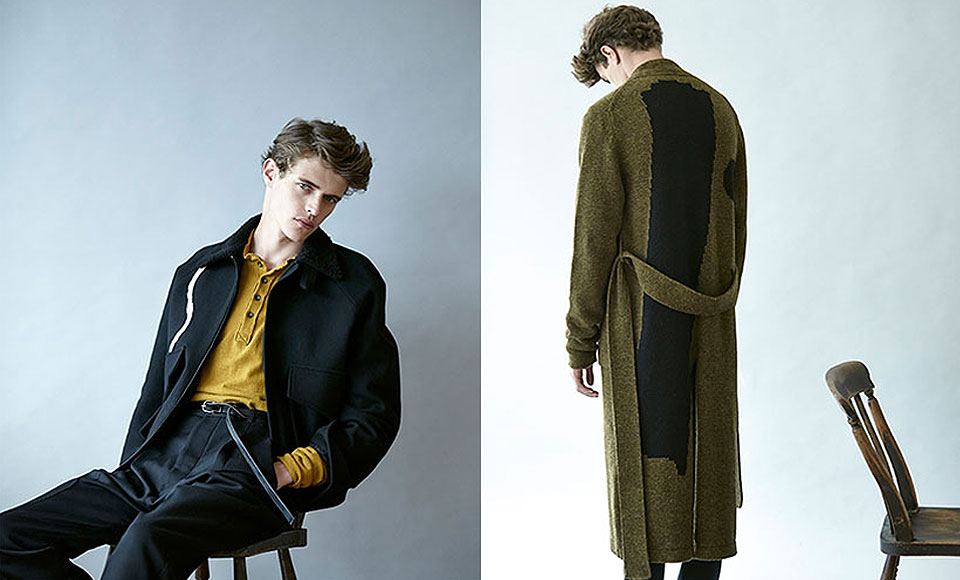 The young label’s uncompromising approach to design – a huge focus on finding just the right fabric and showcasing its texture – in dark, and moody colour palette – is why SFTM is a must-have in your wardrobe. Especially, the outerwear.
Shop Now 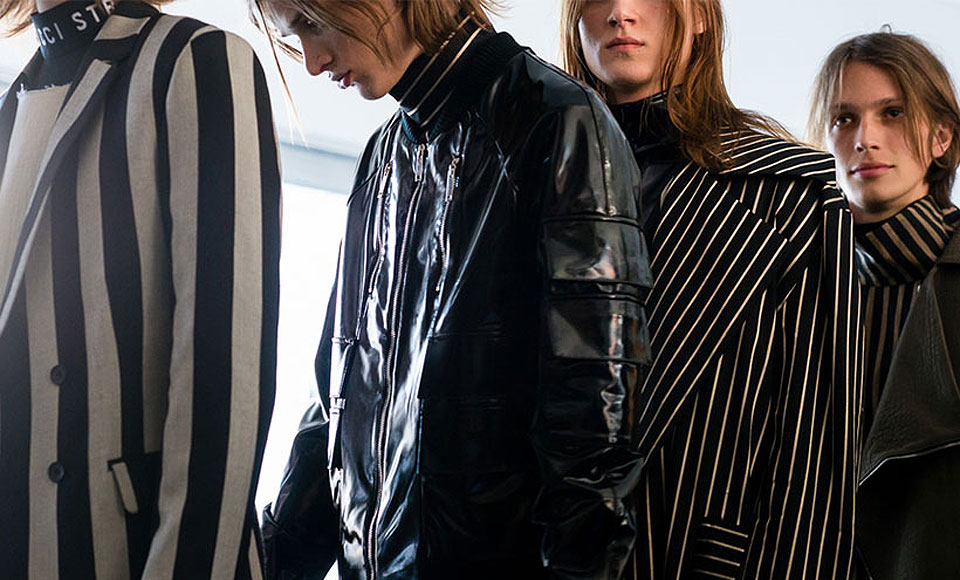 2 of 14
Strateas Carlucci
Strateas Carlucci – a creative collaboration between Australian designers Peter Strateas and Mario-Luca Carlucci – debuted in the A/W 2013 season to a select group of buyers in Paris. The hand-crafted clothing (shaped through a process the designers call “Metron-morphosis”) is focused on construction and tailoring, with a strong bent towards utilitarian elements.

The structured, minimal styles have a timelessness to them despite their edginess, which makes them all the more intriguing. And they’re award winning, taking out the International Woolmark Prize Australia Regional Finals in 2015, for their expertise in merino wool.
Shop Now 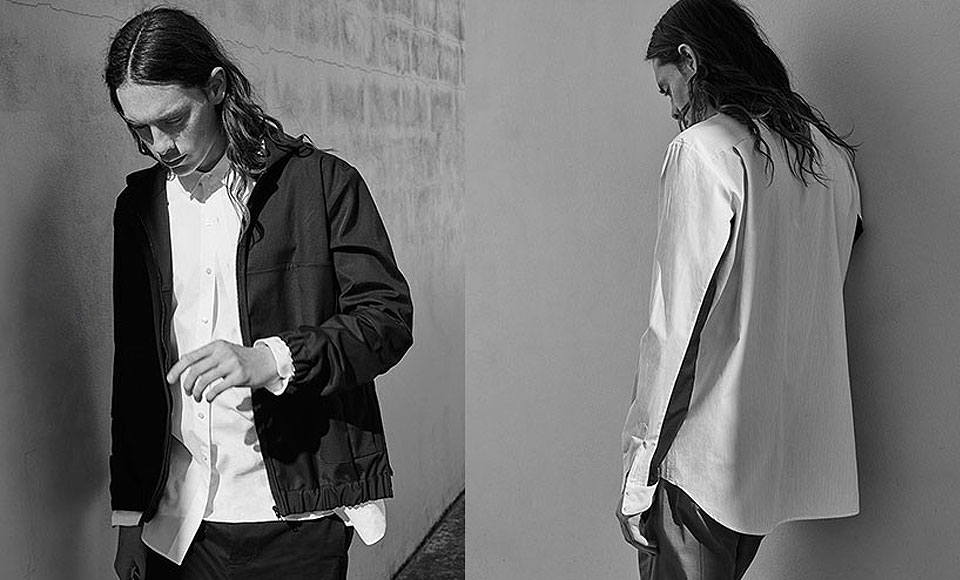 3 of 14
Bassike
Sustainable and luxurious, Bassike is a casual but smart menswear label that was founded in 2006. Launched by Deborah Sams and Mary-Lou Ryan, Bassike’s philosophy is about all structure with style.

Their collections are known for an effortless approach to basics, offering plain tees, shirts, trousers and shorts in organic, soft cotton. A more tailored look has crept in of late, with a selection of blazers and cuffed low-crutch trousers. The label’s sunglasses range is worth a look-in, while their denim is Japanese sourced, light and washed – riding well for summer.
Shop Now 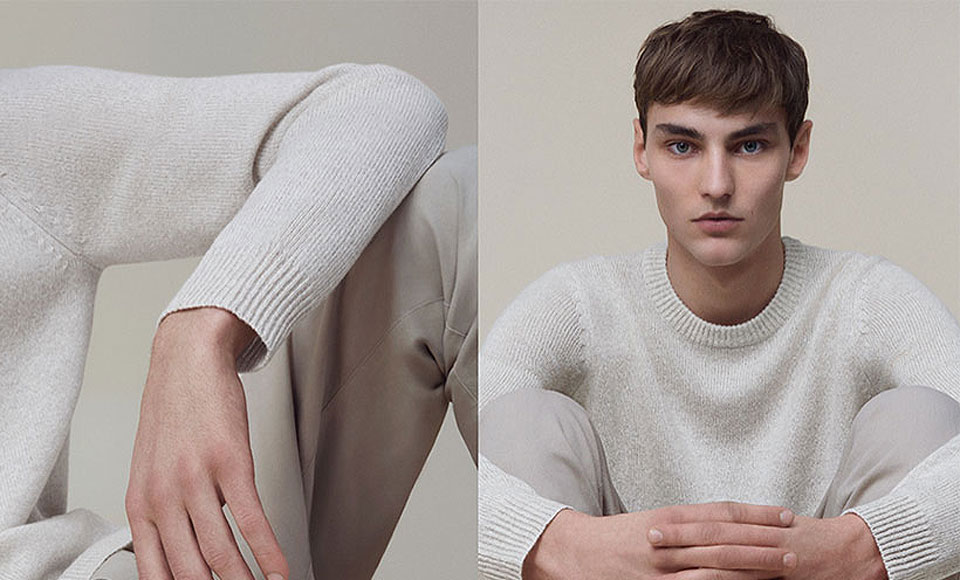 Its founders, Jacqueline ‘Jac’ Hunt and Lisa ‘Jack’ Dempsey, work with actual textile mills and spinners to source their cashmere, merino wool, fine cotton, linen and silks too. The defining style of their clothing is modern and basic, perfect for adding some classic essentials back into your daily routine. Come here for all your cashmere and knitwear needs, as well as their modern sweats collection.
Shop Now 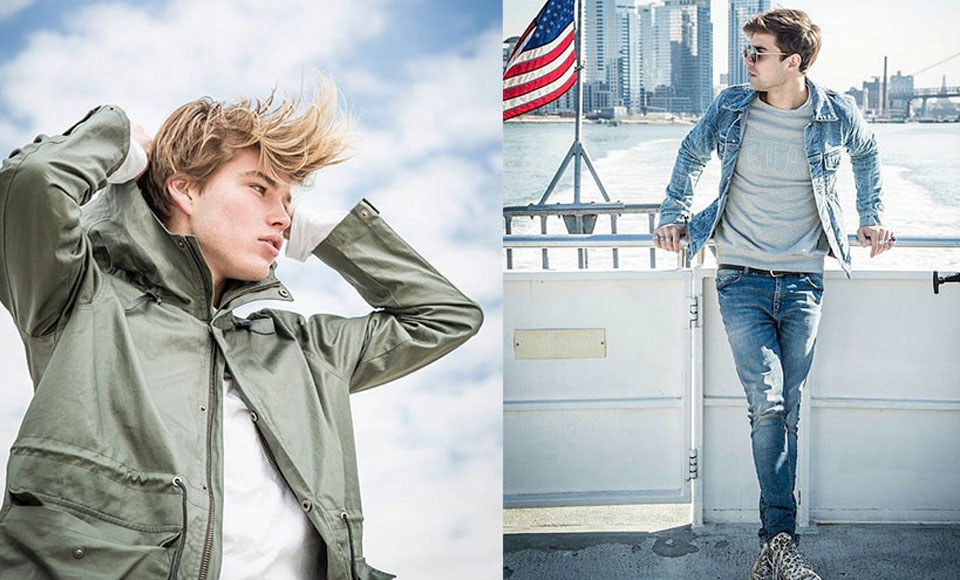 5 of 14
The People Vs.
The People Vs. is a Sydney outfit born from a desire to make high quality, vintaged-inspired, fashion fundamentals for the people. With a collective passion for art, music, surf and the streets, there’s a certain I-don’t-give-a-damn sense of New York-cum-Aussie cool about the label, which doesn’t hinder their search for quality.

But quirky they are. With terms like ‘moth-eaten’, The People Vs. embodies boutique laundering to create rips, holes & abrasions, in places you don’t mind having a gaping hole. Check out their solo store on the sunny shores of Bondi Beach or online.
Shop Now 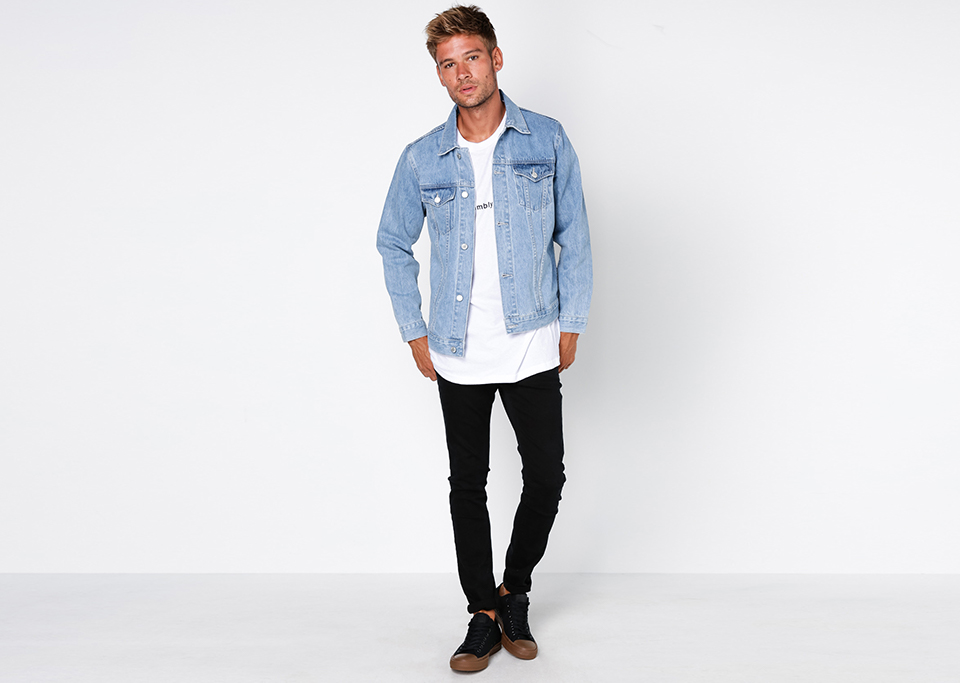 6 of 14
Assembly Label
Assembly Label started in 2011 as a marriage between wardrobe staples and exclusive fabrics that don’t usually feature in the realm of menswear basics. Their collections never stray far from the wardrobe essentials – tees, shorts, and shirts – that guys will be wearing year after year despite the sartorial fluctuations of high-street design.

They’ve also got premium gear in silk-linen blends that promise an easy transition from the everyday hustle to the bar stool. Their best-sellers are simple, monochrome items like a staple white shirt, tee, or thin crewneck. Stuff that every guy needs, but doesn’t necessarily get in a quality fabric that offers several seasons of good wear.

Assembly have stores in the trendy hot spots across Melbourne, Sydney and Queensland; their most recent standalone opened in the hipster mecca of Fitzroy in Melbourne’s northern city fringe. Assembly have the everyday gent in mind on the monetary side, so they’re a solid option for affordable basics when the wardrobe needs some fresh meat.
Shop Now 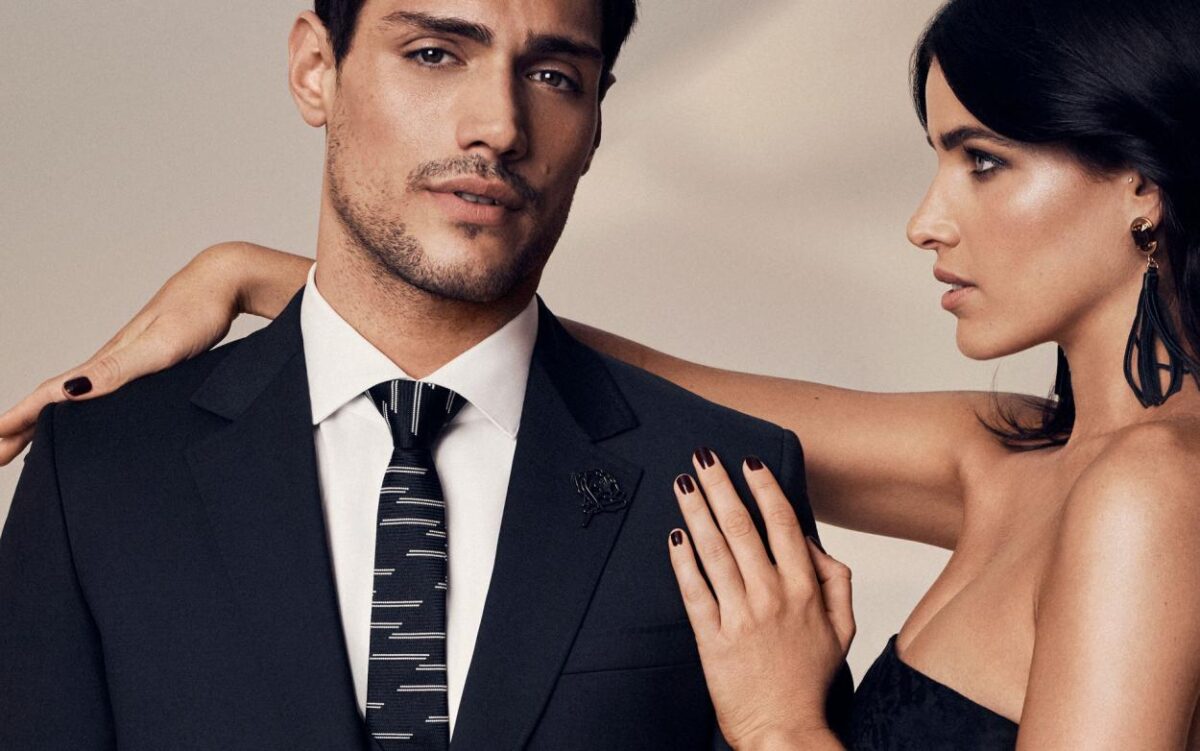 7 of 14
Calibre
Calibre has always been a brand ahead of its time. Launched in 1989 by Gary Zecevis, the brand pioneered the contemporary Australian slim cut as we know and understand it today, which for the time as a unique approach to the Australian male wardrobe.

Calibre offer both casual and formalwear, but both collections are linked by their tailored silhouette. You’ll find smart trousers that a cool older gent might wear, alongside a bold floral-printed shirt that was designed for end of year parties. Look out this winter for their rollnecks, sports jackets, and tailoring with a hint of 1970’s sartorialism (their leather jackets are showstoppers too).

Calibre are hard to miss on the cobbles. They have several stand-alone locations in major cities and a presence in premium department stores across the nation.
Shop Now 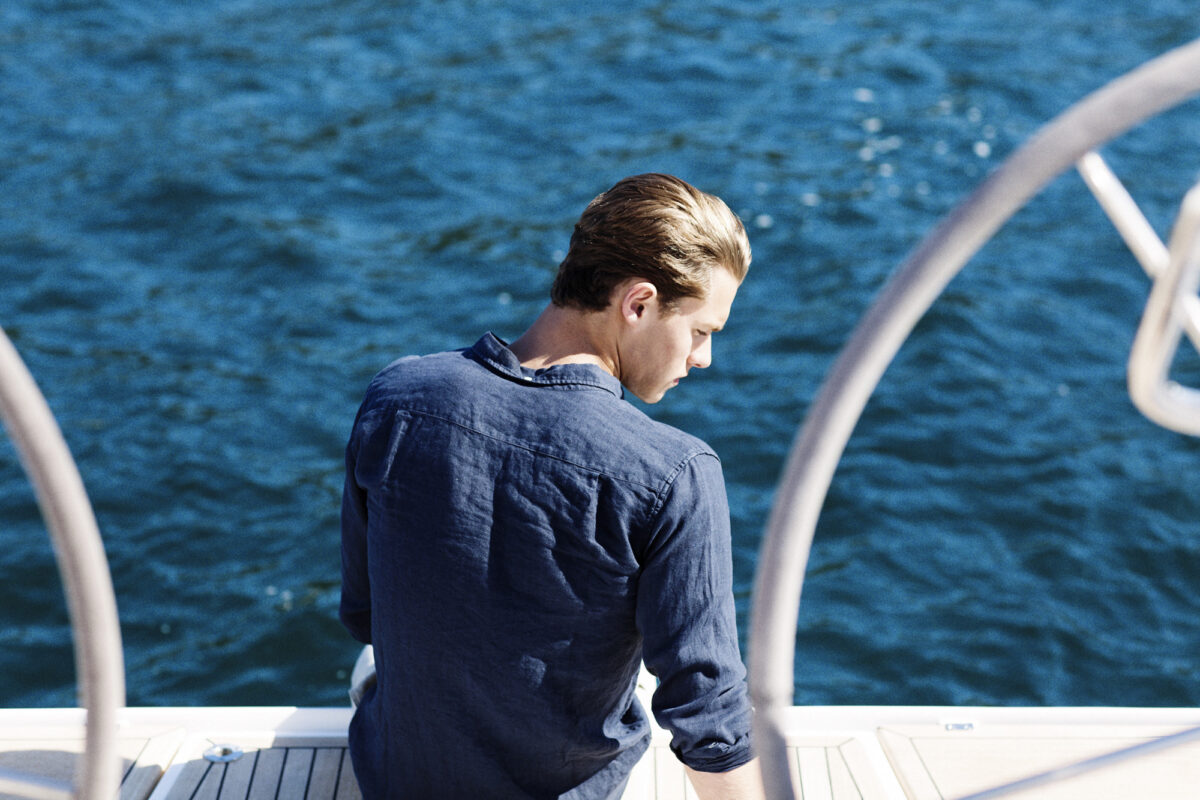 8 of 14
Venroy
Another fraternal partnership between a couple mates with a promising idea and lots of ticker, Venroy started off modestly as a wholesale business in suburban Sydney in the late 00’s. Promising world-class swim shorts for the Australian coastal ‘leisure life’, Venroy have been heralded as the next Billabong by the Sydney Morning Herald (a big call, but we’re on board).

They’ve been applauded (and blamed) for the growing acceptability of above-the-knee boardies and seem poised to capture a bigger slice of the oceanside apparel market as the years roll on, by introducing shirts and knits to their collection. Uniquely, they don’t offer seasonal collections and stock a full house, all the time – ensuring blokes across the globe have the right kit for the climate.

These guys aren’t shy retailers. Their Bondi flagship is right in the middle of the action and they can also be found in Paddington for those of you who only get to the beach on weekends. For shoppers outside Sydney, David Jones or their slick online store is your ticket to summer style.
Shop Now 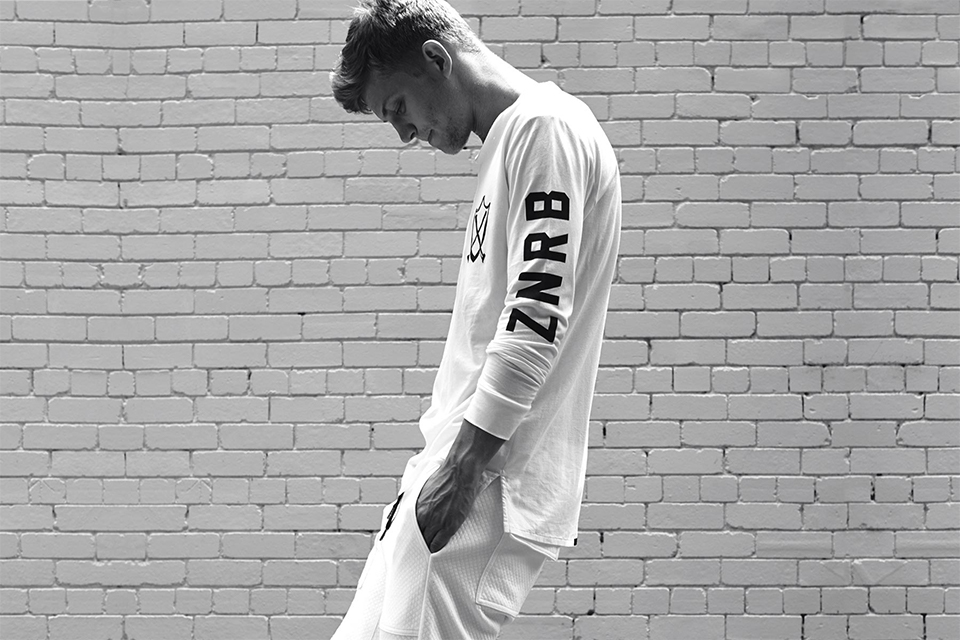 9 of 14
Zanerobe
Launched in 2008 by a couple of pals on the East Coast, Zanerobe are fast approaching their ten-year anniversary with no signs of age – except growing maturity and a stronger grip on the global streetwear scene. Their collections, released seasonally, revolve around a combination of streetstyle basics – tees, pants, and workwear-inspired jackets (they do summer-friendly kit too).

Their elastic cuff pants are a big hit for their utilitarian, military-inspired aesthetic and comprise the one of the primary legs of their collections. Project A – Zanerobe’s limited edition apparel – combines their characteristic streetstyle aesthetic with premium international fabric selections from France, Japan, and beyond.

Rise, their latest collection, blends their utilitarian ethos with seasonal hues – neutral pastels, browns, and tan. Zanerobe have a strong presence in Australian retail. While they’re yet to open a standalone down under, they’re a regular presence in department stores and large menswear retailers.

A trip into DJ’s or General Pants will introduce you to most of the good stuff, and they have a tidy online retail experience for anything you can’t find in the bricks and mortar.
Shop Now 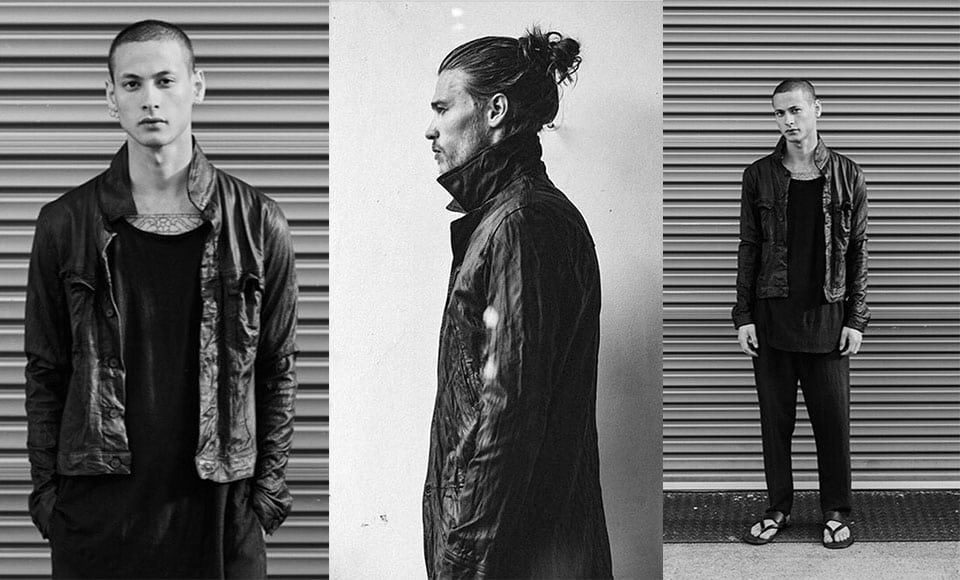 10 of 14
NON-TYPE
NON-TYPE is the latest creation in the long history of design and fashion for its two founding members Gareth Moody and George Gorrow. The line is a morphing of genres, a modernist non-seasonal, non-trend focused ready to wear men’s collection.

This no fixed genre and a non-type rating approach is an open door with a license to roam across all aspects and fields of apparel, not limited to fashion and lifestyle but equally comfortable, touching on the premium surf world.
Shop Now
< 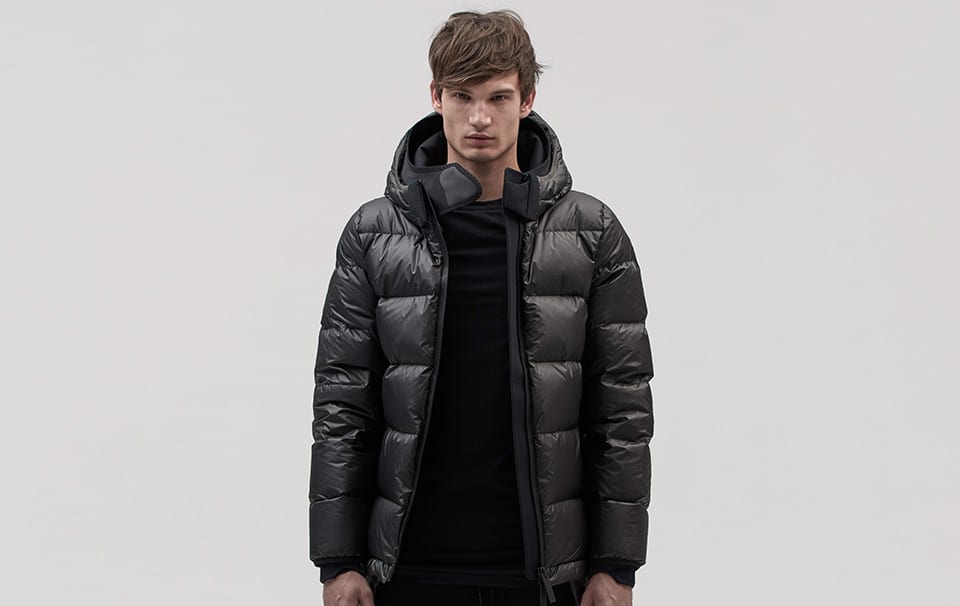 11 of 14
Templa Projects
Remember Claude Maus? It was one of the best denim brand to every be created in Australia until it was put to the sword by those guys at Project X. Well the good news is Rob Maniscalco is back with a new brand called Templa Projects.

Templa is a luxury outdoor performance brand, specialising in alpine and urban outerwear that fuses a contemporary aesthetic with technical innovation for the fashion conscious outdoor adventurer.

Think puffer jackets and vests made from the most luxurious fabrics for the most extreme conditions. Get around it.
Shop Now

12 of 14
Chris Ran Lin
F*ck yeah, knitwear! Chris Ran Lin is the menswear designer that Australia needs. His design have been showcased at MAFW much to the praise of the industry. In 2013 Chris Ran Lin launched his menswear label based in Melbourne. He believes in the unlimited potential of the knitted garment and combines old-school tailoring techniques with traditional craftsmanship.

Chris Ran Lin is the type of designer you would expect to see at London Fashion Week. Bold, innovative and not afraid to show Australian men how it’s done.
Shop Now 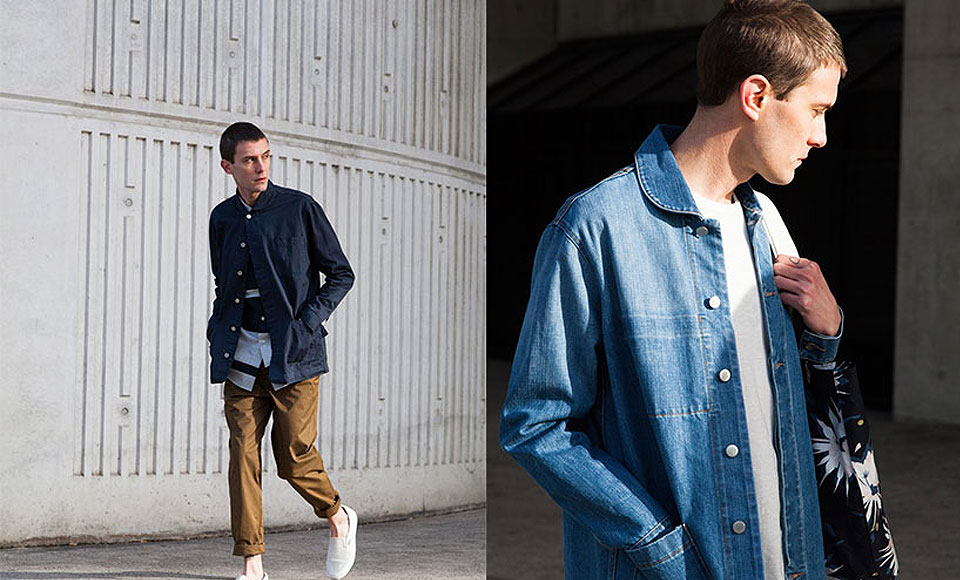 13 of 14
Kloke
Local label Kloke is the brainchild of married couple Amy and Adam Coombes. Together they launched the Melbourne-based brand in 2011, to serve their progressive designs to the style-loving masses. Their garments are technical yet tailored, easy to wear but conceptually rich, classic but kooky. The Kloke goal is to create clothing that will become their wearers’ favourite pieces, and if their success so far is anything to go by, they seem to be doing exactly that.
Shop Now 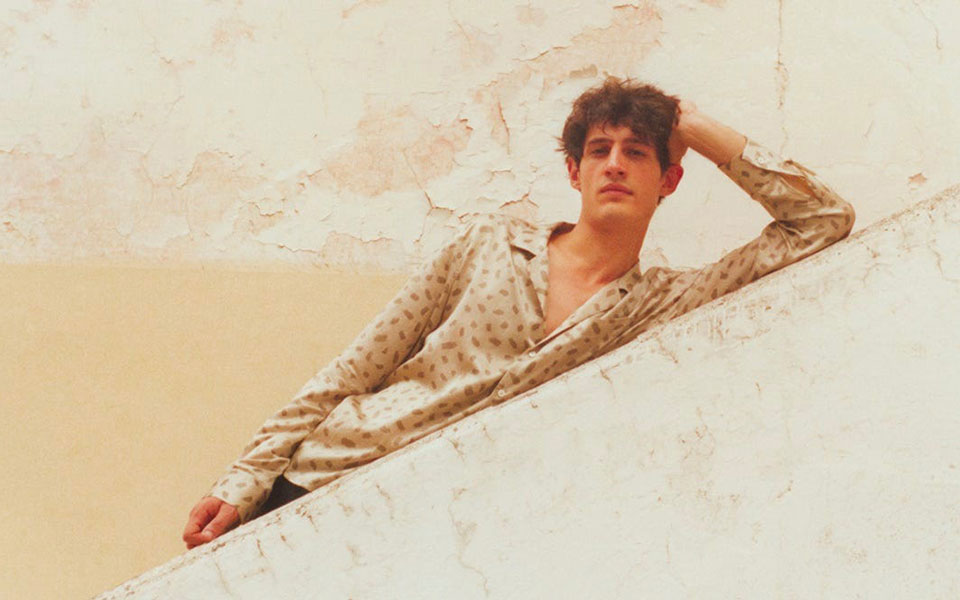 14 of 14
Commas
Beachside boutique Commas is Sydney based and run by creative director Richard Jarman. Founded in 2016 this luxury label is based on swimwear but encompasses everything from board shorts and tee-shirts to lightweight button-down shirts and hooded anoraks. The brand is making a name for itself with a clean aesthetic, contemporary designs and muted tones for a modern, masculine sensibility. Not to mention: its creations are built with high-quality materials from Europe (such as breathable super-fine Merino wool). Your next summer favourite awaits.
Shop Now