Not all men’s eyewear is created equal. But in the oversaturated sunglasses market, finding the best pair to suit your face could be considered a form of ancient rocket science… A.K.A. incredibly difficult.

So, where do you start? Well, firstly you need to determine what style of sunnies will best suit your face shape (which, if you have no idea how to do this, you can find out here). Then you need to find a sunglasses brand that produces high-quality products in terms of style and protection.

Still unsure of where to look? We recommend purchasing from an Australian sunglasses brand. Why? Well, the sun shines the brightest there all year round, and the land Down Under has actually served up some of the decade’s most sought-after eyewear.

What to look for in men's sunglasses?

You want a pair with a good amount of UV protection to save your eyes from sun damage. But you also want a pair of sunglasses that are stylish enough to be worn to both casual and formal occasions. Choose a classic, timeless style that’s suited to your face shape.

How many sunglasses should a man own?

We recommend at least two pairs. One expensive pair that’s timeless and classic, and will go seamlessly with both your casual and formal outfits. And one cheaper pair for when you’re out hiking, boating, or doing some kind of activity where you may scratch, damage, or easily lose your sunglasses. 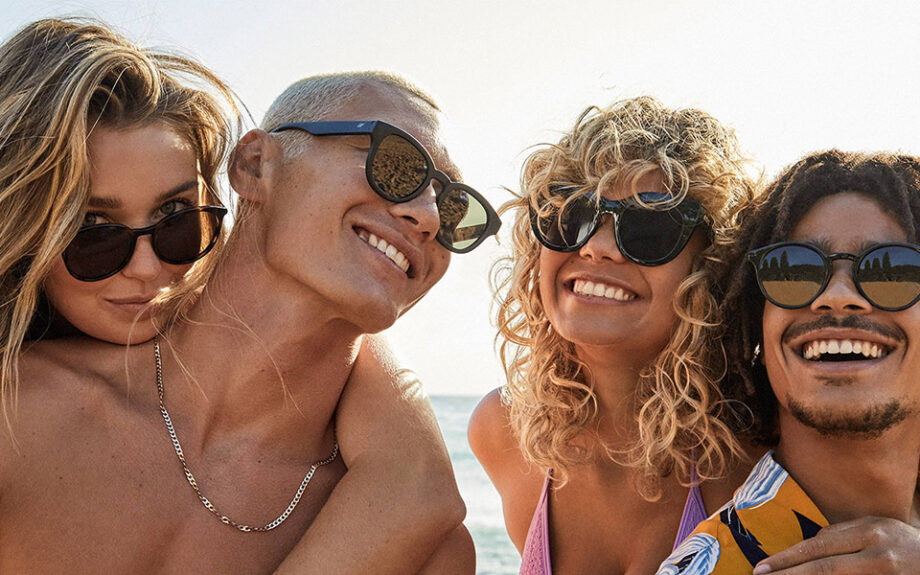 Le Specs isn’t as French as you think; for a long time many have thought Le Specs to be a French brand (since anything with ‘Le’ in front of it is considered French chic). But that’s only half the story. Founded by French expats in Australia way back in 1979, Le Specs made huge waves back in the day for its signature silhouettes and attention-grabbing mirrored lenses.

As such, the first pair of sunnies by Le Specs exuded a perfect balance of timeless European styling with cool Australian summer vibes. The brand did go a little quiet during the 90s but then in 2006 when Hamish Tame took over as the brand’s creative director Le Specs truly forged itself as an international force in the eyewear game.

Today their optical range has graced the fashionable faces of celebrities such as Kate Moss, Lady Gaga, and Beyoncé. More importantly they have remained rooted in what Australians love about a good pair of glasses: strict protection against the harsh sun at an affordable price. 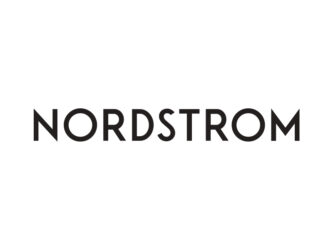 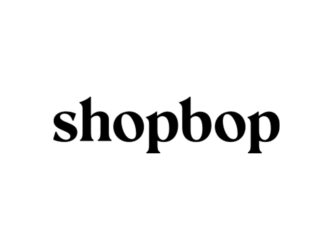 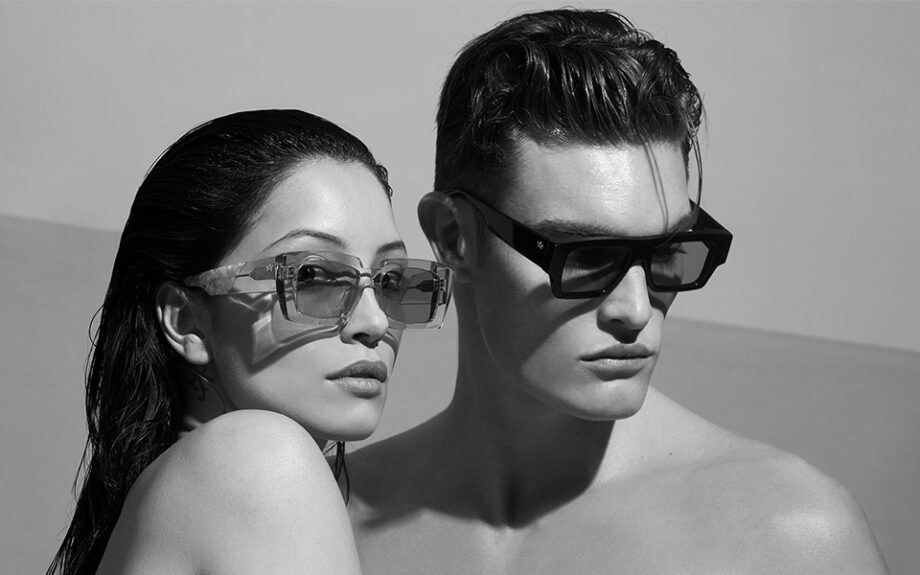 Taking the old school route to the Australian eyewear scene is the crew at AM Eyewear. The brand was founded in 2003 with a passion for vintage style glasses which were often hard to come by locally.

What began as a cheeky upstart to fill this niche quickly grew into one of the most respected eyewear brands in the world. Their range follows a simple code of conduct: create beautiful and unique eyewear by hand that exudes pure quality.

Building this reputation involves designing eyewear with a sketchpad and pencil before the finalised frames are cut from a sheet of Italian Mazzucchelli acetate. From here they are handcrafted and polished by a master artisan via a 14-hour process. AM Eyewear even managed to become one of only a handful of brands to gain an exclusive co-branding agreement with Zeiss to ensure that their lens quality is always top-notch.
It’s safe to say that when you wear a pair of AM Eyewear’s sunnies, they’ll most likely be the most exquisitely crafted glasses you could ever wrap around your face. 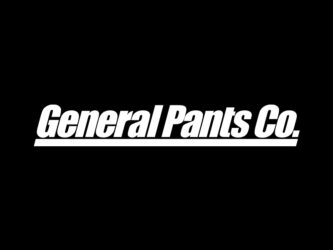 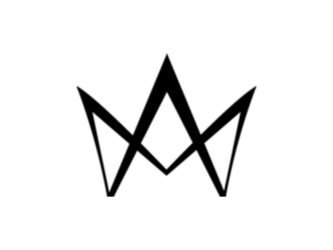 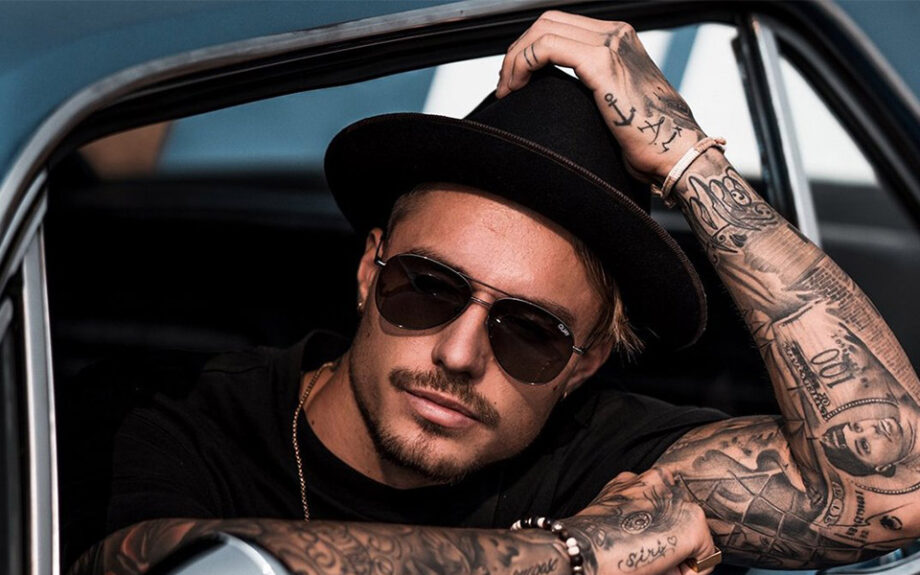 This incredibly cool brand was founded roadside during an Australian festival circuit and it was there that Quay began to create cool, affordable sunnies that stand out in the crowd. Today, Quay’s sunglasses are still inspired by the bold style of artists and festival-goers and the result is fun iconic eyewear.

Quay, which is arguably one of the best Australian sunglasses brands, is determined to make sure their sunnies are well-crafted but affordable; plus with everything from aviators to cat-eyes, Quay has every style of sunglasses under its belt, meaning that there’s something for everyone. 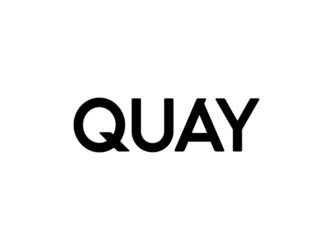 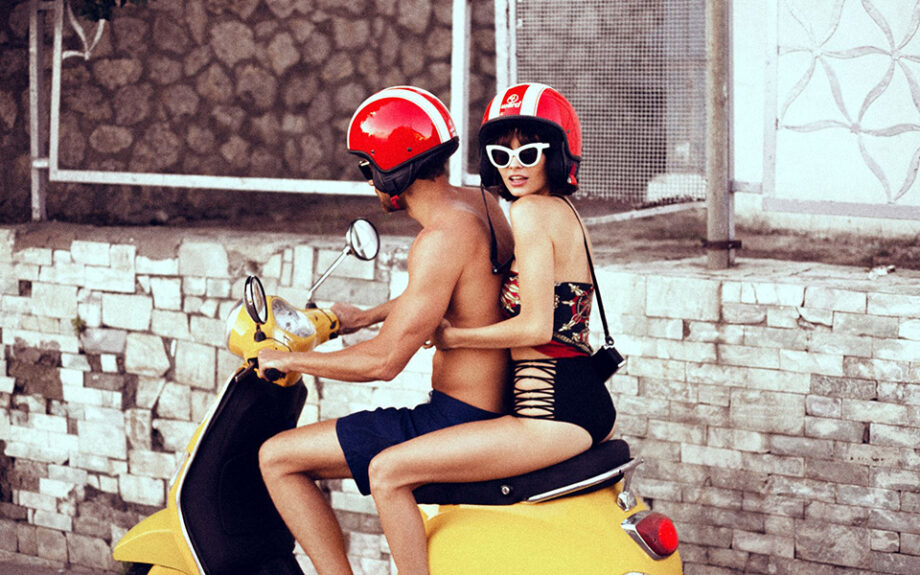 Pared Eyewear took its name not only from the word 'pare', meaning to strip something back to its basic fundamentals, but 'pair', which not only refers to a pair of sunglasses, but the naming convention the company has adopted whereby each pair is given a well-known pairing.

The Victoria-based company procures premium handmade acetate frames and combines them with CR39 lenses direct from Japan, ensuring you, the customer, receive a high-quality pair of sun-repelling specs, that can be fitted with prescription lenses should you need. Models include both chunky acetate frames and slimmer, metal frames, all available in a variety of colours and patterns to reflect your individual style. 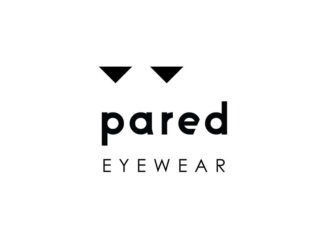 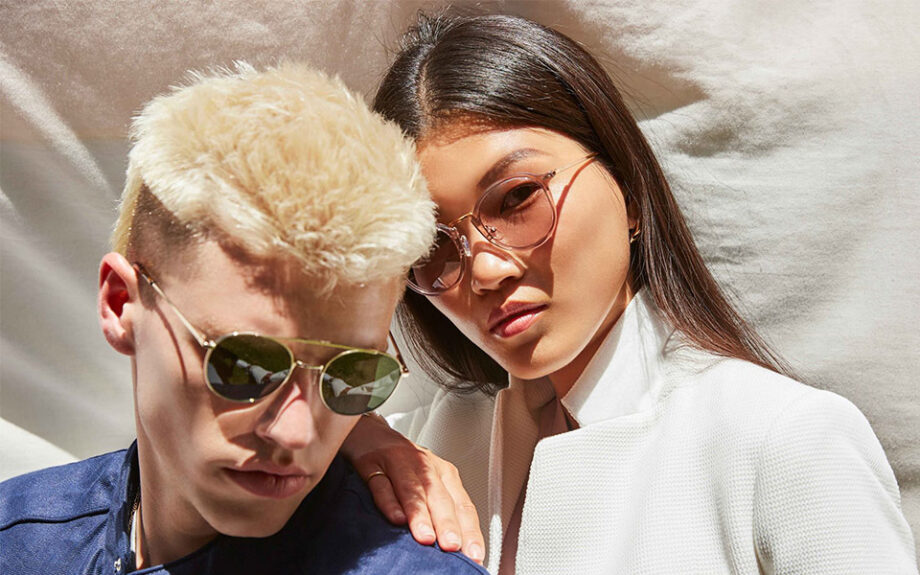 Founded in Sydney’s Bondi Beach, Local Supply burst onto the sunglasses scene in 2013. This Australian brand is focused on providing a decent pair of sunglasses at a price tag that won’t have you eating cereal for dinner for a month.

Their specialty is eyewear which is stylish, strong, lightweight, and can bear the hard knocks of any adventure. All of Local Supply’s frames come with polarised lenses too. If you’re after a pair of versatile yet stylish sunglasses that just ooze cool laid-back Aussie vibes, Local Supply is the brand for you. 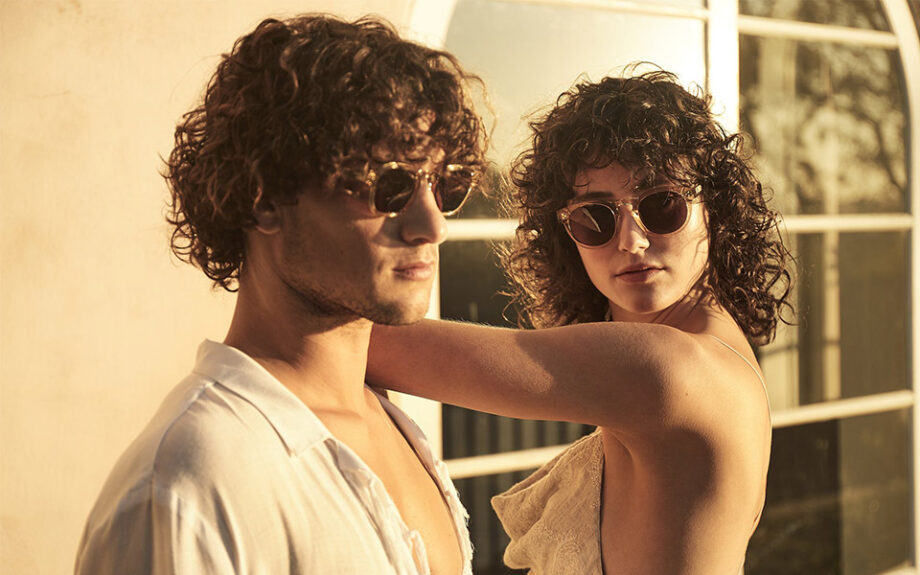 Being the savvy Australians that they were, the duo seized the opportunity to create their own eyewear which incorporated the highest standards of materials at a price that didn’t break the bank. We’re talking frames crafted from Italian designed Mazzuchelli cellulose acetate and hinges sourced from Italian manufacturer Visottica or German manufacturer Comotec. They don’t cheap out on lenses either which sport the Carl Zeiss moniker. However, these stylish well-crafted sunglasses are extremely affordable. 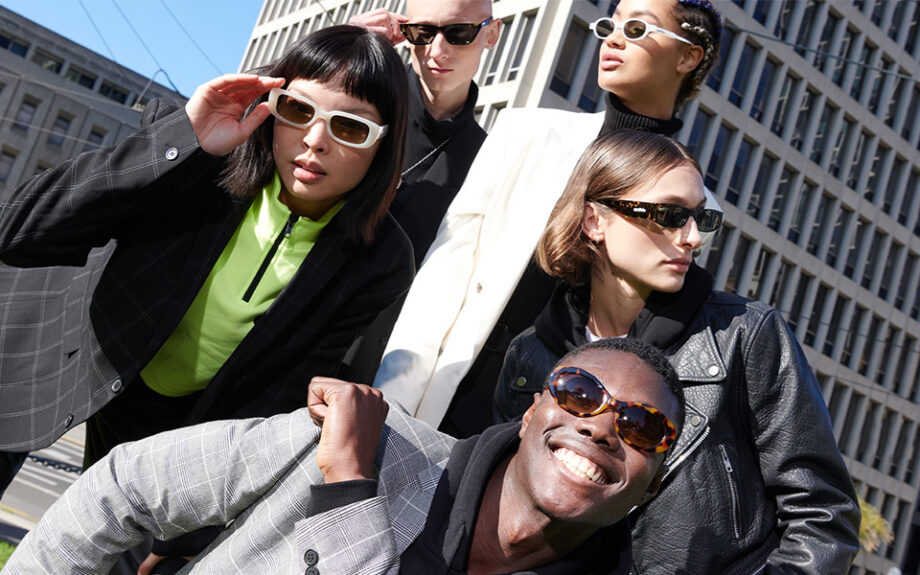 Szade was founded to break the cycle of waste and excess in the fashion industry which is why every pair of their sunglasses is made from recycled discarded, broken, or faulty glasses that otherwise would have ended up in landfill. Designed in Melbourne, Szade has a huge collection of sunglasses in various styles and colours which, despite the fact they were made from old glasses, are all incredibly chic.

Szade is certainly a brand not only for today, but for the future, with their commitment to sustainability. Their sunglasses will not only make you look good, but feel good about supporting an eco-friendly fashion brand. 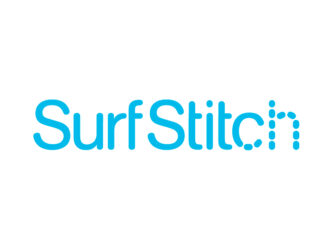 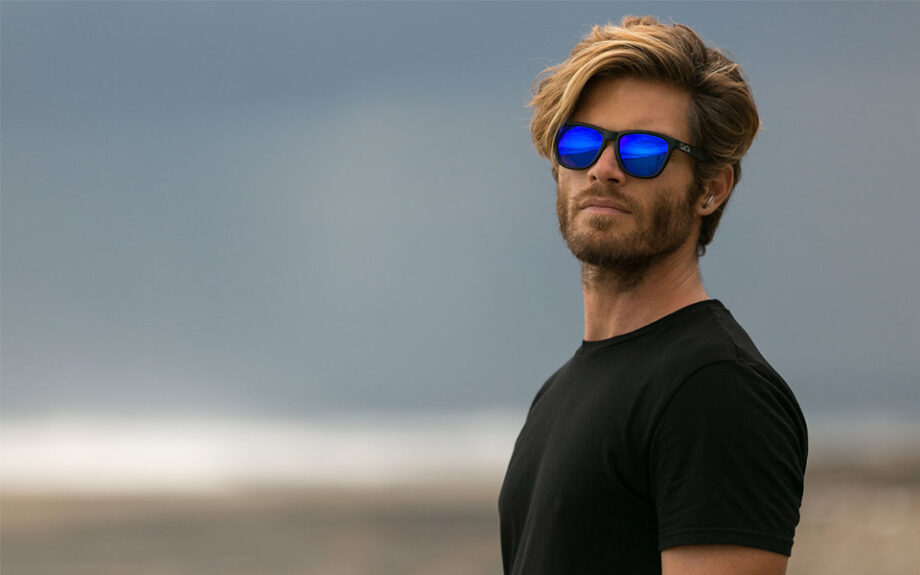 South Cali is all about bringing the iconic design aesthetic of Southern California (from Santa Barbara to San Diego) to the streets of Australia. It all started with an obsession with the Californian summer from the waves to the palm trees to the winding coastline which met with warm desert mountains.

Today, South Cali Sunnies, based in Melbourne, ships some of the freshest eyewear around the world. Their products feature polarised and UV-400 rated designs along with fashionable silhouettes inspired by places such as Santa Monica, Venice Beach, Laguna Beach, and Newport Beach. Each model is so distinct that it’s actually named after these beaches. Gnarly, dude. 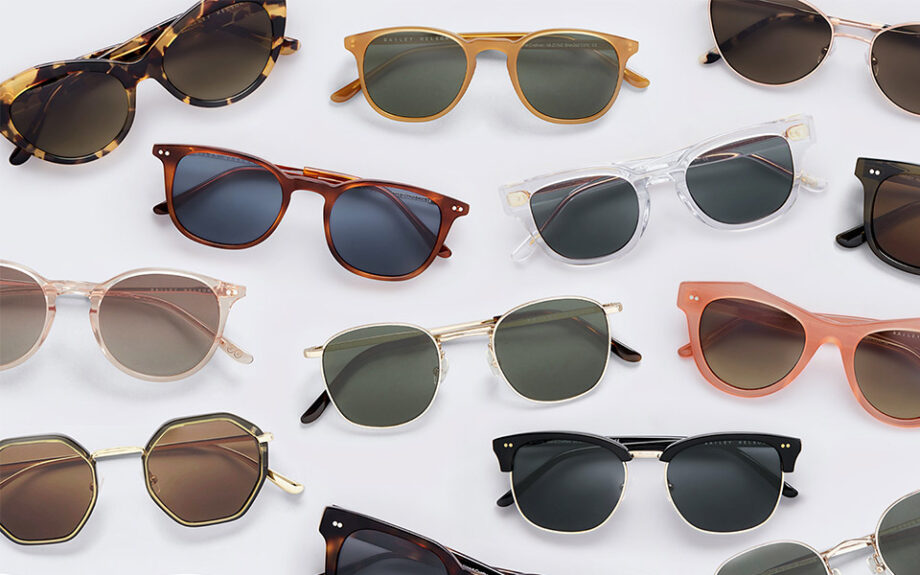 Founded in 2012 in Bondi Beach, Bailey Nelson’s focus is to deliver the best value for money with their eyewear. The Australian sunglasses brand’s design vision is to create beautiful, modern, and iconic products made with the best and most responsible materials that never go out of style.

Every Bailey Nelson frame is designed in-house, in Sydney, and is made with premium materials such as custom-designed cellulose acetate and ultra-lightweight titanium. The brand goes directly from design to manufacturer to the customer (unlike other sunglasses brands) which is why they’re able to cut costs and provide sophisticated sunnies at an affordable price.
SHOP NOW 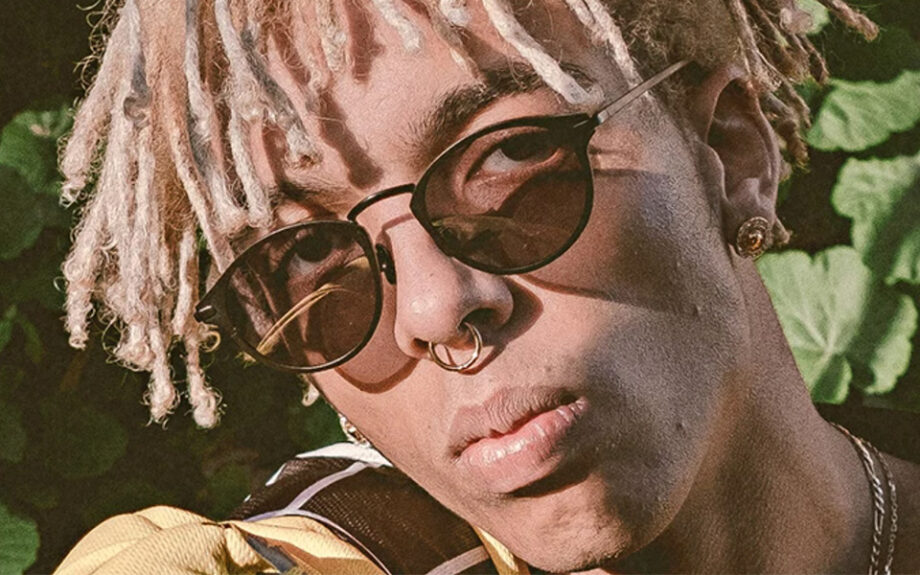 Australian owned eyewear brand, Dot Dot sends off all of their sunglasses to be made in Sabae, Japan. There, each Dot Dot frame is master crafted by hand and meticulously designed to suit all face shapes and sizes.

All frames are unisex and come in range of colours and are crafted with the finest Japanese titanium and acetates that the world has to offer. If you’re after premium quality with direct to consumer prices, you really can’t go wrong with Dot Dot.
SHOP NOW