Organised crime has been around ever since the start of civilisation. Their rides however have only ever been used effectively as statement pieces during the early Mafia days in the 1920s. Luckily, times have changed and everyday gangsters now have access to a plethora of exotic machinery in various tones of black. Herein lies ten of the world’s most badass cars for the everyday smooth criminal. 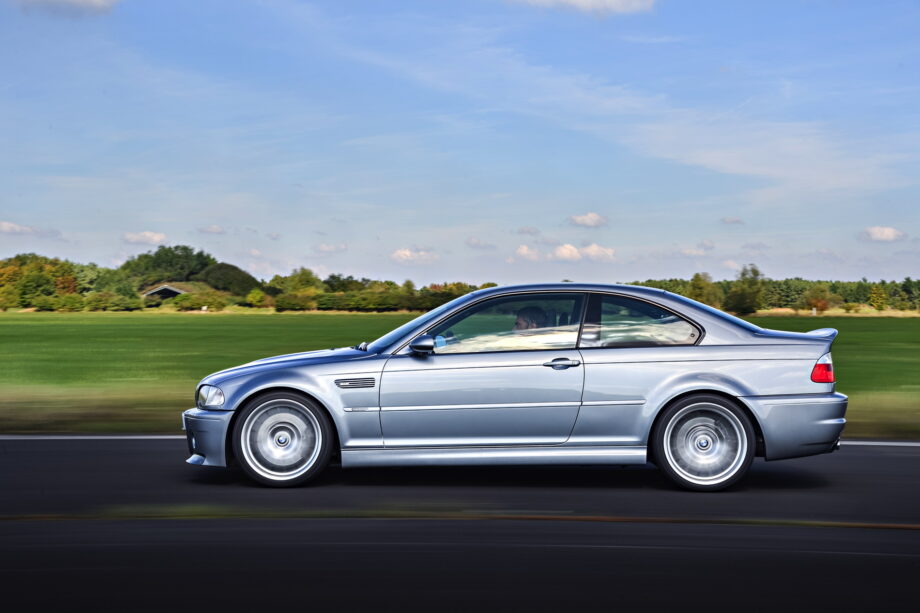 Like an RS badge to a Porsche enthusiast, CSL – for Coupe, Sport, Lightweight – is an adornment to deify for any BMW fan. But where these days a RS Porsche is an expected 911 variant, the CSL moniker has only ever graced two coupes from Bavaria. Released in 2000, BMW’s third generation M3 was the last of the series powered by the classic in-line naturally aspirated six, the 3.2-litre unit offering the highest specific output of any naturally-aspirated car on the market at that time. With individual throttle-bodies, VANOS variable valve-timing, forged steel conrods and crankshaft plus graphite-coated cast aluminium pistons, the S54 motor gave almost instant response and revved all the way to the 8200rpm cut-out, developing a peak 252kW at 7900rpm. 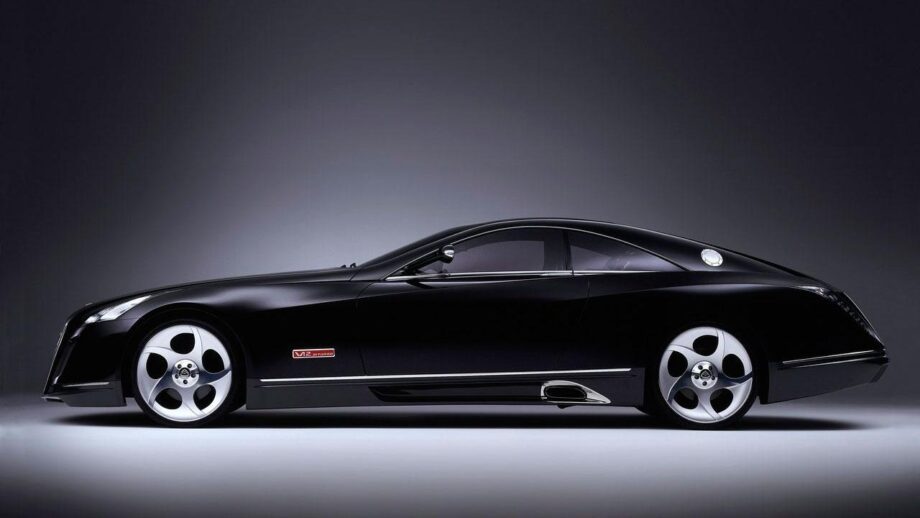 More for a mobster king (or Jay-Z) than your everyday gangster, the Maybach Exelero sets the standard for menacing road presence and police magnet. With its super elongated front end which could easily fit a pair of mini guns, you’d think the Exelero would be slow. You’d be wrong. The high performance luxury sports car packs a twin-turbo V12 that churns out 700hp – an engine specially requested by Goodyear’s German division to test wide tyres. More importantly the design is a tribute to the original streamlined model from the 1930s. If you’re interested, it last sold for $8 million. 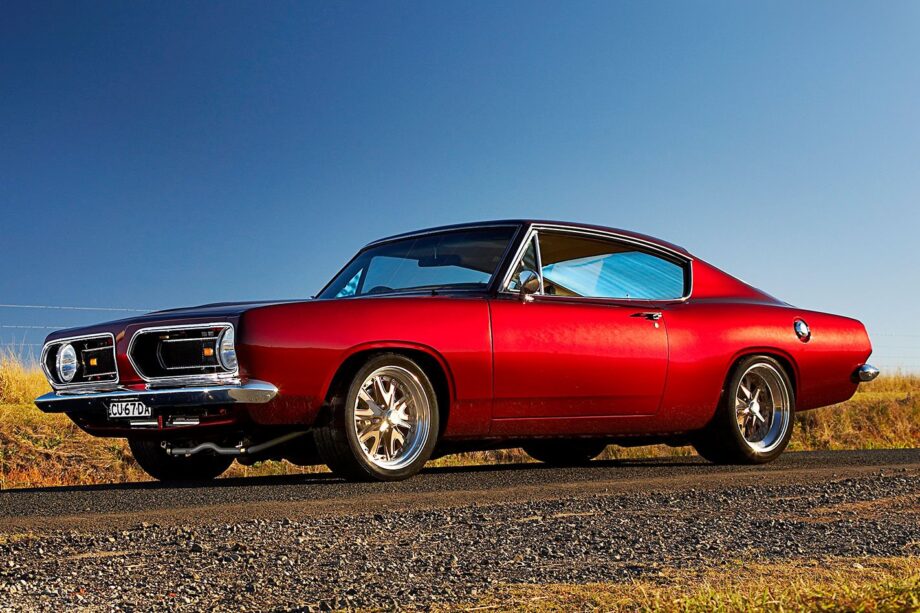 You can’t be an everyday gangster without some American muscle thrown in. The 1972 Barracuda captures the perfect balance of true bad-assery with rubber burning performance. It has naturally received lashings of modifications since its debut from the day, but in factory fit out the top of the line model could afford you 425hp from its big-block power options in the form of a 7.0-litre V8. 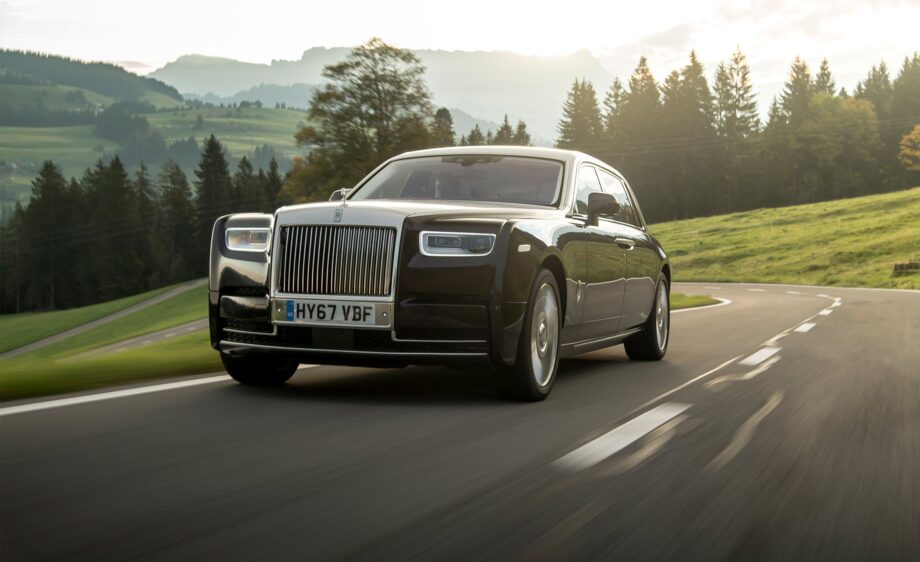 Proving that the Royces aren’t just for distinguished gentleman with a lot of money, the Yakuza –  Japan’s version of the Mafia, took hold of it and modified it to their liking – VIP style. Extremely low, extremely black, blacked-out windows, body kitted and rocking massive wheels might not be to everyone’s tastes. But really, you wouldn’t care if you ran Japan’s underworld. Status and luxury is purely paramount here as the Japanese traffic wouldn’t allow you to get very far in a chase anyway. An aluminium body wraps around exotic materials and a big V12 that pumps out 453hp. 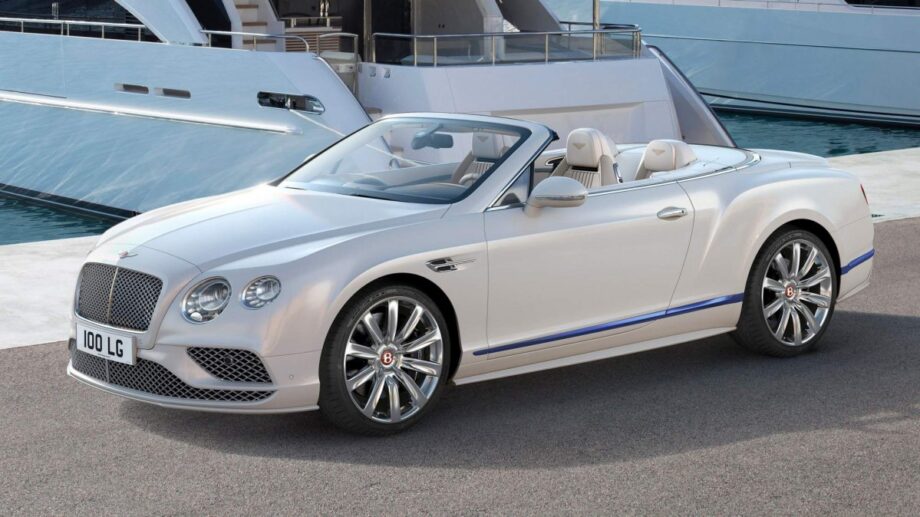 The exclusive range of Mulliner Limited Editions finds its inspiration in many places. The Continental GT V8 Convertible Galene Edition by Mulliner has been inspired by the sleek, aesthetic of luxury motor yachts by Princess. It is named after the Greek Goddess of calm seas – the embodiment of perfect sailing weather in what we call ‘Colombian white’. This is the Wolf Of Wall Street edition for the man about town. 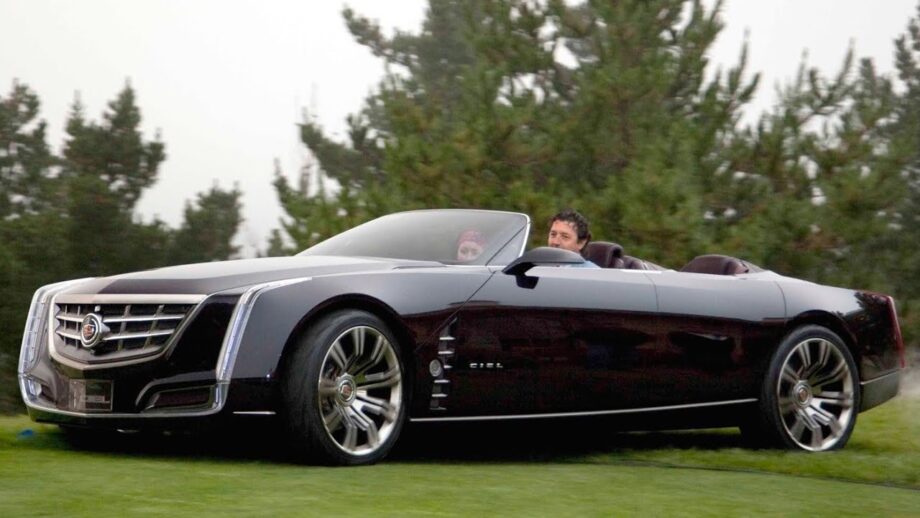 Get your gangster rapper game on with the concept that is the 4-seater Cadillac Ciel. Don’t tell the boys it’s a hybrid though otherwise you might lose some street cred. With its massive 125 inch wheelbase, the Ciel combines the classic looks of a luxury convertible cruiser with a powerful silhouette featuring suicide doors that open up to make it super easy for gangsters to exit and enter the beautifully sculpted leather seats whilst, uh, working. A twin-tubro V6 hybrid pumps out a respectable 425hp. 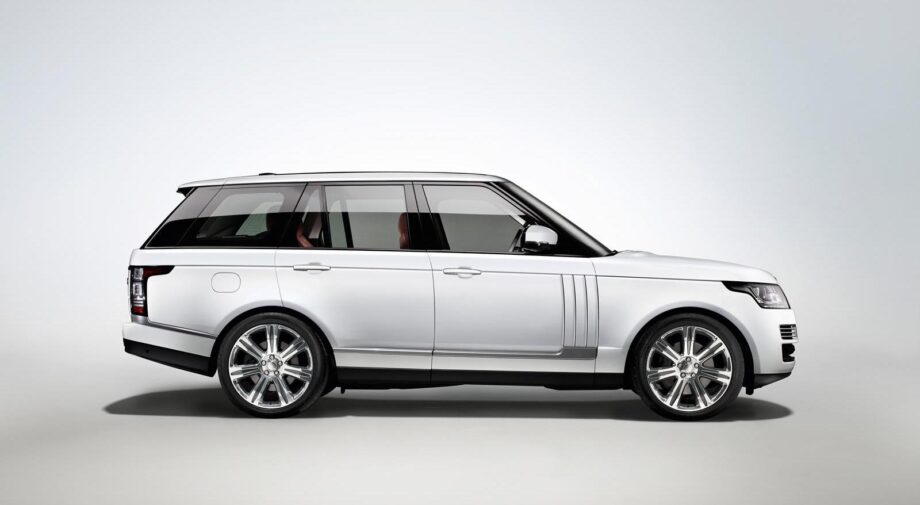 Land Rover revealed the Range Rover L back in 2014, a long wheelbase version of the fourth-generation SUV. This is the ultimate SUV for the yuppie gangster. The British automaker has added 20 centimeters to the aluminium chassis of the car, which translates into 14 extra centimeters of legroom in the car. 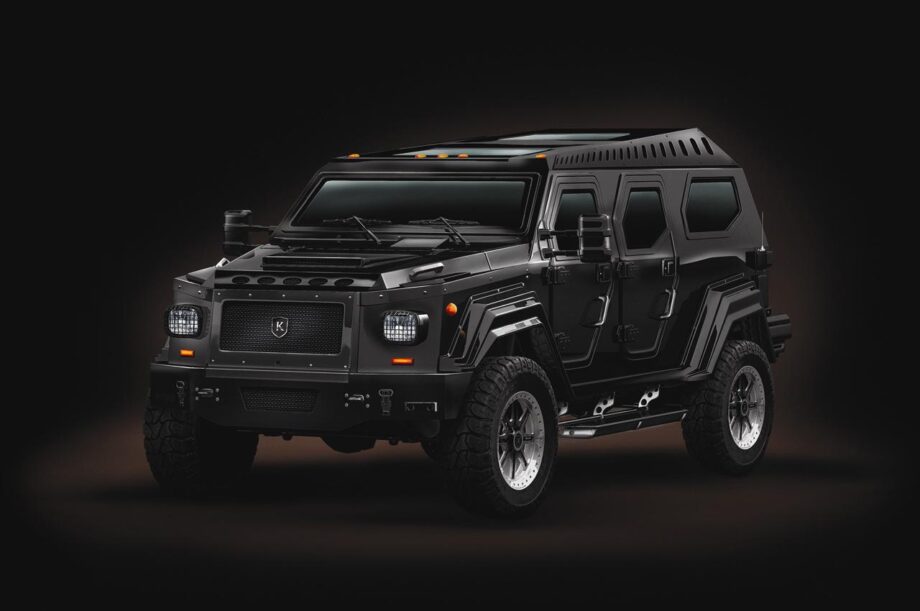 We lied about nothing surpassing the big Porsche. This can. If your enemies don’t just want to take you out but want to chop you and your family up into a million pieces, bunker down in one of the Knight XVs. The tank, yes because it’s larger than a Hummer, is Conquest’s flagship SUV featuring full armour-plating to withstand some serious ballistic material. It’s also ultra luxurious too with quilted leather all round and enough legroom to play football inside. Powering this beast is a unique bio-fuel 6.8-litre V10 with 326hp. It also weighs 6 tonnes and comes with air-conditioning. 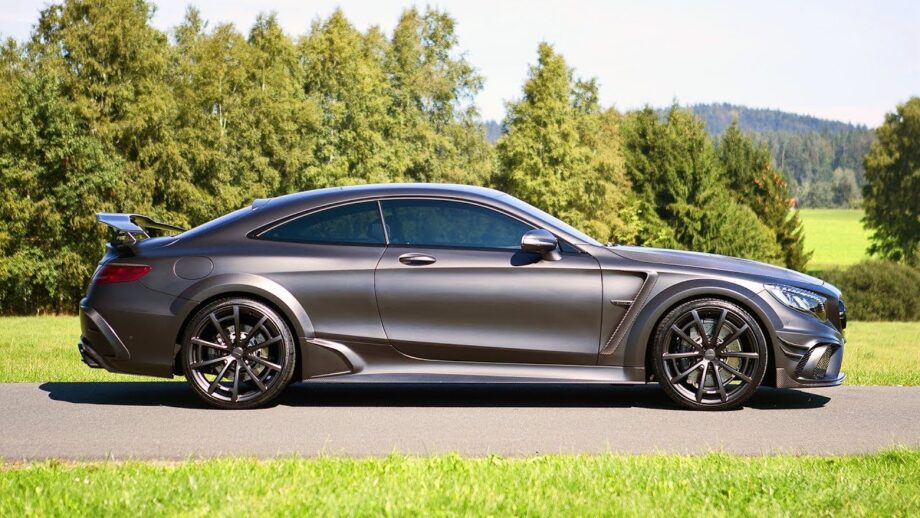 Made for the classy gangster, the stunning S63 AMG coupe exudes badass without trying too hard. It’s subtle yet dangerous looking enough to spark suspicions to unweary onlookers of your status. Given it’s an AMG variant, you’ll also be assured that it’s fast. Like 577hp fast from a 5.5-litre twin-turbo V8. 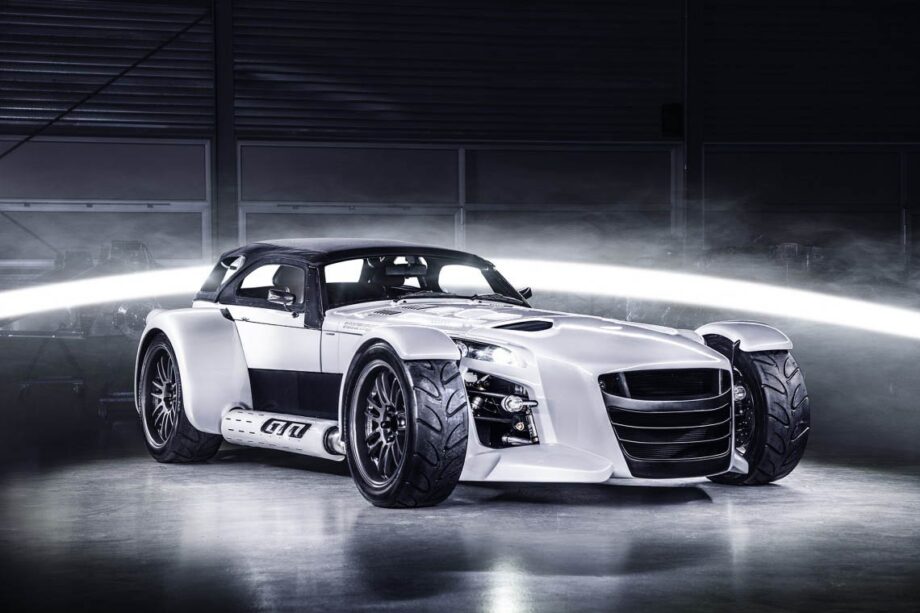 We’ve left the wildest gangster car til last with the Donkervoort D8 GTO Bilster Berg Edition. Long name indeed but this Dutch getaway car will leave onlookers in awe and your rivals taking a step to make sure you don’t start firing lasers at them. With an engine sourced from Audi, the 2.5-litre turbocharged motor is capable of 380hp, a huge figure that pushes the 694kg vehicle around corners. It also does the 0-100km/h sprint in 2.8 seconds incase you’re worried about highway patrol. Only 14 examples will be made with a price tag of $231,000.

Which car brand has the highest maintenance cost?

Luxury brands are generally the most expensive to own over the long haul. A 10-year maintenance cost for brands like Mercedes-Benz and BMW, for example, can reach around $18,000.

At what mileage should a car be serviced?

It is recommended that you have your car serviced every 12 months or 12,000 miles, whichever comes first. For those who drive many miles a year, the interim should be every six months or 6000 miles.

What car parts should be replaced at 60,000 miles?

Typically, you must replace your car’s radiator hoses, coolant, brake pads and brake fluids every 60,000 miles. The power steeling fluid and timing belt must also be changed.