If the notion of death scares you then look away. Tourists in Bali are being warned to steer clear of a sacred burial site in the country’s northern region which specialises in above-ground graves where the deceased are left to fully decompose in the open. 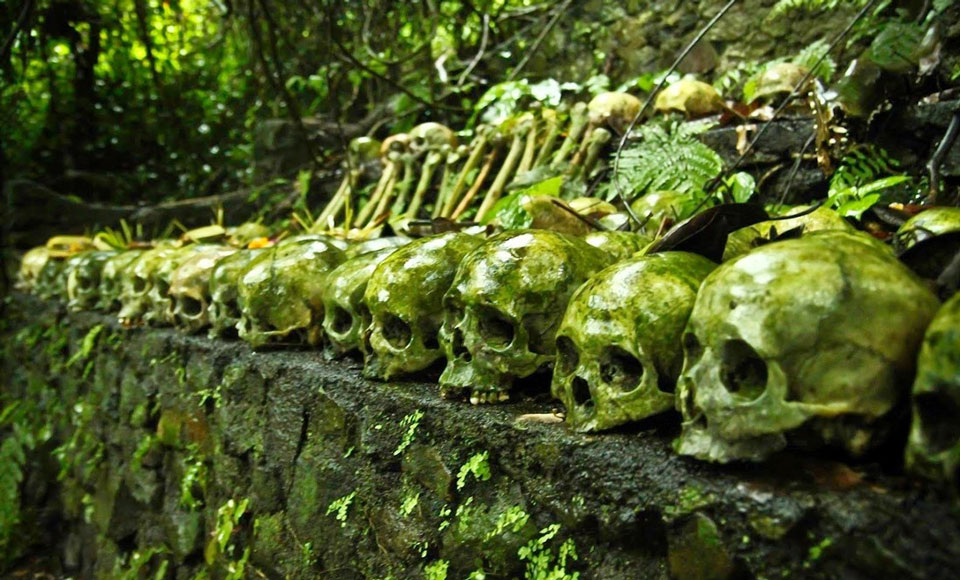 The morbid burial process which is unique to Trunyan Village involves placing the dead in bamboo cages under a sacred tree. The bodies have their heads wrapped in cloth but beyond that they are on full display to any passer-by as they enter their natural stages of decomposition – the cloth rarely lasts. We’re not going to include pictures of decomposing bodies here (you can Google the village) but we are going to highlight some of the tours that are encouraging travellers to smile and pose with rows of human skulls. 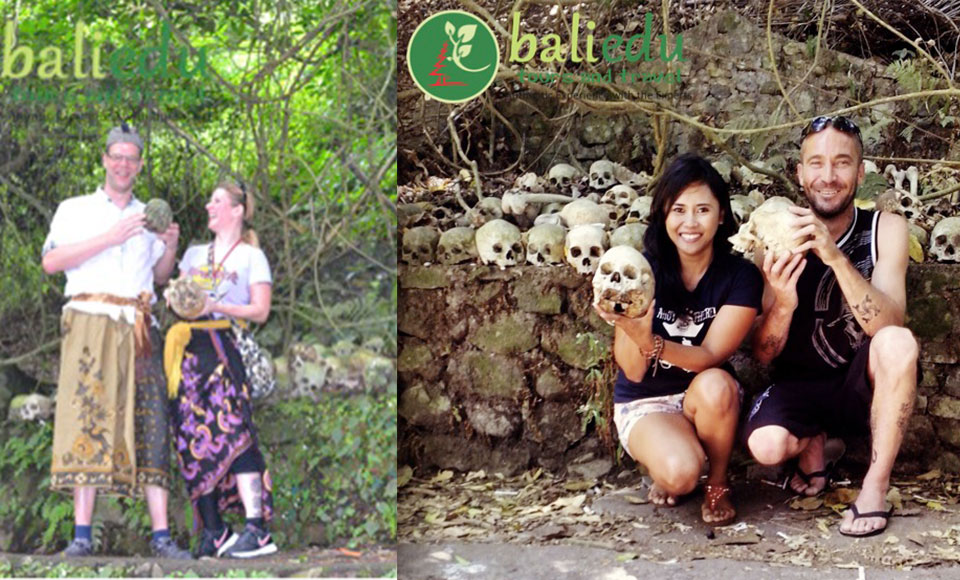 These bones and skulls are collected once the bodies have fully decomposed and placed on display in the small village. This act has caused outrage amongst some tourists, according to Yahoo News. A scathing Facebook post from one tourist warned travellers not to pay for the “must do” tour which takes advantage of the area’s poverty-stricken by commercialising a sacred cultural practice that should be respected.

“To anyone considering going to this cemetery, perhaps reconsider. In places such as Bali where poverty is so prevalent, the temptation to exploit sacred cultural sites by a few is imminent,” the Facebook user wrote.

“As humans we have a huge fascination with death and burials and I’m sure the majority don’t intend to disrespect the locals.”

Another tourist reinforced the concern and claims that villagers were getting annoyed at people trampling all over the grounds.

“I was in Bali earlier this year and several Balinese folk that I spoke to, including guides, strongly discourage people visiting this site,” the user wrote.

“Some locals who need the money will reluctantly take tourists on the boat over the lake, but this is causing friction in the local community.”

The issue it seems isn’t so much with the tourism but the fine line of where death becomes an monetised attraction. One woman claimed that a greedy tourist operator from outside of the village had taken her to see a man from the village who encouraged her to get closer to the bodies for photos.

On the other side of the fence, some tourists argued that it was the family members of the deceased who dressed them and placed them on display in the first place.

“I was thinking about going on my next trip. I was justifying it as the Balinese often carry out their cremations quite publicly,” said one lady on Facebook.

We’re not going to join this debate but we will be pragmatic about it: Getting up close and personal with decomposing bodies is riskier than you think. Medical professionals say that those in close contact with the dead are often subjected to health risks in the form of chronic infectious diseases that the deceased may have been suffering from. Think hepatitis B and hepatitis C, HIV, enteric intestinal pathogens, tuberculosis, cholera and others which are all spread through direct contact.