Halloween, a night of spooky fun and trick-or-treating, is fast approaching. The spooky night, which takes place annually on the 31st of October, is thought to have gotten its origins from the Celtic festival of Samhain. This festival was held to ward off ghosts by lighting bonfires and wearing costumes. Today, Halloween is a chance to dress up, carve some pumpkins, and just have some good old fashioned fun!

If you’ve got a Halloween party to go to, or you’re going to dress up and go out with your mates, or maybe you’re just accompanying your kids while they go door to door, you’re going to need a Halloween costume. But if you’ve left getting your costume to the last minute or you just have no idea what to go as, never fear!

What are the best men's Halloween costumes?

The most popular costume this year is looking like it'll be any of the characters from the Netflix series, Squid Game. If you're not looking to be on-trend, the best Halloween costumes are either scary, funny, or cool; decide which vibe you want to give off this spooky season and go from there. Also, while vampires and mummies are traditional, they're a tad overdone.

Why do we carve pumpkins for Halloween?

Originally, the Irish would carve pumpkins or 'jack-o-lanterns' and place them by the doors and windows to scare evil spirits away. Today, it's just a fun activity and a great way to decorate your home for Halloween.

What is the most hated Halloween candy?

If you don't want to gain a reputation as the house that gives out the worst Halloween candy to young trick-or-treaters, stay away from candy corn. Candy corn is regularly rated as the number one most-hated Halloween candy by most kids. 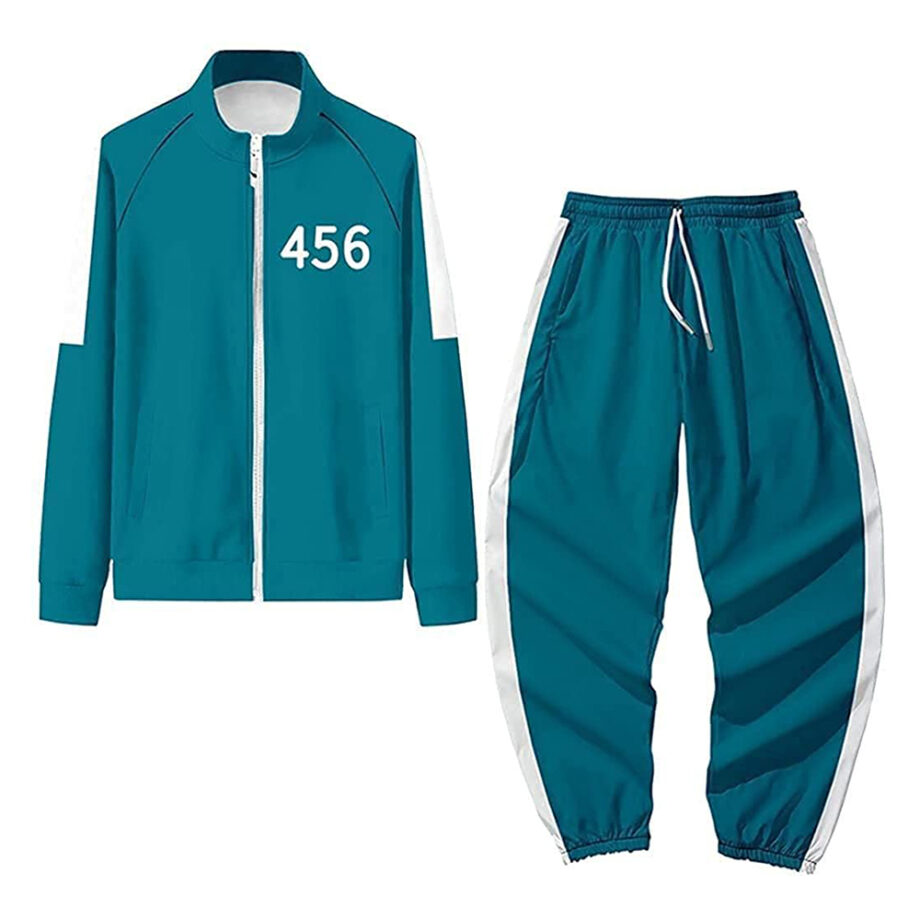 There’s no doubt that Halloween costumes inspired by the Netflix series, Squid Game will be abundant this year, considering the Korean drama’s popularity and the fact that there are so many characters to dress up as. Of course, you can go as one of the Squid Game contestants in a green numbered jumpsuit, you could go as one of the guards in a red jumpsuit, or you could even rock the ‘Front Man’ as a Halloween costume.
Shop Now 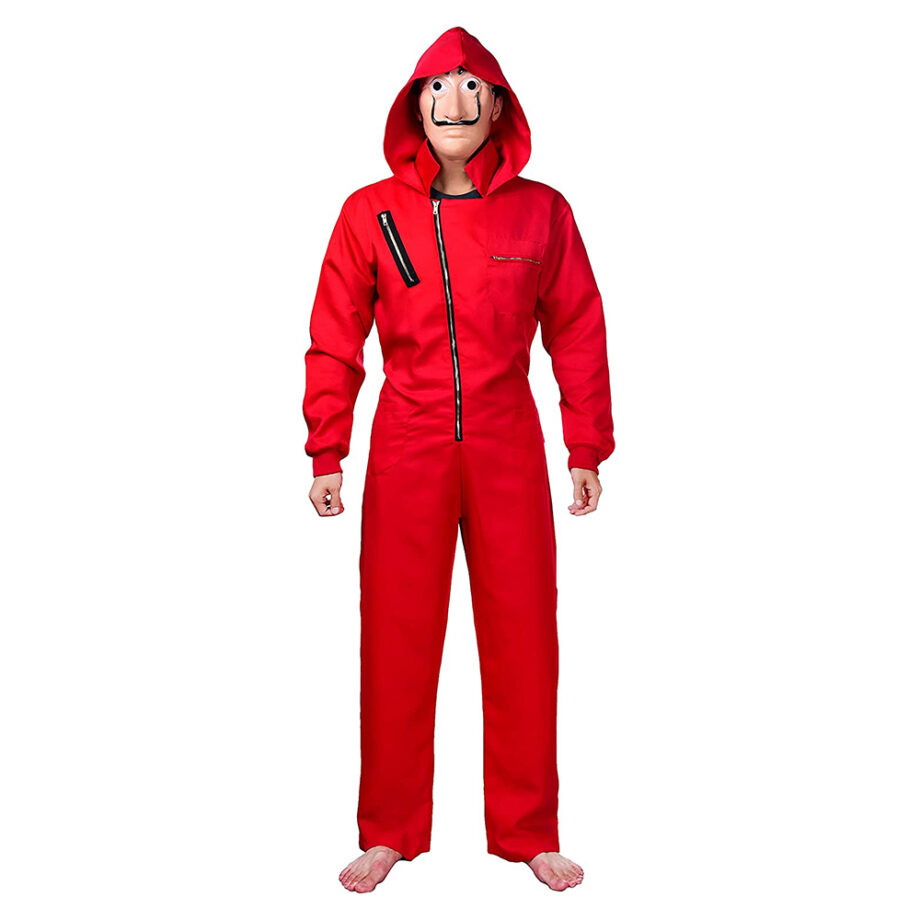 Money Heist, another hit Netflix series, has become well-known for the Salvador Dali masks and red jumpsuits the main characters wear during a heist, making it a perfect Halloween costume. But, if you’re wanting something even simpler, you could always wear a white button-up shirt, trousers, a tie, and add pilot-shape framed glasses to look like ‘The Professor’.
Shop Now 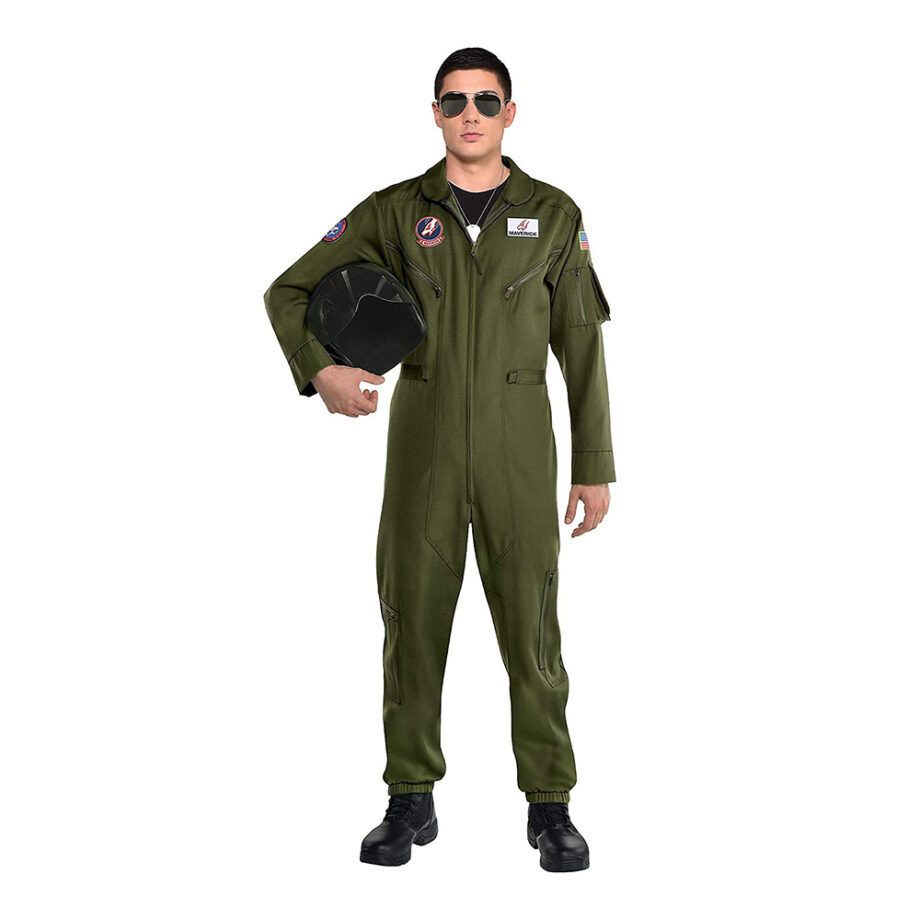 After a simple Halloween costume that’ll turn heads? With just a flight suit and a pair of aviators, you’ll look effortlessly cool this Halloween. Extra points, if you find the Goose to your Maverick and both go as Top Gun pilots.
Shop Now 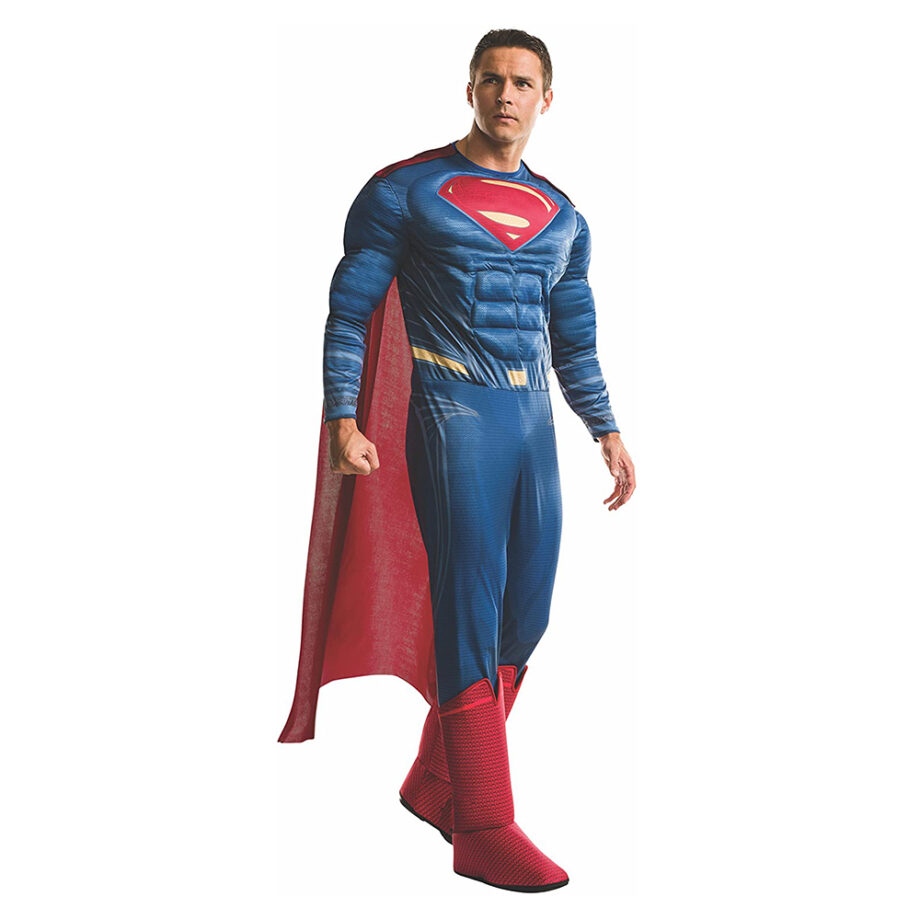 The most recognisable superhero in history, you really can’t go wrong with Superman. There have been so many iterations of the comic book hero over the years, that when it comes to Superman Halloween costumes, you’re spoilt for choice. You can go as a classic Superman with a bright red and blue suit, of course, finished off with red underwear over the top, or you could go as Henry Cavill’s modern version.
Shop Now 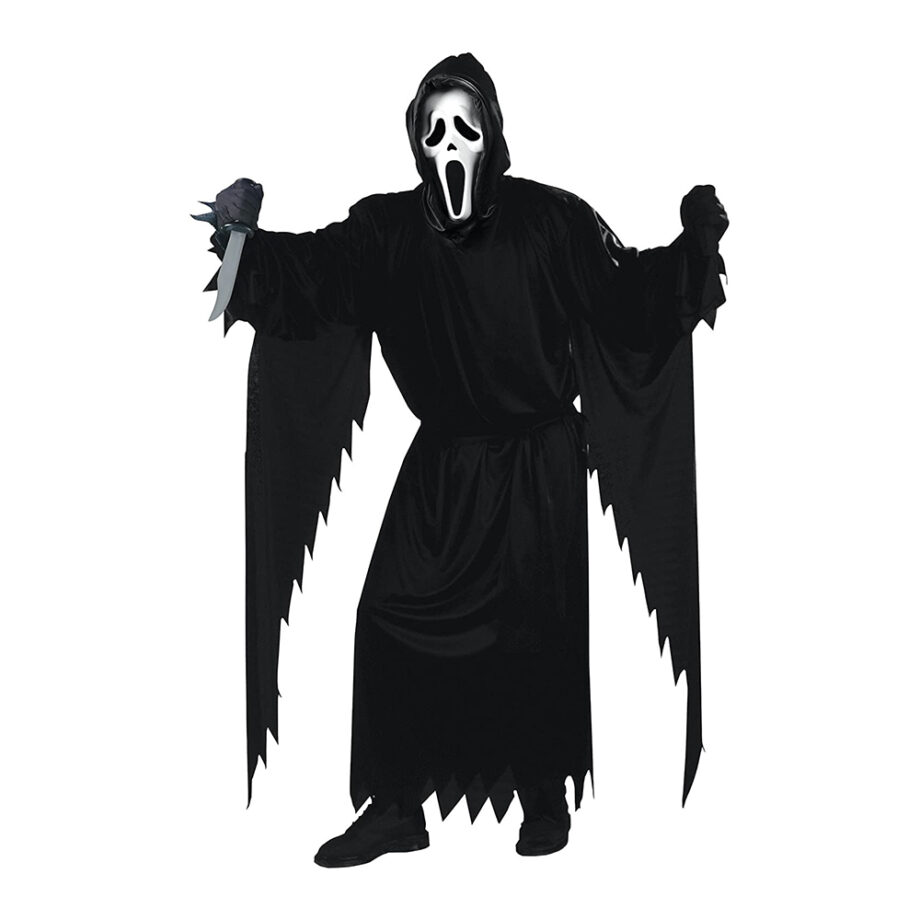 If you’re a traditionalist when it comes to Halloween and believe that we should only dress up as scary or spooky creatures, well then look no further than the serial killer from the cult classic, Scream. All you need is a black robe and the ‘Ghostface’ mask and you’ll scare everyone in sight.
Shop Now 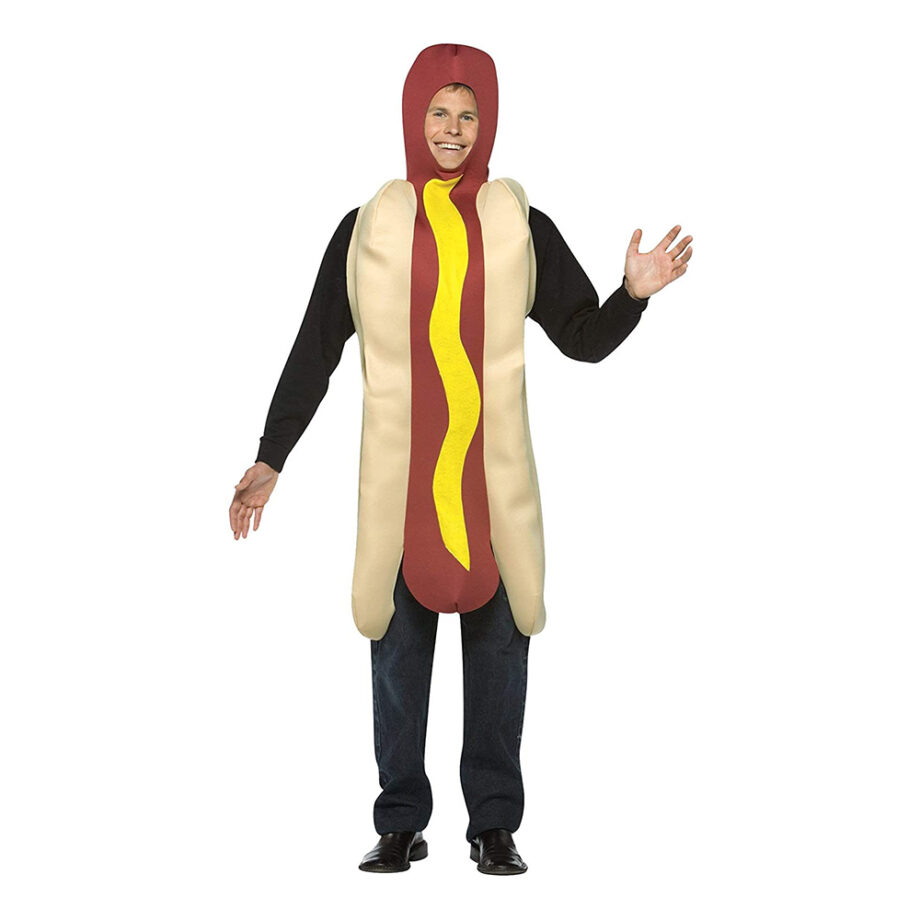 If you want people to know you’re a jokester this Halloween, you can’t go wrong with the classic hotdog costume. Simple yet effective, dressing up in a hotdog Halloween costume shows others you don’t take the spooky season too seriously.
Shop Now 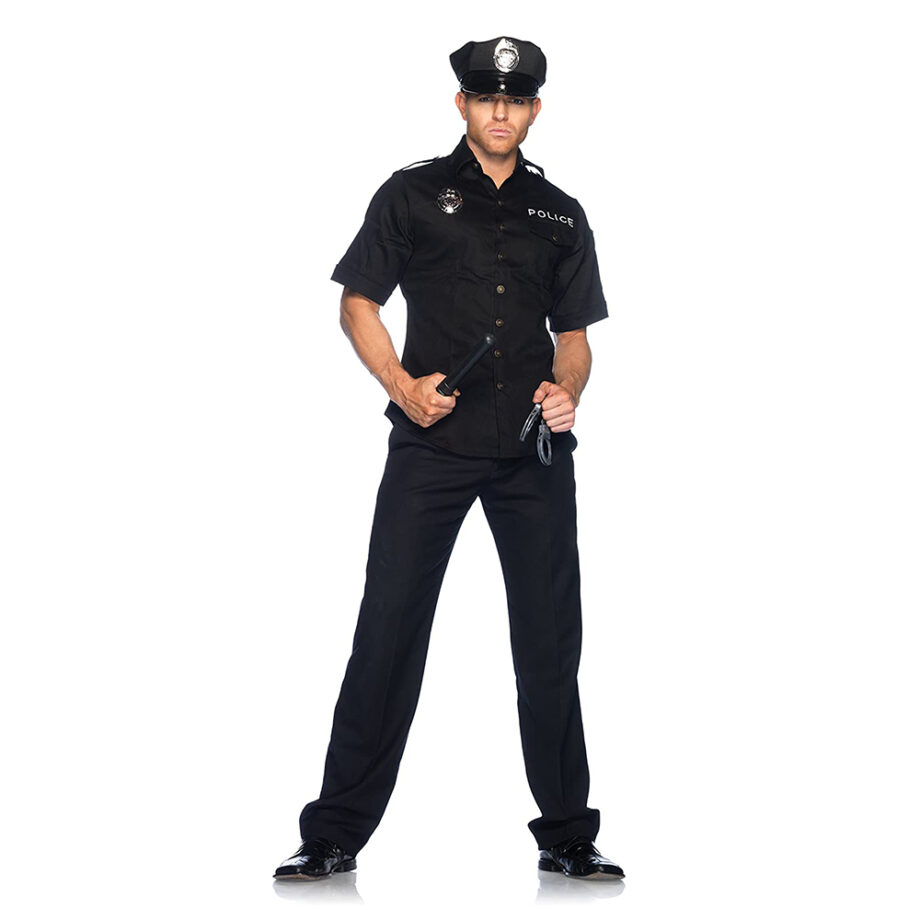 There’s just something irresistible about a man in a uniform, so if you want to impress the ladies this Halloween, what’s sexier than a policeman? A simple Halloween costume that is guaranteed to get you the attention you deserve.
Shop Now 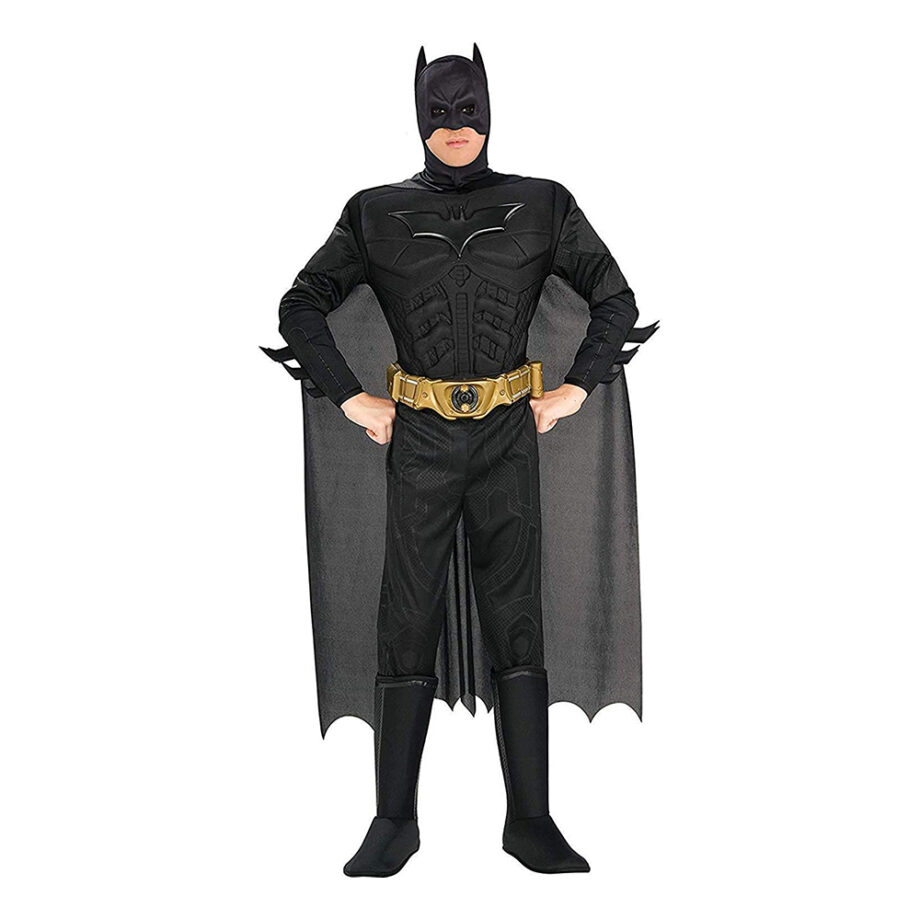 Another highly recognisable superhero is of course Batman. Again, like Superman, Batman has been done so many times; Val Kilmer, Michael Keaton, Adam West, George Clooney, Christian Bale, Ben Affleck… honestly, pick any version of the Batman costume and you’ll be all set this Halloween.
Shop Now 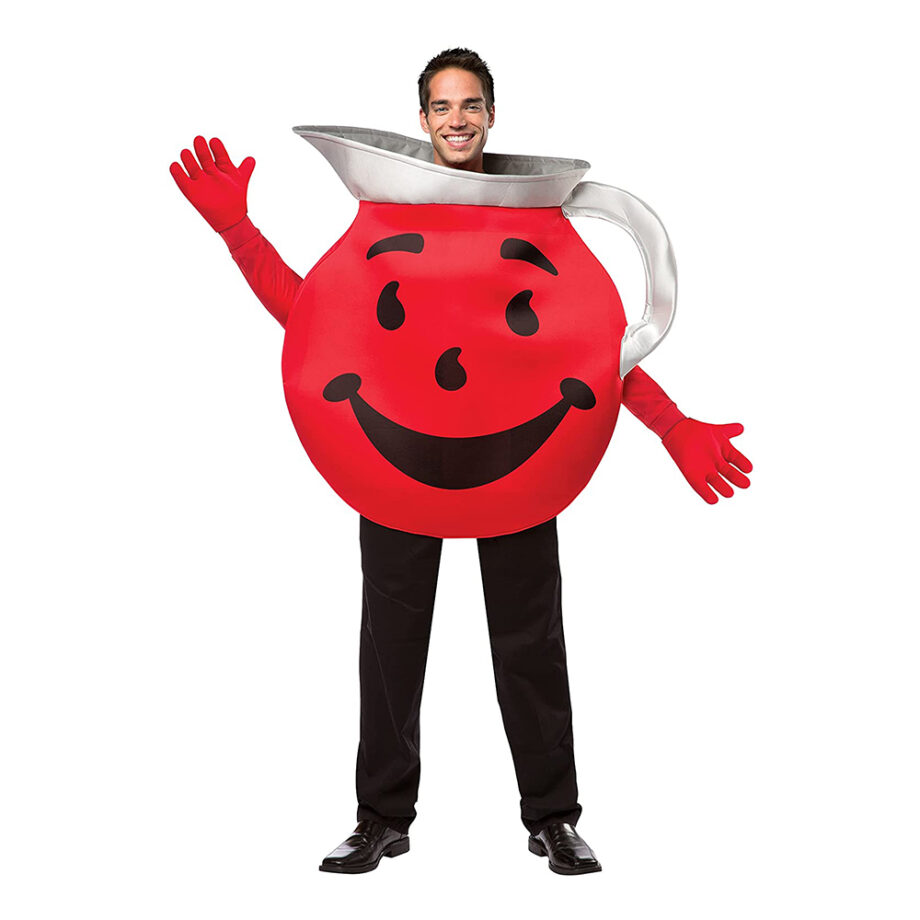 An American icon, the Kool-Aid Man, the mascot for Kool-Aid drink mix is best known for breaking through walls and shouting “Oh YEAH!”. For guaranteed laughs, put on this Halloween costume and when you get to your Halloween party, burst through the door dramatically and shout his signature catchphrase.
Shop Now 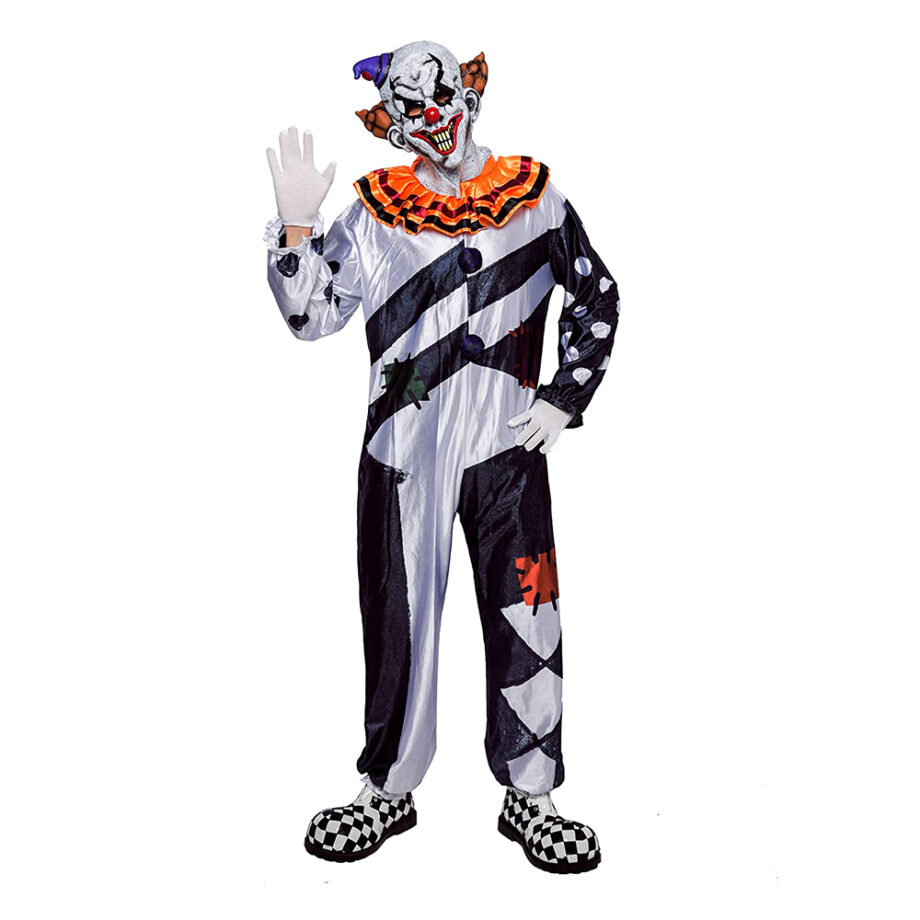 For a while there, clowns were all the rage at Halloween time, and still make awesome Halloween costumes, especially if you lean into the scary side by going heavy with fake blood and fake weapons. If you want to be genuinely terrifying, now that the clown trend has died down a little, you’ll most likely only see a few other people dressed as clowns this year, making it a scarier Halloween costume.
Shop Now 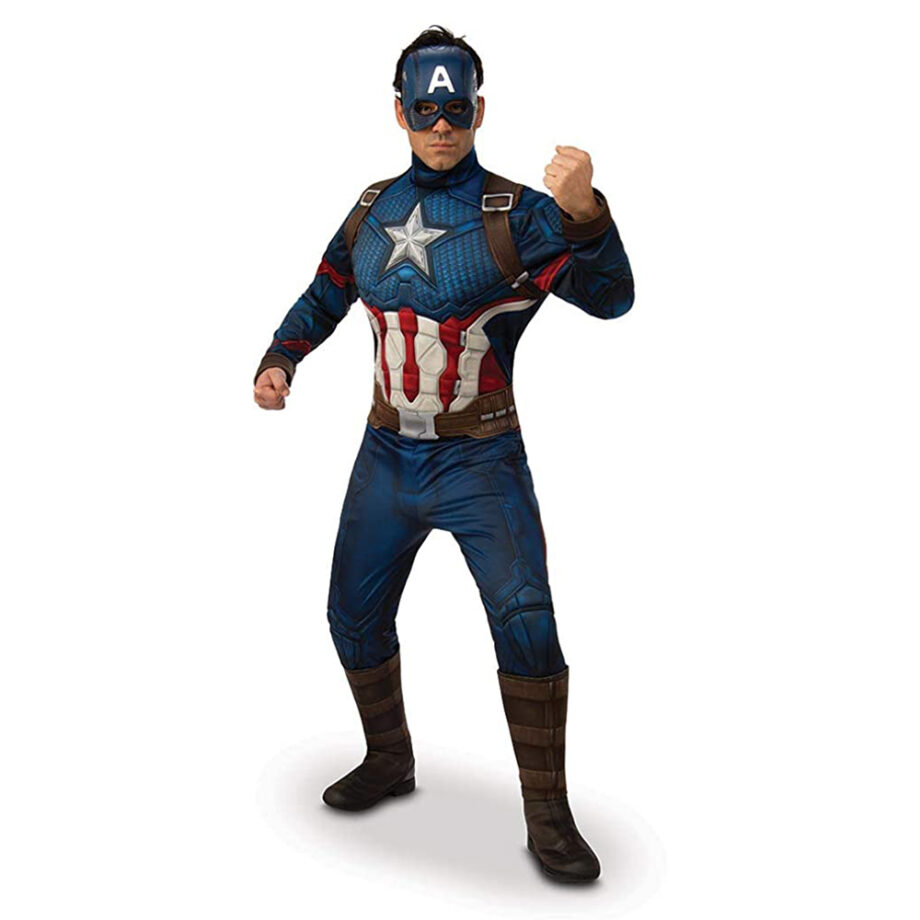 For those who prefer Marvel to DC, why not go as Captain America this Halloween? All you need is the red, white, and blue suit and the iconic shield. However, if you’re feeling worthy you could also get Thor’s hammer, Mjölnir to complete the ensemble.
Shop Now 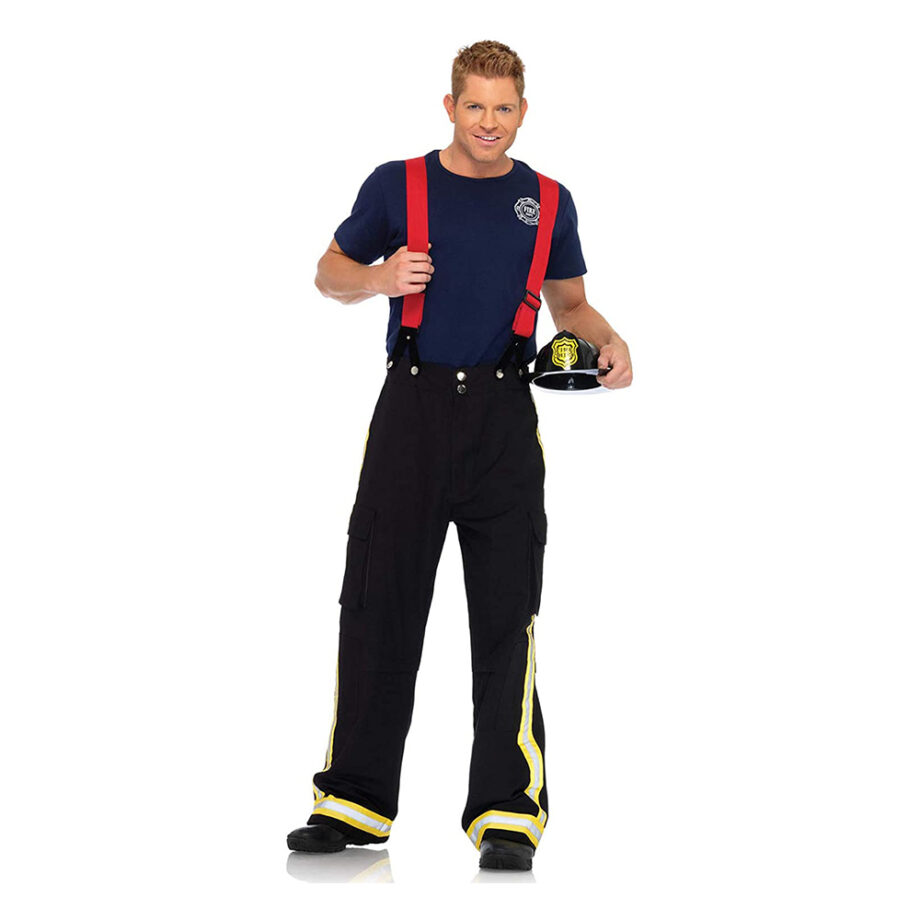 If you’ve been working hard in the gym and want to show off your gains this Halloween, there’s no better way than with a fireman costume. For a costume that will make you feel like all those long hours working out were worth it, a fireman Halloween costume is perfect as it’ll hug you in all the right ways; plus, you can always go shirtless if you’re really feeling yourself.
Shop Now 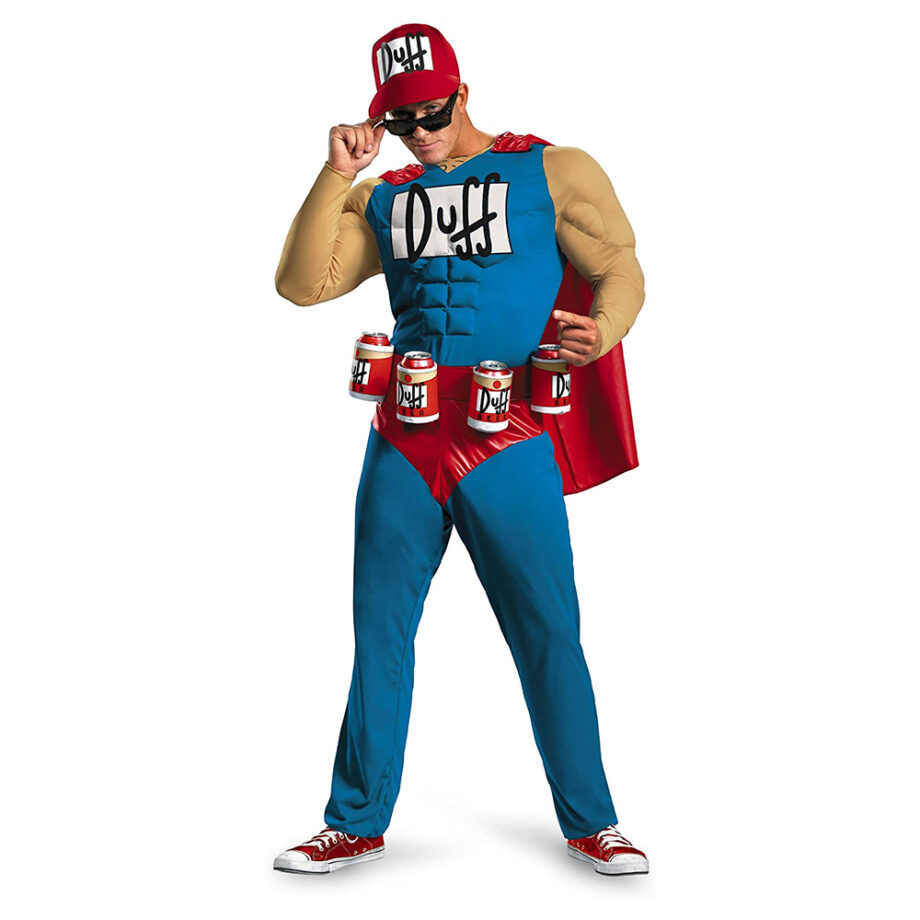 Duffman from The Simpsons

When we think of The Simpsons, we often think of the five main characters - Homer, Marge, Bart, Lisa, & little Maggie - but some of the best moments from the animated sitcom feature other residents of Springfield. If you’re planning on pretty much just drinking beer at a Halloween party, dress up as Duffman and people will be impressed by how in character you are.
Shop Now

Spider-Man, Spider-Man, does whatever a spider can… Another classic superhero that’s perfect for Halloween. Again, Spider-Man has been done so many times, you can pick which version of the suit you like best for a great Halloween costume.
Shop Now 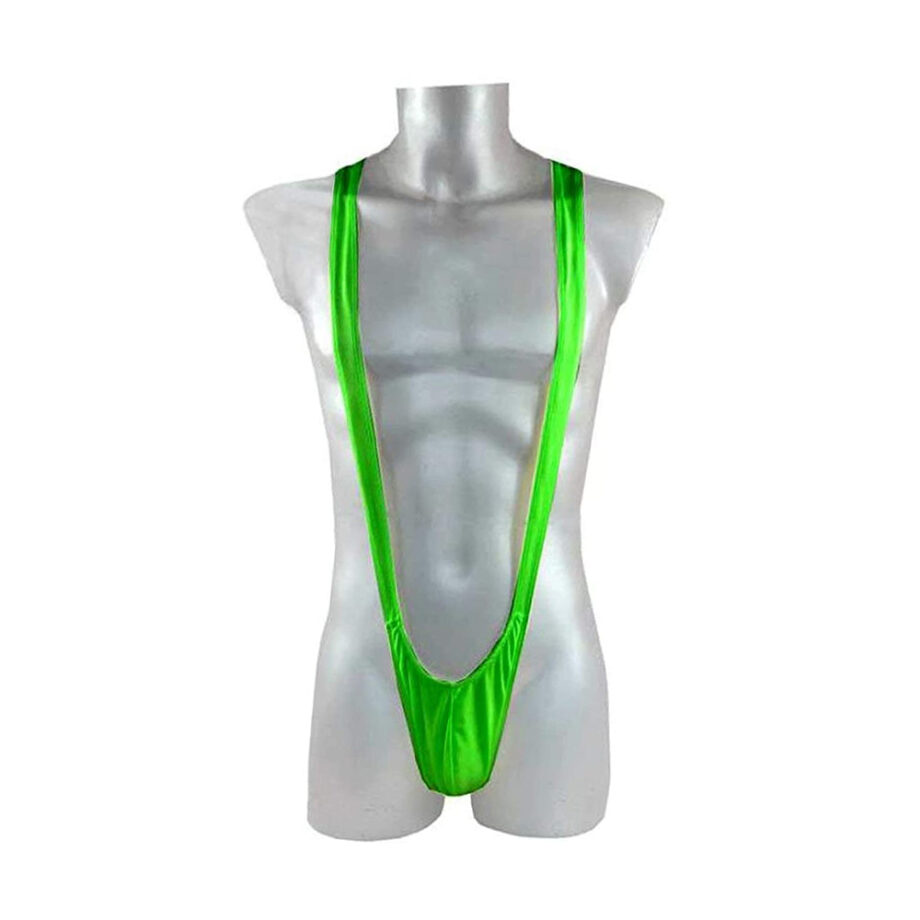 Feeling daring? Why not dress up as Borat in his infamous green bathing suit or ‘mankini’? Just be sure that you don’t stay out in the cold while rocking this Halloween costume to avoid, uh, shrinkage… Of course, if you’re not willing to show off your kit, go for Borat’s classic grey suit. Oh and don’t forget the fake moustache; very nice!
Shop Now

The Best Men’s Snow Boots To Battle The Extreme Cold

The 10 Best Hunting Boots To Keep You Protected & Warm