Skateboarding, originally known as ‘street surfing’, was first invented roughly in the late 1940s to early 1950s in California, by surfers wanting something to do when the swell was completely flat. Flashforward to 2021, skateboarding has become so popular that it’ll make its Olympic debut at the postponed 2020 Toyko Olympic Games.

However, skateboarding has also carved out its own place in the fashion world, as well as the sporting world. The skateboarding street style, which hasn’t really changed since its conception in the 1970s, of oversized tees, backwards caps, hoodies, and relaxed fit jeans embodies the carefree psyche of skateboarders and gives off an understated aesthetic that many top designers have replicated repeatedly over the years.

But there are some brands that do skate clothing better than others; the best skateboard brands are founded by skateboarders, and strive to make clothing that’ll allow free movement to kickflip, grind, and carve hard at the skate park; but that’ll also personify the happy-go-lucky skater attitude.

If you’re an avid skateboarder (or you just like the culture and style) we’ve rounded up the best skateboard brands that’ll allow you to move freely on the decks while looking cooler than ice. 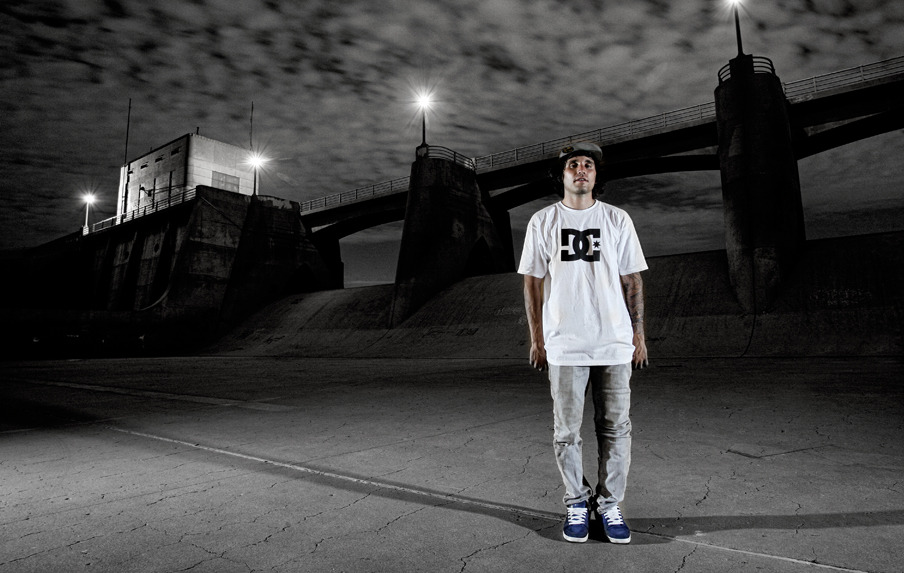 Californian skate brand, DC Shoes, was founded in 1994 but rapidly became a globally leading brand of skateboarding shoes. Now, DC has expanded into producing men's, women's, and children's skateboarding clothing, as well as shoes, that embody the skate culture and lifestyle.
DC fuses fashion with function when it comes to their apparel and shoes, so you can have an active lifestyle without comprising on style. They have a huge range of singlets, tees, jeans, chinos, shorts, hoodies, hats, beanies, etc., that are durable and comfortable, and will keep you looking cool when you're on and off the board.
Shop Now 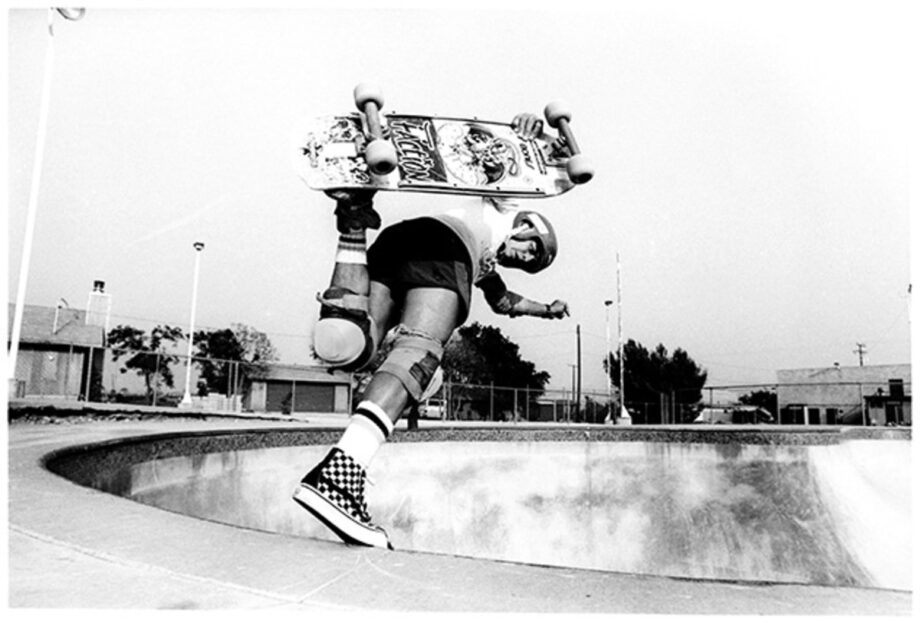 Another California brand that started in the skateboard shoe business but grew to a global skate apparel label is one of the most popular skate brands: Vans. Despite launching a campaign in 2016 to signify that they were no longer an exclusively 'skate' brand, Vans' clothes and shoes still exude skating culture and style.
All clothes are made from high-quality materials for durability and comfort, and Vans prides itself on 'creative exploration', so you'll get products that'll give you a huge amount of street cred. Also, a huge amount of their clothes and shoes are still created with skateboard functionality if you actually are a skater.
Shop Now 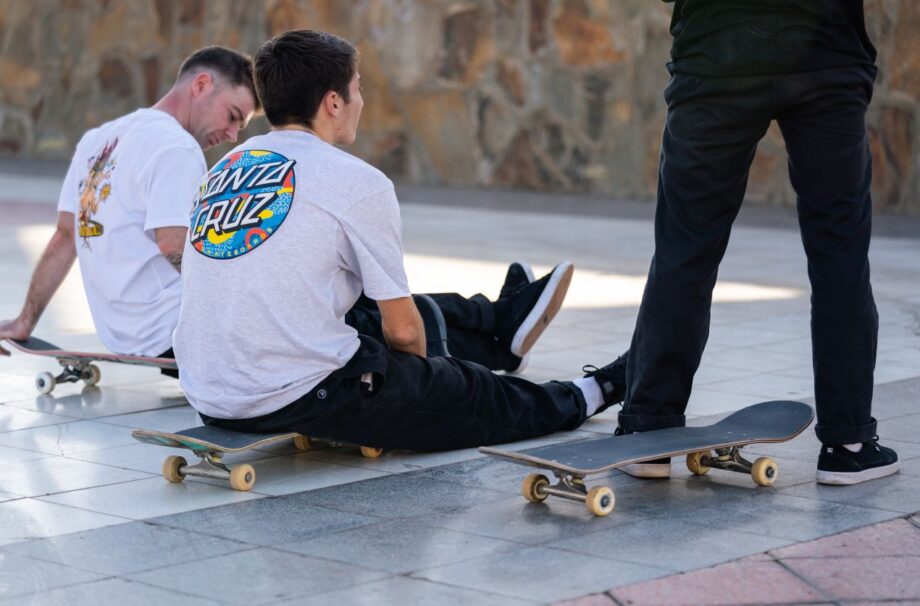 Santa Cruz is yet another Californian skating brand, which is really no surprise since skateboarding was actually invented in the American state. A mecca for skate and surf culture, Santa Cruz has been an industry-leading manufacturer of skateboard lifestyle products for over 40 years.
With a huge range of tops, bottoms, hats, and socks, available in awesome colours, prints, and styles; and all stamped with the signature Santa Cruz logo, any item from this label drips cool. Plus, with most clothes designed with a relaxed fit, these threads are perfect for both skating and everyday wear.
Shop Now 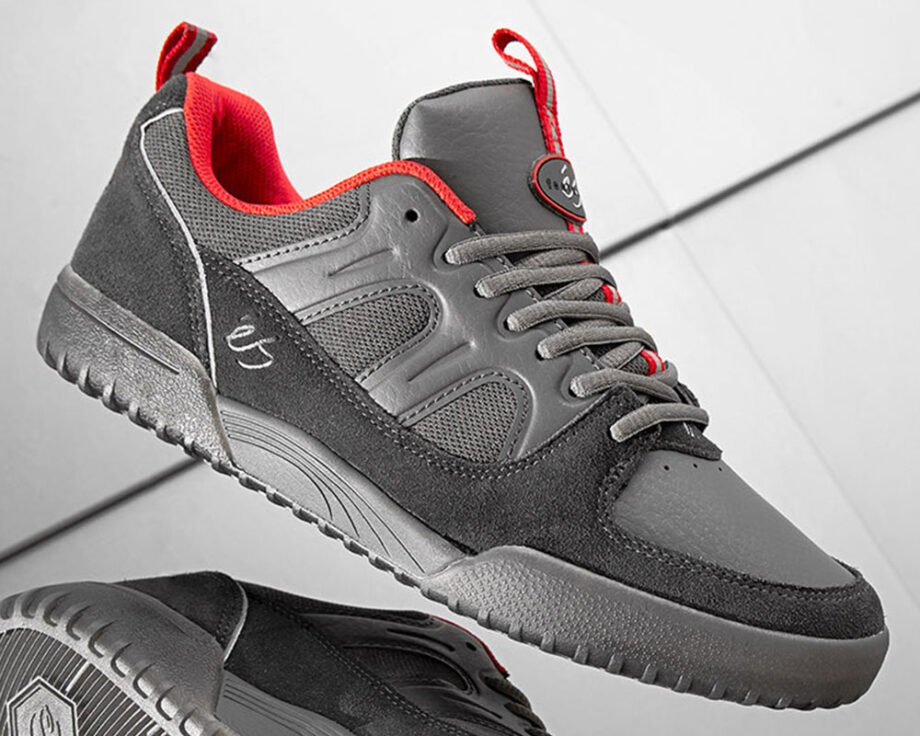 Since 1995, ES is one of the few skateboarder owned and operated companies in the world. Passionate about inspirational skateboarding, design, and style, every garment and shoe from ES is imbued with this passion, with the result being cool streetwear.
ES clothing has a more minimalistic style than other brands featured on this list, but if anything, that makes ES more wearable. Available in classic colours and fits, ES offer tees, hoodies, socks, hats, and more, all featuring their logo.
Shop Now 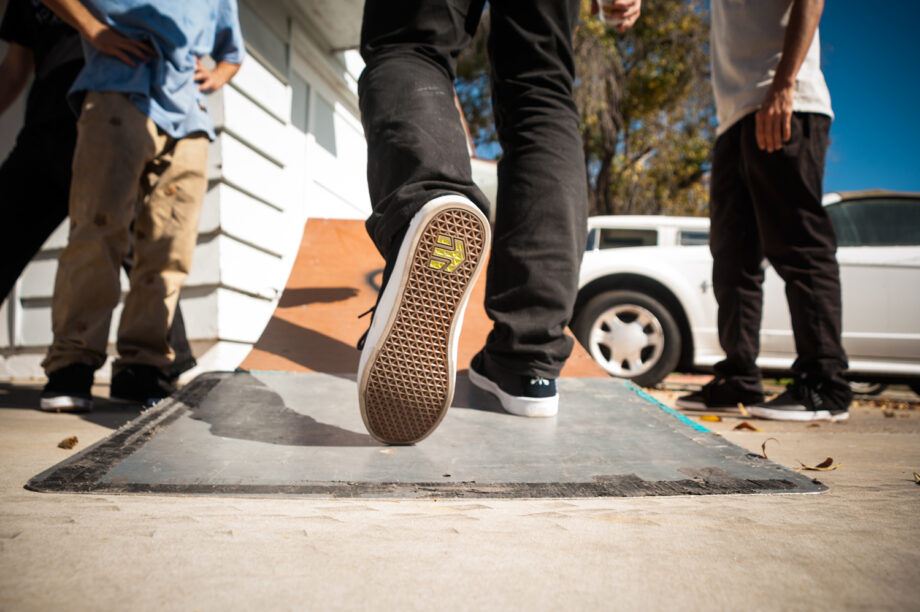 Primarily a skate shoe company, Etnies skate brand also stock an impressive range of apparel. Founded in 1986, and owned by professional skateboarder, Pierre André Sénizergues, the Californian brand has a great range of tees suitable for both skateboarding and everyday wear, as well as sweatshirts, jackets, and pants. Ride on.
Shop Now 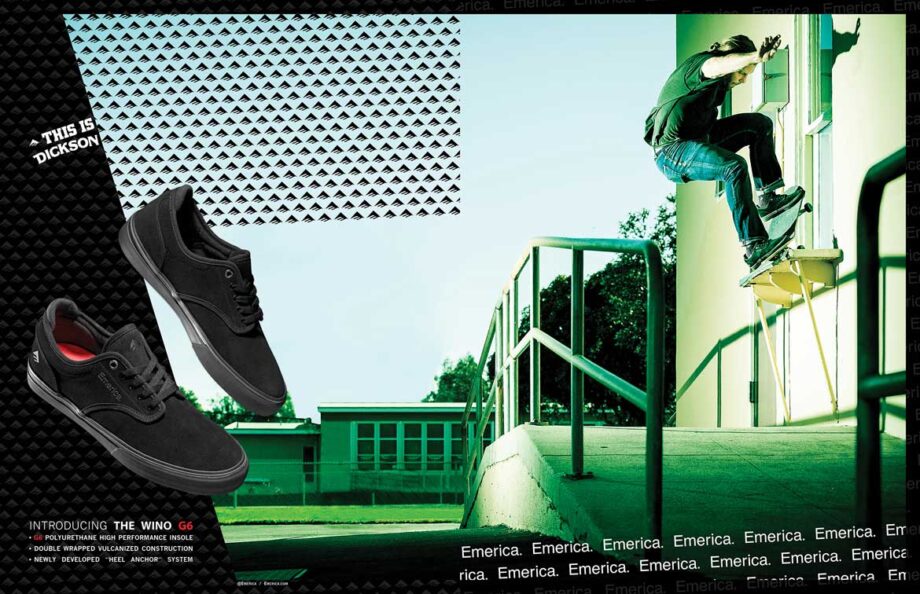 Emerica is also now owned by pro skateboarder, Pierre André Sénizergues, and could be seen as a little brother to Etnies. Emerica's range is slightly more playful in terms of colours and prints than Etnies, so if you're after a more vivid and eye-catching look, Emerica is the way to go. With a huge range of clothes and shoes, that are both cool and comfortable, you can't go wrong with Emerica's streetwear.
Shop Now 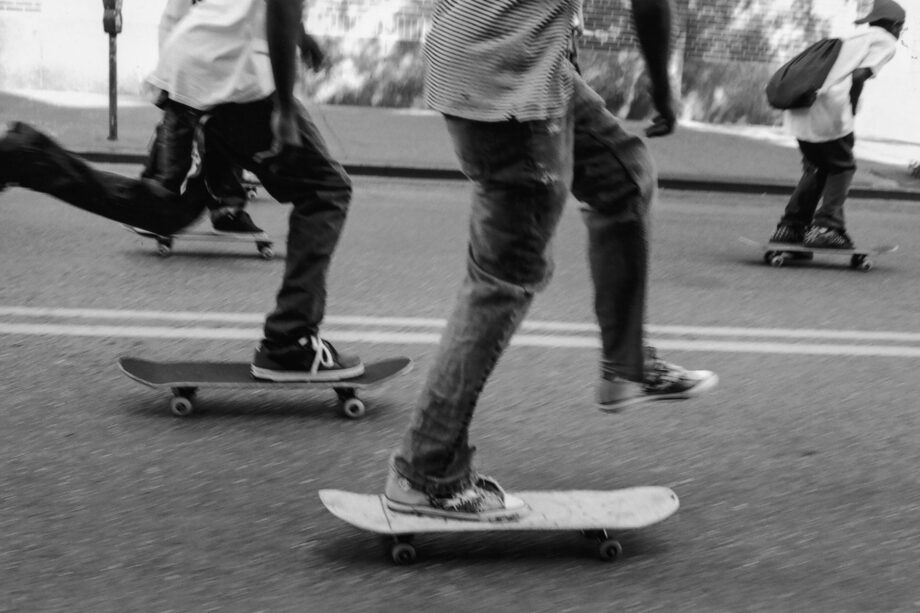 Unlike most brands featured, Saturdays NYC did not start with an exclusive focus on skateboarding. Launched in 2009, Saturdays NYC has expanded to an international lifestyle brand that's synonymous with high-quality craftsmanship, a minimalist ethos, and classic style.

Saturdays NYC probably has the largest range of clothes available, in comparison to other brands on this list; they have a tremendous amount of t-shirts, pants, outerwear, sweaters, shorts, swimwear, and loungewear, all made from premium materials. Despite not being a specific skateboarding retailer, Saturdays NYC's clothes have the personality of skate culture, and we really recommend checking their stuff out. 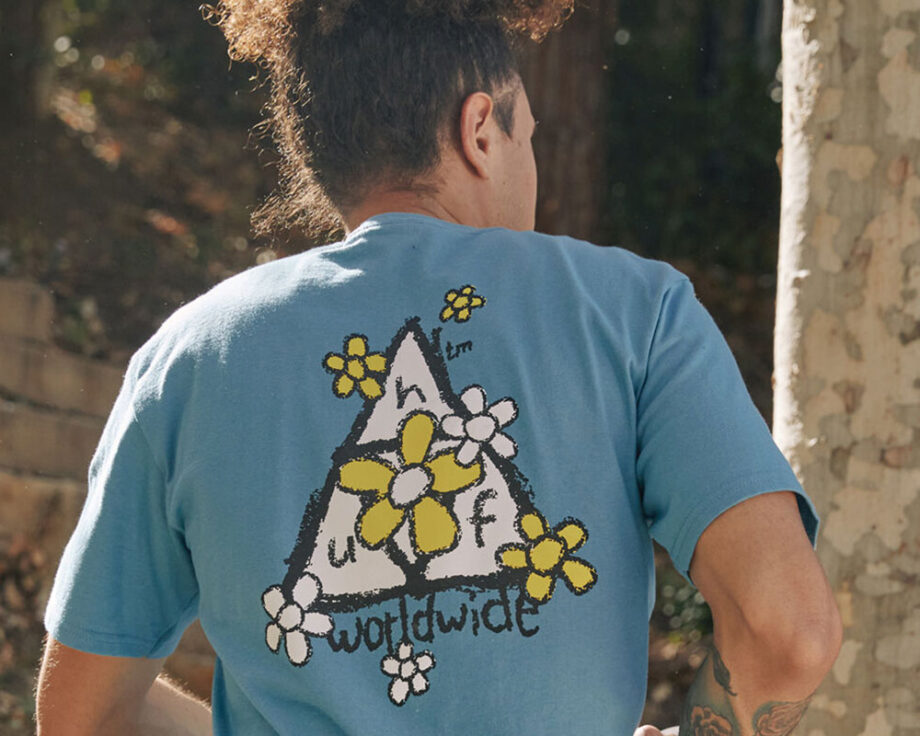 Founded by professional skateboarder, Kieth Hufnagel, Huf has become one of the most respected and pioneering lifestyle and skate brands in the world. Renowned for its clean aesthetic, provocative designs, and quality craftsmanship, for over 15 years, Huf has been dedicated to pushing the skaters' culture forward, by refusing to conform to it.
With awesome designs, all of Huf's clothing is stylish as well as well-made and comfy and is perfect for daily use or grinding on the decks.
Shop Now 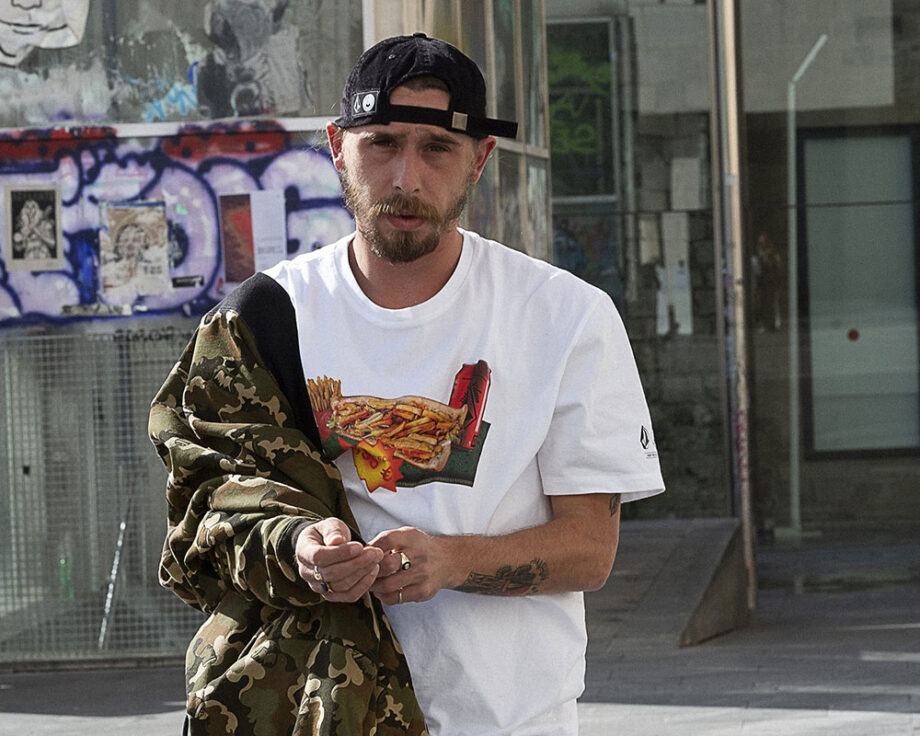 Volcom was founded during a time in the US when skateboarding, snowboarding, and surfing were looked down upon, and Richard Woolcott and Tucker Hall were not willing to accept the establishment suppressing their passions for these boardsports. This passion, philosophy, and ethos still fuels the thinking behind Volcom clothing today.
With a whole range of apparel designed specifically for skaters, the clothing is durable and allows for a full range of movement while you're skating. However, it's all stylish enough to be worn as streetwear.
Shop Now 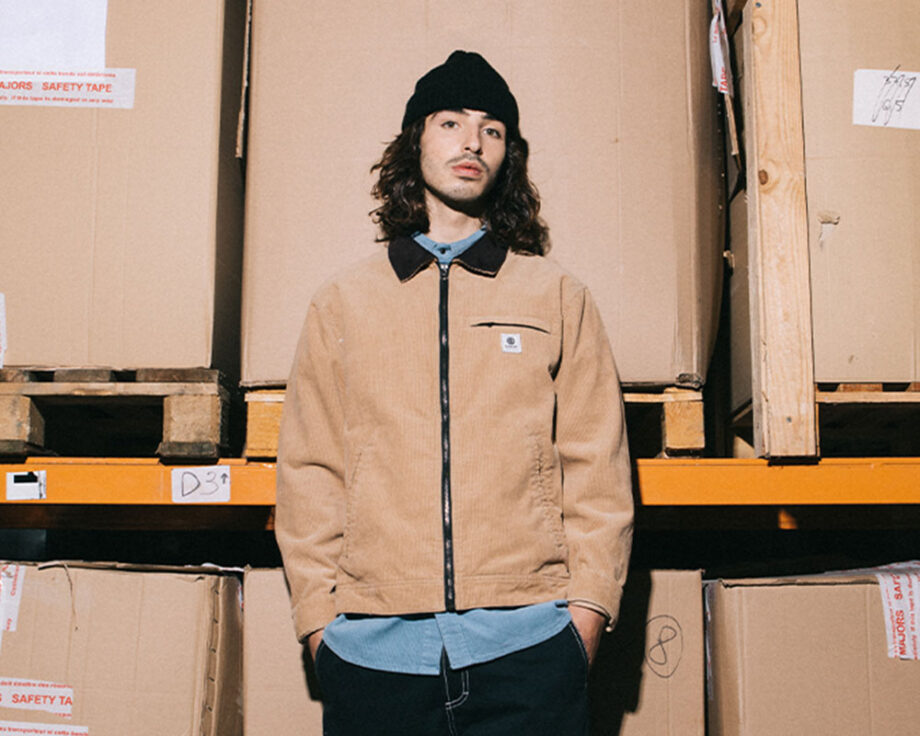 With a simple goal of wanting to be the best they could be while being as honest and ethical as possible, Element is constantly bringing progress to skateboarding. The company, which founder, Johnny Schillereff feels is more like a family, is renowned for its decks, complete skateboards, and skate clothing.
Element tends to create clothing in collaboration with pop culture phenomenons such as Snoopy, or Star Wars, to create clothing that's relevant and cool. The garments are well-made and non-restrictive, make it easy to see why Element is one of the best skateboard brands on the market.
Shop Now 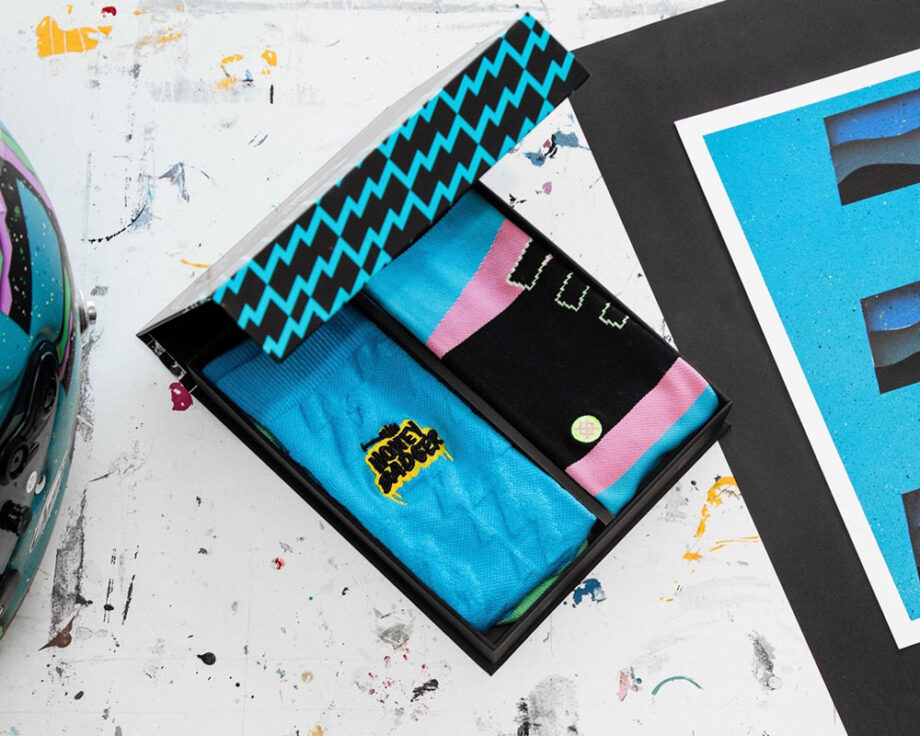 Stance, based in California, is a sock, underwear, and t-shirt brand founded in 2009. While Stance is not one of those exclusive skate brands, their range of undies, socks, and tees, are incredibly crafted to be soft, durable, and allow for free movement. If you're after some undergarments that'll make skating a breeze, Stance is the best place to go.
Shop Now 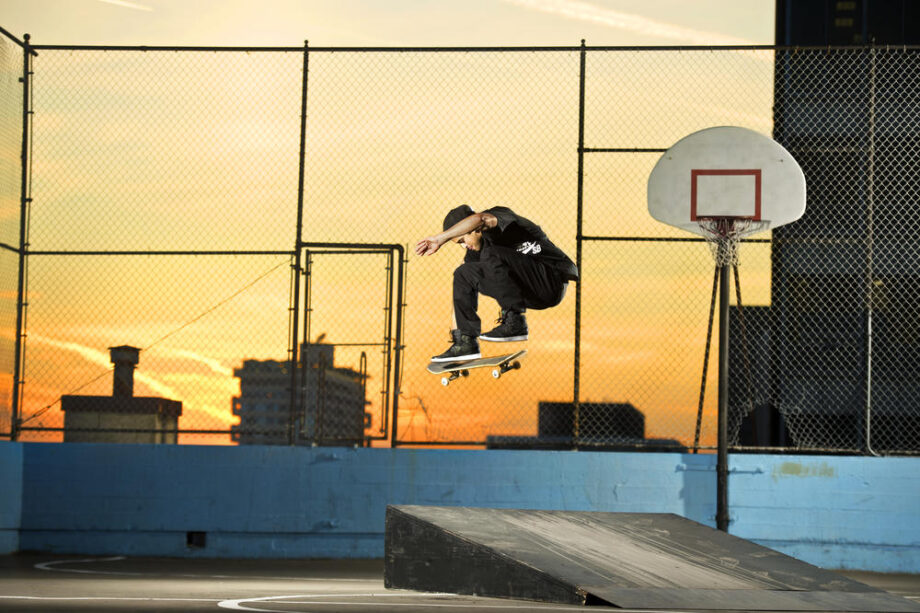 While Nike is known globally, it's not common knowledge that the colossal company has a great range of skateboard clothing and shoes. If you're someone who has never stepped on a skateboard but is itching to try it and the only thing holding you back is feeling like a fraud by going into a skate shop or by wearing 'skate brands', Nike is a great brand for you to dip your toe into the skateboarding pool... without looking like a poser. Plus, their range is actually really good quality and stylish; even, if you're a seasoned rider who's mastered the kickflip you should check Nike's skate range out.
Shop Now 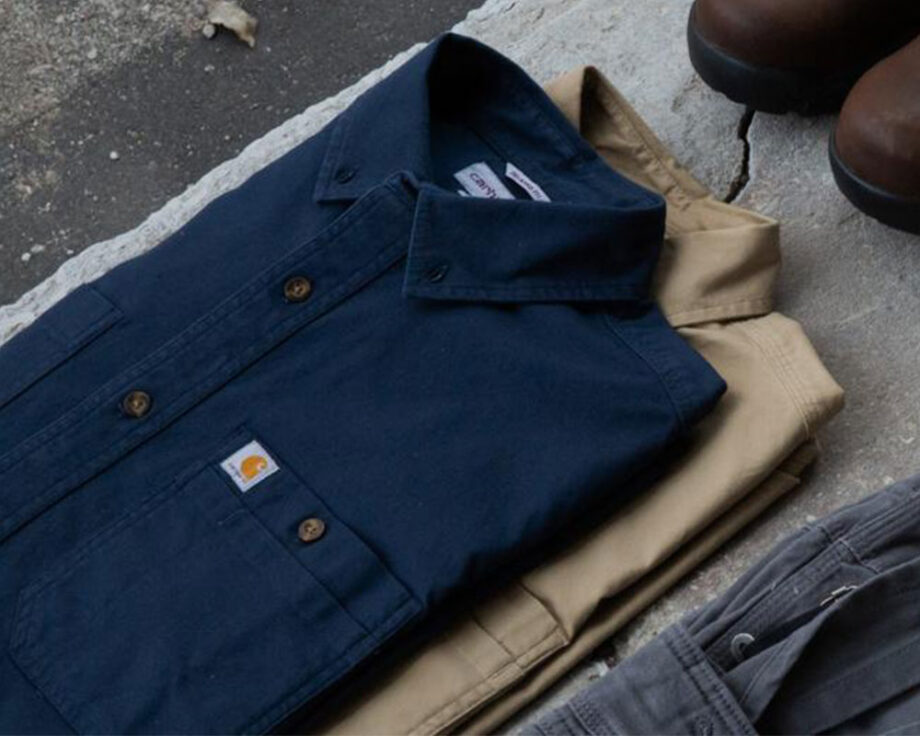 Carhartt Work In Progress is a streetwear division of Carhartt, with canvas jackets, graphic tees, and hats that are designed to represent a multifaceted vision of modern Americana. The range of clothing is a combination of luxe and streetwear, so if you're a skateboarder wanting a little more sophistication out of your clothes, Carhartt is the best option.
Shop Now 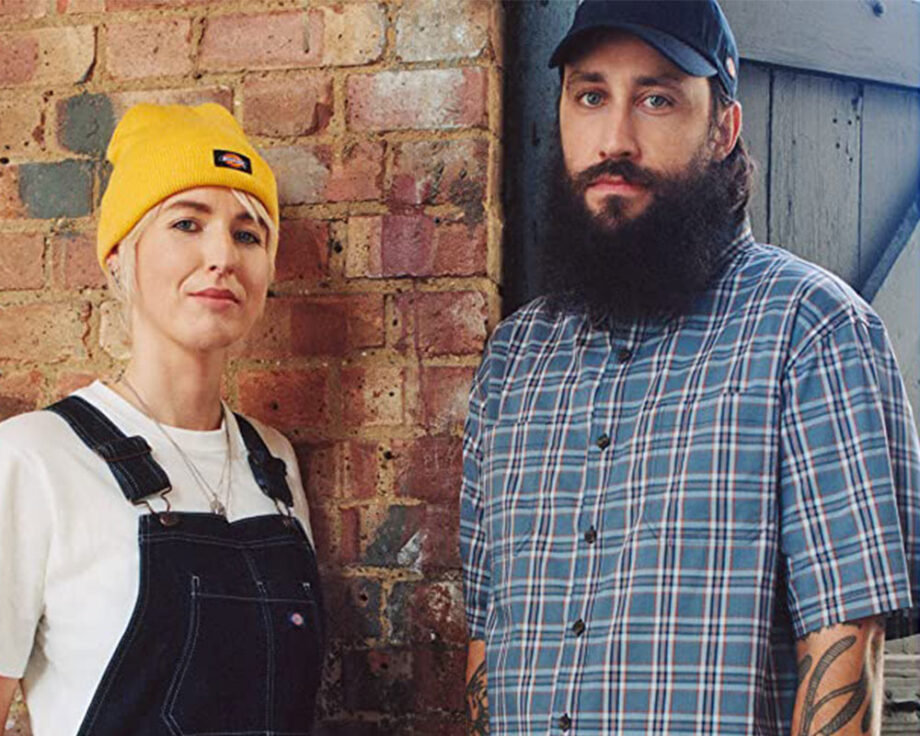 The globally known company, Dickies is famous for its fantastic workwear range, but it's also known among skaters for having some seriously good skateboard clothing; especially Dickies pants. The 874 Dickies Skate Pant is the most popular pant for skateboard riders because they're comfortable, allow free movement, and are durable.
Shop Now 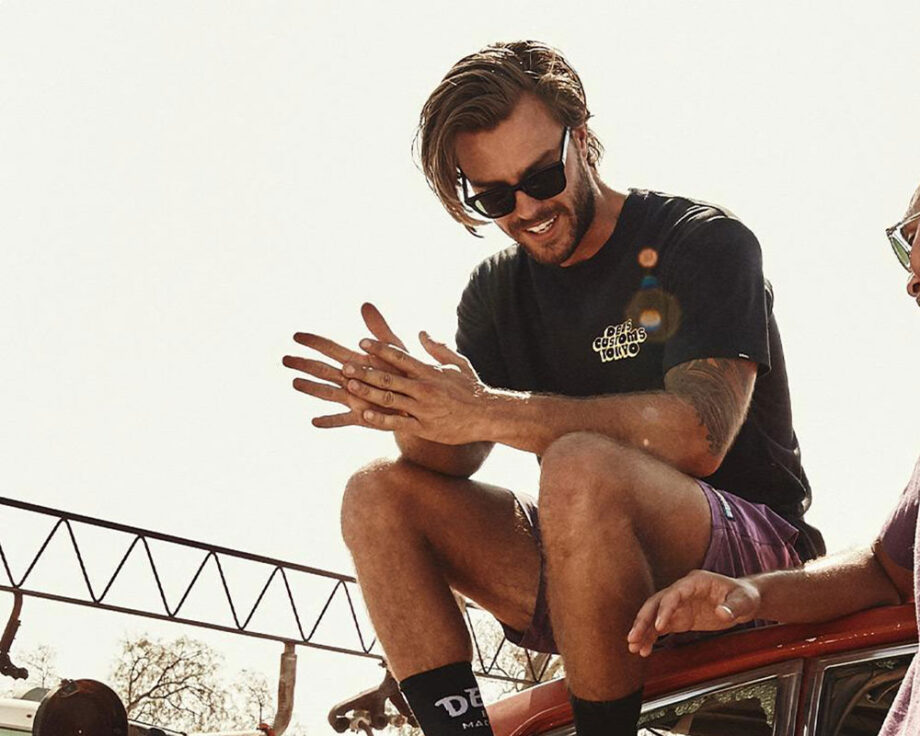 Deus Ex Machina, while known mostly for their motorbikes and motorbike gear, also has an incredible range of clothing that embodies skate culture, especially when their core values are inclusiveness, authenticity, and enthusiasm. Deus Ex Machina has a large range of awesome clothes that'll definitely give you a boost of cool whether you're walking down the street or you're at the skate park.
Shop Now 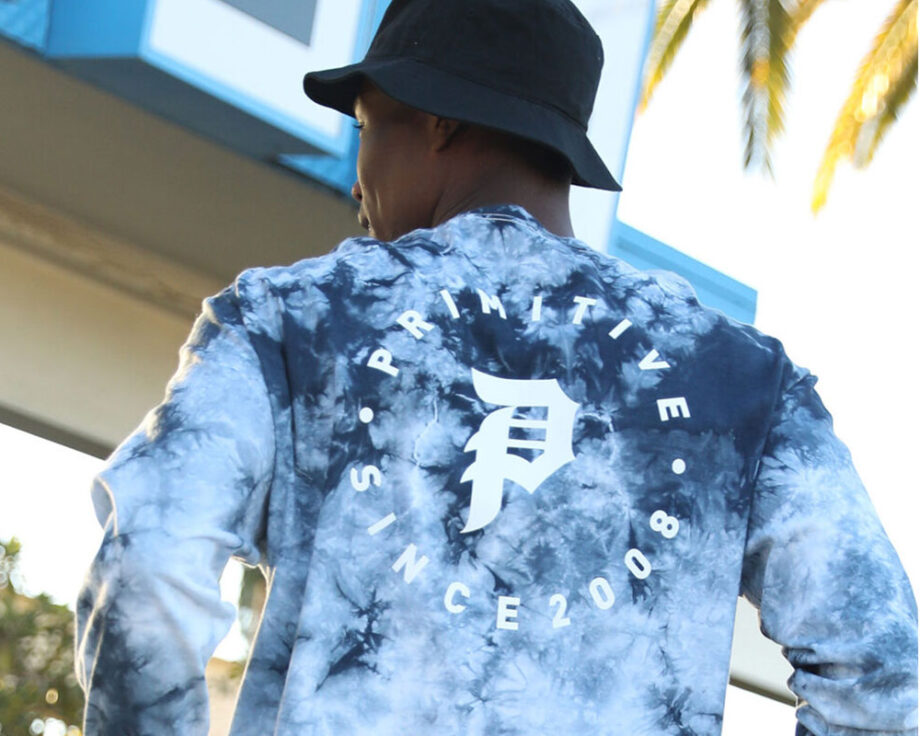 Headquartered in California, Primitive is a skateboard company founded by professional skateboarder, Paul Rodriguez. All of Primitive's clothing is inspired by youthful rebellion and tends to feature a lot of awesome tie-dye prints. With a great range of tees, singlets, jackets, sweaters, pants, hats, and more, any item from Primitive will enhance your skate and street style.
Shop Now 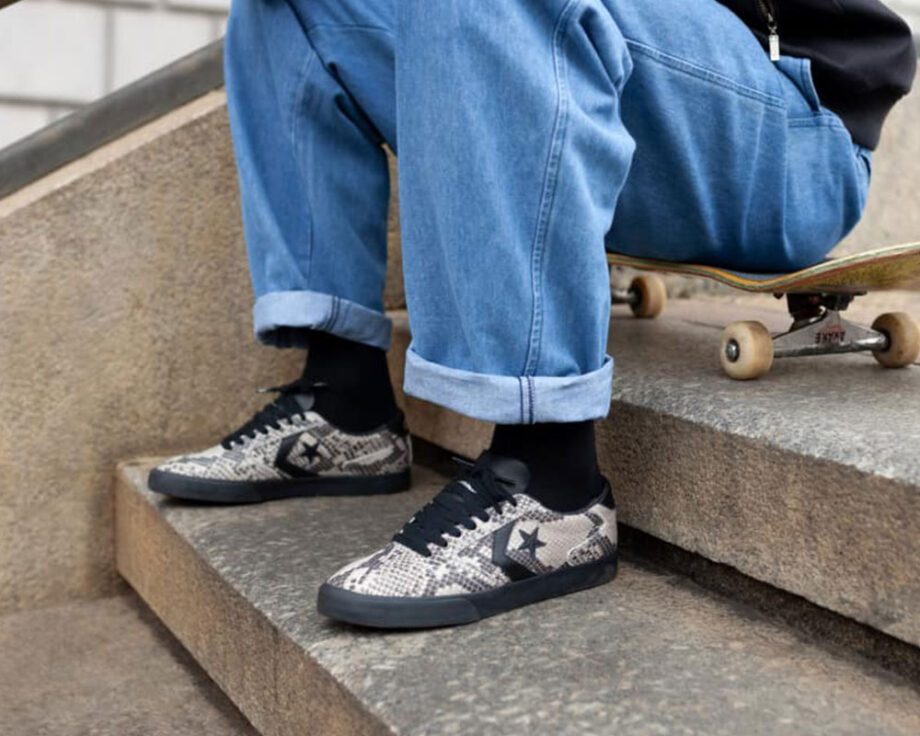 There's something nostalgic about a good pair of Cons; they seriously never go out of style. While Converse shoes are fantastic for skating because of the flat rubber sole, Converse also produces clothing that's perfect for skateboarding. All of the clothes just ooze cool street style and is durable enough to withstand even the most intense of skate sessions. The OG stake brand.
Shop Now