Unlike a lot of other spirits that can be produced in various regions around the world, tequila can only be produced in the Tequila region of Mexico (in the same way Champagne can only be classed as such if it’s produced in the Champagne region of France). All tequilas are derived from the blue agave plant found in the area, but various ageing processes, and whether the plant was obtained from highlands or lowlands, gives each bottle a unique taste.

However, there are only four ‘types’ of tequila:

There are over 1300 registered brands of tequila floating around the world, from some 150 producers, so curating a selection of the best is no easy task. Nevertheless, we’ve done just that (unfortunately we haven’t been able to try them all) to tell you the brands to look out for next time you’re at the bar or making yourself a sh*t hot margarita. 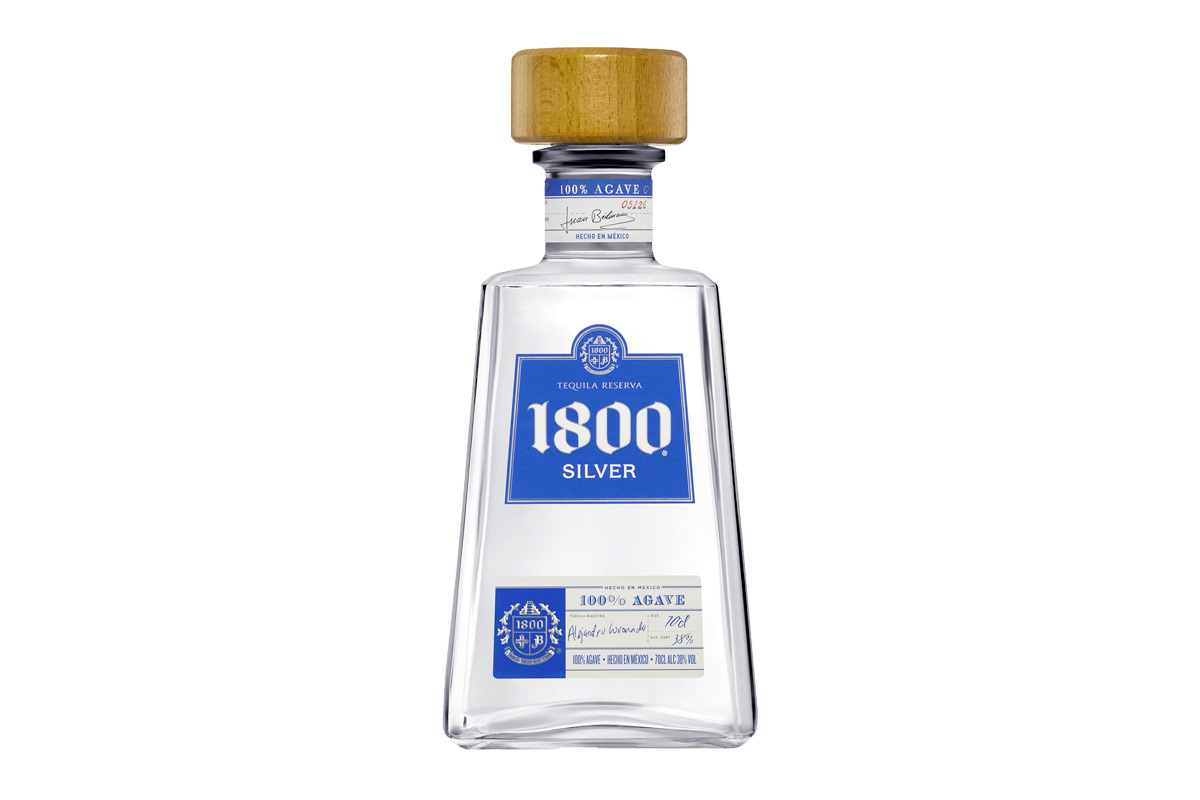 1800 is named so because it’s cited as the year tequila was first successfully aged in wooden barrels. There are six variations available, with Silver, Reposado and Añejo all being represented, along with a coconut-flavoured version which is particularly easy on the palette. 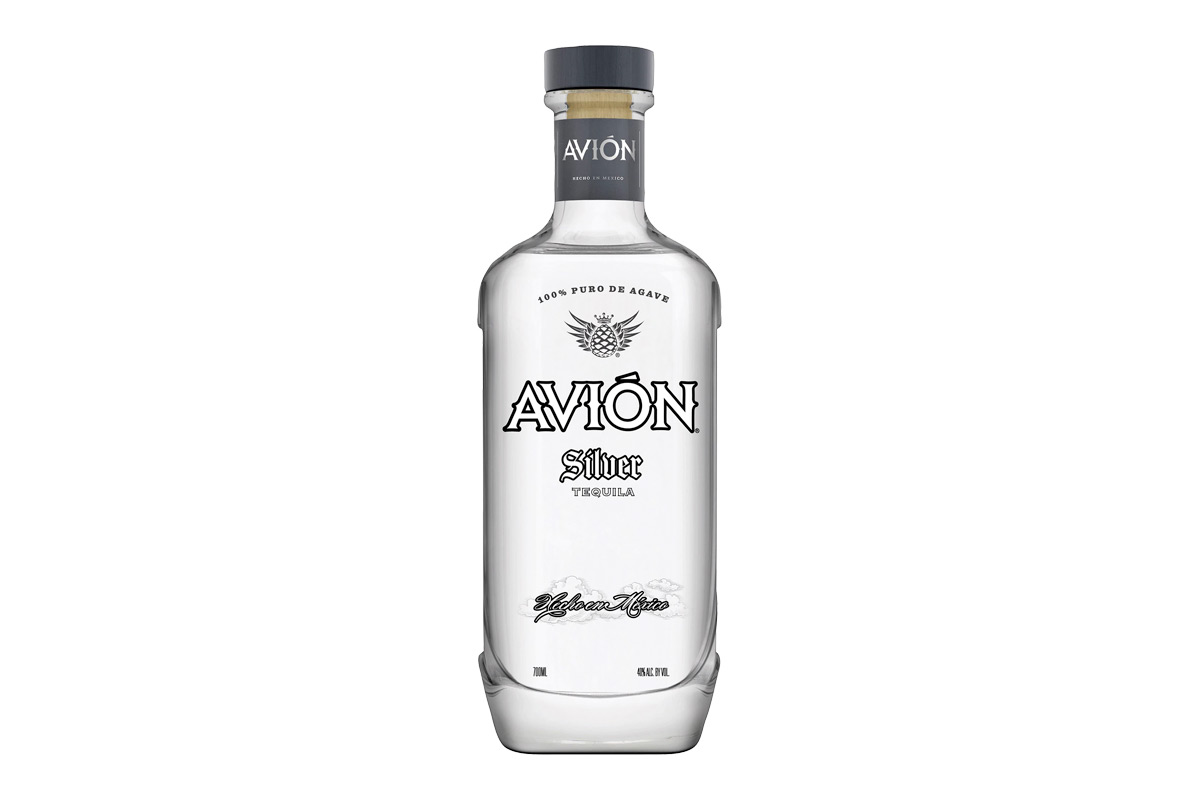 Avión Tequila is produced using blue agave plants from some of the highest elevations in the town of Jesús Maria, Jalisco, Mexico. The agave is roasted for three days to extract a naturally sweet flavour, before being separated for various ageing processes in former American whiskey barrels. 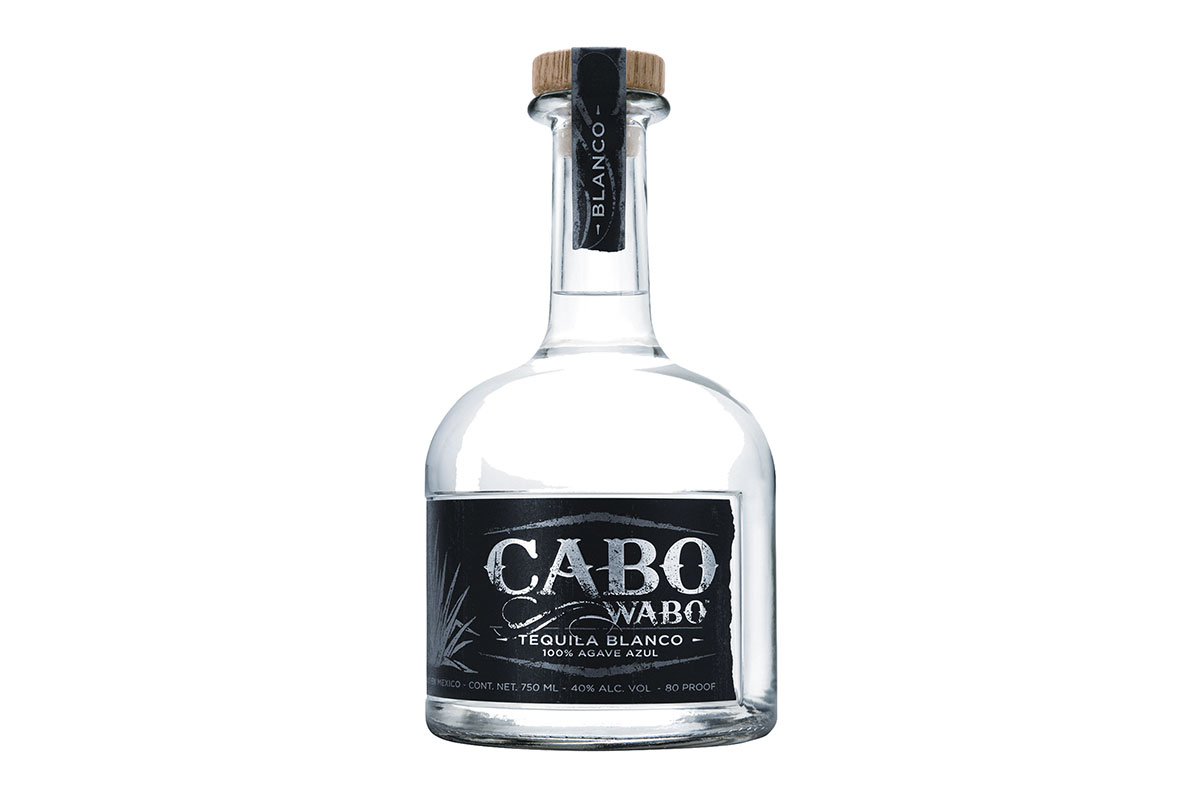 The Cabo Wabo tequila brand was founded by Sammy Hagar of Van Halen fame after the rock singer visited the town of Cabo San Lucas with his bandmates. After first starting up a bar and nightclub – also called Cabo Wabo – Hagar began selling a house-brand of tequila, produced by a distillery in the Jalisco region. It was eventually imported to the United States where it was well-received and has since gone on to win numerous awards. 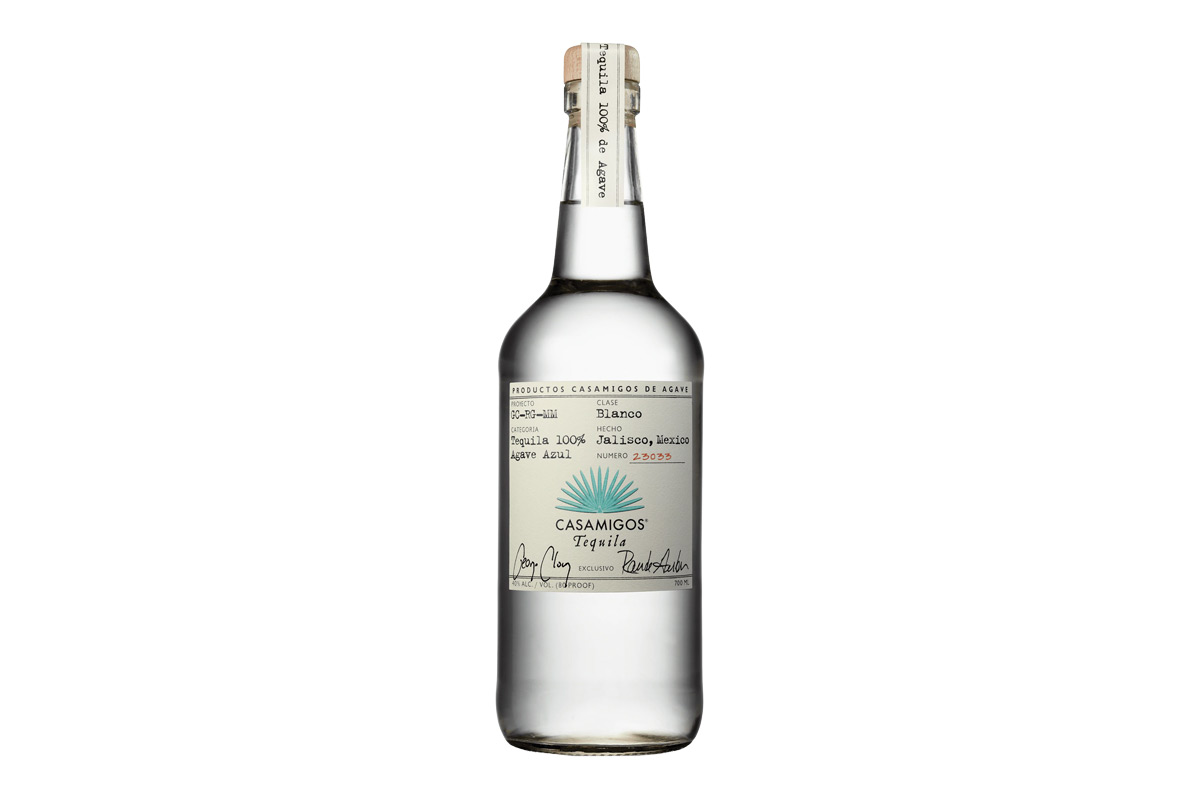 Casamigos was co-founded in 2013 by none other than George Clooney. Clooney and his neighbour – nightclub owner and businessman Rande Gerber – decided to commission a distillery to make a tequila after spending months sampling various others. They wanted a tequila that “didn’t burn going down” and that’s exactly what they got with their Añejo variety. The company now produces Reposado and Blanco variations too, along with a Mezcal. 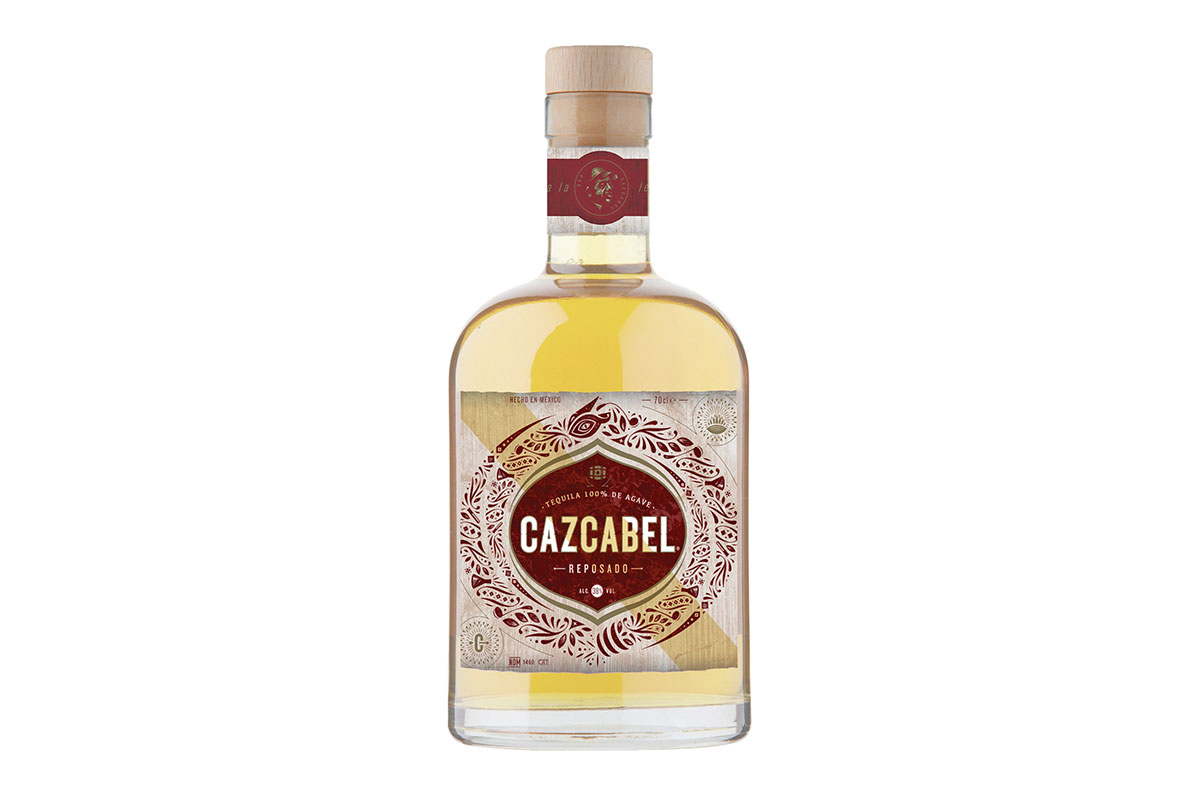 Cazcabel tequila is produced using blue agave plants from the highlands of the Jalisco mountains. After seven years of growth, the plants are harvested and put through a fermentation and distillation process that involves copper pots and steel stills. The company’s range includes honey, coconut and coffee liqueur flavoured tequilas, as well as the more traditional Blanco and Reposado.

Shop In Australia Shop In Rest Of World 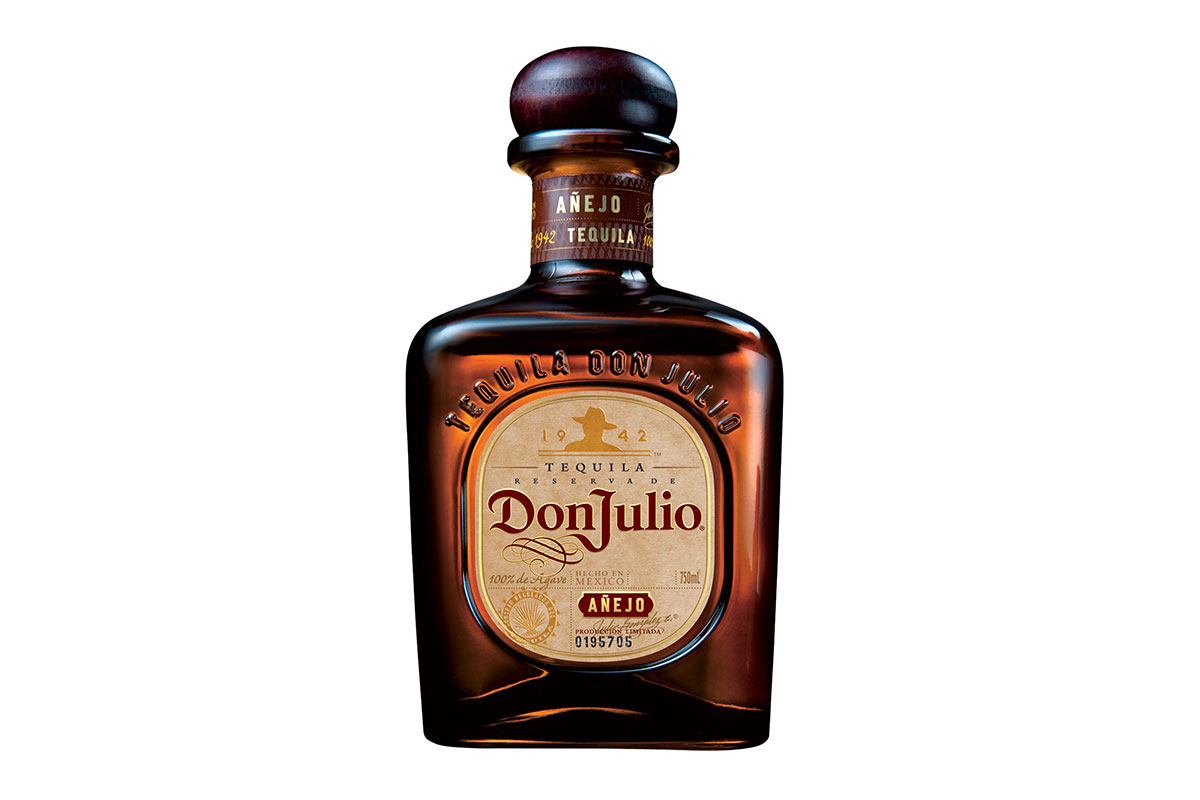 Don Julio is perhaps one of the most recognised brands of tequila in the world. It’s certainly the largest in terms of value. It’s named after founder Don Julio González-Frausto Estrada, who began distilling at the age of 17 in 1942. It wasn’t until 1985 that the Don Julio brand was first launched, by Don Julio’s sons, in celebration of his 60th birthday.

Shop In Australia Shop In Rest Of World

Dulce Vida tequilas are some of the most awarded in the world. Hailing from San Ignacio Cerro Gordo, Mexico, the company harvests its blue agave plants from the highland region of Jalisco. Not only does it produce tequilas within the four main types, but it offers real-fruit infused variations too, including lime, grapefruit and pineapple jalapeńo. 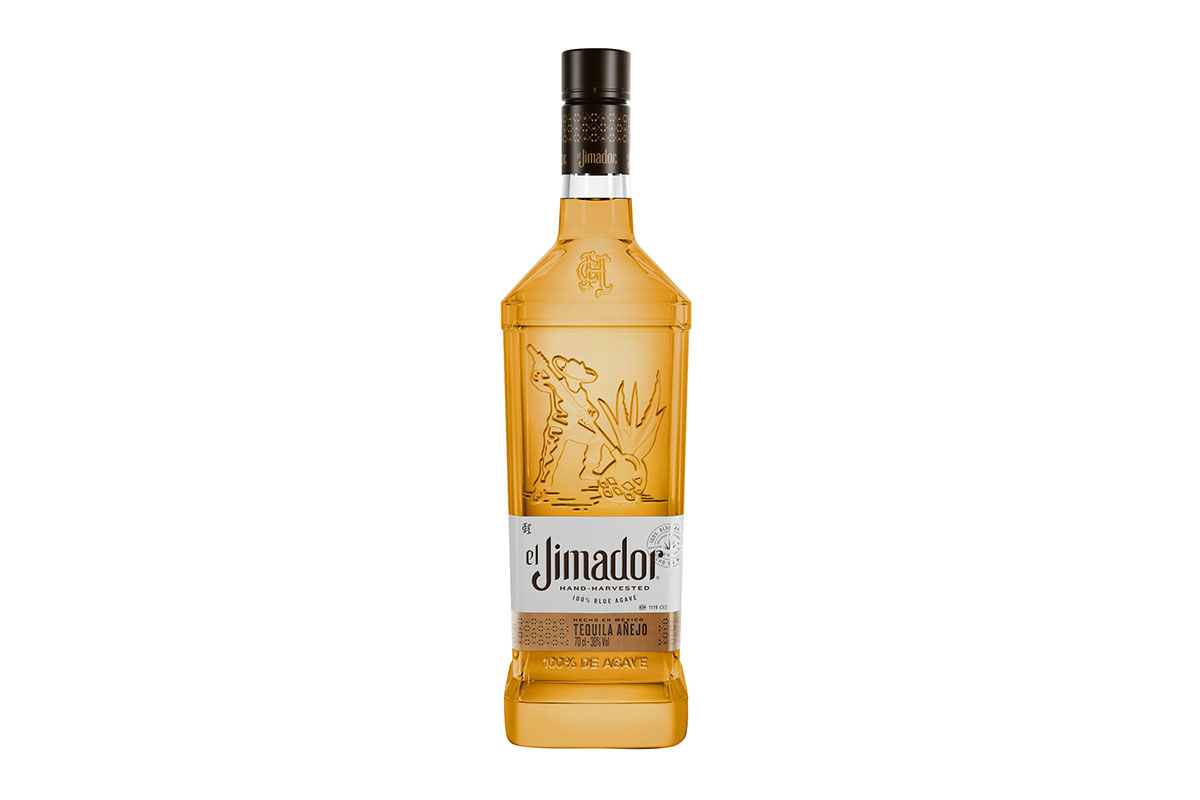 El Jimador is the best-selling tequila in Mexico, which considering the amount produced in the country, is no mean feat. It gets its name from Jimador, an accolade bestowed upon only the very best agave plant farmers, who can easily and quickly identify which plants are ripe and which aren’t. It’s naturally fermented in open-top distilleries and bottled immediately, resulting in a super-clear Blanco tequila.

Espolón is another tequila produced in the Los Altos (Highlands) of Jalisco, under the ownership of Campari America. It was first produced in 1998 by Cirilo Oropeza, who designed the San Nicolas Distillery in which the tequila is still made today. Along with traditional variations, the brand also has an El Colorado tequila, which is the first to be aged in former bourbon barrels. 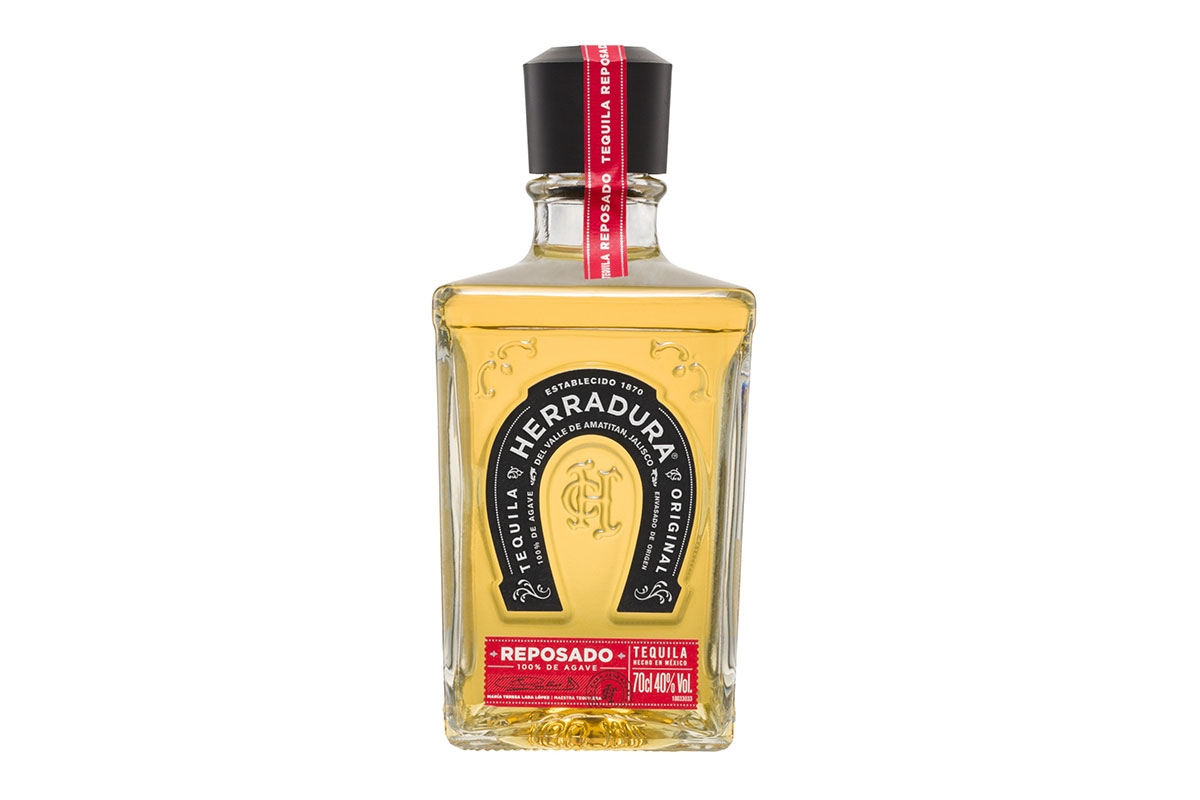 Herradura isn’t just a brand of tequila, but is a major distiller too (it’s responsible for making El Jimador) and was founded in 1870. After remaining in family hands for 125 years it was sold to a US beverage maker in 2007, although it’s still produced on the same site in Amatitán, Jalisco. Herradura is responsible for producing the first Reposado and Extra Añejo tequilas, and the Hacienda in which they’re made is the last active one remaining in the world. 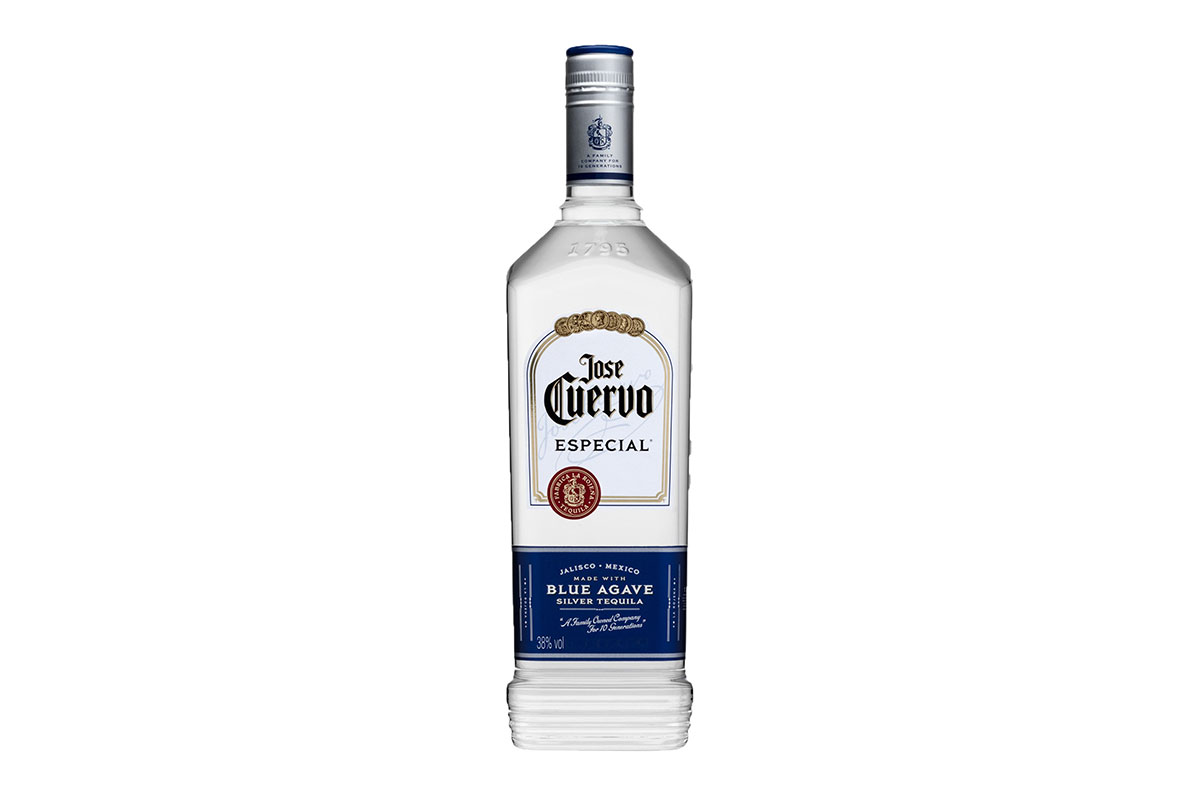 There’s a very good chance you’ve heard, and probably already drunk, Jose Cuervo tequila. It’s the best-selling tequila brand in the world and one that lines the stomachs of virtually every teenager (of legal drinking age), university students and anyone else who likes a night out. Its history can be traced back to 1758 when King Ferdinand VI of Spain granted Don Jose Antonio de Cuervo some land, which was then used to plant and harvest blue agave plants. The brand currently produces seven tequilas, along with pre-mixed margaritas. 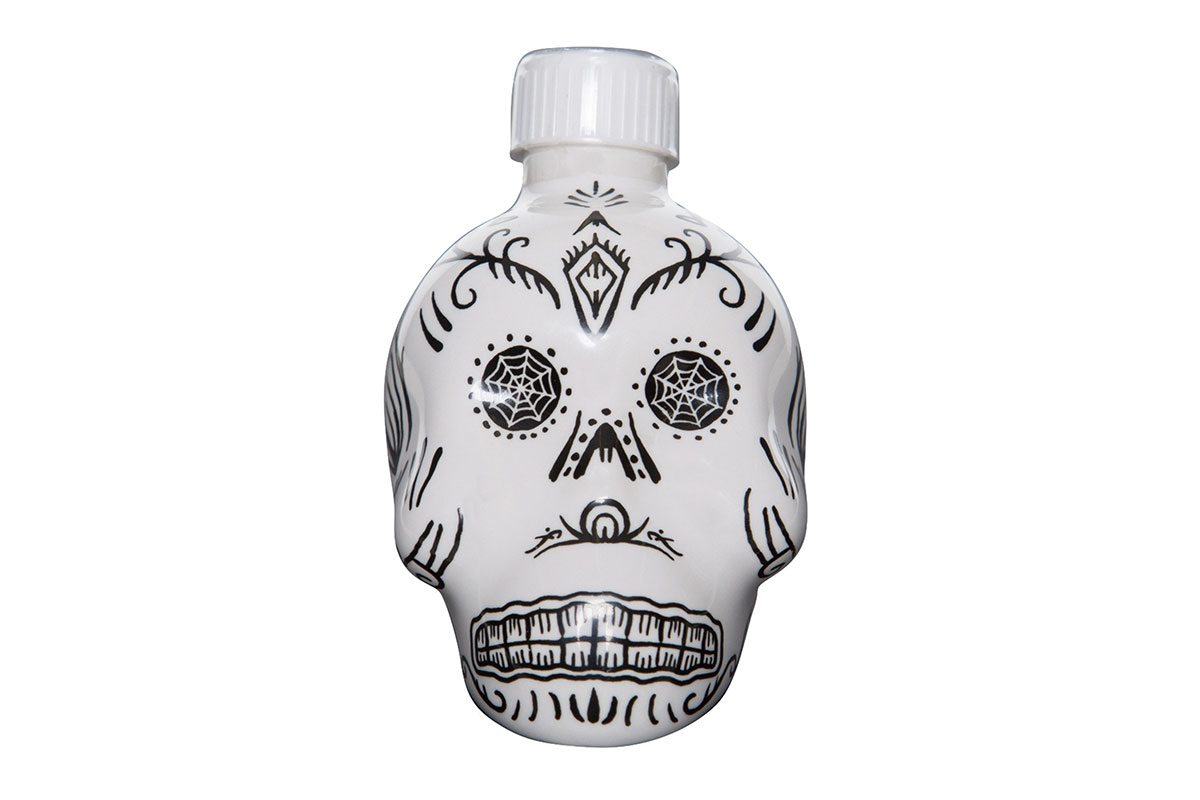 Kah tequila celebrates The Day Of The Dead, the annual Mexican festival that celebrates the spiritual journey of loved ones who have died – ‘Kah’ is the Mayan word for ‘life’. It’s the source of inspiration for the bottles, which resemble skulls, and each one is hand-painted, so no two bottles are the same. 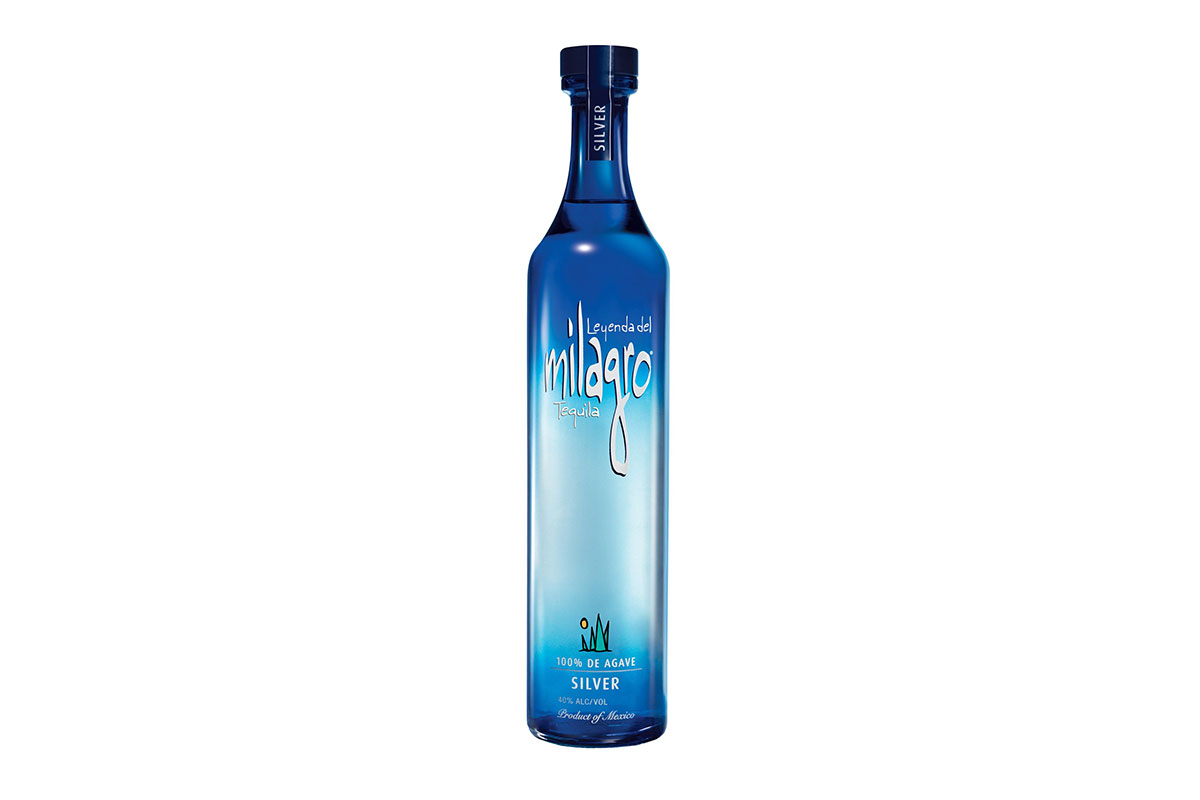 Milagro (Spanish for ‘miracle’) was founded in 1998 by two college friends who wanted to reignite some passion in what they believed to be a rather stale tequila scene in Mexico. Their master distiller Pedro ensures the blue agave plants used come from the Jalisco Highlands, which are then slow-roasted in brick ovens for 36 hours to extract every ounce of flavour. The fermentation process uses two different types of still, and it’s this process that gives Milagro a unique flavour. 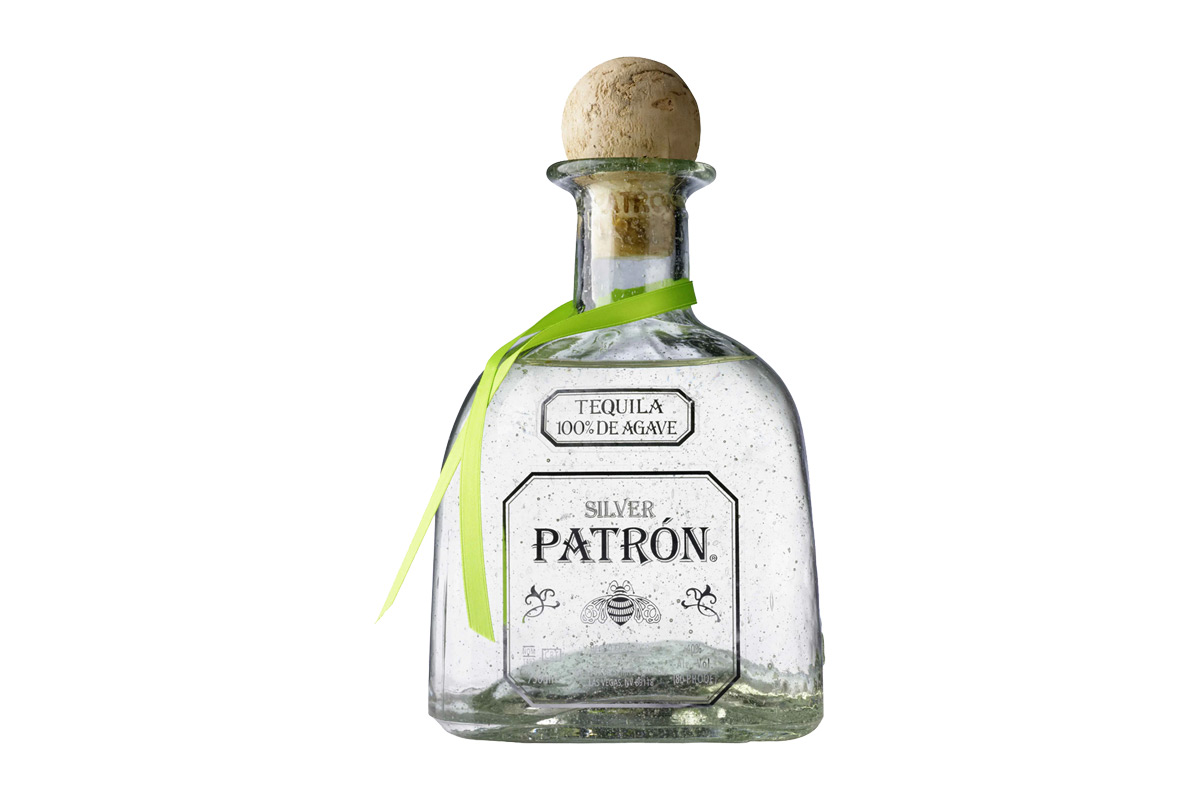 Patron tequila has been around since 1989 but has since changed ownership a couple of times. There’s a good chance you would have already seen bottles in nightclubs and bars, a direct result of a global marketing campaign which has included various celebrity endorsements. Patron produces several varieties of tequila, but it’s perhaps best known for its silver and coffee liqueur-infused varieties. 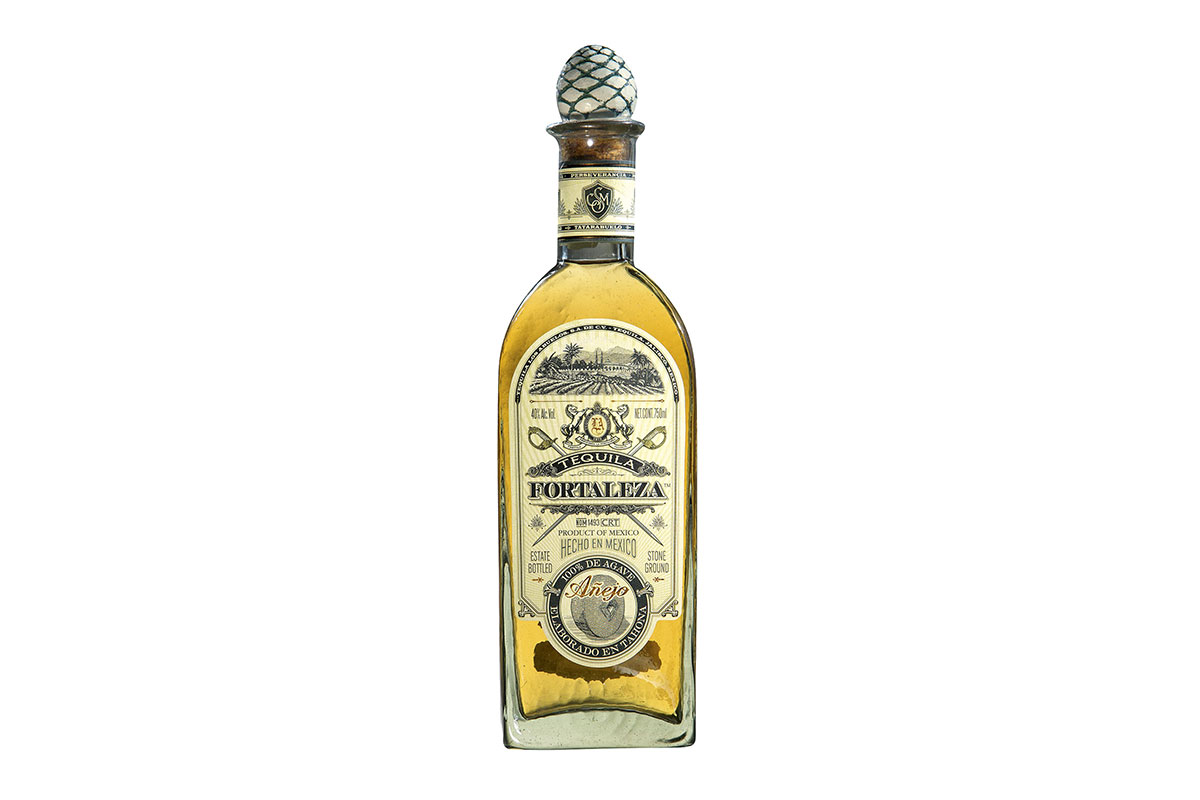 Tequila Fortaleza has only been around as a company since 2005, but its distillation process can be traced back over 100 years. The distillery that Fortaleza uses was resurrected in 1999 (after being closed in 1968) by Don Guillermo, the grandson of Don Javier, who was responsible for finding the small piece of land on which the La Fortaleza distillery sits. The company’s process still uses a small brick oven and the same original copper pots, ensuring the flavour is kept as authentic as possible. 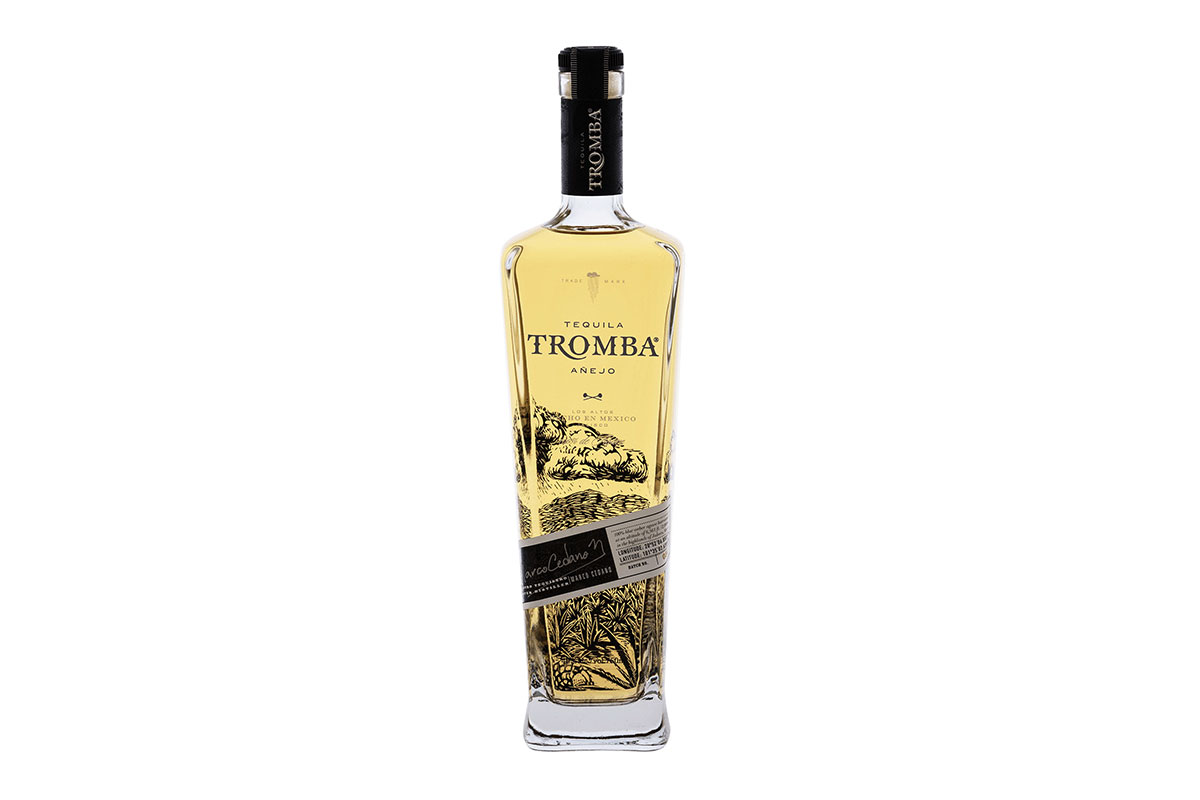 Tromba Tequila is the brainchild of Australians Nick Reid and James Sherry. The duo, along with Canadian Eric Brass, decided to start making a tequila of their own after visiting the Highland regions of Jalisco. But rather than make tequila to dominate the Mexican market, the trio was more in the business of exporting, with Australia, America and Canada high up on the list. The fact that their Master Distiller used to work for Don Julio, you know it’s going to be good.

How do you drink tequila?

Many connoisseurs swear that the best way to drink tequila is to sip it on its own. You may have it chilled or straight up or even on the rocks. For shots, enjoy it with a wedge of lime and a small amount of salt.

How much alcohol is in tequila?

Tequila must have between 35 and 55 percent alcohol content or 70 to 100 proof. For the spirit to be sold in the United States and Canada, it must contain at least 40 percent alcohol.

What cocktails are made with tequila?

Tequila is versatile and can be used in lots of mixed drinks. Margarita is probably the best known tequila cocktail. You may also try the Paloma, Juan Collins, Tequila Sunrise and Brave Bull.

Best Coffee Table Books For A Man Of Interior Style

Stylish Beach Towels For Men To Sunbathe In Style

The Essential Style & Fashion Books For The Gentlemen Of Today