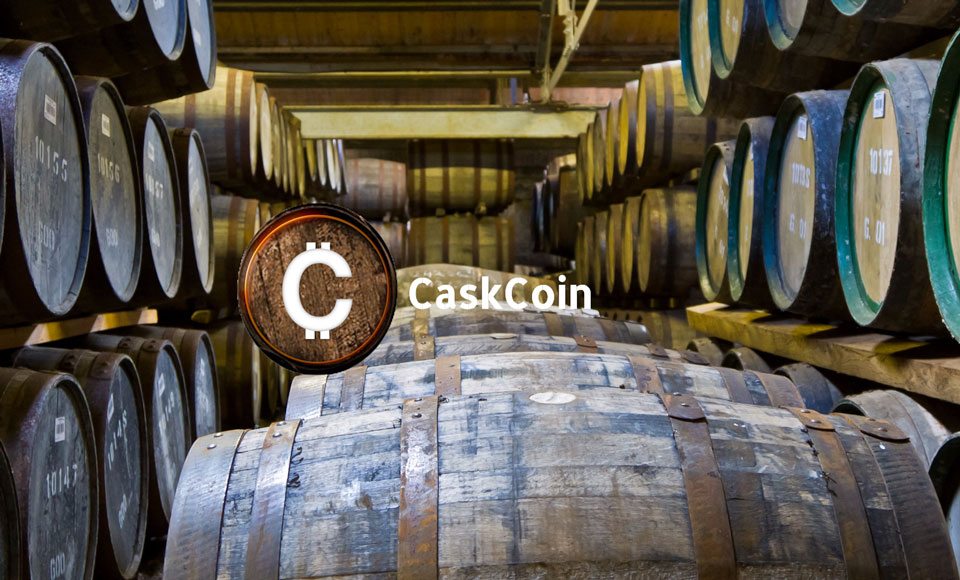 Well it’s finally happened. The world’s first whisky-based cryptocurrency has officially launched to give investors a chance to claim a share of a £40 million Scotch whisky portfolio.

CaskCoin is the name of the latest digital currency founded by Ricky Christie, the boss behind the North of Scotland Distilling Company. According to the website, CaskCoin is an “asset-backed cryptocurrency which combines blockchain technology with a physical asset investment in the form of maturing Scotch Whisky”.

In other words, every coin equates to physical ownership of a share of the elusive cask collection. And what’s in the collection? Old and rare malts aged anywhere between 21 and 50 years, according to the website.

Whilst CaskCoin’s initial coin offering (ICO) is looking to raise a lofty figure of over £40 million in just 18 days in March, the company says it will not be increasing the number of ERC-20 tokens which has been capped at 6.5 million at £8.15 each.

According to CaskCoin’s site profile, “whisky is an interesting alternative to traditional or even the alternative SWAG (silver, wine, art and gold) investing”.

“It has several interesting characteristics; It does not go off like wine, but can still be consumed, unlike gold and silver.”

The latest unique cryptocurrency is further compared to art collection where the site explains that once it is consumed, it cannot be consumed again.

“Whisky offers an investment vehicle which could increase over time. Until recently investing in whisky was something reserved for the few, it took time, knowledge, know-how and expertise. With CaskCoin some of those challenges have been simplified.”

The arrival of CaskCoin comes off the back of the launch of The Single Malt Fund earlier this year, the company which gave investors the opportunity to own a part of a collection of rare and limited-edition whiskies alongside exclusive access to buy them.

The point of difference between CaskCoin and The Single Malt Fund is that the latter provides investment via traditional currency across an evolving portfolio. CaskCoin on the other hand relies on the trading of its own digital currency.

Those keen to buy into CoinCask will need to fork out large thanks to a minimum investment of £30,000 paid in bitcoin or ether.

Whilst the lucrative market for rare whisky hailing from Scotland and Japan has been evident, it’s important to remember that cryptocurrency is still a volatile and risky form of investment for the uninitiated. And no, no amount of Steven Seagal reassurance can resolve that.