What comes to mind when you think of Canberra? Vast expanses of grass and cement? Legal fireworks? Kevin 07? Old mate Turnbull? Things you stopped caring about when you turned 12 (or never cared about in the first place), no doubt.

Which is why it’s lucky it’s home to some of the coolest hotels around. Dig in to see where politicians rest their weary heads—on your dime. 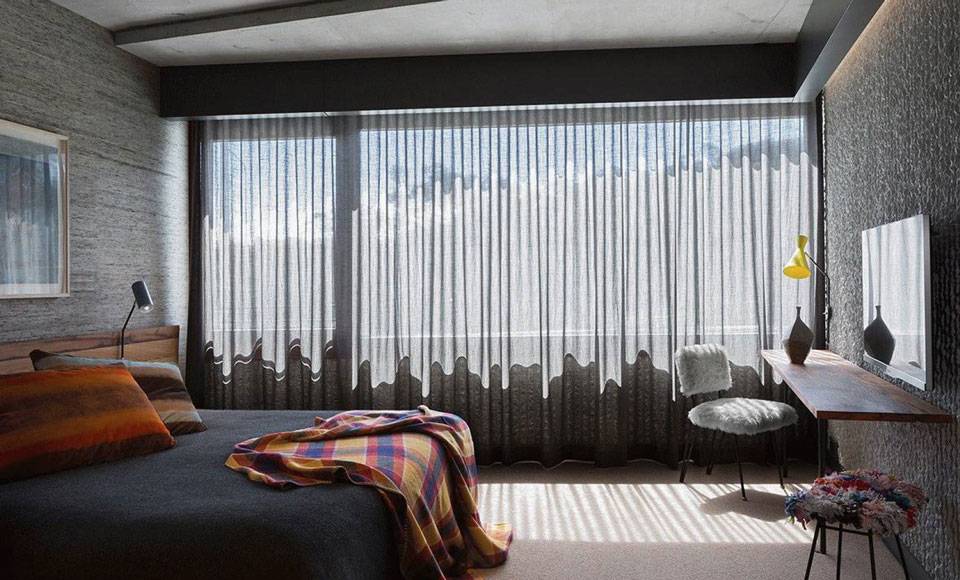 Design takes centre stage at the Japanese-inspired hotel, making it a must-stay for anyone who is into art or architecture. The Ovolo Nishi puts you in the heart of Canberra’s gallery scene, so you can wander through the various quirky events often happening nearby.

If you don’t feel like leaving the precinct, you can wander down the Grand Stair to the Palace Cinema for a movie, to the Nishi Gallery to take in an exhibition or across the road to the National Film and Sound Archive to check out the art deco architecture and watch one of their film screenings.

The concierge can also rustle up some of the hotel’s Good Speed bikes for guests to explore on, which is a nice way to pass a Canberra afternoon. 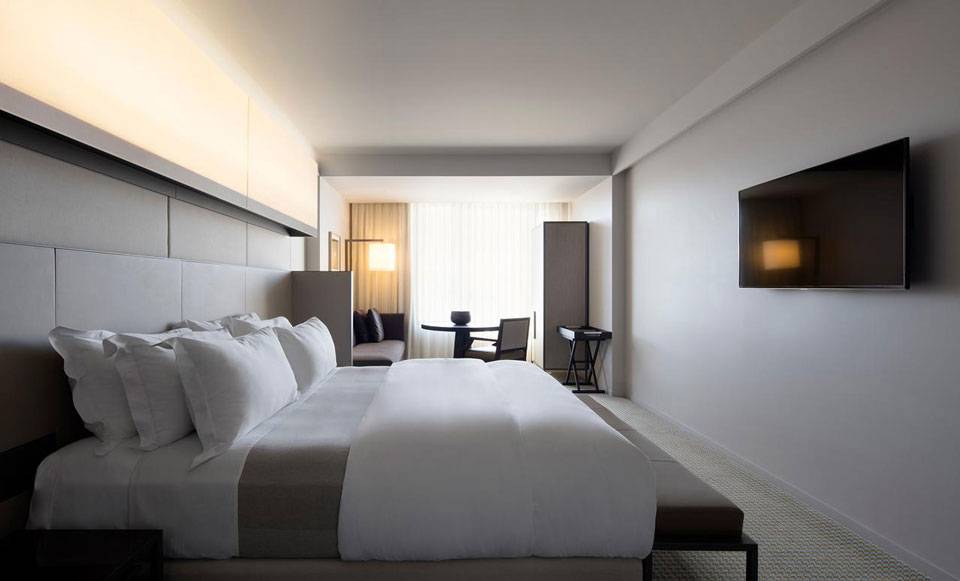 Bubble baths, complimentary chocolates and huge pillows await you Hotel Realm. Especially if you’re lucky enough to stay in the Upper House Suite. This room boasts a massive plush king sized bed, a massive view, and a plasma TV. Beautiful wooden partitions break up the architecturally designed space which features a gas fireplace, balcony, motorised block-out blinds and the most epic spa bath you will ever experience.

“Located an easy 2.5 hour drive from the M5 Sydney, passing by the Southern Highlands, the nation’s Capital is truly a hidden gem worth finding.”

As told by Realm’s Group Marketing Manager, Martina Males, “New life flows through the city with swanky new restaurants and bars, internationally recognised hotels and an impressive art collection at the National Gallery of Australia.”

The local produce is another attraction. From Piallago Estate’s award winning bacon, to wines from the Poaches Trail including Clonakilla (and Silo Bakery which was recognised by the New York Times), each and every culinary taste is catered to. 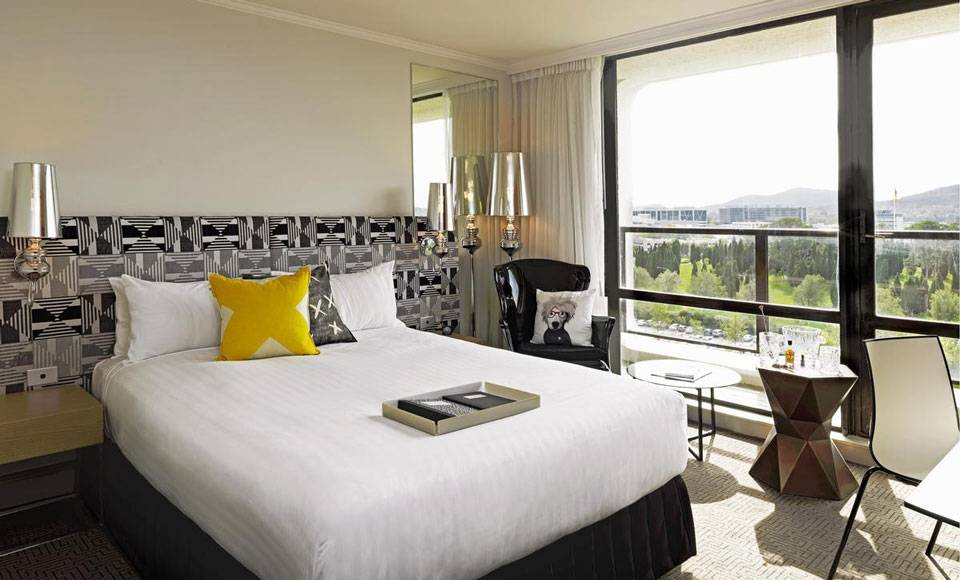 Described as “an eclectic mix of design and art, style and luxury with a touch of quirk,” Canberra’s QT Hotel has earnt a reputation for a slightly cheeky and unorthodox brand of hospitality, which carries through in the hotel’s meticulous attention to detail, industrial-styled spaces, laneway speakeasy and rooftop bar perfect for business travellers and romantic weekenders alike. 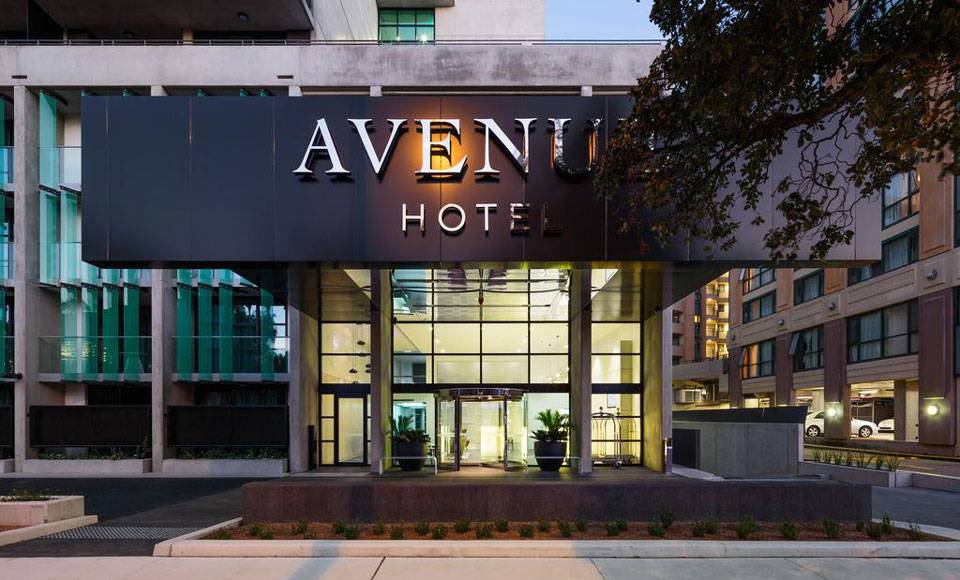 If checking out Parliament House and Canberra’s museums is on your agenda while in the city, book yourself into Avenue Hotel. Lush rooms with modern furnishings, spa suites and a stylish European steakhouse inspired gastro-pub serving up delicious paddock-to-plate delicacies during your stay, Avenue Hotel is for those who want a little taste of luxury. 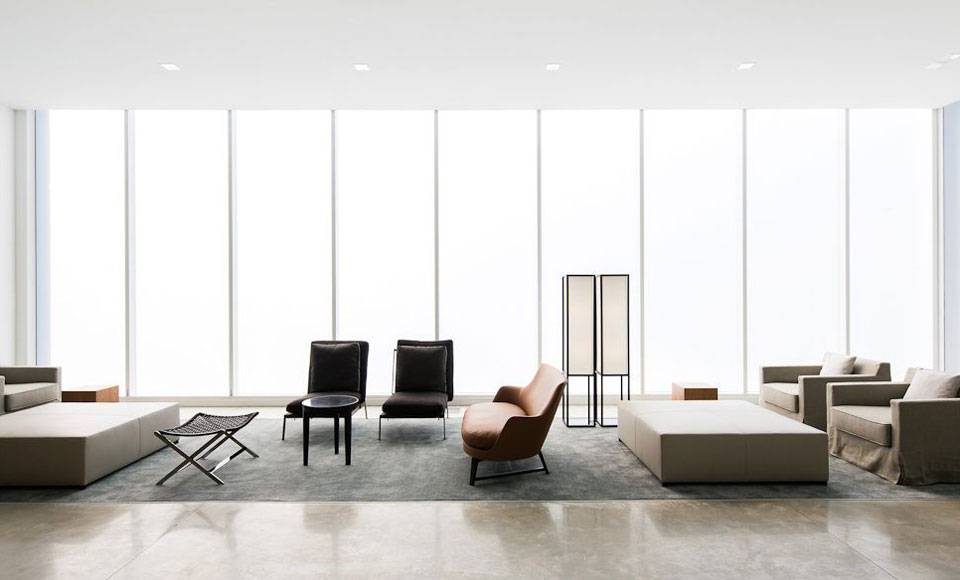 If you’re exploring Canberra on a budget, Little National Hotel provides affordable and effortlessly chic accommodation. Located just a stone’s throw from previously listed Hotel Realm, Little National offers 120 rooms that are small on space but big on character and sophistication. It’s all about the business, conference and leisure guest who demands smart luxury and a spot-on location without going broke. 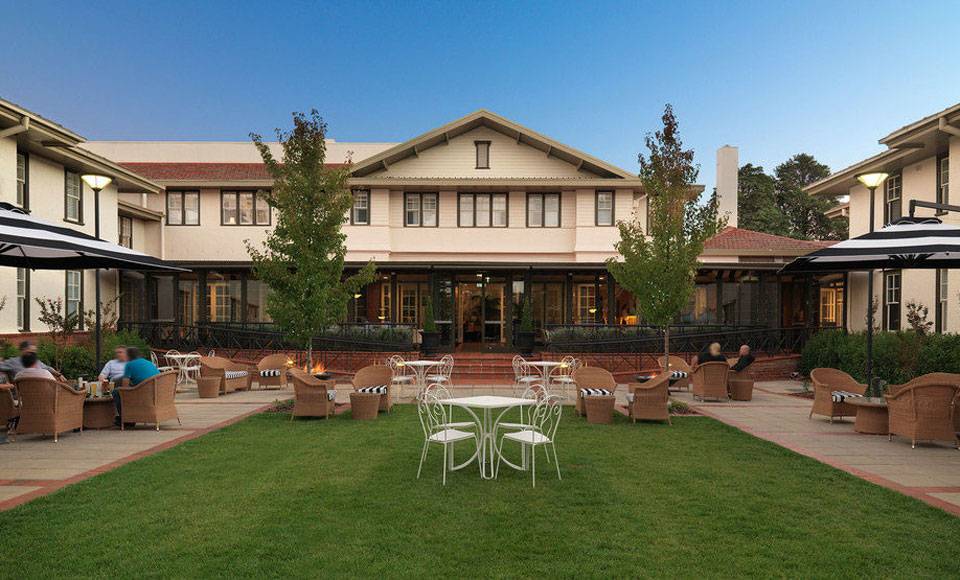 Located 1 kilometre from Old Parliament House and Capital Hill, Hotel Kurrajong Canberra is a heritage-listed property with a café, restaurant and 100MB of free WiFi per day, per room. Not bad.

All rooms have a private bathroom, TV with cable channels, minibar and an in-room safe. What it lacks in avant-garde flair Hotel Kurrajong makes up for in space for events (it can cater for 12 to 200 people) and relaxed atmosphere. Boardroom and meeting facilities are also available and include LCD TVs.