Men around the world with average waistlines, it’s time to rejoice. Games of Thrones’ goddess and arguable the sexiest woman alive, Emilia Clarke, has revealed in a recent interview with People magazine that her ideal man would have a ‘dad bod’.

Yes, that’s right. It’s not the perfectly chiselled washboard abs of Zac Efron that’s doing it for the natural beauty, it’s men on the more ‘cuddlier’ side of things. “I want someone who is super smart, can make me laugh, has like a dad bod,” she told People. “I don’t need no six-pack. Like, I ain’t kicking it out of bed for sure, but every character I’ve been with has been too perfect.”

If you’re a bit of a class clown or part time book worm you’ll be ticking Clarke’s boxes as well. “Genuinely my ideal man is someone who, I know every woman says this but I mean this from the bottom of my heart, someone whose brain is as big as their funny bone.”

Despite admitting she has no real-life suitors, Clarke did mention a certain Oscar winner as her celebrity crush. “If Leonardo DiCaprio decides to stop dating supermodels!”

Come to think of it…DiCaprio has been rocking a dad bod as of late. 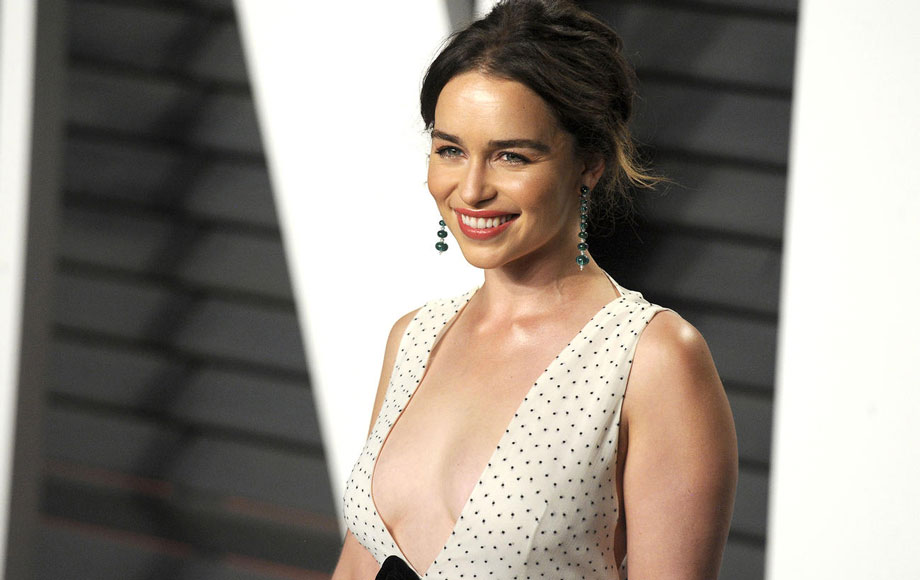