In any other commercial airline this may seem like an odd combination, but for Emirates this move makes perfect sense for making waves in the future of first class travel.

Over the weekend Emirates unveiled their latest first class suites for the Boeing 777 and Airbus A380 aircraft with a luxurious fit out designed in collaboration with Mercedes-Benz alongside their new ambassador and the automotive world’s biggest mouth, Jeremy Clarkson.

According to Emirates President Tim Clark, the new top tier cabins cost millions to bring to fruition. This all culminates in a space featuring hard-wood floors, extensive mood lighting options and “windows” for the centre cabin suite created by capturing vision from outside of the plane before beaming it back into the faux windows.

At the Dubai Air Show where the first class suites were unveiled, Clark told Traveller that, “There is a view that many carriers are pursuing a response to the demise of first class by coming up with some better business class product.”

“I have to tell you that demand for first class on Emirates remains very strong.”

Whilst the cabin design draws inspiration from Mercedes’ luxury car interiors, the partnership will also extend beyond the flight path with Emirates confirming the use of the German carmaker’s vehicles on all of its future premium chauffeur services. Where Top Gear defect and controversial media personality Jeremy Clarkson fits into all of this is via an ambassadorial which sees the Brit spruiking all of the latest creature comforts of the Emirates suites in a tuxedo.

The re-designed first class suites were initially designated for the Boeing 777 aircraft but the flyer has since extended its aesthetic reach into its entire fleet which will include all 140 of their Airbus A380 planes. The current Airbus A380s feature 14 first class suites but this will be cut back to 11 once the latest roomier designs make their way into the fleet. It’s also a move that takes the competition directly to Singapore Airlines’ recently unveiled first class suites.

The latest Emirates first class suites will begin on the Brussells and Geneva routes with Chicago and Perth expected to follow later on. 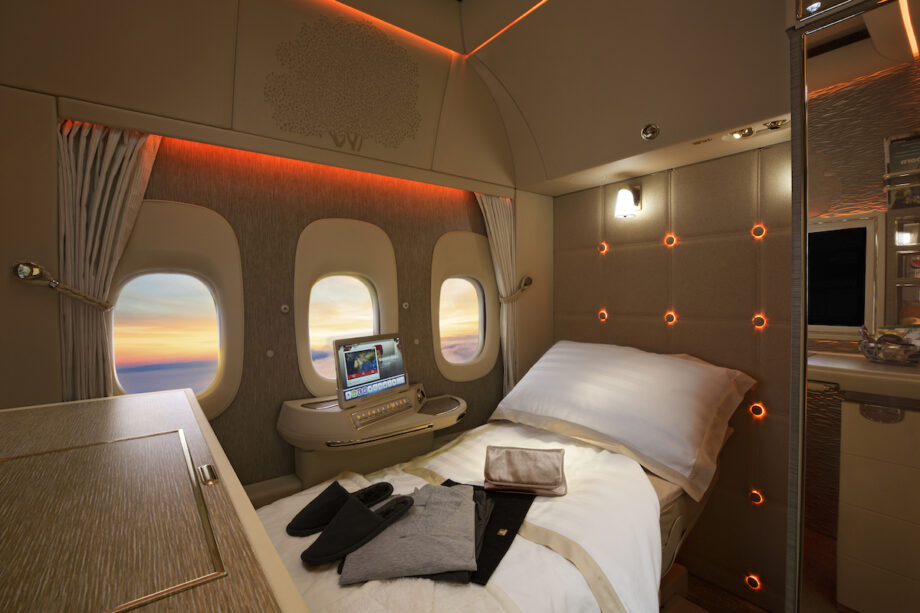 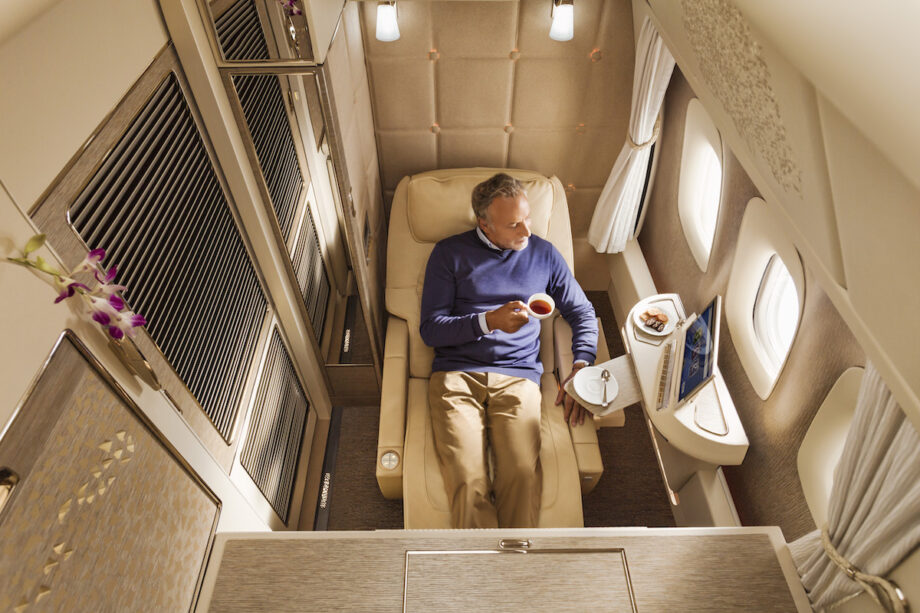 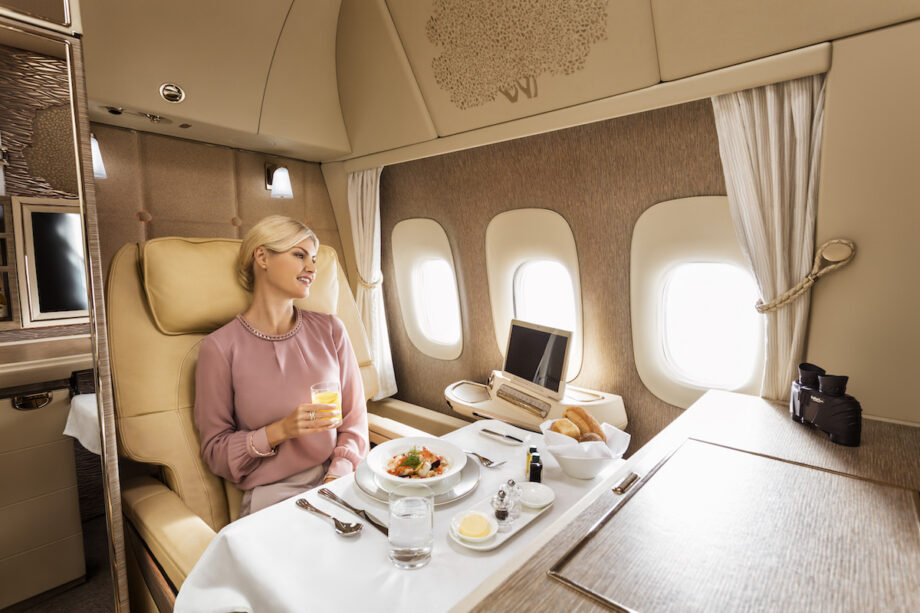 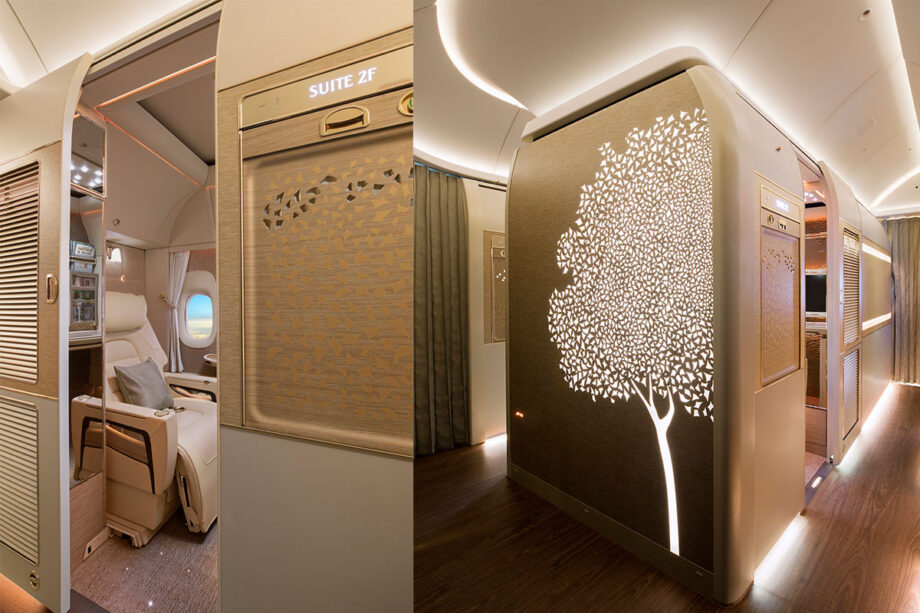