This feature has been produced in partnership with Everdure by Heston Blumenthal.

There’s nothing more evocative of an Australian summer than a barbeque dinner. Whether you’re grilling meat, seafood, vegetables or cheeses (the sound of haloumi squeaking as it cooks is one of life’s great pleasures), the smell and taste of barbeque is unparalleled.

One of the great debates in the barbecue world is gas vs charcoal. While charcoal is widely acknowledged as tasting superior, gas has long been touted as the easier choice.

Until now, that is. Australian brand Everdure has partnered with world-famous chef and culinary pioneer Heston Blumenthal to create the 4K Charcoal BBQ: a seriously stylish and innovative piece of kit that makes charcoal cooking a breeze.

One of the big plus-sides to cooking with charcoal is that it produces far more heat than any other type of barbequing. That used to come with a big downside, however: it’s dirty and hard to control. Not so with the 4K. Not only does it require a surprisingly small amount of wood to get going, but thanks to its unique airflow technology and easy-to-use touchscreen LED panel, it’s almost impossible to stuff up. 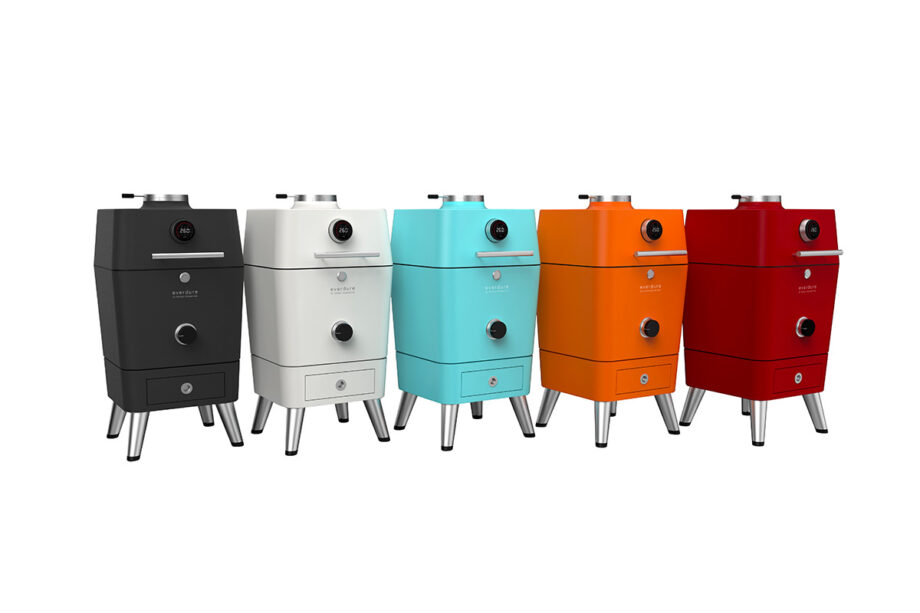 You don’t even need matches, lighter fluid or fire starters: just one button does the job for you. Plus, it has a cool-to-the-touch exterior and auto-locking hood, making it safe as houses.

Another innovation the 4K brings to the table is connectivity. You can connect your Android or iOS phone to the BBQ via Bluetooth so you can wirelessly monitor your grill’s temperature, and you can even set temperature alerts – making burnt bangers a thing of the past.

The other big thing the 4K has going for it is that it simply looks spectacular. When you think ‘charcoal barbeque’, you’re probably thinking of something a caveman would cook with. But the 4K’s slim form factor and minimalist, attractive design means it’s just as hot inside as out.

DMARGE teamed up with Anthony Puharich, fifth-generation butcher and co-owner of Victor Churchill – maybe the best butcher’s shop in the world – to show just how easy cooking with charcoal is with Everdure’s magnificent 4K BBQ.

You’re excused for drooling, by the way.

Check out the 4K – as well as Everdure’s entire range of capable BBQs – at everdurebyheston.com.au.