Famed for their vintage reds, three-star Michelin restaurants, and complete disregard for common courtesy, the French have more than one way to leave an impression. And it’s not just their chefs and sommeliers that drive our desire for all things Français, their men’s fashion houses are more than capable of tickling our taste buds too. This is why French clothing is one to watch.

French fashion in general is for those with an eye for traditional design. It’s full of classy, stylish, understated pieces and shies away from bold stand out colours. Even the major players like Saint Laurent, Dior or Husbands never get too flashy, although things are slowly starting to change.

Whereas in the past the old heads have dominated the market in France, there are signs of a changing of the guard with brands like Jacquemus and Officine Generale coming to the fore – suggesting French clothing brands are starting to look outside their own borders for inspiration – meaning exciting times ahead!

If you don’t already own a few Parisian-style numbers in your wardrobe, or you’re new to the world of haute couture and some of the most well-established labels in menswear, then you’re in the right place. French fashion remains a celebrated gem for men of all ages, and it’s for this reason we have decided to share with you our favourite French brands – to add a bit of chic to ya week!

Are berets still in style?

A beret is a flat-crowned hat traditionally worn by the French as part of their military uniform in the 19th century. Thanks to high-fashion establishments like Prada and Louis Vuitton, it has become popular again, though admittedly, not many can pull it off.

How to wear a moto jacket?

With moto or biker jackets, go for a neat and relaxed look. Combine it with ripped jeans and canvas sneakers, or black chinos and suede Chelsea boots.

What is the difference between a satchel and a messenger bag?

They are worn differently. A messenger bag is designed to be worn against the lower back, with a cross-body strap that is shorter than a satchel’s. Satchels can be worn diagonally across the body or on the shoulder riding on the hip. 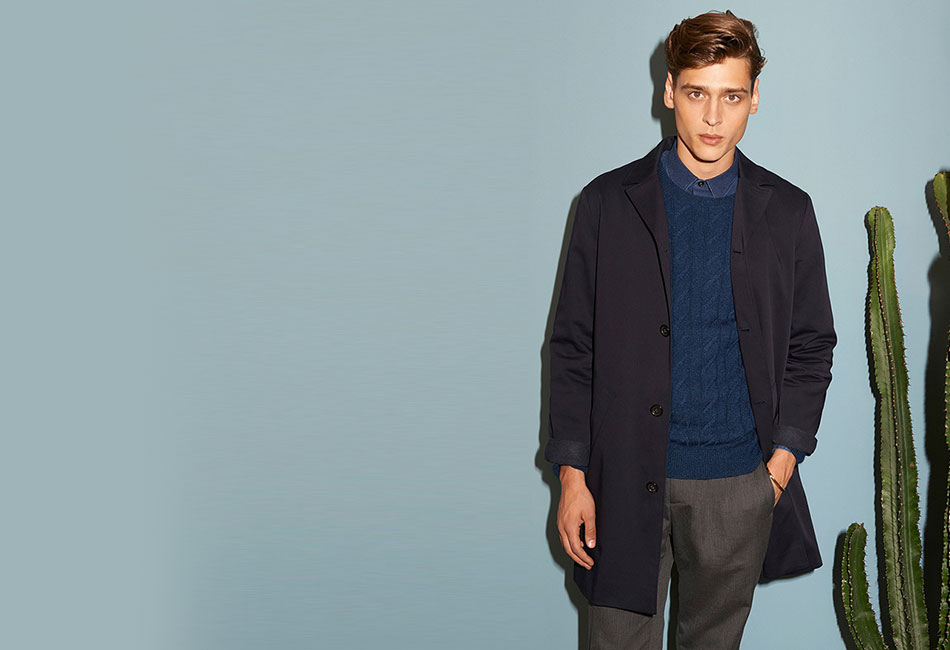 Atelier, Production, Creation is literally what APC stands for. They are all about the making and design process, and how sharing ideas can create beautiful things. Jean Touitou started the brand in 1987 as a way to expose his elegant yet minimalist take on classic jeans, made from raw denim.

Now his collections have a lot more variety, and his shirts and suits draw particular attention. But whatever APC turn their hand to, whether it’s something for the office or something for the street, their logo is a statement of quality. APC is always our 'go-to' when it comes to French brands.
Shop Now

It’s a testament to the creative drive and vision of Mr Yves Saint Laurent that he started his eponymous label at the tender age of 25. He was making dresses for his mother and sisters in his early teens, and at 17 was accepted into one of the most celebrated fashion schools in Paris.

These days you can drop the Yves, as the brand is simply known as Saint Laurent, thanks to a rebranding from former creative director Hedi Slimane. However you choose to refer to it, the French brand still makes truly outstanding garments and still stands at the forefront of luxury French couture.
Shop Now 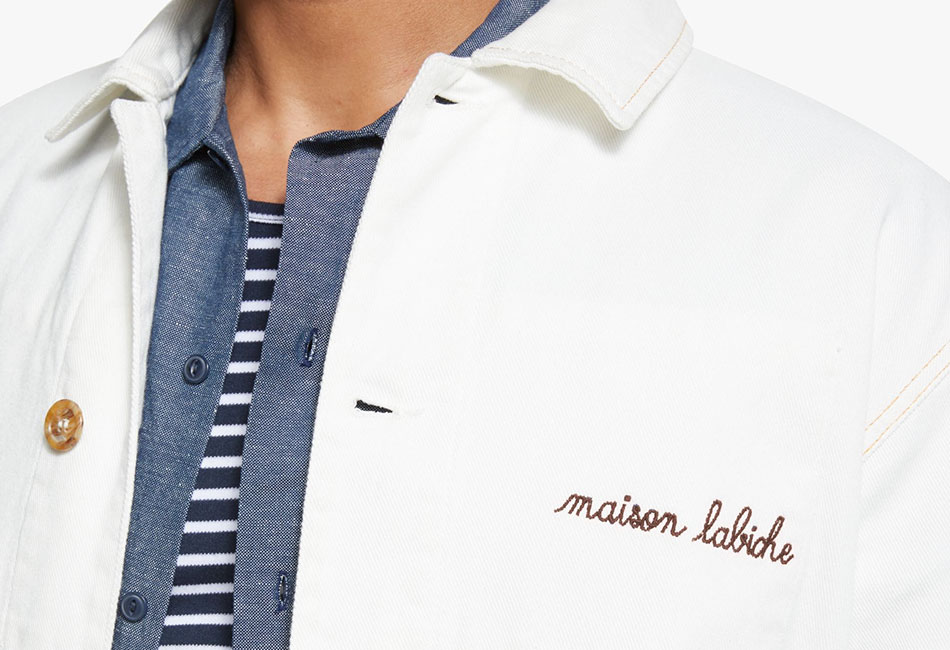 Maison Labiche started out like a lot of wannabe brands by throwing some playful designs on a few t-shirts and hoping for the best. That was back in 2011. The Paris based brand is a little more adventurous with its collections but that signature playful edge remains, with hand-embroidered messages featured on all of their garments.

They now mix it with the big names in luxury stores such as Harrods and Liberty in London and even did a collab with Mr Porter back in 2018. This is one of the coolest brands, so you definitely want to add it to your wardrobe.
Shop Now 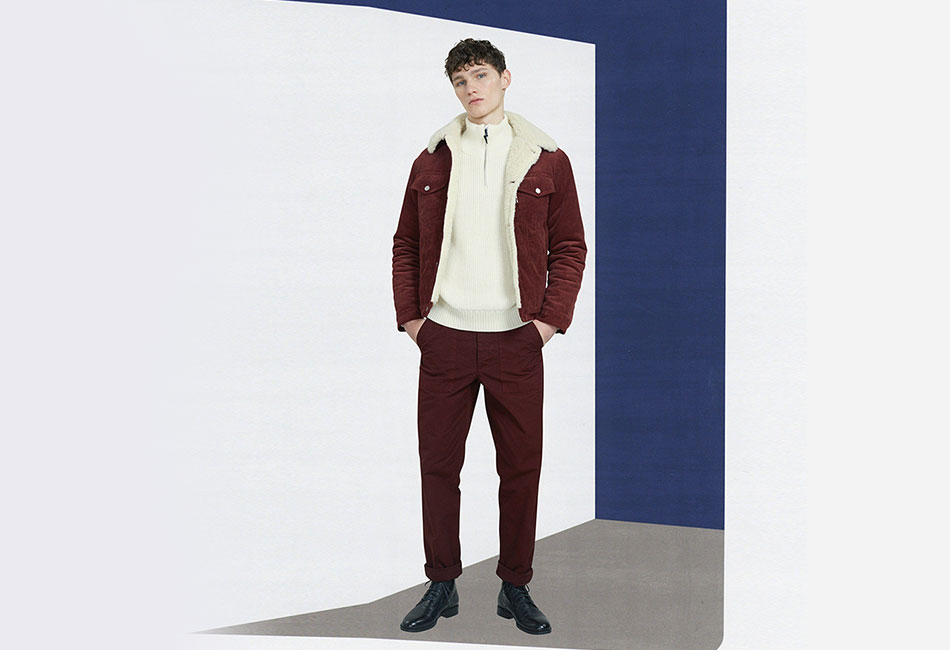 Wander around any major city in France and that chic elegant, luxury and upper-class snobbery is at times over-familiar. But look a little deeper and there is an altogether more flamboyant scene - one from the bloodline of liberal avant-gardism - creatives who just enjoy being a little different. This is where Maison Kitsuné comes to the table. Their collections are quite simply cool, and the fact that they have their own Café/Bar at the Louvre, and highly successful record label just reinforces the fact.
Shop Now 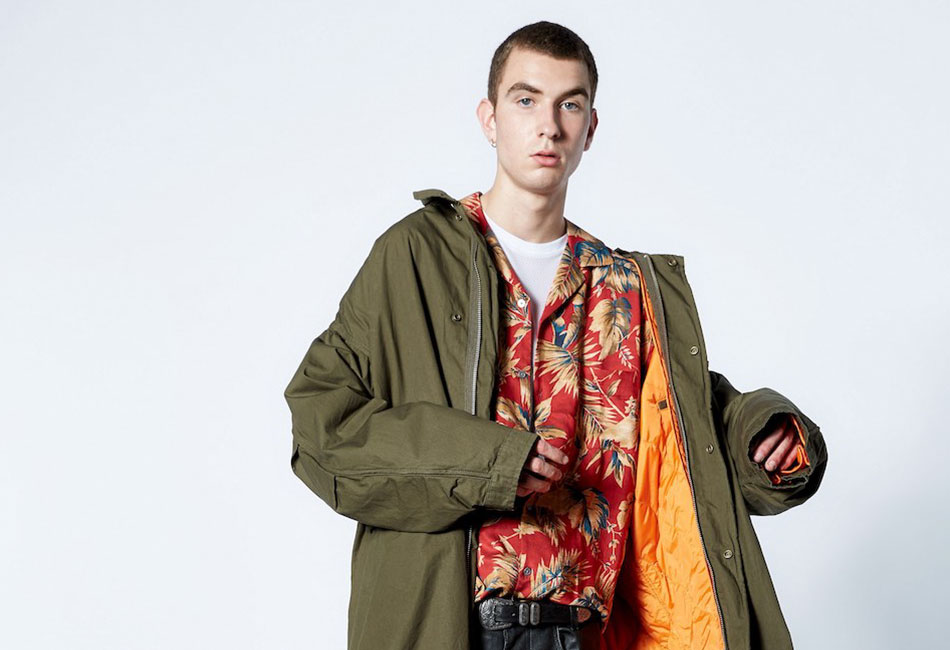 Kooples is a play on the word “couples”. The concept was very clear when the chain of retail stores hit our high streets back in 2008, The Kooples was to be a store for him and her. But don’t let that gimmick get in the way of what they produce, which is a wide range of outstanding French clothes that work within a modern casual ensemble. Their jackets in particular are sleek and stylish and unquestionably Français.
Shop Now 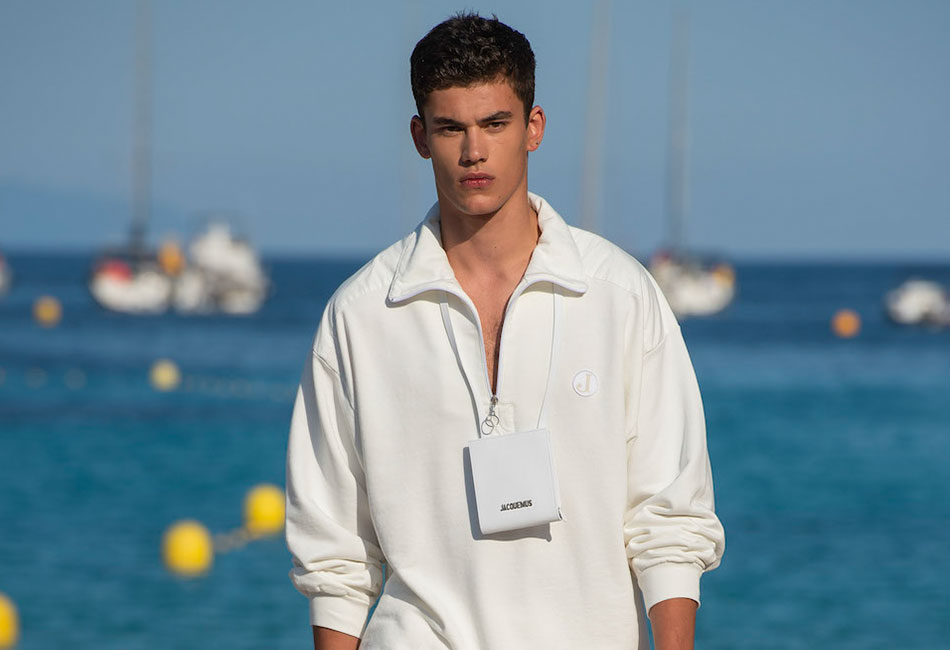 LVMH (aka Louis Vuitton and Moet Hennesey) know a thing or two about staying ahead of the pack creatively, and their annual LVMH Prize goes to designers who they think are capable of following in their footsteps. So it’s probably safe to say Simon Porte Jacquemus was rather chuffed when he won the award in 2015. He has since started his own self titled label, launched in 2018, mainly dealing in shirts inspired by the colours of Provence and the Mediterranean Sea, both of which sit next to his hometown of Marseille.
Shop Now 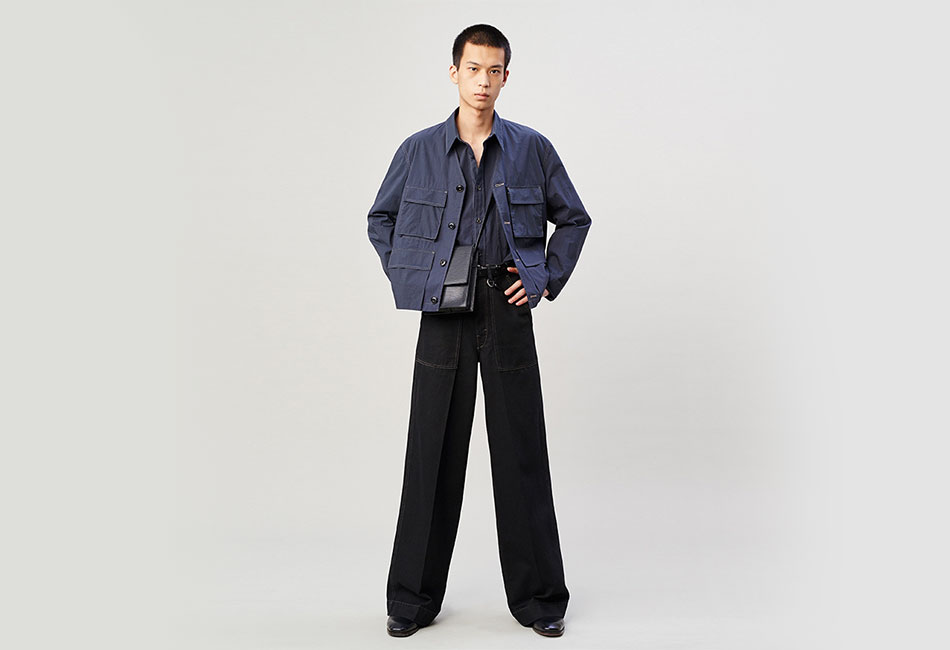 The creations that come from Lemaire are often a nostalgic look at one of France’s most creative periods, the 50s and 60s when the city was the world’s cultural centre - pulling in creatives from all over the world - much like Berlin now. Their jackets are a picture of understated luxury - loosely tailored and highly sought-after - and will be an inspired addition to any wardrobe.
Shop Now 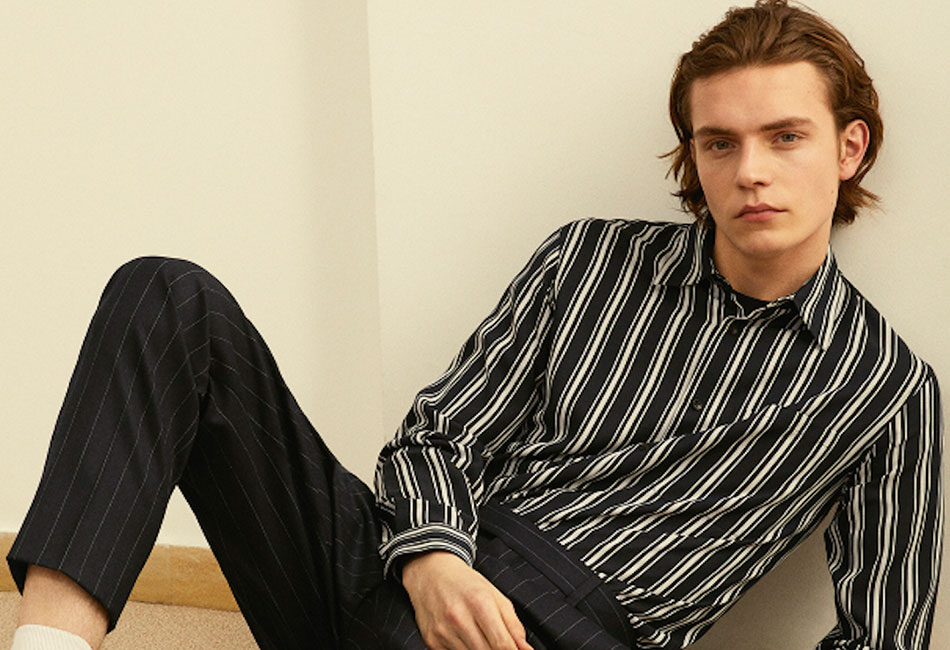 Sandro started as a small shop in the luxury Parisian sector of Marais in 1984. Although more closely associated with women's fashion, the brand has recently moved into menswear, and created classic looking pieces with more daring cuts for a modern silhouette. Their shirt designs certainly stand out within their collections, which are exquisitely tailored with vintage 60s prints.
Shop Now 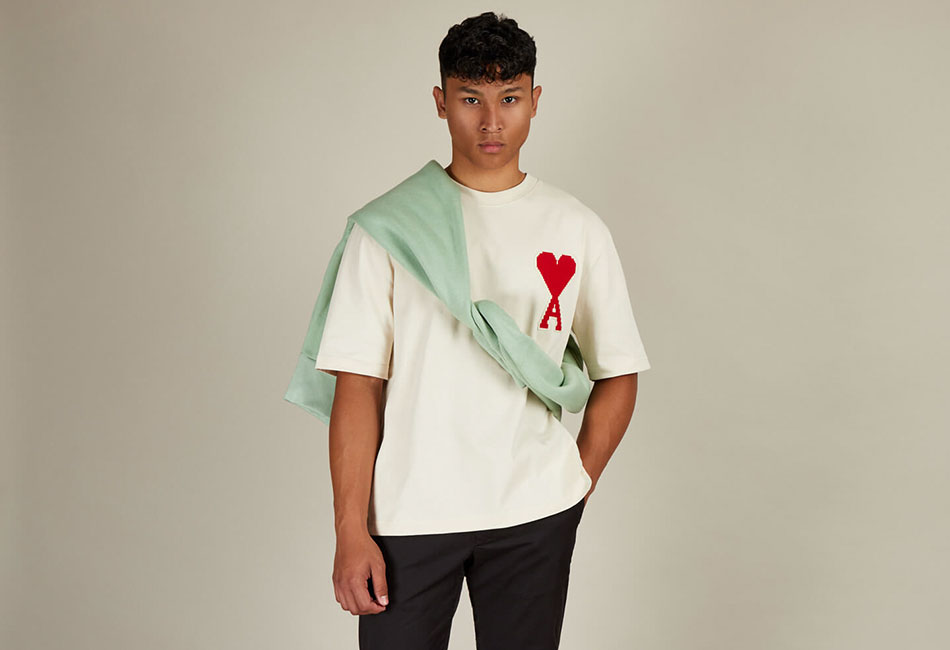 Ami means friend in French and is also an abbreviation of designer Alexandre Mattiussi. Coincidence? Certainly not. Mr Mattiussi loves to blur lines, whether it's the ground between chic and casual or the relationship between designer and consumer. His creations are bold yet simple.
Shop Now 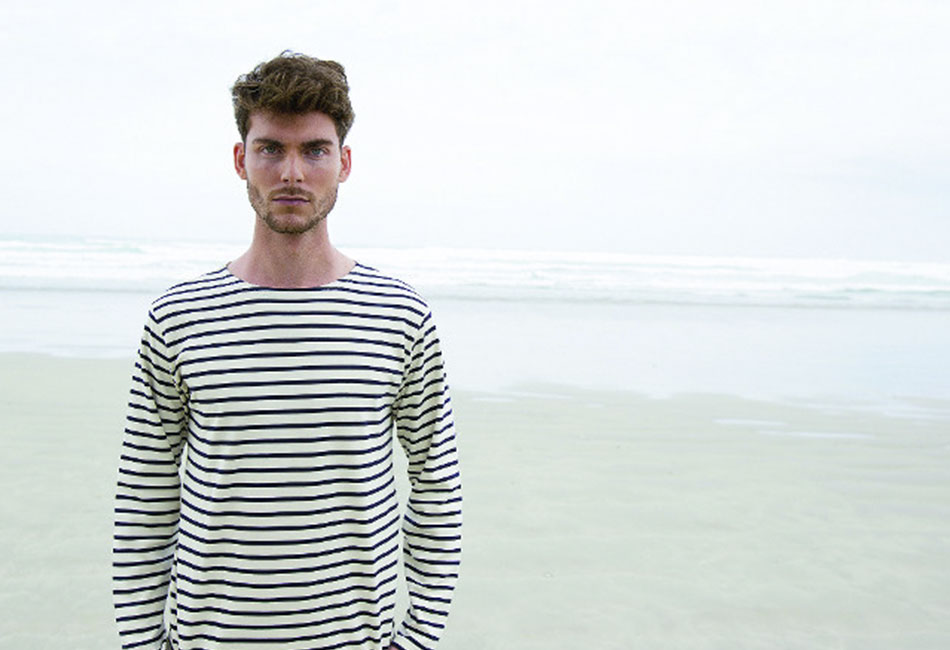 Although initially starting life in Switzerland, Armour Lux was snapped up by the French in 1993. The brand is all about fair trade, sustainable materials and promoting the values of France. They have a huge range of very well produced garments, from jeans and tees to jackets and jeans, but it’s their striped fishing shirts jumpers that they are renowned for, a picture of French heritage if ever there was one!
Shop Now 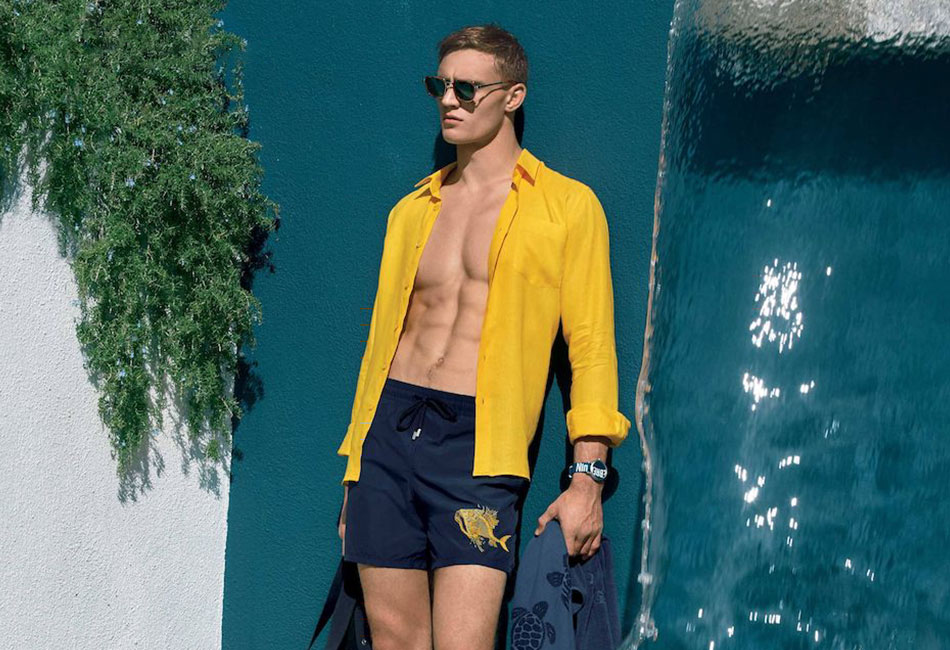 Saint Tropez and the French Riviera is often what we sit back and dream about when we think of summer in Europe, a place where Vilbrequin was founded in the 1970s. They’re renowned worldwide for their colourful swimming trunk designs inspired by French Polynesia, in particular the island of Moorea. Vilebrequin designs are colorful, exotic, and certainly used as a blueprint for a lot of modern day shorts manufacturers.
Shop Now 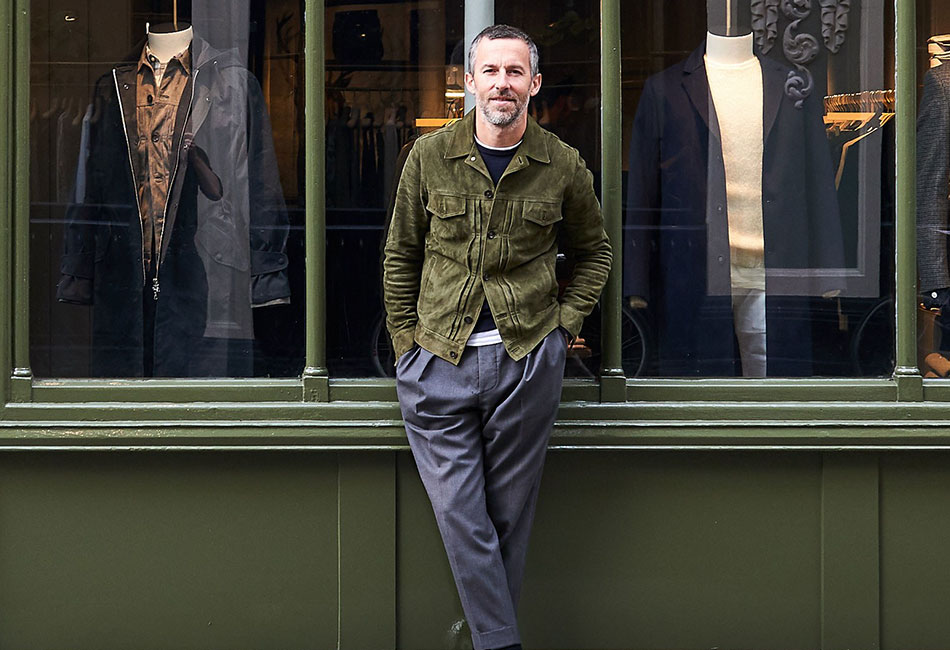 Pierre Mahéo had a great introduction to the fashion world, cutting his teeth with some of the globes’ most recognised labels. But what he saw from the inside was a dirty business, over-dependent on a Chinese system that sold off its population like animals, so he started Officine Generale so that he could do things on his terms. The brand has become something of a cult since starting in 2012, thanks to its unique designs that mix high fashion ideas with classic French utility workwear.
Shop Now 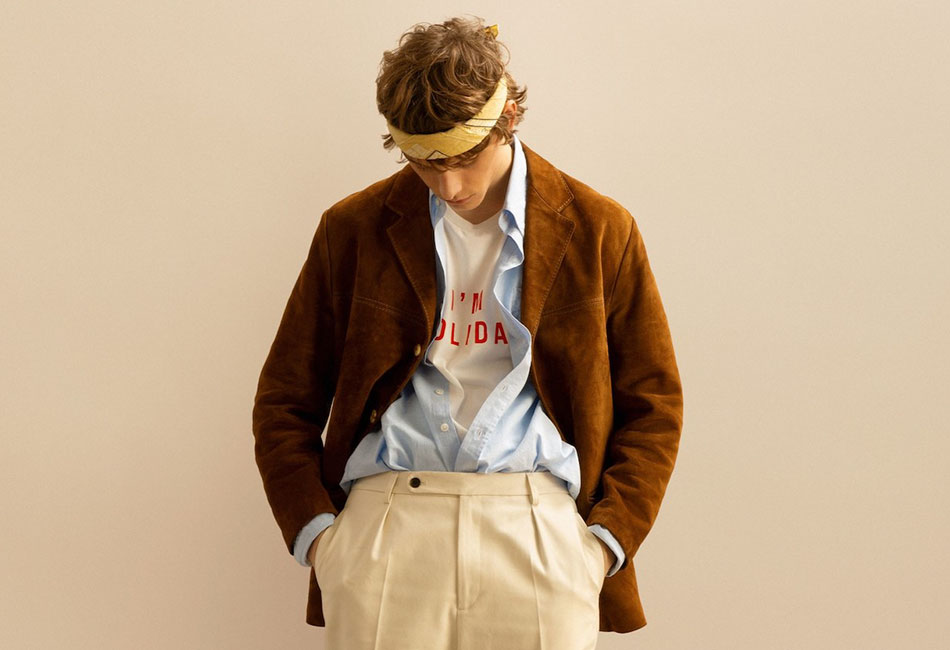 The French do love a concept. When a gang of Parisian creatives came across an old U.S travel magazine called Holiday Boileau, so striking were the images and fashion pieces,that they decided to build a brand based on it. The end results are a range of fantastic collections inspired by pure Americana, with vintage print tees, bell bottoms and denim jackets for that Dazed and Confused summer look.
Shop Now 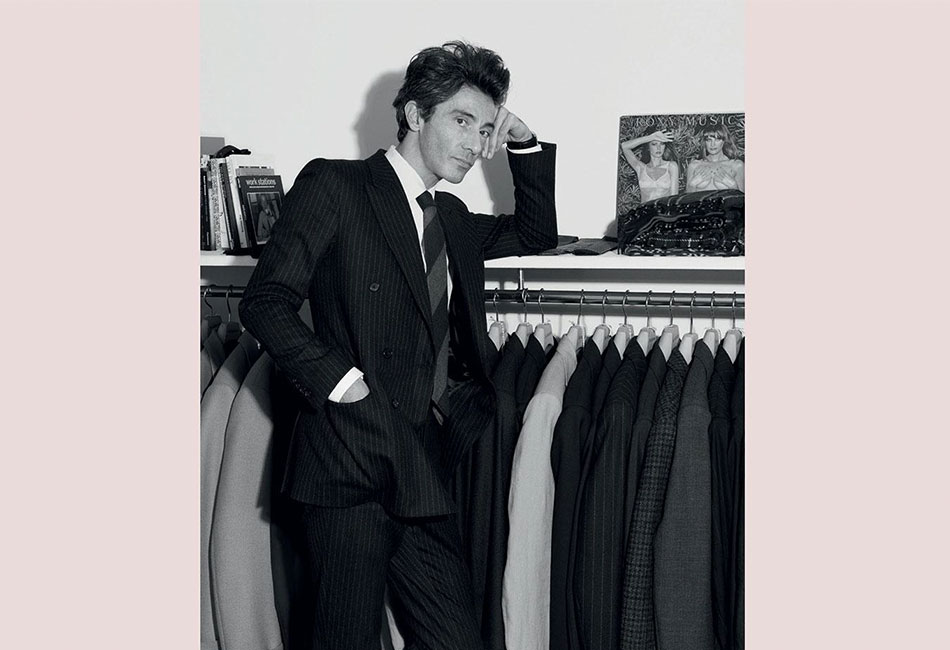 Nicolas Gabard, the founder of French traditional tailoring brand Husbands, finds Parisians boring. He says they all look the same. Smart casual, after smart casual with the odd pair of white sneakers. This is why he started Husbands, named after his favourite cult 70s film. He believes that nothing is more beautiful than your everyday suit and a good pair of Chelsea boots, and who are we to disagree? His creations are outstanding, inspired by a time when the suit wasn’t purely for the office.
Shop Now