When there’s a worldwide pandemic, it’s fair to expect people to stay indoors and avoid contact with anyone else until the problem has lifted. While that may be true for some countries, in Australia, we are still – legally – permitted to get out to keep fit and look our best.

It’s because of this desire to continually sculpt our abs and build our biceps that fitness studios such as F45 need to stay open, but adapt their ways of working to combat the virus. And that’s exactly what they’ve done, as I found out when I went to my local Bondi Beach studio.

For now, the Bondi Beach studio is open for business as usual, but studio manager Lucy Francis tells us “At present (in Australia) it is up to the individual studios as to whether they close their doors or not, it will only be compulsory if imposed by the government. If this situation prevails we will take our training outside an continue to keep our Bondi community fit and healthy.”

For now, I’ll still be attending classes, and from the moment I stepped in for my most recent, it was clear that Australians, or Bondi Beach residents at least, aren’t too worried about the global pandemic. I expected to see a drop in attendance, but no, there was still a good 30 people at my class. Fortunately, the studio must have expected this, as they have a number of hygiene measures in place – and I’ll be honest, I was surprised by how serious they’re taking the issue.

Lucy adds, “Each F45 studio is reacting differently, we’ve decided to do everything we can in order to stay open which means adopting the strictest hygiene policy possible and trying to preempt what the next regulations from WHO might be and implement them ahead of time.”

“We have ordered a hand wash station, due to be delivered on Monday so that people can fully sanitise before they even enter the gym. Furthermore, we are in the process of instating outdoor classes so as to avoid training in a contained environment and handling lots of equipment. “

My F45 studio – and all F45 studios at that – is putting a strong emphasis on cleaning the equipment being used. They provide all gym-goers with a bottle of hospital strength sanitiser at each station or piece of equipment, which we have to use to wipe down whatever it is we use, in between each set of exercise.

The extra cleaning measures have, however, brought in a slight change in the structure of classes. For the class I attended, I had to complete three sets of an exercise at the same station, before wiping it down and moving on. Usually, I would rotate through the various stations one set at a time, but the studio is trying to minimise the amount of shared contact between stations instead. 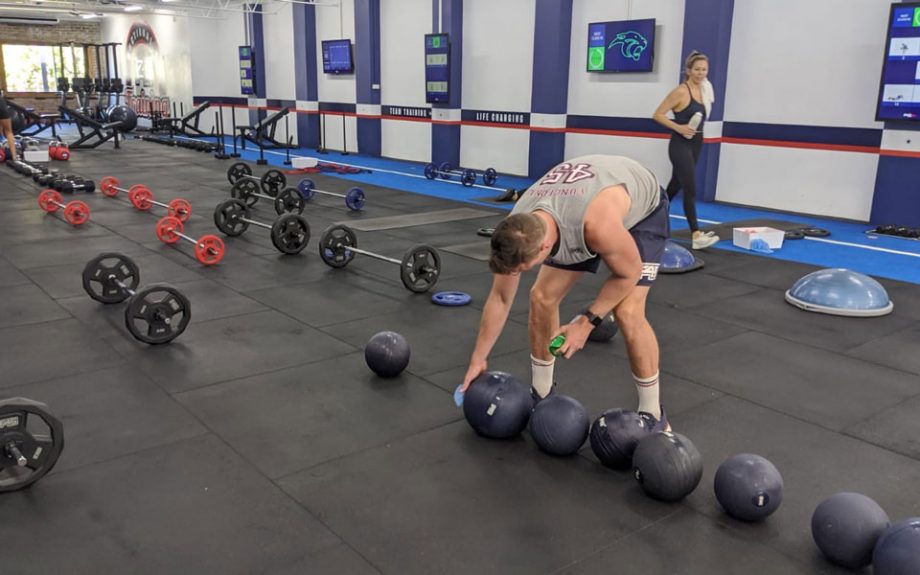 We were also gifted longer breaks in between sets of around 50 seconds. But while this could be seen as a good thing to help recovery in between sets, it actually in some ways slows down the pace of the class (and one of the reasons I signed up for F45 in the first place). I can obviously understand why the extra time is needed to properly clean stations and equipment, but I left the class not really feeling like I got a proper sweat on.

Once a class has finished, the F45 team go around once again with the cleaner to give the whole place another going over, to make sure it’s sparkly clean for the next class. It’s also because of this second coat of cleaner that there are now also longer breaks in between classes. This may have an effect on some members who can only make certain classes, but again, it’s understandable.

However, Lucy tells us “the overwhelming majority of our client base is still keen to keep their fitness up! There has of course been a slight drop off as the uncertainty of our current situation is understandably alarming.”

“That said our clients are pretty clued up and know that a consistent exercise regime, healthy nutritional choices and good amounts of rest are the foundations of a solid immune system.” 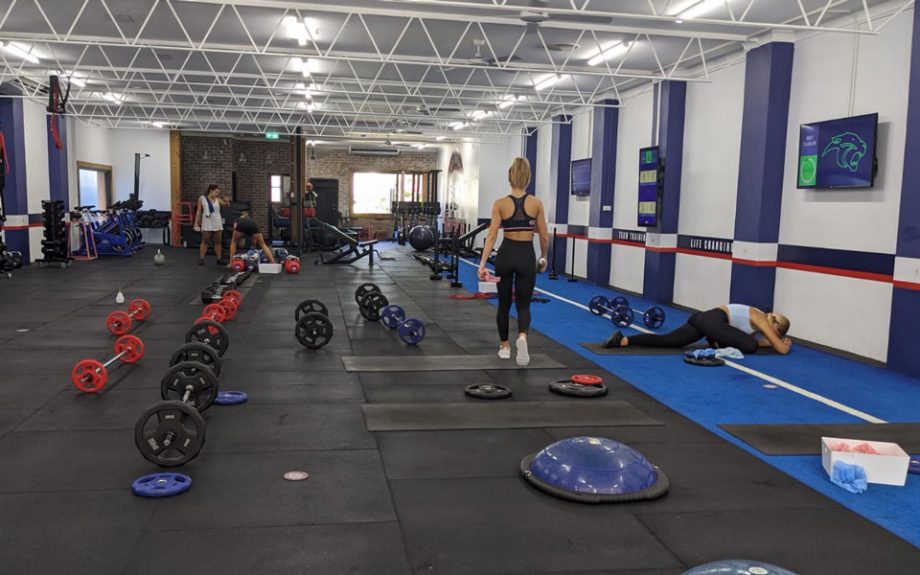 Oh, and where we would usually all high five each other when a class has finished for a job well done, that’s now strictly prohibited. The screens around the studio display messages to remind you not to touch your fellow F45 brethren, but you can instead do the “Wuhan-shake”, where you shake feet with someone else, instead of using your hands.

I have to commend F45 on their response to the Covid-19 outbreak. Where some gyms are shutting completely to avoid the risk of spreading the disease, F45 has instead implemented a rigorous cleaning regime to ensure its members are safe but can still get their fitness fix.
249717
load more