Take on the new with something a little old.

We’ve all had to put up with our fair share of “when I was a boy” stories from a nostalgic grandfather or two. Happy to entertain pop’s relishing of days gone by, the familial raconteur does have a point when it comes to how men of his day approached their personal style. As a generation, they set the bar high for getting dressed in the morning.

Even the men’s fashion staples we take granted today were largely pioneered by today’s old-timers – from the flapper Twenties era to the ferocious Fifties. And for that, we ought to revisit some of the must-have – and more unlikely – fashion items, gifted to us by our style forefathers.

Some of them you may already be wearing, but others are not so obvious – until now. Here’s how to use the menswear pieces of yesteryear to enhance your wardrobe of today. 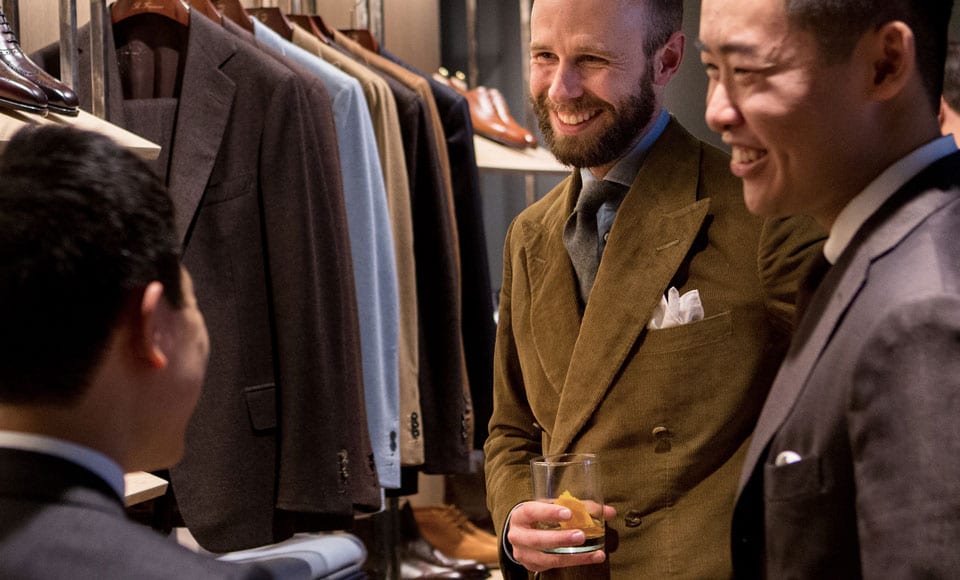 Known as velvet’s poindexter bro, corduroy has often been shoved into the stuffy-professor-box. However, cord’s vertically ridged lines are a sure point of difference in a fashion world obsessed with minimalist aesthetes, providing texture to drab black trousers or white button-up shirts. Cord’s rifts even act as a great cool weather insulator, perfect for winter.

Opt for coloured corduroy in sombre shades such as burgundy, mustard and bottle green – avoiding the traditional muddy hues – which keep it looking dated-Woody Allen. Tailored jogger pants or bomber jackets in the new season are ways to incorporate cord into the wardrobe, ensuring that the fit is modern and streamline so the old-school fabric looks contemporary – nothing saggy or like a beat poet (as cool as they were back then). 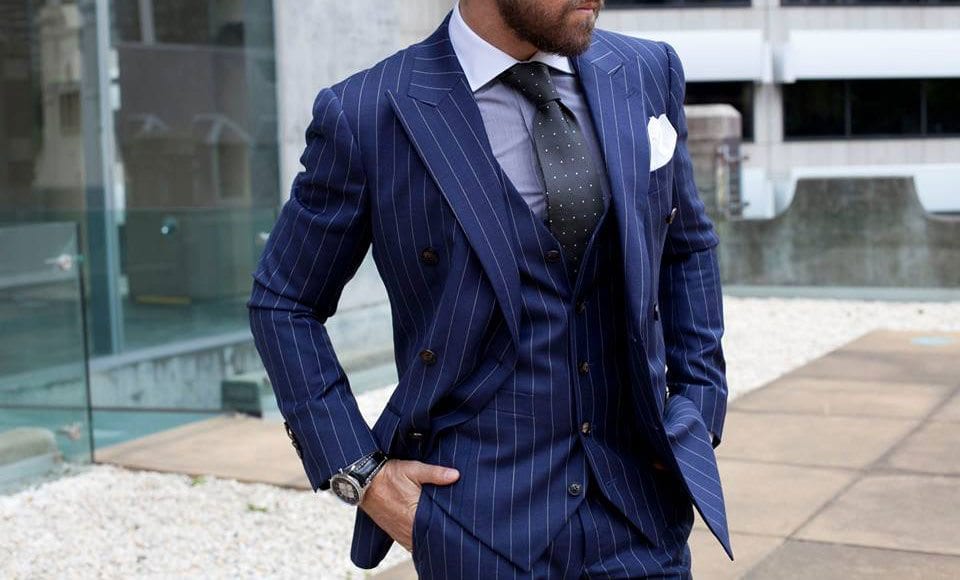 The chalk stripe looks dashing over a double-breast suit, lifting the style game of a black mohair or flannel grey two-piece. When going chalk, keep the rest of the outfit – shirting, tie and pocket square comparatively understated. And if you go for a striped patterned accessory make sure the print is on par with the chalk stripe, adhering to the rules of colour matching and varying the thickness of the stripes to provide clear definition between pieces. Then add some grandpa-envied leather shoes. For the type, read on. 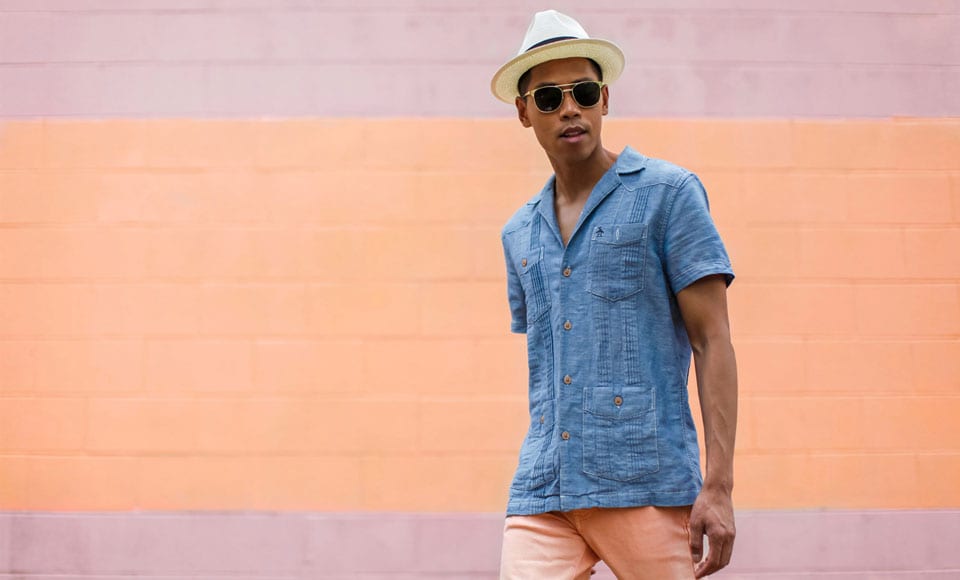 The camp collar shirt is also affably known as the Cuban shirt and it’s as old school as it gets. With inspiration derived from Elvis’ hey day and American bowling teams, the camp collar shirt would soon reach tacky status before being reinvented for the modern men’s wardrobe. These days it’s more wearable thanks to a rethink of fit, textures, patterns and colours. Come summer time and it’s camp collar shirt time for that authentic Americana look. Pair it with denim or a nice pair of cuffed chinos and you’re onto a winning look that pops would be proud of.

Neckerchief With A Suit 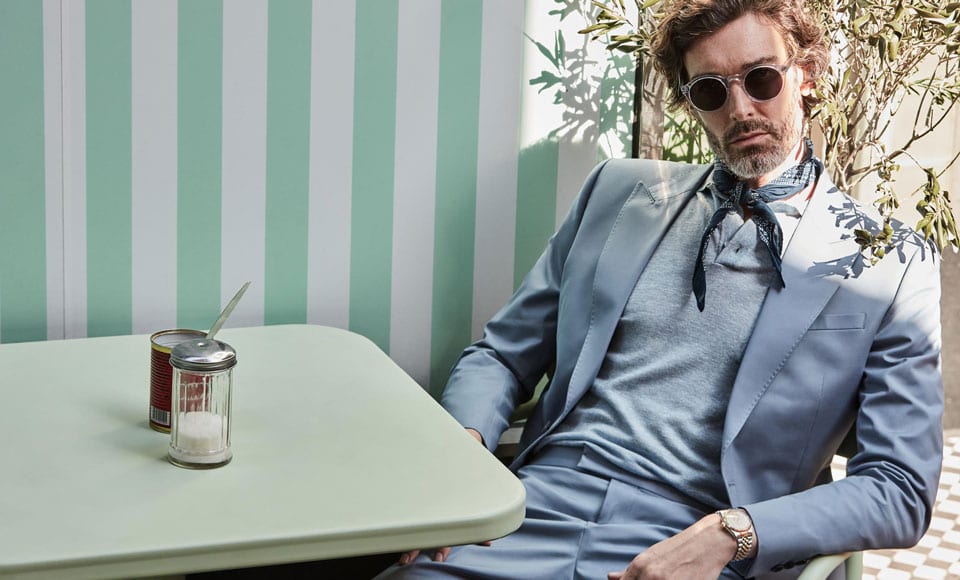 While the traditional tie has been shunned of late – no longer accompanying the clean white shirt done up to the neck under a suit jacket – the neckerchief is returning this season as a great way to add some la-di-da to your smart casual wear. Also known as a cravat, bandana or scarf, the lightweight cloth is common in silk/cotton for breathability and warmth.

Then – like most accessories – pick your style. Printed or block colour, the fanciful neckerchief (rooted in Oscar Wilde’s day) is designed to be grandiose, ensuring the remaining parts of your outfit – blazer, shirt and chino shorts  – are neutral in colour or print.

Not just for tailoring, the neckerchief sits well over a smart sweater or basic t-shirt – making sure the neckerchief is tied correctly (think effortless), even if you spent the better part of the morning perfecting it. Shhh.

Pocket Watch With A Suit 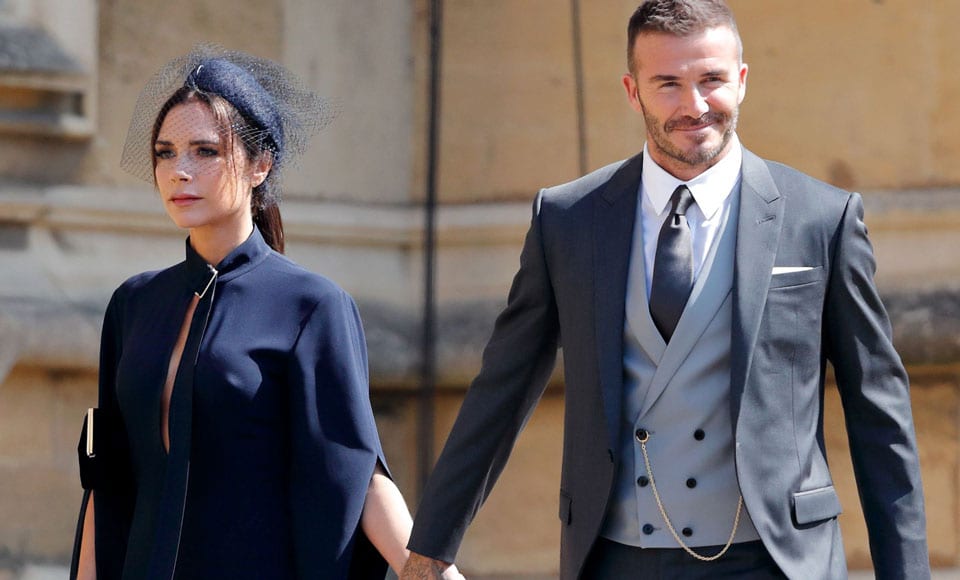 The original timepiece for men, pocket watches first went out of fashion after highly miniaturised wrist watches became famous at the time of World War I. A riff on the aristocratic, the antique watch face and metal chain adds some class to a dapper suit or blazer-chino combination.

But the three-piece suit – featuring the waistcoat – is what makes the pocket watch tick; worn attached to a single Albert style chain is brassy gold or silver.

For the less formal guy, a pocket watch can be attached to chinos or jeans with a leather fob – used like a pocket watch chain by attaching the buckle end of the fob to the bow of the watch. Mix it up for work and play. 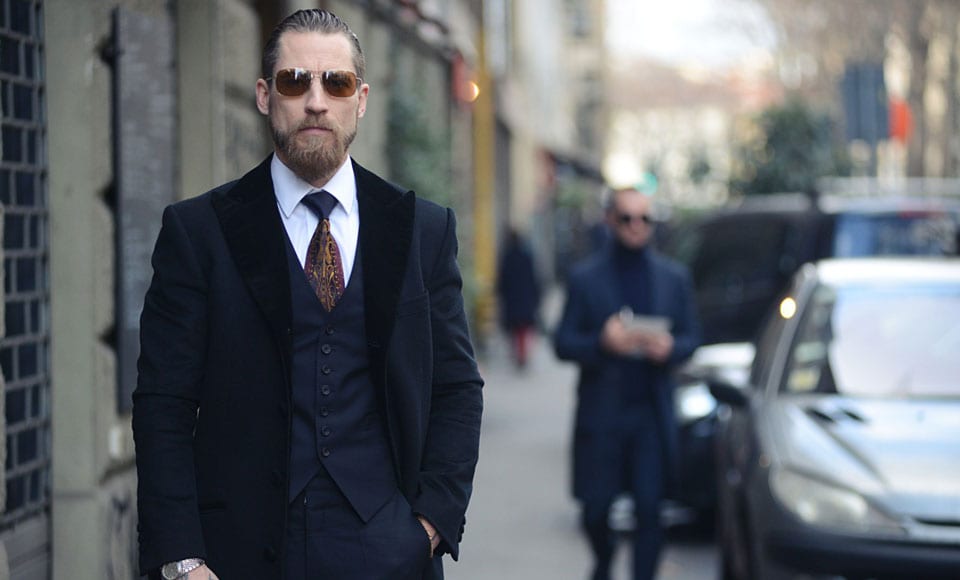 The chesterfield – like the luxury leather lounge bearing the same name – is one of the most famous gentleman’s style pieces (again) today. Rumour has it the 6th Earl of Chesterfield invented this coat in the mid 19th century.

And the regal topcoat is a surefire way to make a powerful winter coat statement: single breasted or double cut, sturdy woollen fabric and in different patterns. However, the classic version is typically heavy, plain, black or charcoal fabric.

In modern times the Chesterfield matches the sophistication of a suit to work or cool evening out. But, try wearing it over tee, cropped wide-legged trousers or jogger pants and sneakers for a much cooler-than-your-granddad outfit that is smart casual and street chic. 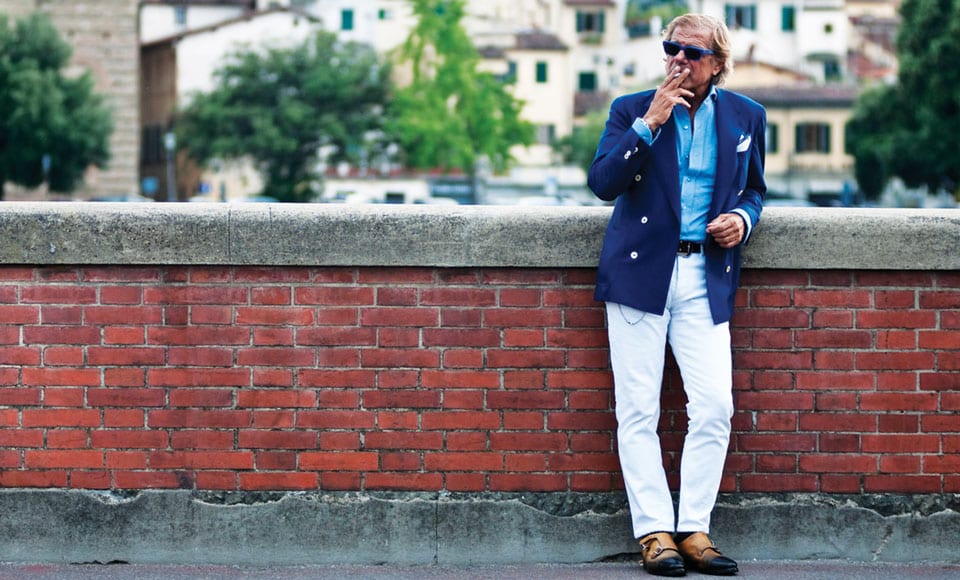 Dressing like a grandpa  – that is, riffing on the old school style of our forefathers – is a stylish way to mix some tradition into your outfit. Avoid pairing all of the above items together into one outfit, however – for fear of looking like you’re going to a themed Forties party.

Instead, rock the antique pieces with modernised and even sporty pieces – tailored jogger pants and satiny bombers – for a peaceful blend of the old and new world. That’s the best kind of style existence.