We say Australian cars, but some were never made here but simply defined our culture. Besides the obligatory backyard barbecue, how else does a man celebrate this great sun-kissed land? With cars of course. 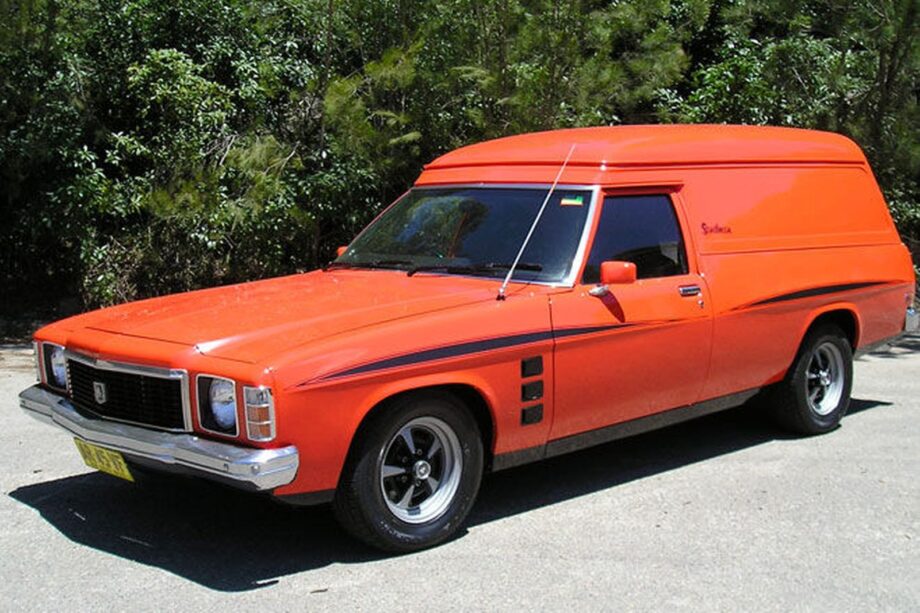 Who can dispute this iconic panel van which was intended for stacking surfboards but was instead used by people for other “leisurely” purposes – giggity. The Sandman is a true symbol of Aussie culture that went after the younger market of the day with its bold graphics, sports instrumentation, bucket seats and wheels sourced from the Monaro. The car quickly became a modifier’s dream as well with the hordes of psychedelic dudes customising the Sandman with inspiring paint jobs. Under the bonnet you could choose a 4.2 litre or 5.0 litre V8. 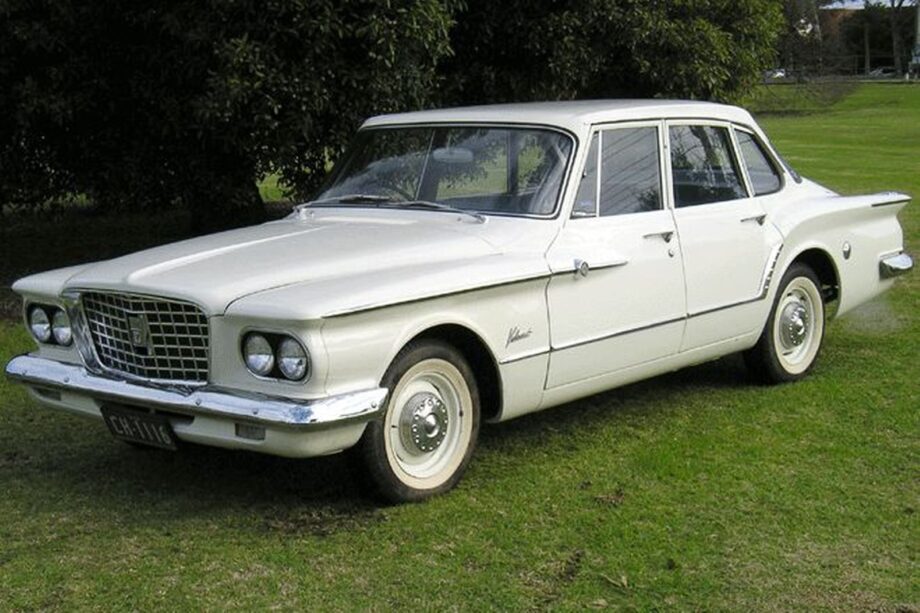 What’s with the American car you say? The Valiant made a huge impact on the Australian motoring scene during its debut from 1962. As well as oozing heaps of retro American style, the Chrysler was a genuine competitor to the EK Holden of the time, offering up more options and better performance at a similar price point. It was also highly compatible with Australia’s rugged driving conditions which in turn made it one of the most popular sedans for the average Joe. It is powered by a 225-cid slant six making 145bhp. 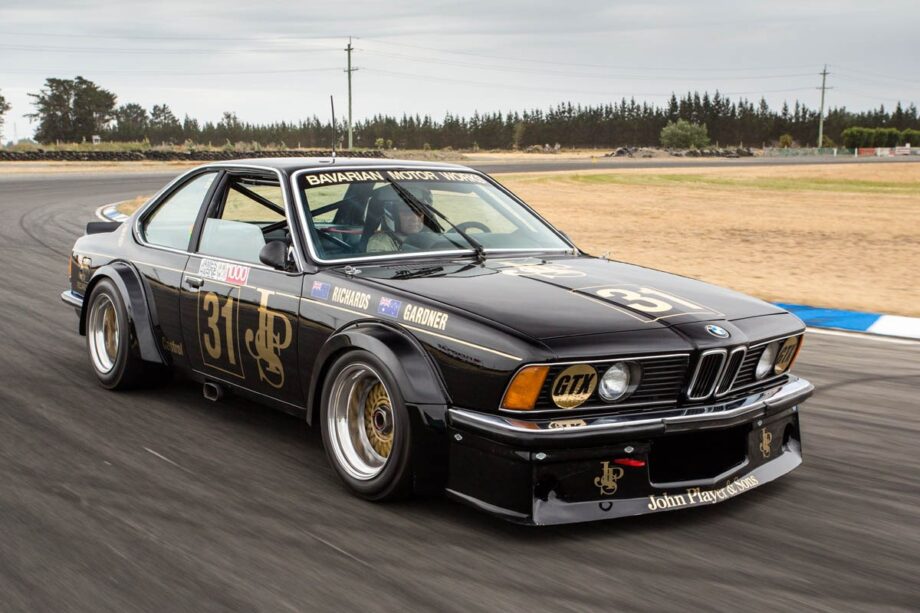 A German car as an Aussie icon? Now we’re just just trolling. But really, this particular BMW is one deserving of a spot. Adorned with the famed black and gold John Player Special livery, the 635 coupe was piloted by veteran race car driver Jim Richards in 1985 to victory. It absolutely dominated the Australian Touring Car Championship and Australian Endurance Championship that year but not before ruffling up some controversy along the way with allegations of cheating, German favouritism and team sabotage. Who doesn’t like a good biff? The 635 CSi was powered by a 3.5 litre 6 cylinder that made a reported 390hp. 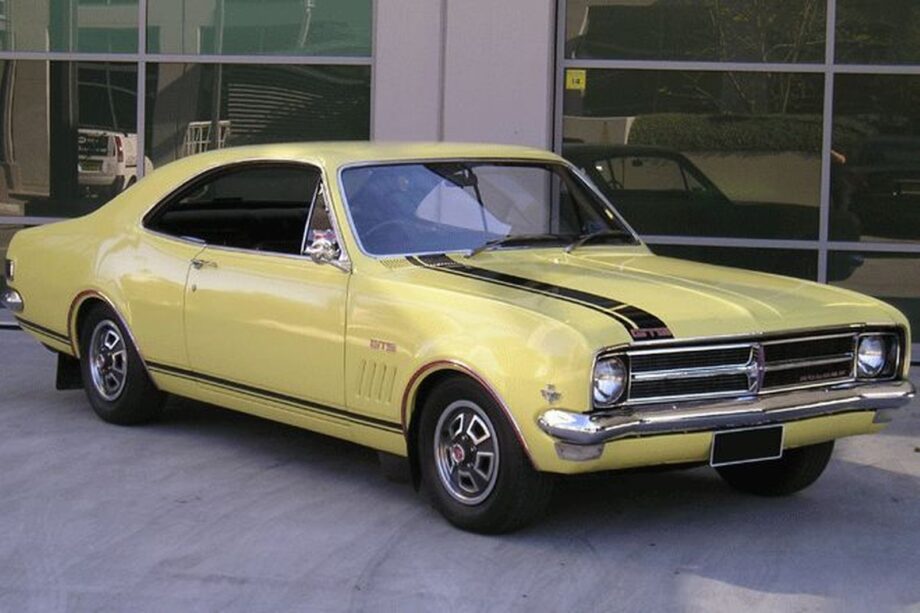 The Monaro moniker is a true Aussie icon in itself. Given that, there’d easily be a serious contention of variants over the vehicle’s lifetime to mull over. Our pick however is the GTS 327 Bathurst edition. This race prepped version of the hard-top Kingswood sedan uses the same small-block V8 found in the Corvette, a move that would start a tradition that continues long into the modern incarnations of the Monaro. All performance specs were lifted in the GTS 327 with 250hp, proper fat stabiliser bars and LSD. Even the fuel tank size was increased to account for track time. 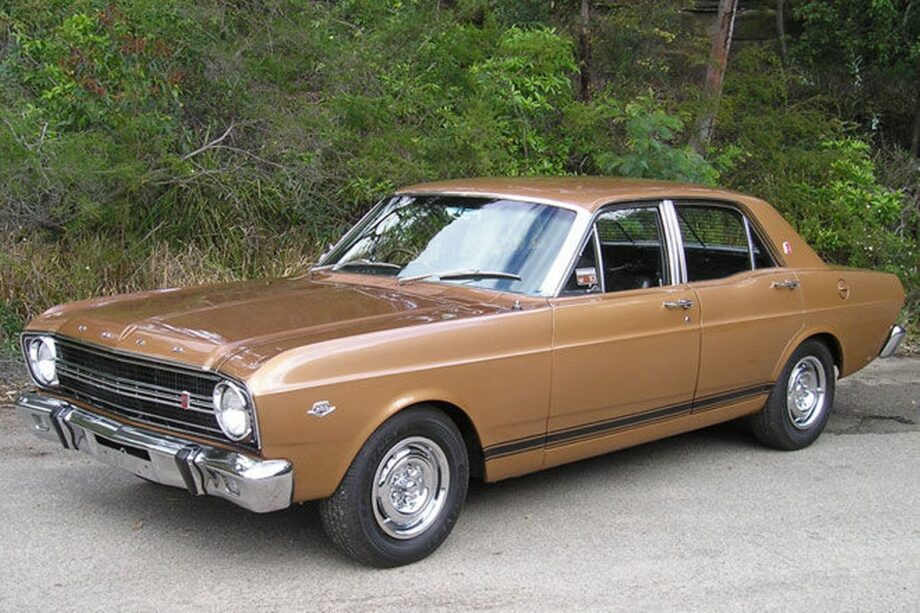 The 1967 Ford Falcon XR GT easily takes the bacon as the car that started the blood war between two of Australia’s most iconic car makers. Upon its arrival on Aussie shores, the car was essentially a V8 Mustang in sedan form. On the mountain roads of Bathurst however is where the XR GT truly stamped its authority on our soil, finishing first and second in the Bathurst 500 race whilst angering the Holden camp and marking the beginning of the two’s legendary rivalry. 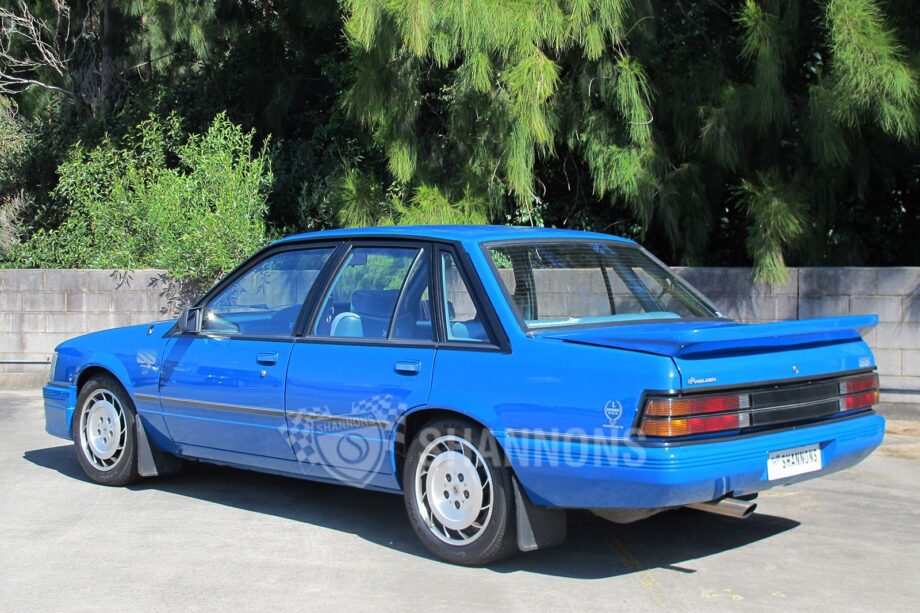 If you haven’t noticed, we absolutely love the word ‘homologation’ here. What that means in car speak is that in order for a maker to race in a particular series, they have to release a limited number of road going version of that vehicle onto the market. Enter the 1985 HDT VK Group A – a collaboration between Holden and legendary race driver Peter Brock which takes race inspired design onto the public roads. 500 were ordered to be built but due to a mix up, 502 made it out of the factory. Set in striking Formula Blue, the V8 was destroked to 4.9 litre to meet Group A racing regulations, pinning power at 196kW. 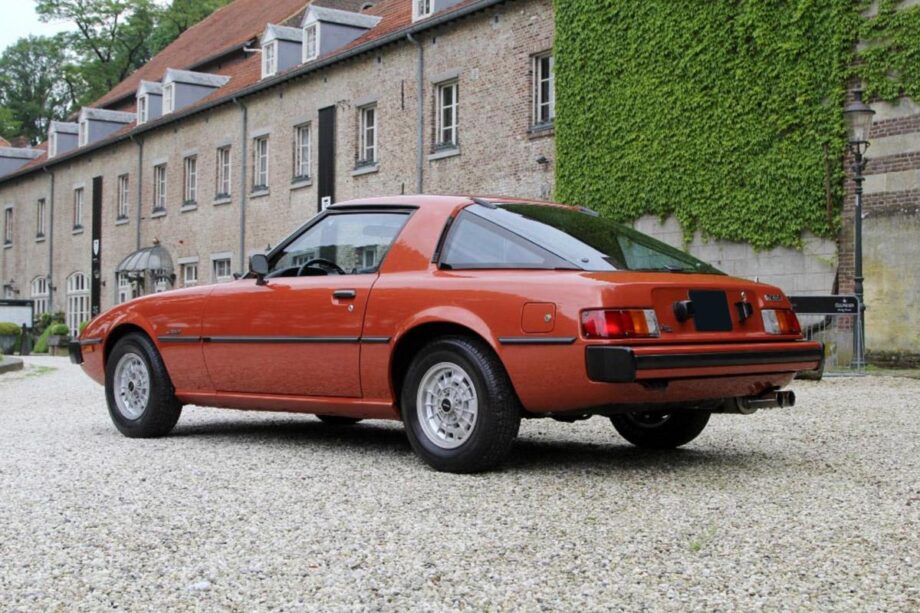 Although not as popular as some other vehicles on the list, the rotary engine has undoubtedly earned an iconic place in Australian motoring history that continues until today. With numerous contentions at Bathurst and a slew of other Aussie tracks, the RX-7 first came to fame in this country with race car driver Allan Moffat in 1979. After Moffat’s team lost the official support of Ford, Mazda Australia approached him about campaigning a vehicle for the Australian Touring Car Championships. Moffat tested a running version in the U.S, saw its potential and the rest was history. The car runs a 1.3-litre 13B rotary engine along with the gorgeous Group C bodykit. 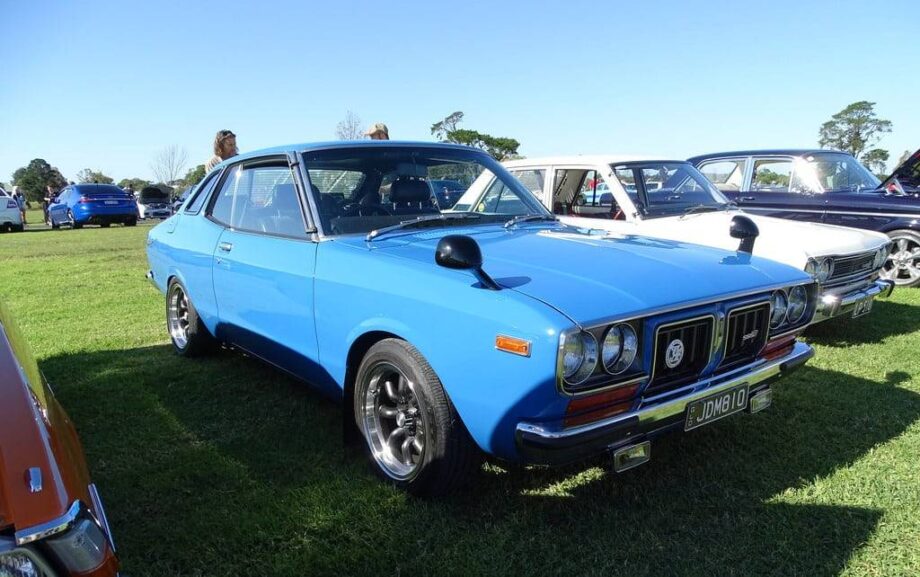 Ask any Aussie dad about the cars of their generation and they’ll laugh and tell you either good or bad things about the iconic ‘Datto’. Rarely glamorous and more like the Toyota Corolla of the day, the Datsun 200B quickly became the P-plater weapon of choice for many Aussies in the late 70s. What you could not dispute however was its bullet proof reliability and odd ability to keep speeding hoons under the speed limit due to its almighty 2-litre 72kW motor. The SX variant which you see above is a more refined version that addressed things like ride comfort, interior finish and sportier aesthetics. 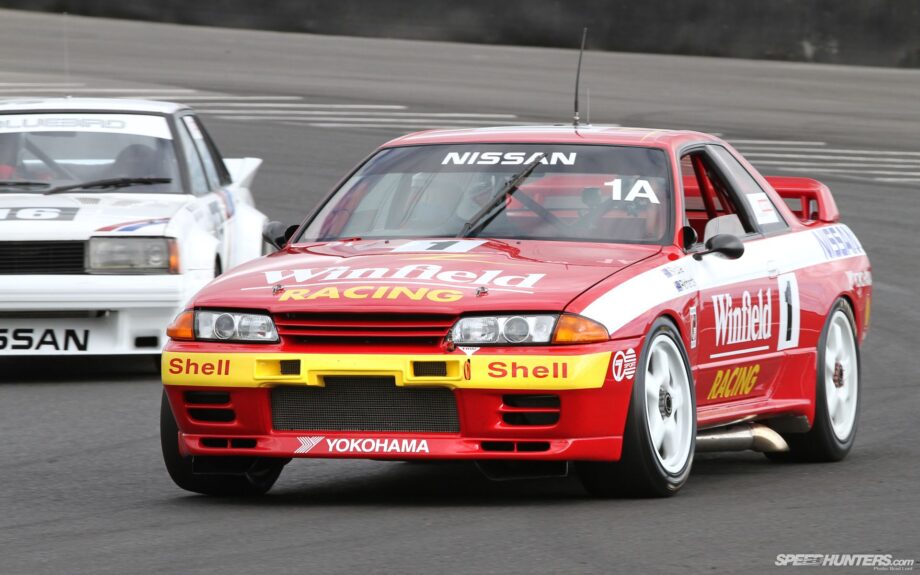 This one vehicle is a given and even has a colourful backstory to go with it. Amidst the bloody war going on between Holden and Ford in Group A racing in 1990, Gibson Motorsport decided to join the party with their 2.6-litre, 6-cylinder Skyline GTR with all wheel drive. They eventually decimated their competition over the next two years and were required to run with a weight handicap so that the field could keep up. In the famed 1992 Bathurst 1000 race, driver Jim Richards famously called the heckling fans a “pack of arseholes” after a controversial win. Can you get any Aussier than that? 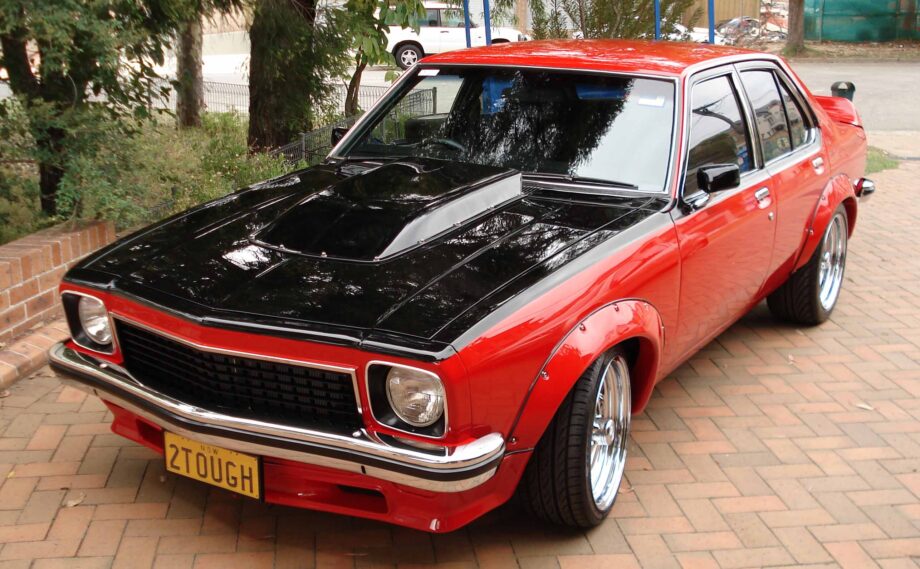 The Holden Torana came in many trims and the one we’ll always salivate over most is the SLR 5000 variant. Made to accommodate even bigger V8 engines, the SLR 5000 came on its own in terms of wild slot-car body style and wide fender flares. The colour combination also made this particular Torana a highly sought after model. Out of the box you get 179kW and 427Nm of wheel frying torque.

What are the most iconic Australian car brands?

In its heyday, Australia car manufacturing was ranked one the highest in the world, with the most iconic brands being Holden, FPV, Toyota Australia, HSV and Elfin.

How many car brands are in Australia?

Currently, there are over 50 different car manufacturers in Australia. The country actually offers more makes of cars than either the United States or Great Britain.

What are the best-selling car types in Australia?

In 2019, SUVs, or Sports Utility Vehicles were the top selling type of vehicle in Australia with 45.5% of the total sales, followed by passenger vehicles.