Fear isn’t a word that registers within the psyche of Idris Elba. For the most part he just wants to inspire people to try new things. Kind of like a modern day Moses. Okay, maybe not. “Someone called me the other day and said I’m like the male Oprah. I’m like, ‘…chill out, man.'”

He might not consider himself the next incarnation of Moses or Oprah, but there’s no denying that this 44-year-old English actor has taken to the trenches and come out on top.

Where exactly is ‘top’ for Elba these days? A pretty damn sweet place it seems. He’s an accomplished actor, musician and DJ who has built a healthy reputation in Hollywood as the go-to tough guy for films requiring a mentor character.

Think Prometheus, Pacific Rim, Takers, Thor and Mandela: Long Walk to Freedom, all big budget pictures which had Elba watching over a group of impressionable cohorts who looked up to him for guidance. Life, it would seem is imitating art in the land of Elba.

“Rather than sitting here taking the adoration for being an actor which I’ve been doing all my life, if I can just influence someone to step out of their comfort zone then I’ll go for it.”

On a regular old Monday in Sydney’s Superdry flagship store, Elba is ushered in to chat to us about all things fashion, fame and life on the road as a modern influencer. It’s a far cry from London’s East Ham where the actor grew up taking on odd jobs as a tyre-fitter, cold calling telemarketer and a night shifter at Ford’s Dagenham plant to make ends meet between his casual acting gigs.

He’s a big time star now but from our brief conversation he’d prefer not to let this kind of stuff get to his head.

Everyone is a self-proclaimed influencer these days and Elba doesn’t deny the fact that he’s somehow graduated to this profile. His latest collaboration sees him lending a keen eye to the British label, Superdry, who have released a few collections bearing his name.

Beyond the material world though exists a much more profound type of influence which piques Elba’s interest.

“When you’ve got a position where actors are typically idolised, it can affect you in two ways. One, you can live in a bubble and you’re the man and you’re not really giving anything back.”

“The other way it can affect you is by going, ‘Oh, you’re looking at me? Cool. How about I influence you to do something you’ve never done before. Check me out doing this and now influence yourself.'”

No prizes for guessing which group Elba sees himself in.

The scope of Elba’s fan base is growing rapidly. At present he’s been touted as one of the men to take the reigns from Daniel Craig as the next 007.

If he does score this coveted gig, he won’t just be taking on an iconic role but also the crown as the first black man to ever play James Bond. To some out there, this kind of has the same ‘Obama becoming America’s first black president’ ring to it.

Call it unintentional God-like status (he actually plays a God named Heimdall in the Thor films), but the expectations in the industry definitely has Elba a bit rattled.

“Someone called me the other day and said I’m like the male Oprah. I’m like, ‘…chill out, man.'”

So we pondered the question: Would that make him a bonafide…’Moprah’?

Laughter erupts across the media floor.

“Why’d you say that. It’s stuck in my head now. Fucken hell.”

“Fine. She’s [Oprah] influenced a lot of people to step out of their shell. I’m about that. I do a lot of different things. One because I want to live a full life. But two, because I realise people go, ‘If bitches can do it, I can do it.'”

“And rather than sitting here taking the adoration for being an actor which I’ve been doing all my life, if I can just influence someone to step out of their comfort zone then I’ll go for it. So that’s why there’s so many strings to my bow.”

What’s really a priority to Elba doing all these things is that he really wants to do it right from the start.

“I don’t want to do it all shit; be a jack of all trades and none of it’s good. With my Superdry range I’m not trying to be Kanye. It’s quality, it’s good, it’s affordable, it speaks to people like me and that’s the bottom line.”

As much as celebrity brand endorsements go, this particular one seems to have a breath of authenticity about it. A good deal of this could be due to Elba’s down to Earth persona, but regardless the man is still getting something intangible out of it for himself – a front foot into the world of fashion.

His partnership with the British label came about quite naturally. Superdry approached him and said that they wanted to step into a space with a more premium product. Elba expressed his penchant for men’s fashion, said yes, and the rest is history.

And what is his take on the current state of men’s fashion then?

“I think men are coming into their own now with fashion. We can be fashion forward,” he says.

The design process for Elba’s Superdry collection is a no-nonsense affair. The design team will sit down together with Elba and he will tell them what he likes or dislikes. From there they will use Elba’s influence to create the premium pieces for the fashion-forward men who are after something a little more masculine.

Humility doesn’t run short even in the fashion world for Elba.

“The first two seasons were safe in the way that I didn’t want to come out and say, ‘Hey-hey I’m a fashion designer, check me out!'”

“I don’t think I’ve reinvented the wheel. It’s all about the use of materials, neckline, how things fit on men and how they fit with other pieces they have. All round 24-hour gear.”

When Elba isn’t acting in blockbuster films or fiddling with threads, he can be found relishing in one of his favourite past times behind the decks.

Going by the alias of ‘Big Driis’, Elba fell in love with DJing after he helped cover for his uncle’s wedding DJ business. A year later he started his own DJ company and eventually scored a break in the clubs at the age of nineteen. To this day, he still has his vinyls. All 4,000 of them.

“It’s a massive leveller for me,” he says.

“Like I said, you can get swept off in a bubble. There’s nothing like showing up to a gig where no one cares that you’re an actor and they’re just there to have a good night.”

Before parting ways Elba tells us that he has a gig in Sydney later this week before he heads back to Queensland for work on the latest Thor.

“People don’t know I’m coming. Looking forward to that. Going to rock out.”

Welcome to the crazy world of a perennially humble triple threat. We shall call him ‘Moprah’ for now. 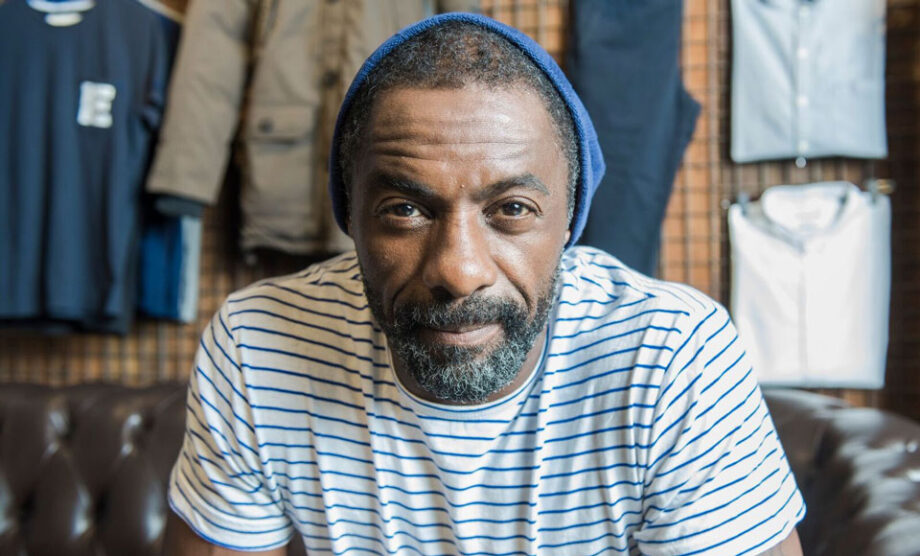 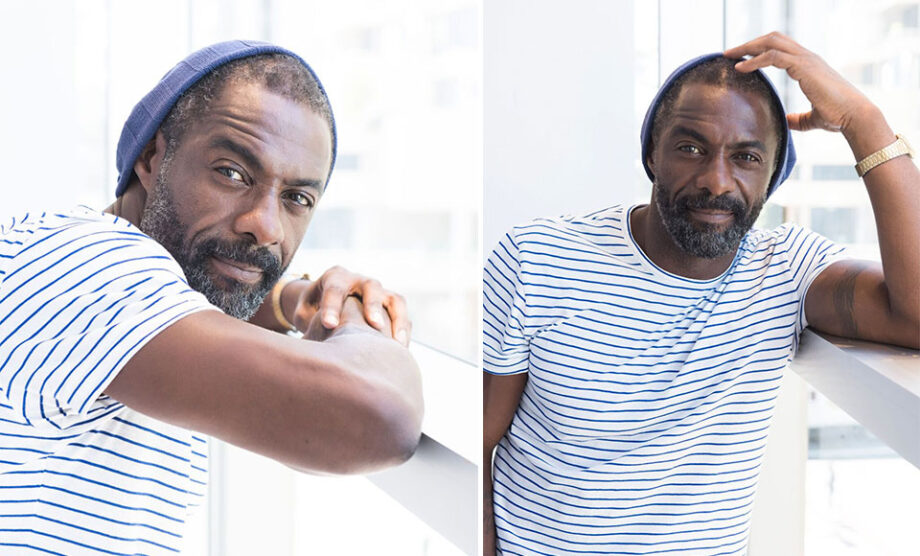