Over half a century. That’s how long Ian Flemming’s fictional British spy has been saving the world and gracing screens for.

What started with 1962’s Dr. No with Sean Connery at the helm has today spanned twenty four films with countless martinis, Bond girls and Bond cars to mull over. And as a tribute to one of the finest gentlemen out there and arguably the most memorable 007 in the series, Sir Roger Moore, we’ve decided to gather ten of the coolest 007 cars to ever be manhandled (and destroyed) by the titular hero.

Think the list is garbage? Let us know which model you think should be in here and why. 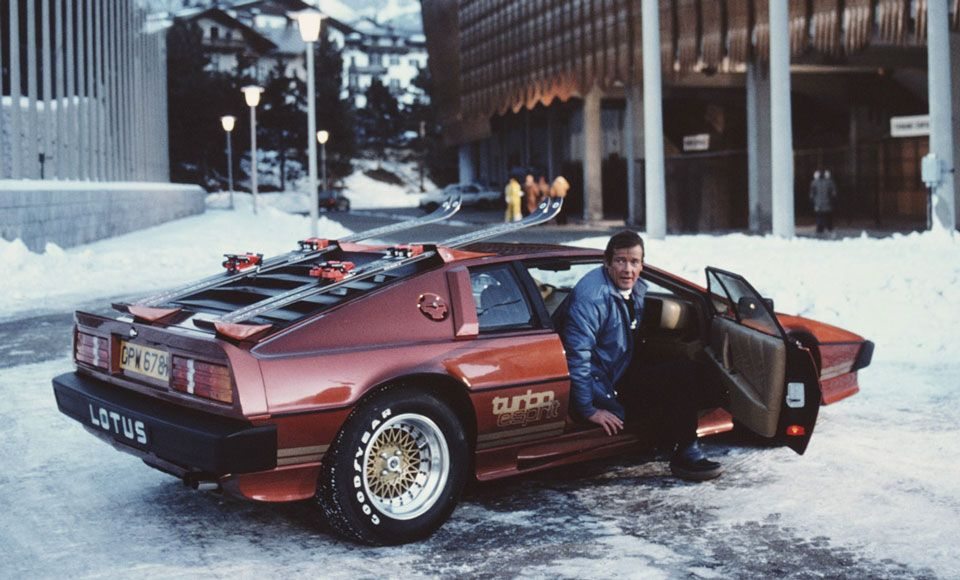 It might not have transformed into a submarine like it did in The Spy Who Loved Me but it did get attention for its muscular alpine aesthetic complete with hatch-mounted ski racks in For Your Eyes Only. The Essex Esprit Turbo is powered by a dry sump turbocharged four-cylinder engine which developed 157 kWand 270 Nm of torque. It saw one hundred clicks from stand still in 6.1 seconds and had a top speed of 240km/h. Roger Moore was the pilot of this sexy beast. 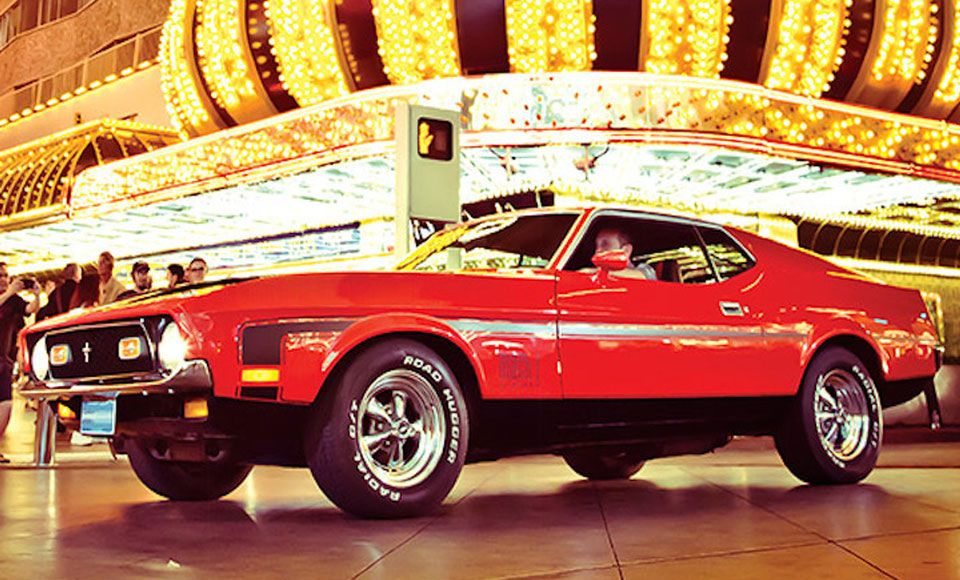 Blink and you’ll miss it. James Bond did American muscle during his stint in Vegas in Diamonds are Forever with Sean Connery behind the wheel of this 1971 Mach One. The car helped Bond evade danger with a big V8 with 250kW and 597Nm of torque sent to the rear rubber. 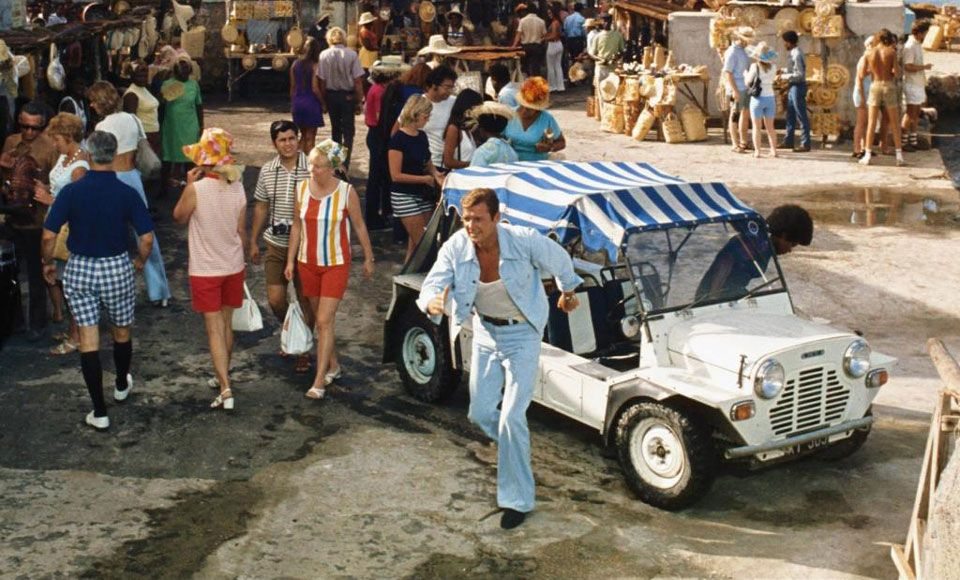 The Leyland  Mini Moke is an iconic car which is still kicking around on some resorts these days. It wasn’t exactly a dedicated Bond car but it was certainly a favourite in the films having appeared in You Only Live Twice, Live & Let Die, The Spy Who Loved Me and Moonraker. The engine size varied from the early model’s 850cc to the 1.2-litre mark later on. It was just enough to get Sir Roger Moore around town in funky bell-bottoms. 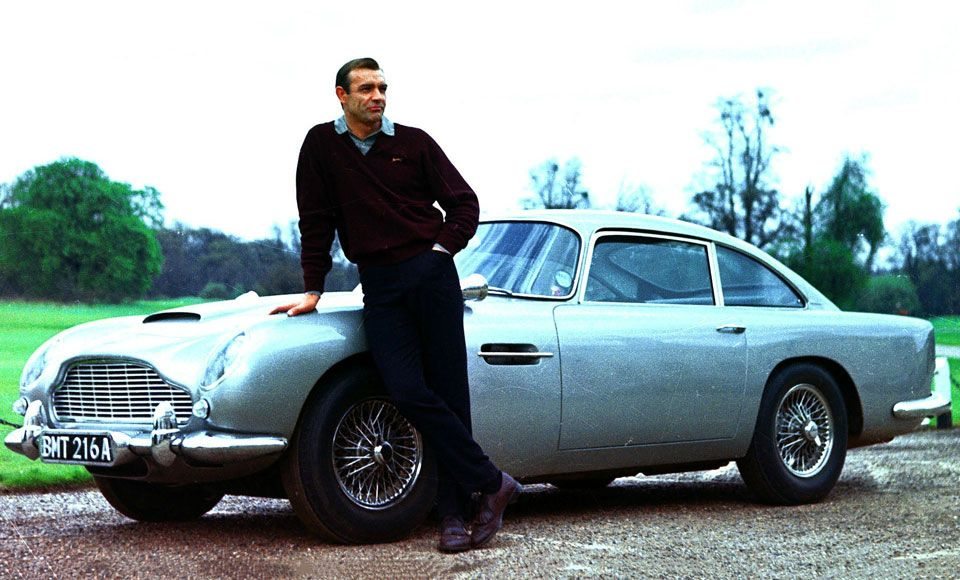 No one messes with the original which first showed up in 1964’s Goldfinger before making its way into six future Bond films. As the Godfather of Bond cars, the 1963 DB5 sported a 4.0-litre in-line six engine with 210kW of power that afforded it a top speed of 233km/h. It was also crammed full of gadgets including a bulletproof body, machine guns, ejector seat, wheel blades and oil slicks. 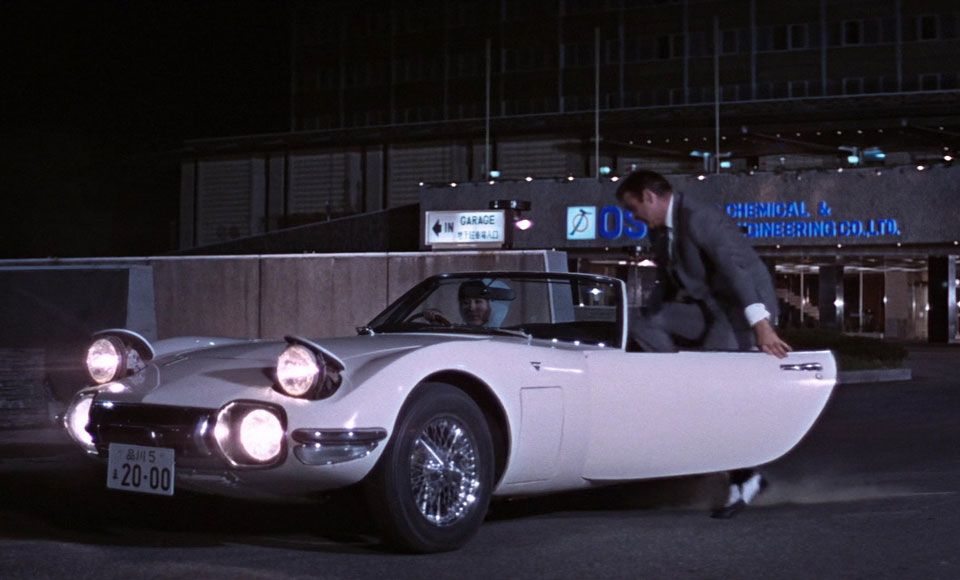 Considered as Japan’s first real supercar, the 1967 Toyota 2000GT Roadster was a beautiful piece of machinery which was custom made as a droptop for the film, You Only Live Twice. This was because Connery was too tall for the roofline. With only 351 examples ever produced, the 2000GT is insanely rare and can mostly be found in museums or hidden away in collectors lots. When they do sell at auctions, they can fetch up to US$1.2M. 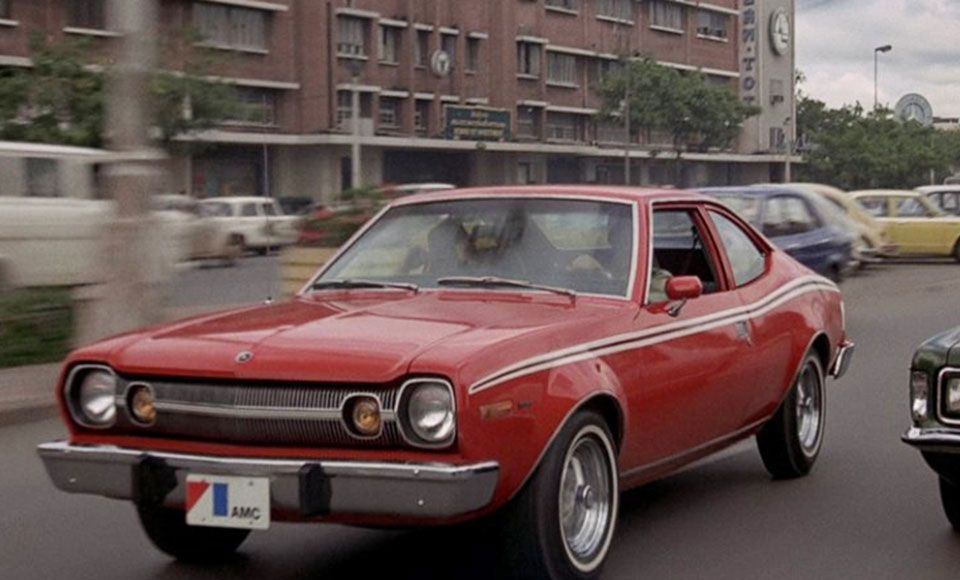 Another Roger Moore piece of kit is the compact American muscle car known as the AMC Hornet. It was famously launched through the sky in an inverted barrel roll in The Man With The Golden Gun. In reality it packed a variation of engines during its production including a big 5.0-litre V8. 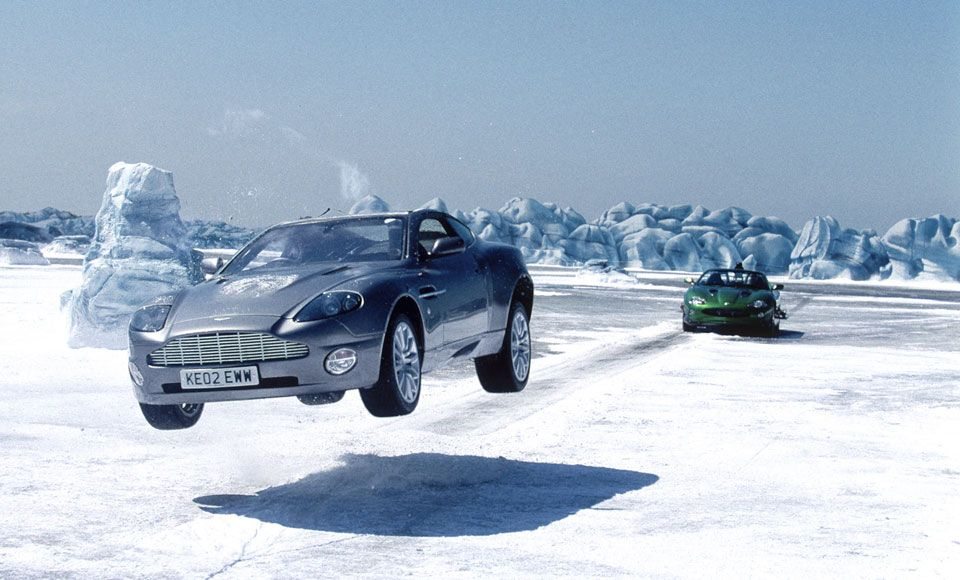 Pierce Brosnan’s final outing as 007 also gave him the car that was the most ridiculously equipped. The Aston Martin Vanquish in Die Another Day came with front-mounted rockets behind the grille, hood mounted machine guns and Predator-style invisibility which made sneaking up on villains quite easy. Outside the campy confines of the film, the Vanquish featured a big 6.0-litre V12 which produced 335kW and 540Nm of torque. 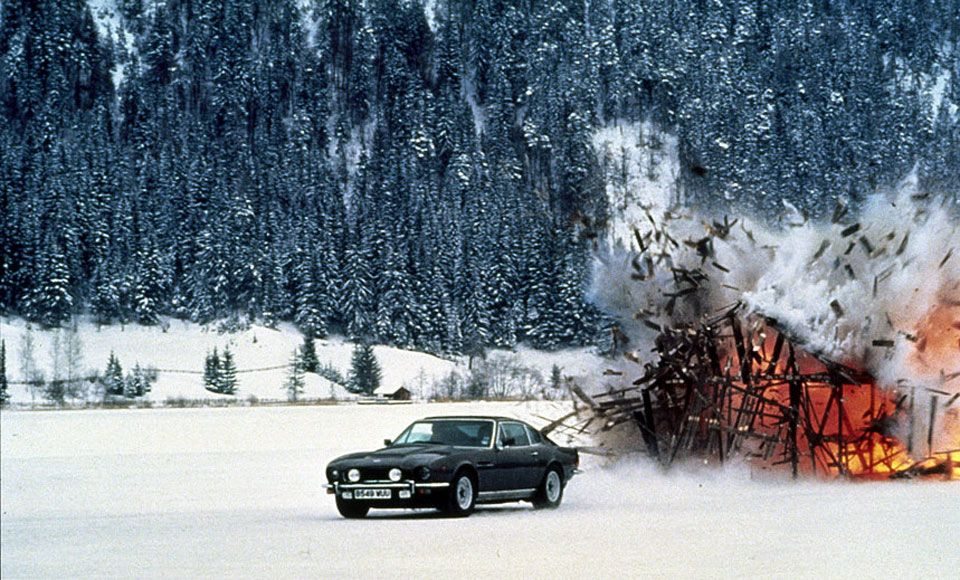 The lesser known V8 Vantage Volante from Aston Martin served as actor Timothy Dalton’s Bond car in his first appearance as 007. It evoked a tough American muscle car aesthetic even though it was British and featured a bevy of gadgets including missiles, lasers, rocket boosters and a self-destruct button. The actual car didn’t have those but it did sport a 5.3-litre V8, a 5.3 second sprint to 100km/h and top speed of 270km/h. It’s also widely considered as Britain’s first supercar which appeared in 1977. 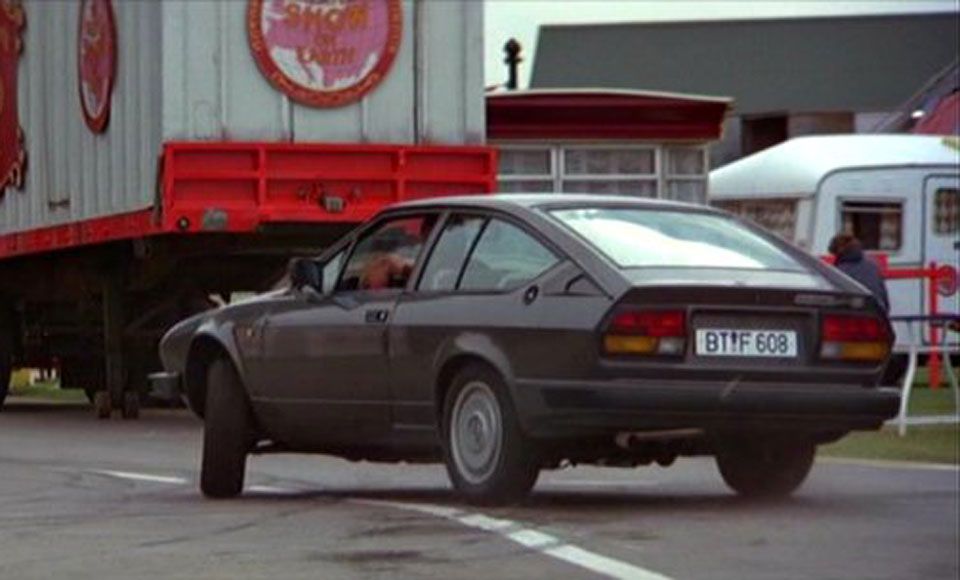 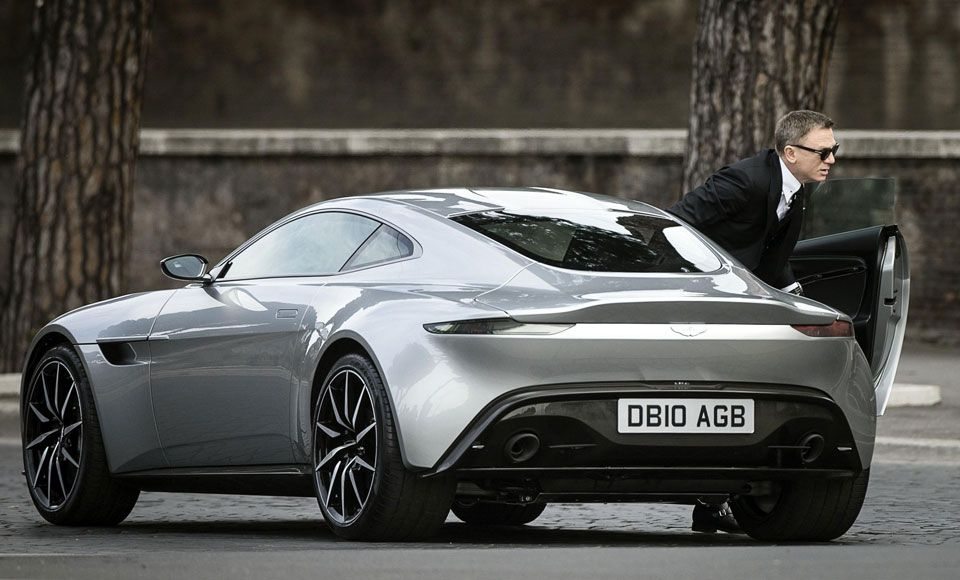 One of the latest and greatest Bond cars of them all is the non-production concept DB10 by Aston Martin. This sleek looking futuristic machine was helmed by Daniel Craig in SPECTRE and changed the game via its beautifully minimalist aesthetic. In total only ten examples were built for the film and it borrows the 4.7-litre V8 from the Vantage. One of the two of DB10 show cars which weren’t used in the film but for promotional purposes eventually went to auction and sold for £2.4 million. The bad news? It can’t be driven in public since it doesn’t meet production car safety standards.