Prepare the laser beams. No, seriously. This morning Amazon founder and billionaire entrepreneur Jeff Bezos debuted a mock-up of his new lunar lander spacecraft which is aiming to transport humans and exploration equipment to the moon by 2024. 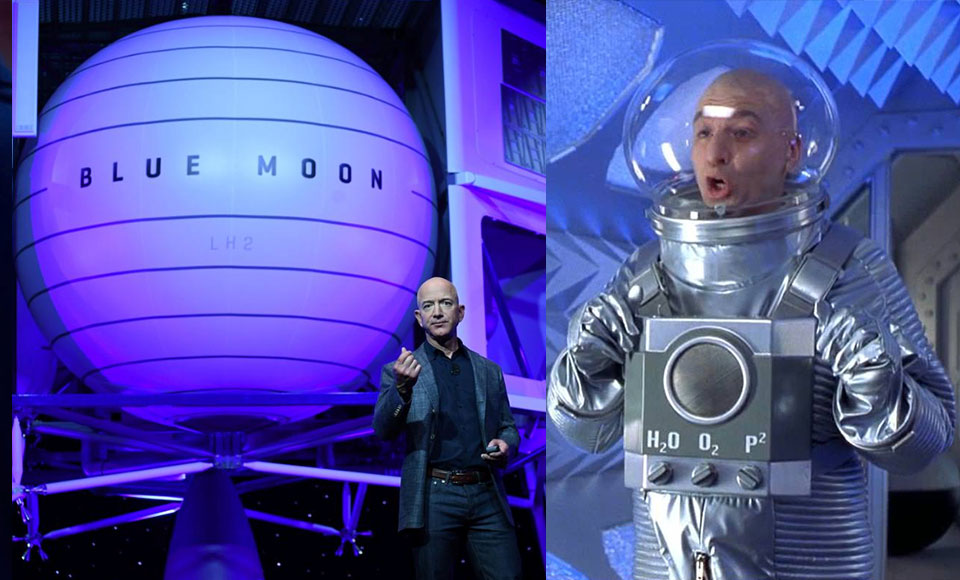 “It’s time to go back to the Moon, this time to stay,” Bezos announced to the audience at the Washington Convention Centre in DC. His space exploration company called Blue Origin spruiked the Blue Moon lunar as a handy device but what caught our attention is how uncanny this plan was to one that already existed back in 1999. Enter Austin Powers: The Spy Who Shagged Me. For those who need a refresher, the film involved the villainous Dr. Evil setting up a moon base with lasers that could fire at cities in order to hold the world ransom (for 1 million dollars).

Whilst there was no official confirmation that Bezos wanted to set up laser beams that could fire at Earth, he did admit that he wanted to improve access to the moon because he has a vision for future civilisation to be able to work and live on the moon. “The price of admission to do interesting things in space right now is just too high because there’s no infrastructure,” he said. Bezos continued to illustrate his plan of space living to the audience but we’ve found a better way to do it. 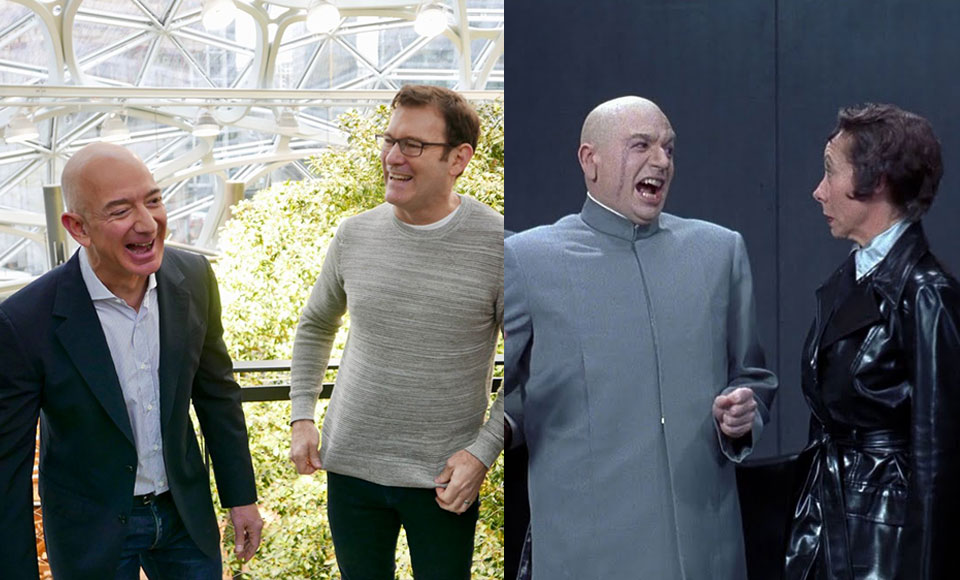 Even the memes have begun predicting Bezos’ intentions… 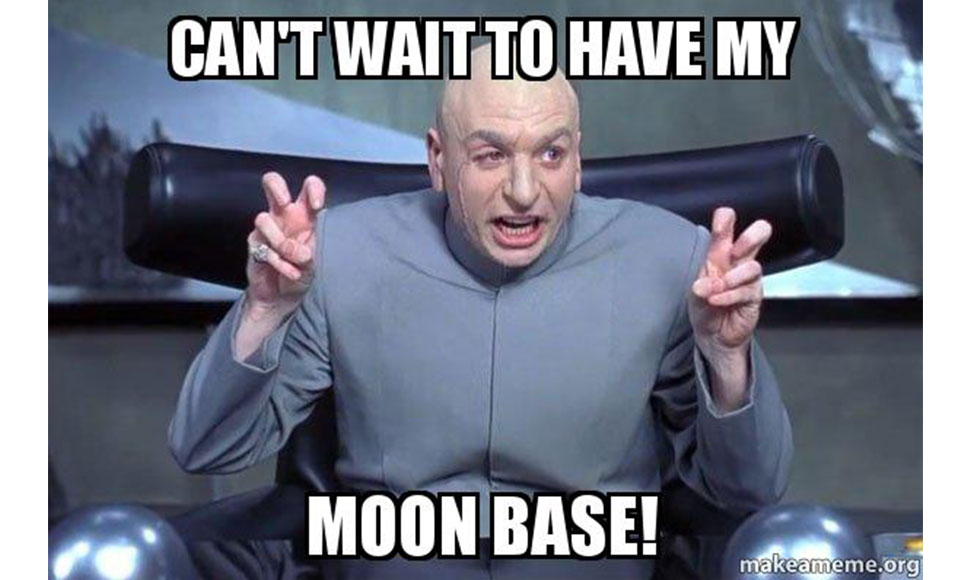 Us too,  Mr. Bezos. But the dead give away is the rendered promo video for Bezos’ Blue Moon Lander…

Which bears a striking narrative to Dr. Evil’s moon launch (sans penis jokes). It really is art imitating life in a bid to conquer planets.

You’ve been officially warned. The end is nigh. But hey, maybe you’ll still be able to score a bargain on steam cleaners from the moon’s detention camp.