An automotive icon of the swinging Sixties is returning home to England. To celebrate the 50th anniversary of Sgt. Pepper’s Lonely Hearts Club Band — the eighth studio album from the Beatles – John Lennon’s trippy Rolls-Royce Phantom V will go on display in London.

The vehicle has undergone more than a few upgrades over its lifetime. Lennon received it in June 1965 in its original shade – a respectable Valentine Black – and set about customising it into the ultimate rockstar ride. The rear seat was converted to a double bed. A television, telephone and refrigerator were installed, along with a “floating” record player (perfectly balanced so it was never affected by stops and bumps while driving) and a custom sound system.

In April 1967, just as the band wrapped recording of Sgt. Pepper’s Lonely Hearts Club Band, the Phantom V was repainted in its current psychedelic livery. Rolls-Royce notes that the design scheme is no random collection of hallucinogenic swirls, but instead a floral Romany scroll motif (commonly used on gypsy caravans and canal barges) with a zodiac symbol on the roof.

Lennon and his fellow Beatles were driven in the vehicle to the premiere of their second film Help! in July of 1965. It was also the car Lennon used to collect his MBE with his bandmates in 1965, as well as the one used to return his MBE to the Palace in 1969 to protest the Vietnam War.

Lennon drove the tricked-out Rolls regularly until 1969, but its rockstar pedigree doesn’t end there. The car was shipped to the United States in 1970 when Lennon moved, then was loaned out to the likes of Bob Dylan, The Rolling Stones, and The Moody Blues.

In 1977, after a period in storage, it was donated by billionaire Jim Pattison to the Royal British Columbia Museum in Canada, where it has remained ever since. The museum will send the car to London later this month to join “The Great Eight Phantoms” Rolls-Royce exhibition, located at Bonhams on New Bond Street – an area visited regularly by Lennon in the late 1960s in, you guessed it, this very car.

The kaleidoscopic Phantom V will be available for viewing from Saturday, July 29 to Wednesday, August 2, 2017. In the meantime, check it out in action below. 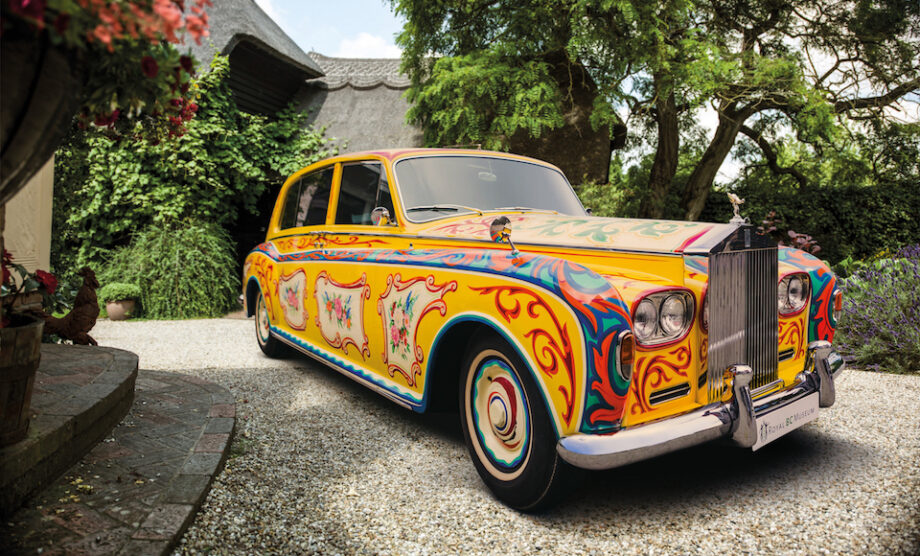 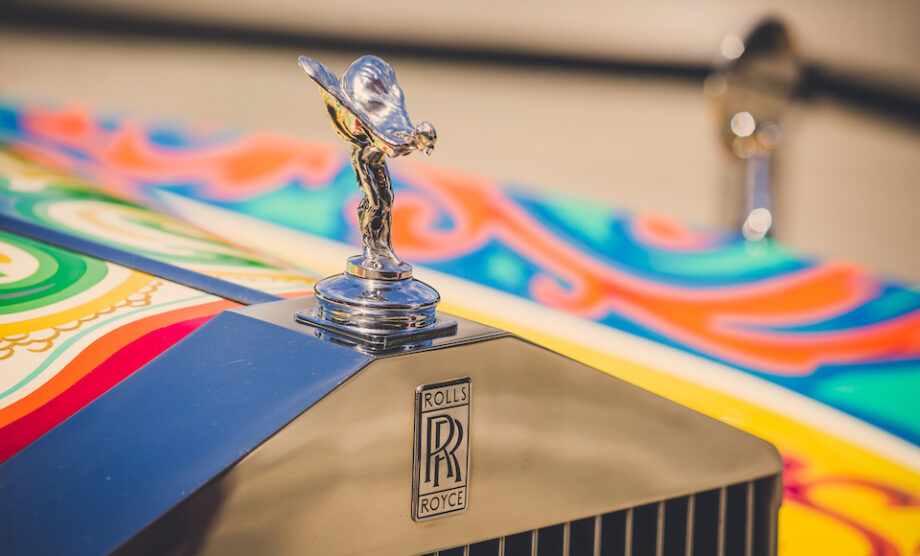 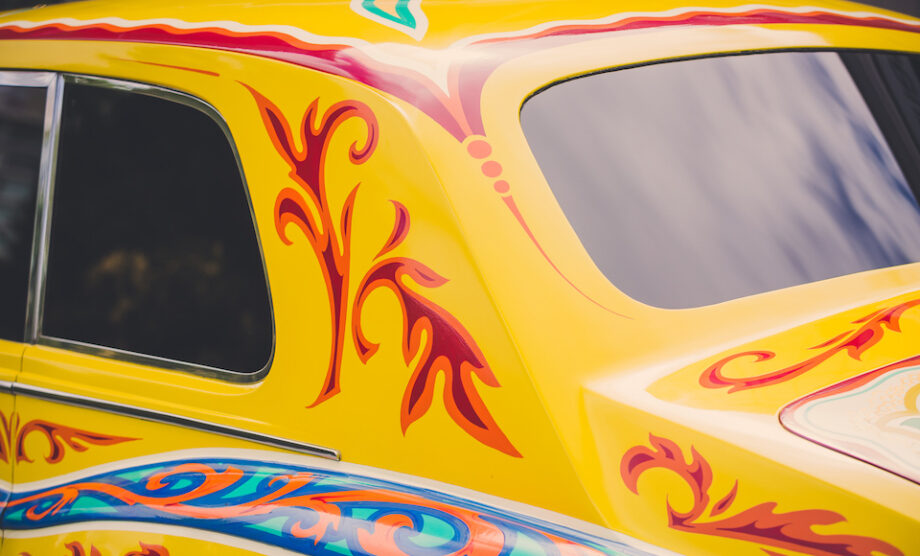 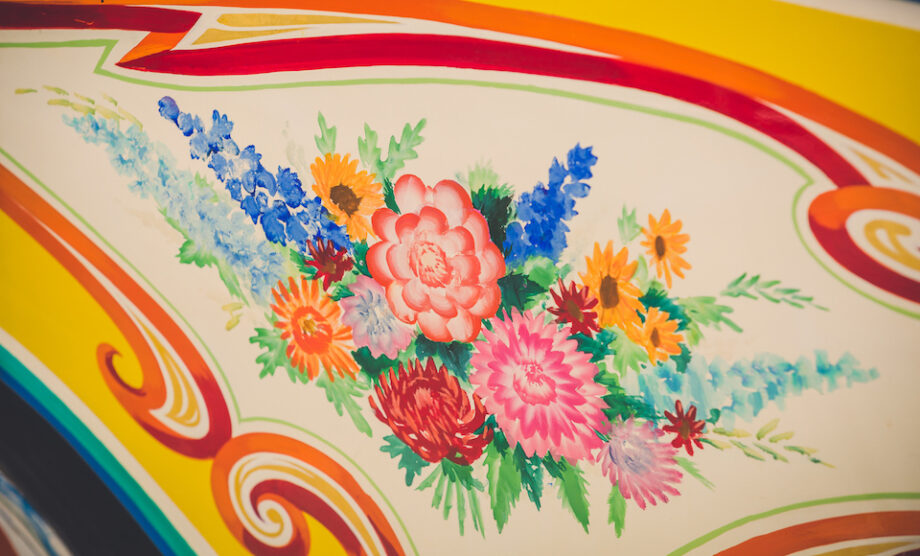 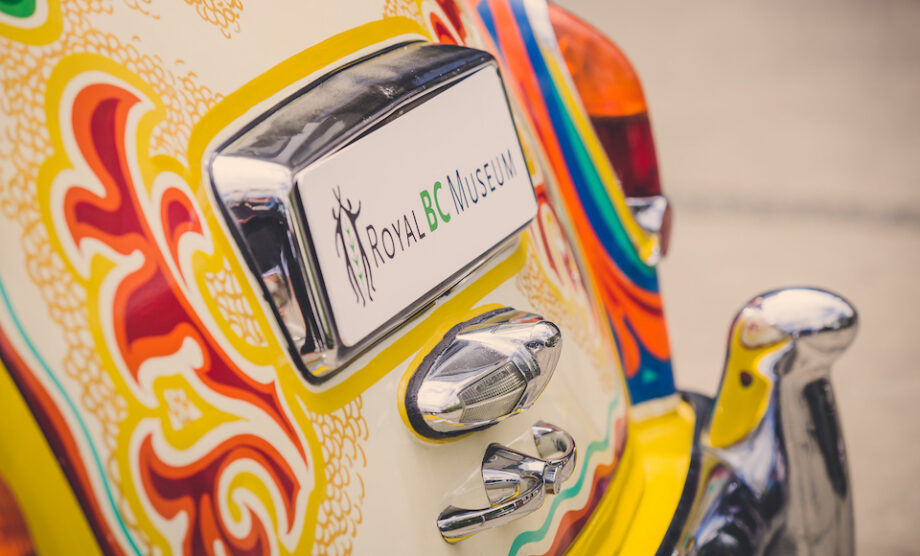