The following article has been sponsored by Alfa Romeo

1,000 miles. 1,600 kilometres. 450 automobiles pre-dating 1957. Called the world’s most beautiful race by Enzo Ferrari. These are the evocative words that only one event called Mille Miglia can spruik.

Not that the timeless gathering ever needed to be sold since it’s been a global phenomenon for petrol heads ever since its inception in 1927.

What makes Mille Miglia truly special is a combination of heritage components from the dazzling array of classic cars, to its well-heeled and celebrity participants, to the weekend of frivolous celebration. All of this makes for a racing event that every man needs to check off their bucket list. Welcome to the journey of a thousand miles.

Mille Miglia takes place in the Northern Italian town of Brescia and runs through to Rome before rounding back out to Brescia for the extravagant winner’s celebrations.

The motive for such an audacious race came about for one reason: Its creators wanted to make Brescia the centre of motorsports again after a lengthy absence of racing from the region.

The event itself was dreamt up by four young men called Aymo Maggi, Franco Mazzotti, Giovanni Canestrini, and Renzo Castagneto who all shared this very same desire.

Deemed the “Four Musketeers”, Maggi, Mazzotti and Canestrini were considered the quartet’s three “daredevils” who often garnered much fame from racing cars, boats and motorcycles.

“The dangerous event often attracted some of the region’s most talented entrepreneurs willing to risk life and machine to prove their engineering ingenuity.”

Winning was also part of their repertoire which was tacked onto the back of an unyielding adventurous streak that would eventually form the backbone of the event.

As a loosely regulated product of 1920s, the dangerous event often attracted some of the region’s most talented entrepreneurs willing to risk their lives and machines to prove their engineering ingenuity.

By 1926 the popularity of the event had grown to a point that Canestrini decided to hatch plans for a new race that was much bigger and one that would also encourage Italian manufacturers to come back into the fold of international racing.

The “Four Musketeers” laid out a map of Italy and drew a 1,000 mile course which they would eventually be deemed Coppa delle Mille Miglia, or the Mille Miglia Cup, by Franco Mazzotti. It was here that the gruelling race across the Italian landscape was born.

A big part of the Mille Miglia spectacle is the 1,000 mile journey across some of the country’s most picturesque landscapes in some of the world’s most beautiful machines.

The first official Mille Miglia event took just four months to plan and became a daunting test for both   the car and its driver. With a race duration of ten hours, the unforgiving roadside dangers and the minimal stops along the way helped Mille Miglia become a unique event which would eventually draw in larger crowds and participants every year.

By 1957 the spectacle aspect of the event had arrived. Hundreds of thousands of people would venture across Italy and Europe to be closer to the iconic cars and soon enough even the municipalities along the racing route wanted the cars to pass through their main square so that crowds could get a closer look.

The blacktop course can be summed up as a combination of urban cityscapes paired with undulating country roads, high speed corners, tight hairpins and cliffside stretches.

In a bid to make the modern Mille Miglia more spectator friendly and a safer run for the participants, the course today receives revised speeds (which is also about preserving the priceless machines) and extra checkpoints throughout the run. It’s still a race albeit a controlled one which lends itself to the legions of fans, flag wavers and vintage car fanatics.

The course meanwhile kicks off in Brescia in a loop that heads out to Rimini on the coast before heading down to Rome and then rolling through Firenze, Bologna, Parma and finally concluding back in Brescia.

A Celebration Of The Classics

The beauty of Mille Miglia resides in the lengthy procession of some of Europe’s finest cars hailing from a bygone era. The priceless selection pool is far from a random turn up of garage queens and more so an intricate screening process which essentially boils down to an invite-only affair.

For starters, only the cars hand-picked from the models which participated in the very first race can run in Mille Miglia. Given this very stringent and fundamental rule, it surprising to see that it hasn’t deterred the legions of international teams from attending this event.

In 2016 Mille Miglia saw a provisional entry list of 446 cars which ranged from pre-war cars right through to post-war cars built between 1927 to 1957. Esteemed makers with heritage car credentials such as Alfa Romeo, Ferrari, Jaguar, Fiat, BMW, Mercedes-Benz, Porsche, Bugatti, Cisitalia, Healey, Dagrada, Bristol, Lancia, Zagato and Invicta were all in attendance.

Unlike the Concours d’Elegance, Mille Miglia require their cars to be capable of running the 1,000 mile race. That means requisites like matching engine and chassis numbers to the car’s entry ID card, ensuring the cars are wearing safe road-legal tyres and have working headlights and horns.

Basically the car needs to be “as new” from the factory. A feat easier said than done for cars over half a century old.

Authenticity is also a big thing at Mille Miglia. That means no modern roll cages or added safety features unless the car came with it from the factory floor – you roll just as the racers of yesteryear did around an entire country.

The four founding “Musketeers” knew from an early stage that cars were just one part of the exciting formula that makes up Mille Miglia.

A major drawcard of the event comes with the resounding image of prestige, adventure and historic technology that is projected to the masses.

At the 2016 Millie Miglia, Italian carmaker Alfa Romeo reinforced its staunch reputation as the most successful manufacturer in the race’s history. Not content with winning the race, it also slotted in two more cars within the top five finishers.

This was no small feat for Alfa Romeo given all three cars had to contend with over 400 other vehicles, pass through 230 Italian towns over four days and look darned good whilst doing it.

As the prestigious event rolled out of town for another year, one can barely fathom what this evolving gathering of car lovers will mean to the future of classic motoring.

Perhaps Mille Miglia would be best summed up by the frank words of 1950 and 1953 winner Giannino Marzotto who said:

“Defining this race is difficult. We can define it as a mixture of technology, competition, prestige and popularity – all dictated by passion which seems like an obsession.”

Passion dictated by obsession. We can definitely relate to that.

To register for more information about the all-new Alfa Romeo Giulia click here. 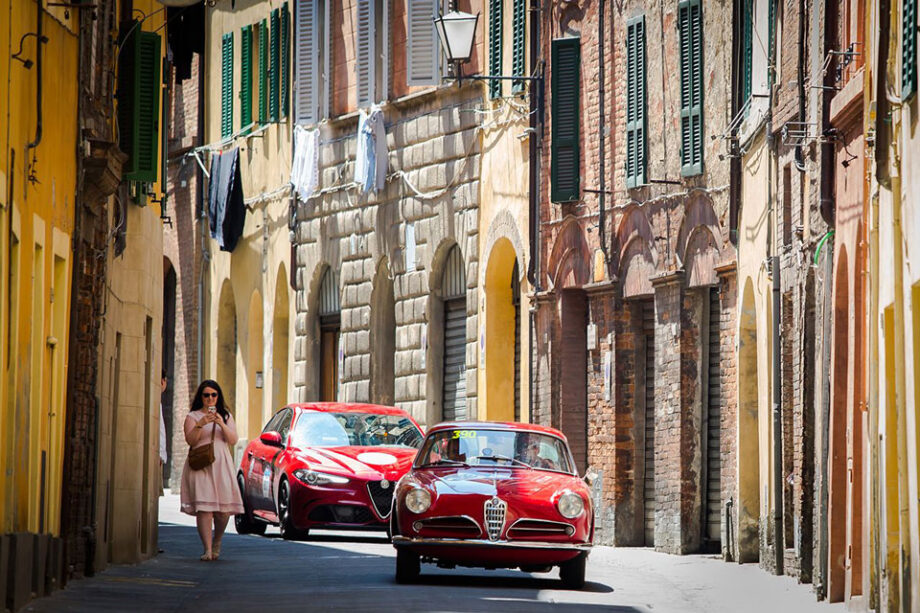 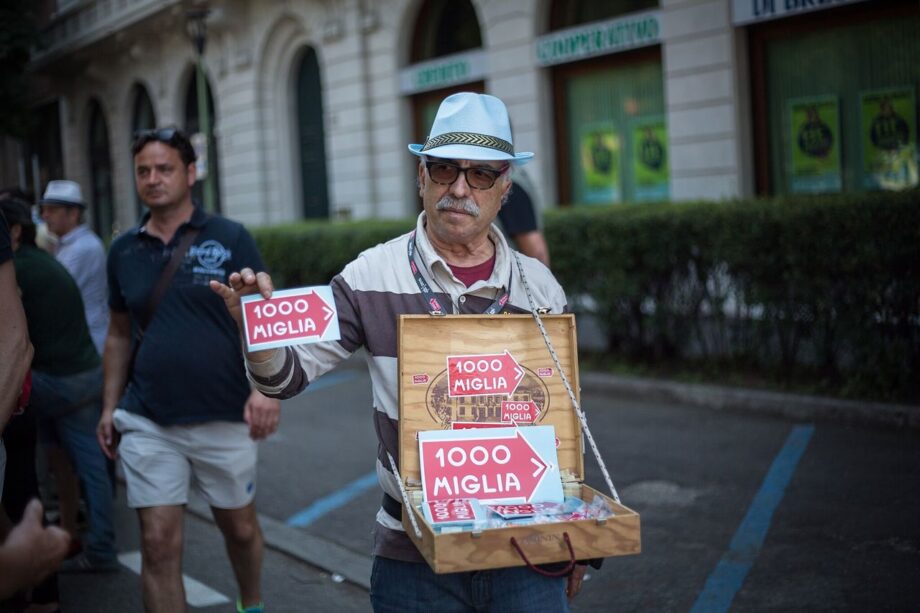 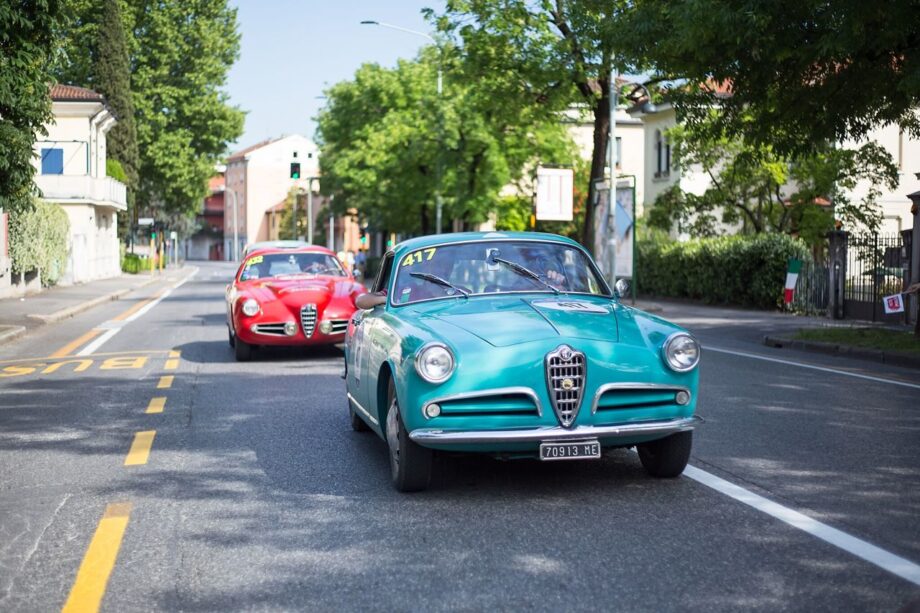 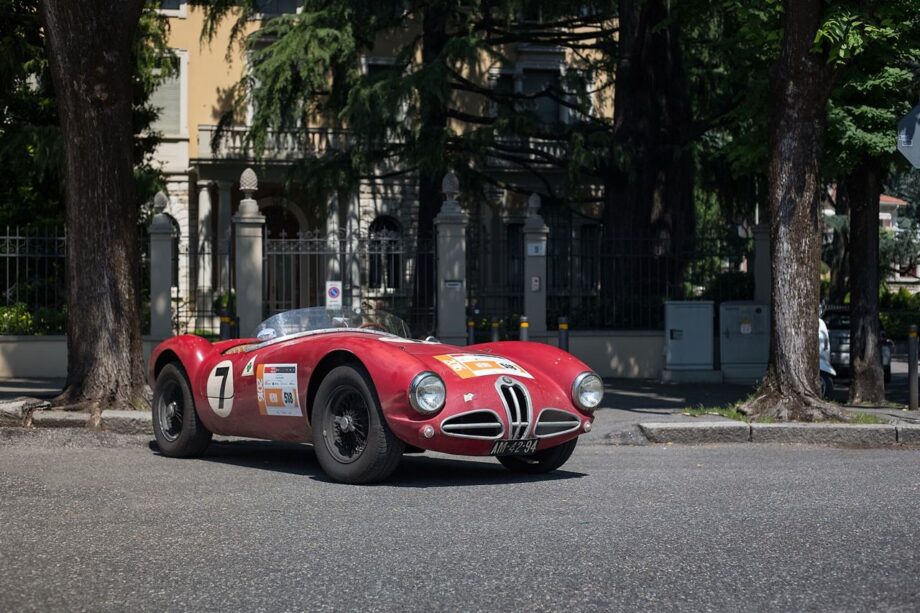 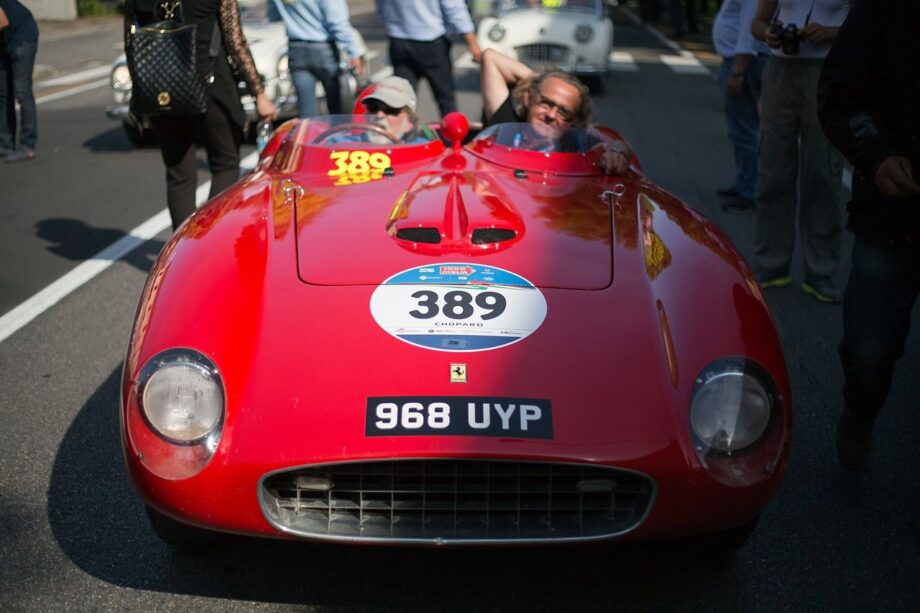 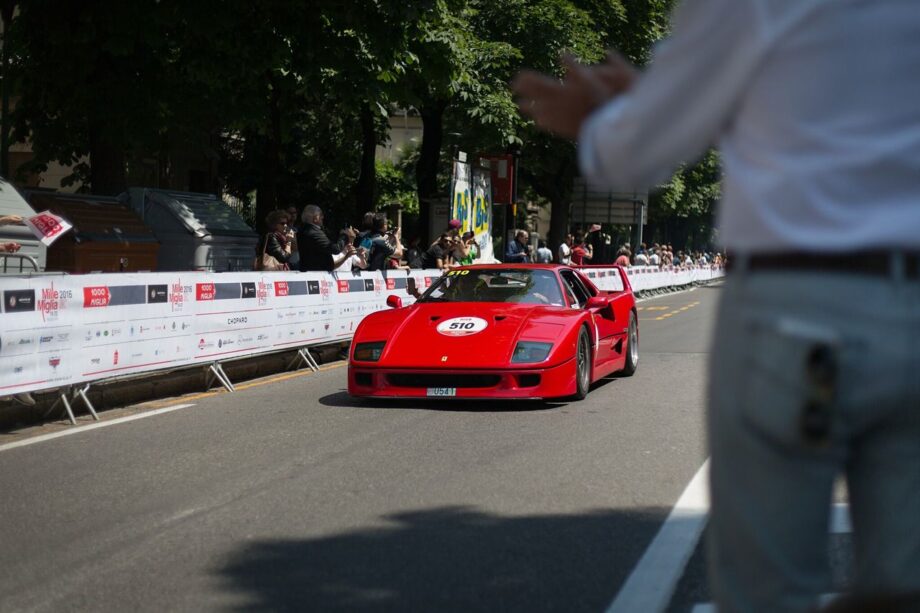 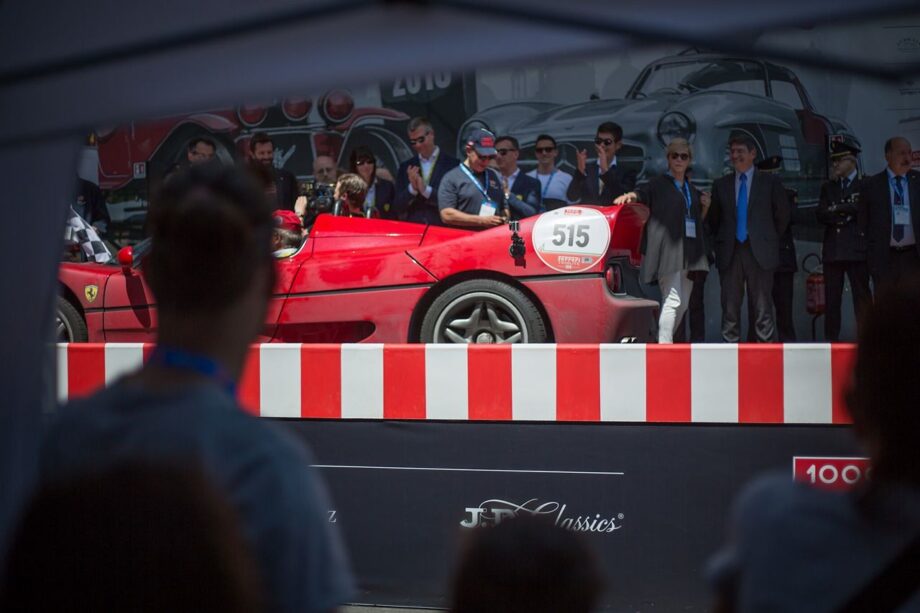 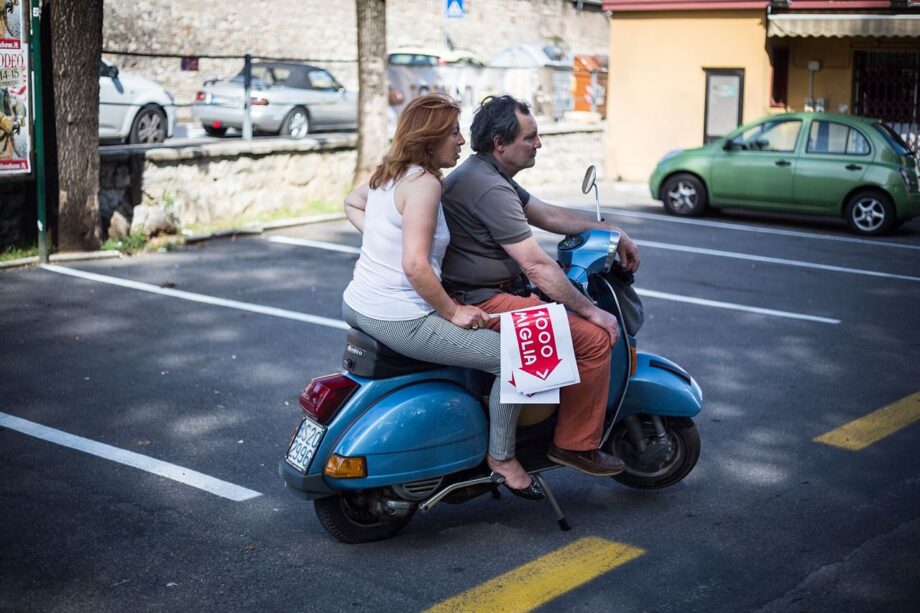 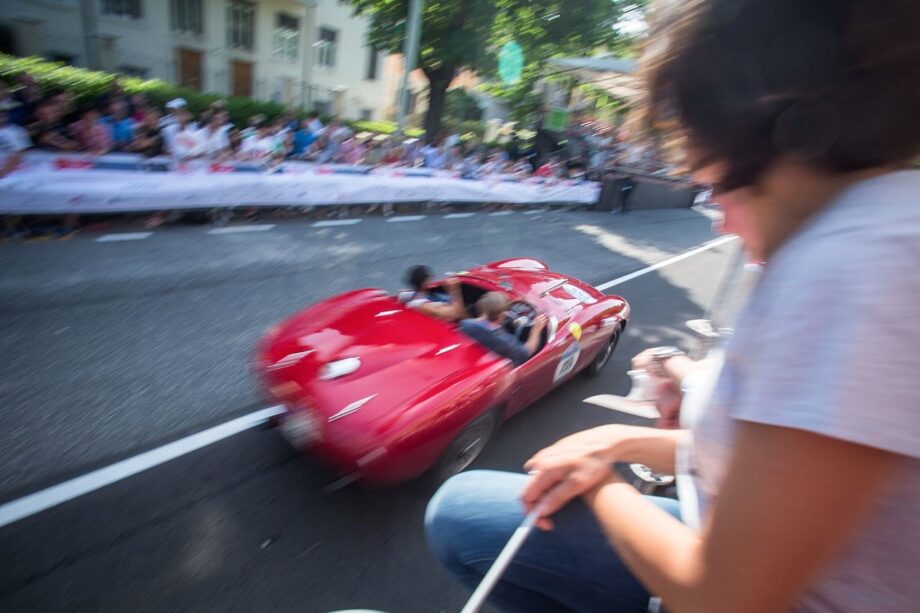 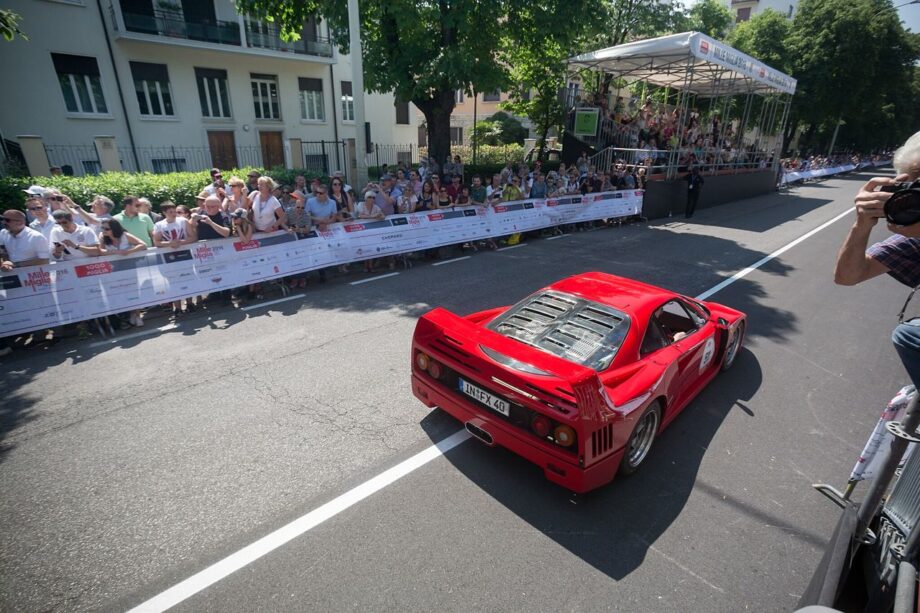 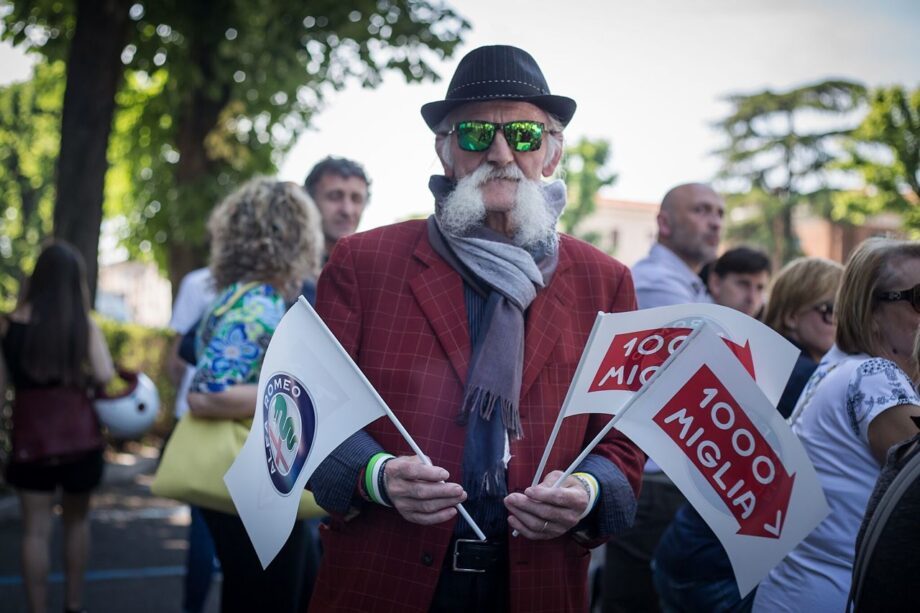 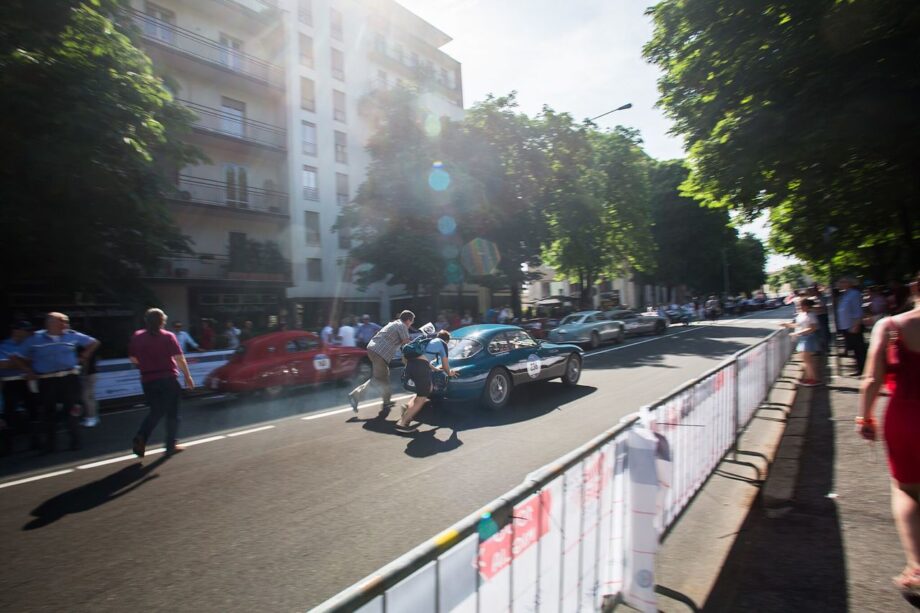 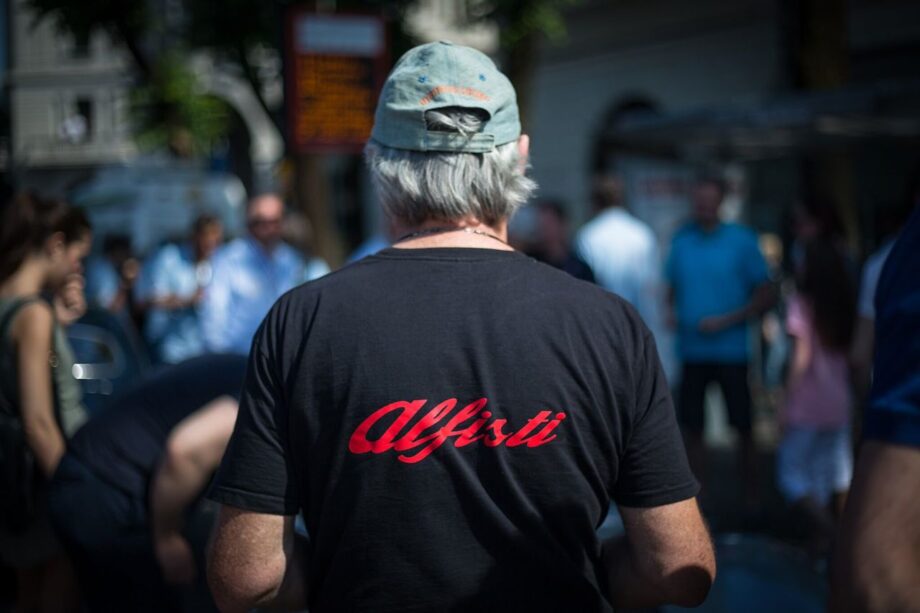 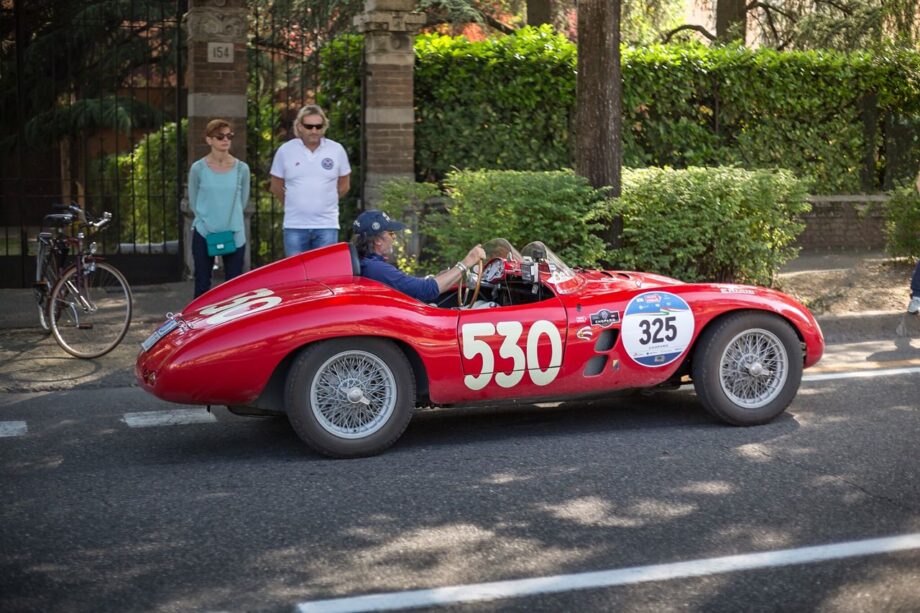 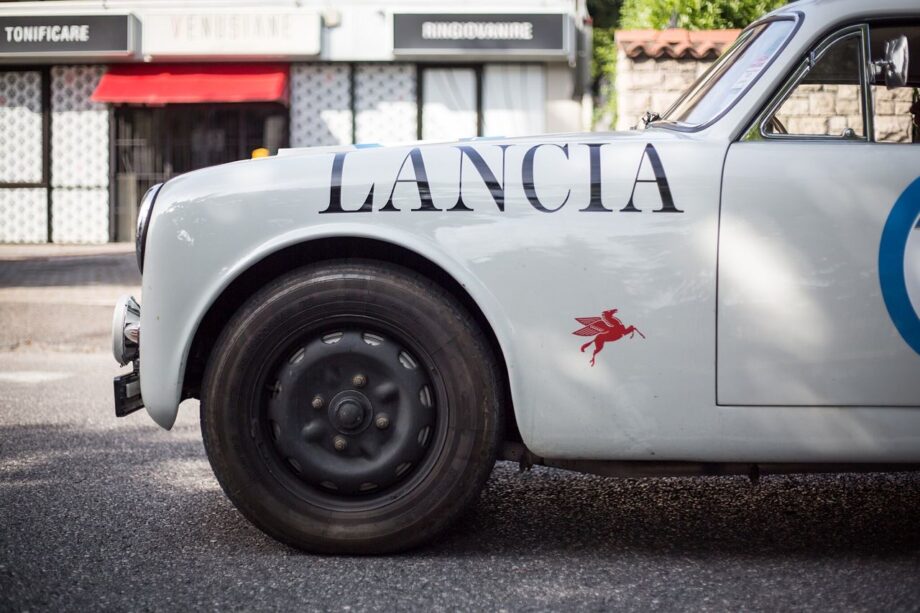 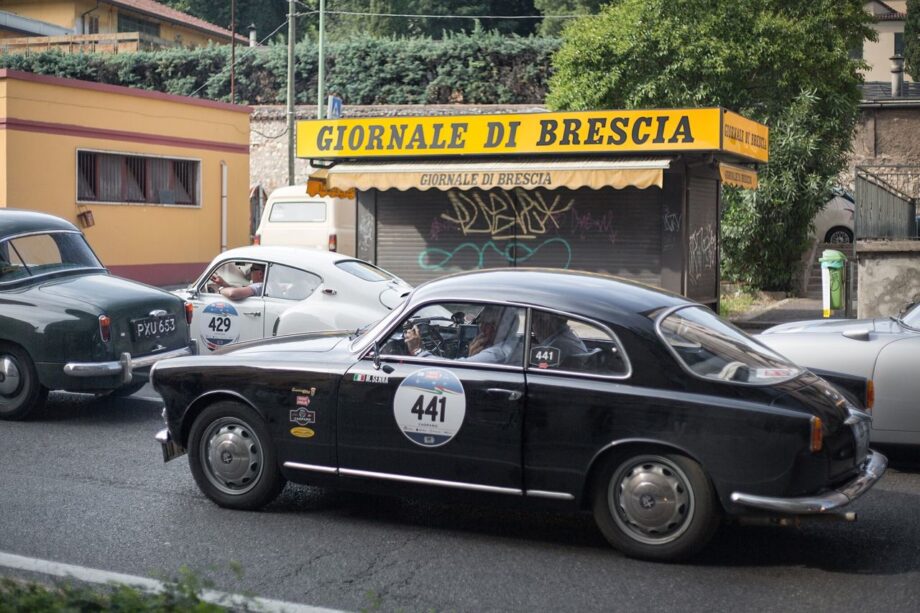 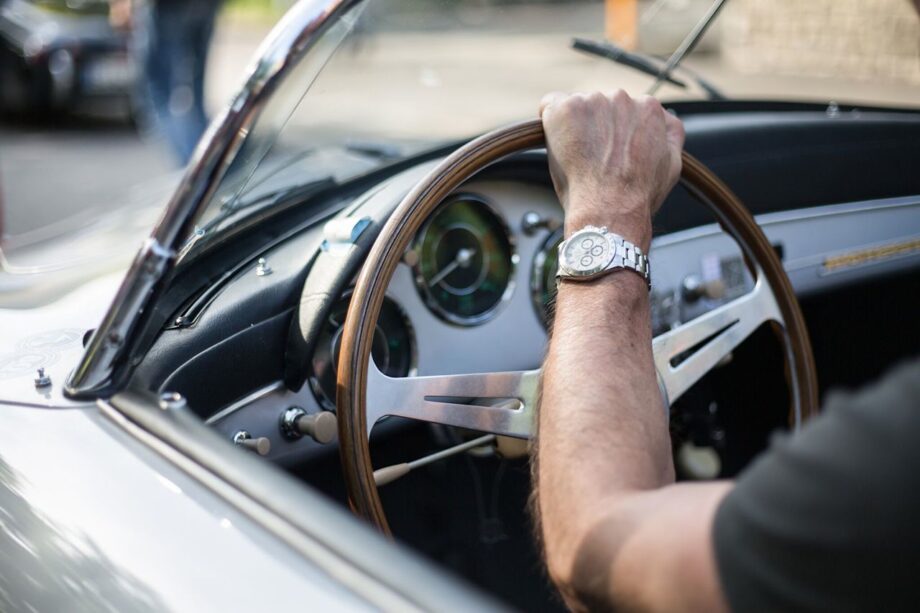 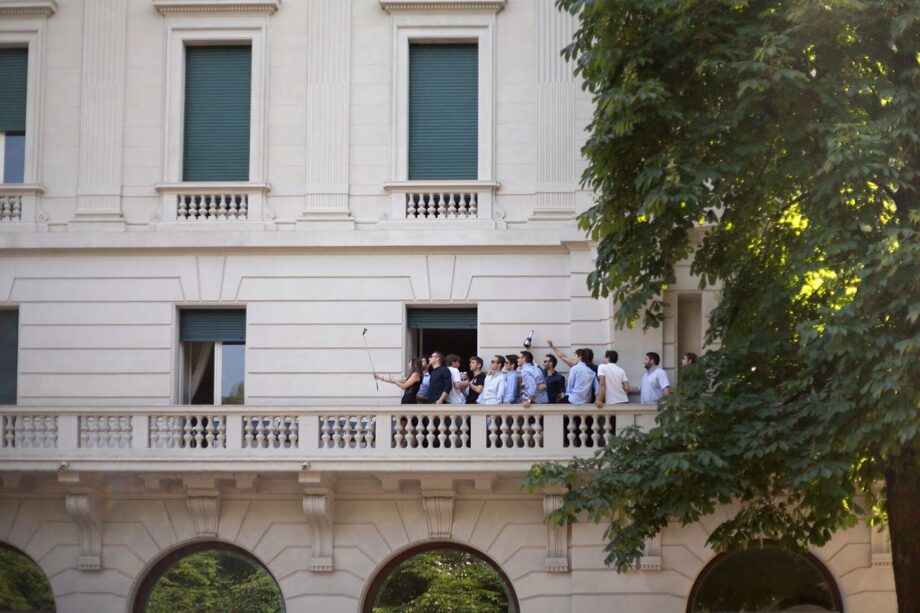 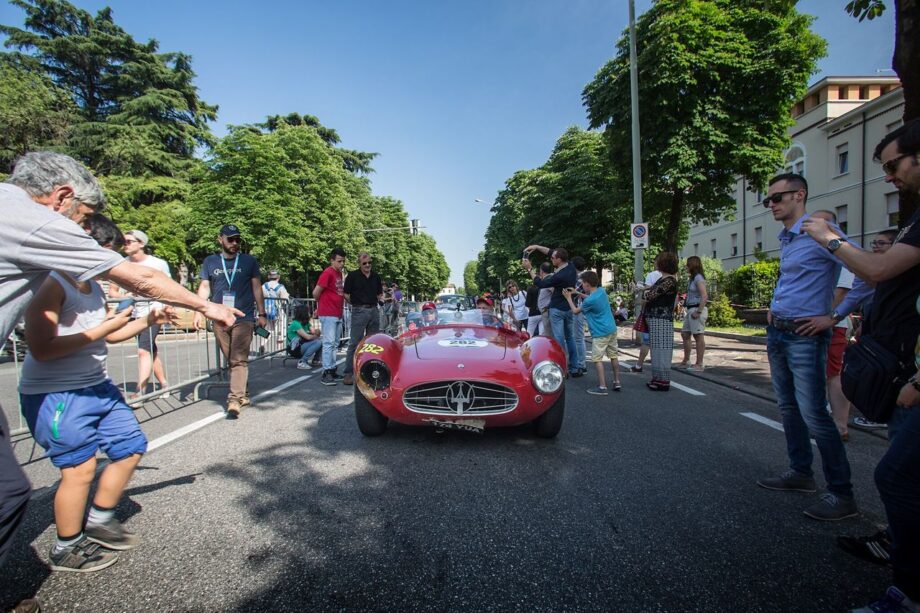 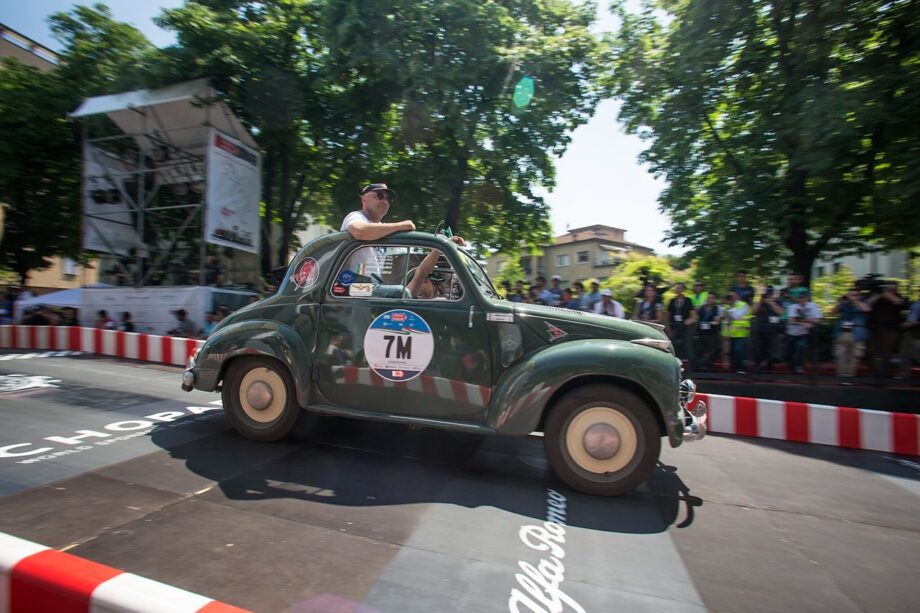 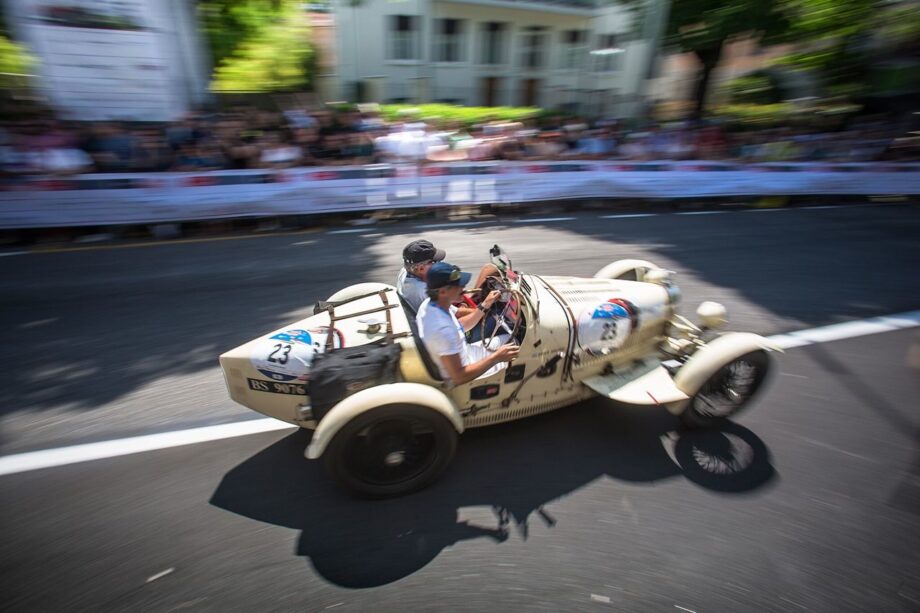 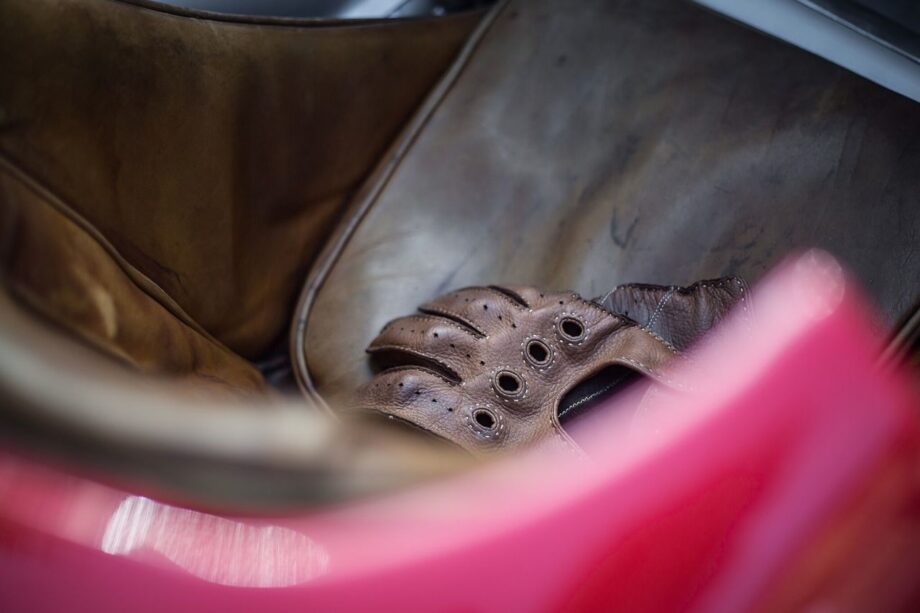 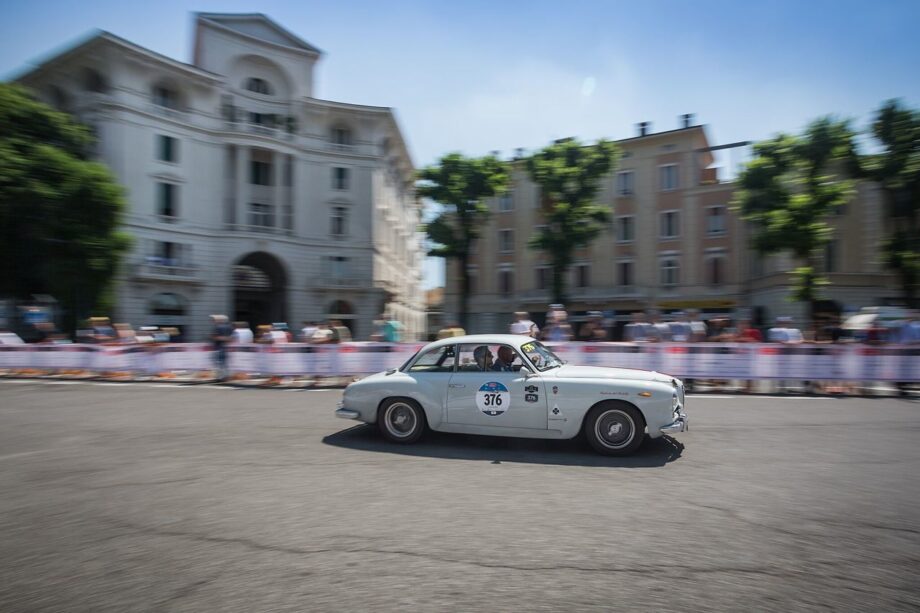 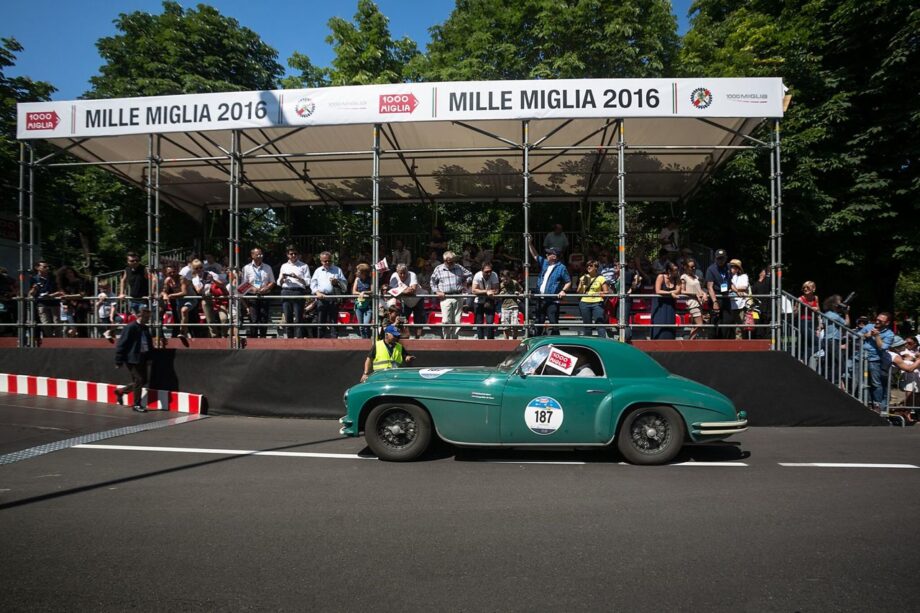 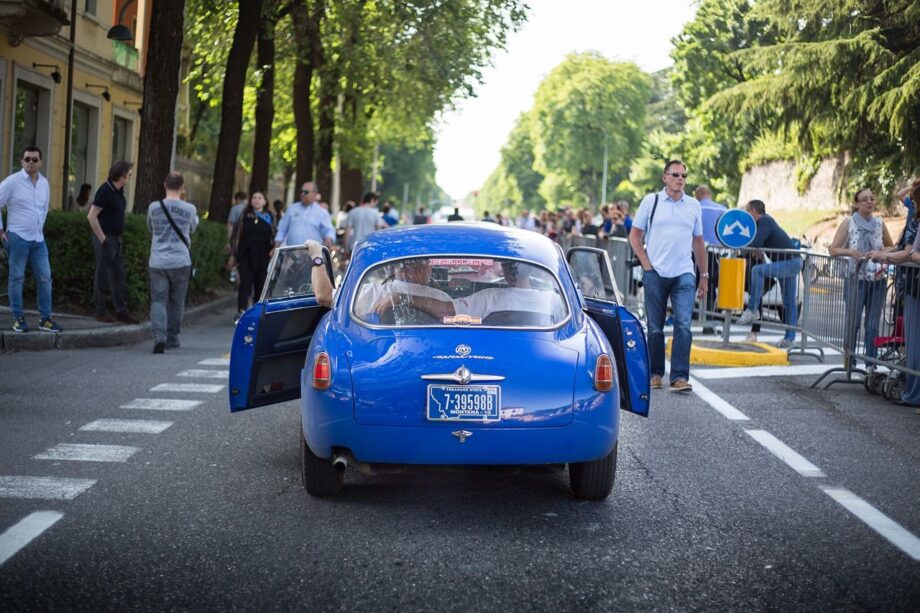