The Only Minimalist Menswear Brands You Need To Know 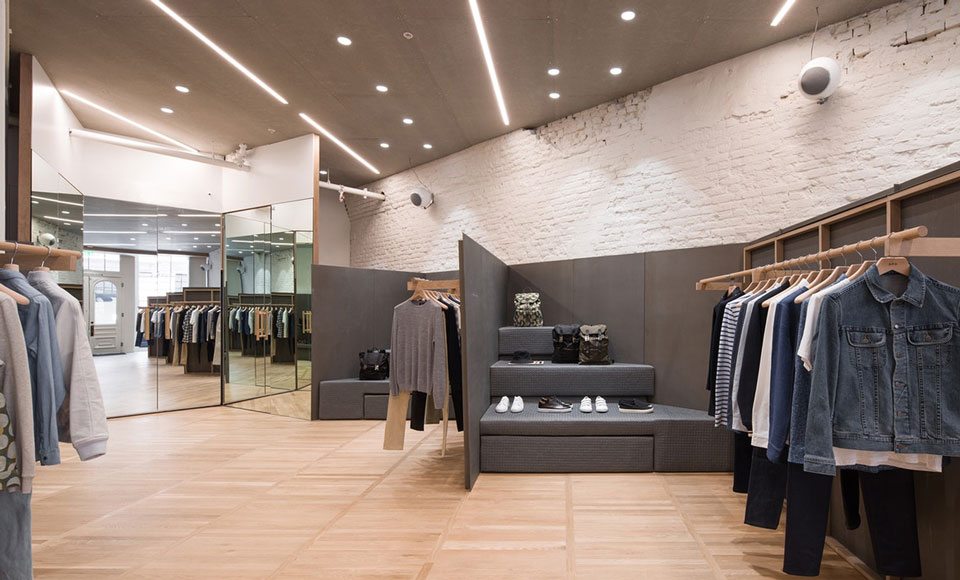 Minimalist clothing cuts away the excess colour, pattern and print, relying on simplicity to do the talking. However, finding the right place to park your change has become a right ordeal in a market dominated by collab-frenzied designers and high street labels that dress their emaciated models like they’re extras on a Star Wars set.

Because we’re good people, we’ve done (most) of the hard work. Our twelve picks of minimalist brands will help you cut through the nonsense and bring your wardrobe back to a foundation of accessible, and embarrassment-proof fundamentals that help you do more with less. Because at the end of the day, no one wants to look back in ten years and think, ‘shit, did I really wear that?’ 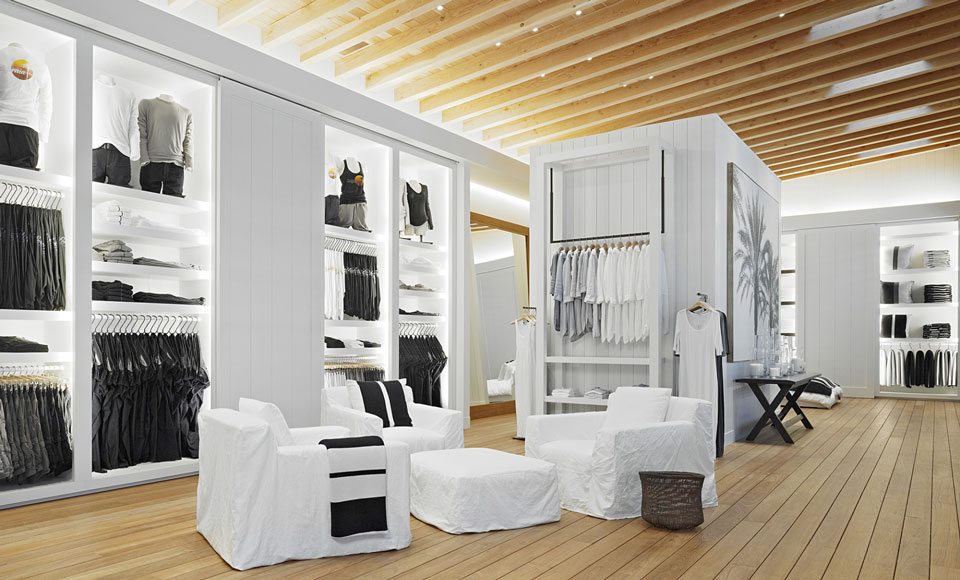 Sick of hearing about too-cool Nordic brands yet? We’re not, but if you are, you should check out LA-based James Perse. He combines understated basics with the leisurely aesthetic of West Coast living: surfing, lounging, taking it slow and feeling comfortable in the process.

Here you’ll find cotton jersey sweatpants and cashmere hoodies for looking your best during blistering hangovers, and soft supima cotton polos for dressed-down summer looks. Make no mistake, Mr. Perse uses the most luxurious materials available, so don’t bank on a cheap shopping expedition if you walk into one of his stores or find yourself scrolling through Mr Porter after payday.
Shop Now 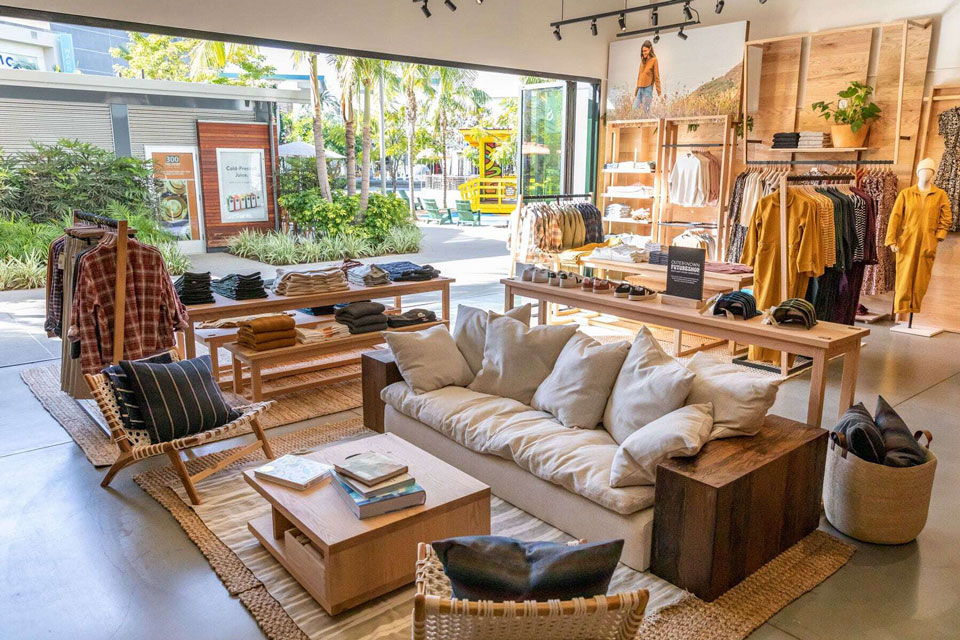 A brand that embodies the very spirit of a laidback surfer lifestyle maybe, but Outerknown, the brainchild of champion surfer Kelly Slater, has its fair share of minimalistic pieces in its repertoire. Sure, you can have your way with patterns and prints, but for us, the solid block coloured pieces are the ones to go for.

Whether it's shirts, t-shirts, jeans or shorts, Outerknown regularly gets it right when it comes to colouring, and always gets it right with regards to fit. Throw one of the brand's overshirts on over a plain white tee, pair with some natural-coloured jeans, and you'll be winning.

For thirty years, A.P.C has had a sole preoccupation – to do basics, and to do them well. Founded in Paris in 1987 by Jean Touitou, A.P.C have been the calm in the storm in an industry defined by rapid seasonal changes and what Mr Touitou harshly describes as a ‘culture of vulgarity’.

Mr Touitou’s journey through menswear hasn’t moved far beyond the fundamentals – tees, knits, denim, the odd bomber here and there – and his audience love him for it. A.P.C have resisted the showmanship of high-street fashion, and continue to generate a fiercely loyal underground following for their beloved selvedge denim and clean, unpretentious staples. They’re still on the luxury end of the scale, though, and are priced accordingly.
Shop Now 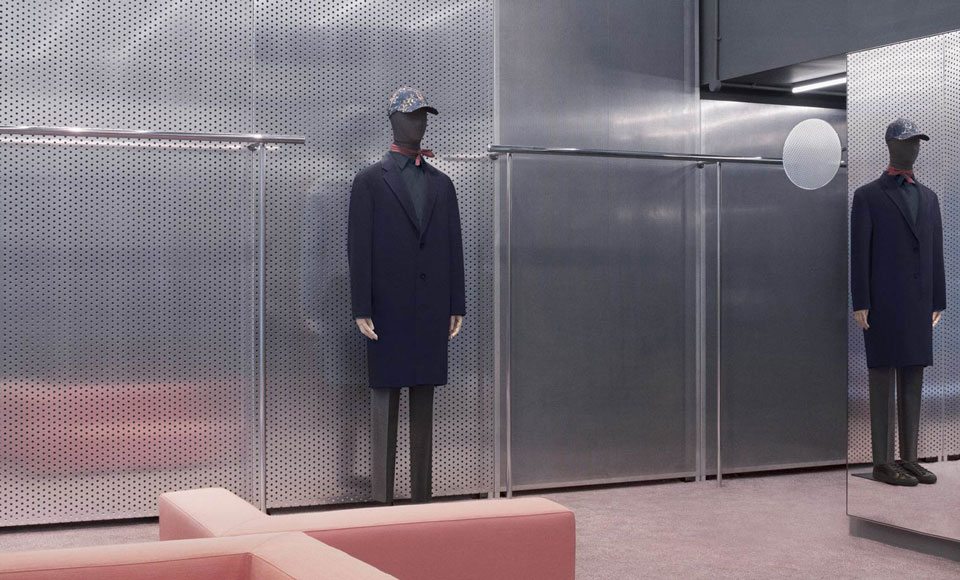 ACNE Studios – Ambition to Create Novel Expressions – has quickly risen to the top of the hierarchy in minimalist menswear. Founded in 1997 by Swedish creative Jonny Johansson, ACNE has been celebrated for bringing the Scandinavian infusion of pared-back aesthetics and function to a global audience.

ACNE kit is about as Nordic as it gets: functional, unfussy, and probably more stylish than the obnoxious high-street experimental fashion could ever hope to be. You won’t find too many brand logos, graphics, or any loathsome marketing gimmicks. Their key items are jeans and leather jackets, and if your wardrobe needs a boost they do clean basic tees and shirts too. ACNE is a pricier entry-point into the minimalist world, but their influence and quality is such that there’s few other places we think you should start.
Shop Now 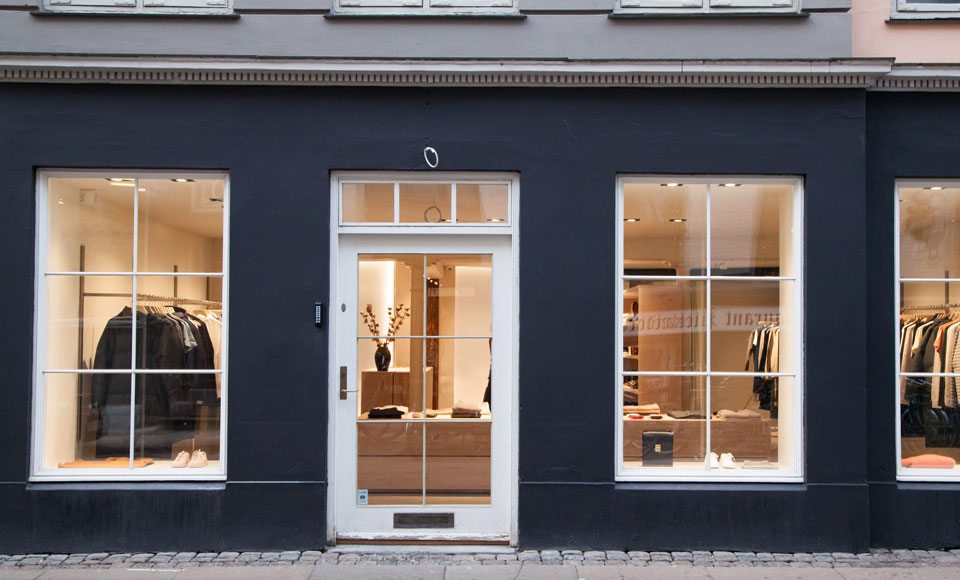 Norse Projects has its origin as a modest retail shopfront in Copenhagen, Denmark, before branching out into design in 2009 at the hands of business partners Tobia Sloth and Mikkel Grønnebæk. Norse Projects’ self-described approach is to ‘herald nature, simplicity, and functionality’, capturing the essence of cool minimalism in the process.

They leave Fashion Week prints, gimmicky patterns, and garish colourways to other labels, although their printed tees are a cult success. Look for essentials like pale blue cotton shirts, wool sweaters for winter, and a restrained colour palette overall that nods to their Danish roots. Their offerings are intended for all seasons wear, so expect to purchase investments that will see plenty of game time throughout the year. Norse Projects have dipped their toes in the collab pool, so keep an eye out for their joint sneaker project with Adidas among others.
Shop Now 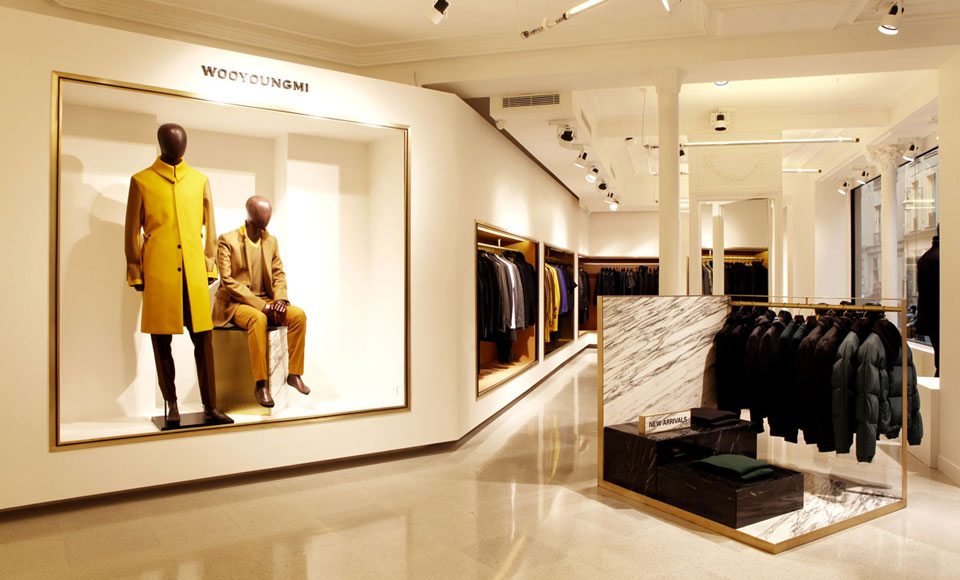 In a departure from the Scandinavian minimalism that is becoming the market standard for cool and unrestrained menswear, Wooyoungmi’s experimental approach has captured interest well beyond their Korean origins. Founded in 2002 in Seoul by a mother-daughter duo, they offer tailored pieces for after-dark occasions, and staples like tees and knits for the everyday grind.

Wooyoungmi rely on darker colour palettes – lots of charcoal, lots of black – and splice this with experimental, but sophisticated, prints and graphics. Despite occasionally defying their minimalist side, the essence of Wooyoungmi is on understated wardrobe fundamentals which can be tastefully worn across the spectrum of formality.
Shop Now 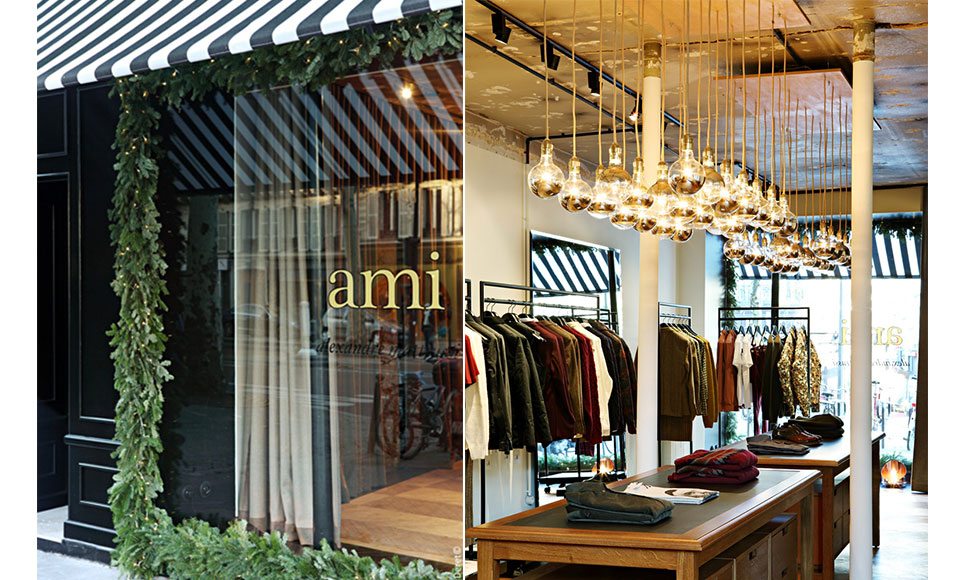 Alexandre Mattiussi’s sartorial pedigree is drawn from an immaculate CV at labels like Givenchy and Dior, but his personal venture into design is much more discreet than his high-street origins. AMI tries to bring menswear back to earth where it belongs – in Mattiussi’s own words, ‘the clothing we see in the shows is disconnected from most men’s reality’, and thus AMI’s mission is to simplify the clutter of the male wardrobe.

AMI offer something for everyone: heavy camel overcoats and tailoring for classic menswear buffs, and unfussy basics for the guy whose wardrobe starts and finishes with tees, sweats, and a comfortable hoodie. The linking feature between their collections is a neutral colour palette and uncomplicated design framework that eschews high-street experimentation and brash colourways that make us go ‘ew’.
Shop Now 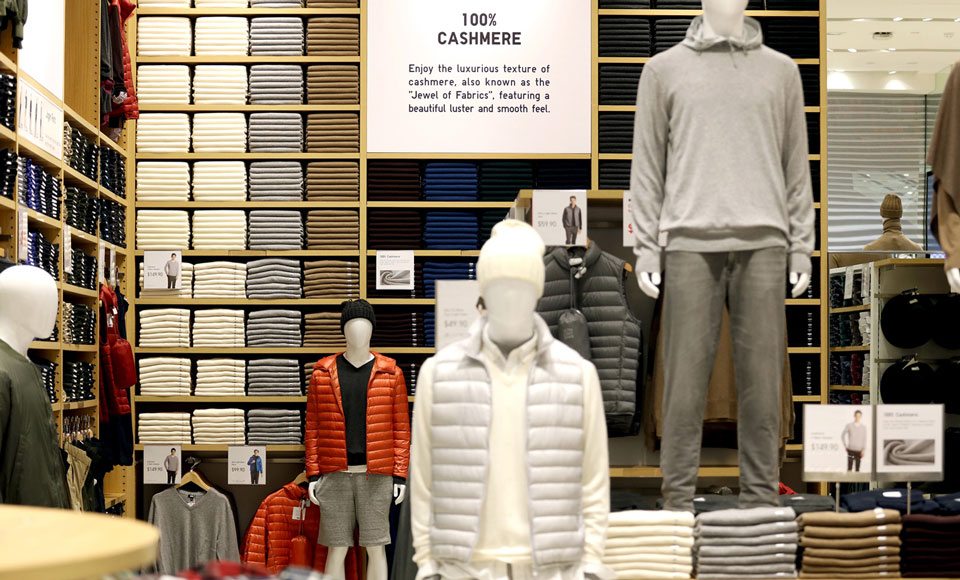 Founded by Tadashi Yanai in 2007, the second richest man in Japan, Uniqlo combines the pervasive reach of mass-market production with Japanese-inspired minimalism. Their ethos is designed to reassert anonymity in menswear design, instead of relying on showpony ‘statement’ items that overwhelm the person wearing it. Uniqlo grapple with both ends of the casual-formal divide, offering smart trousers and blazers alongside tees and sweats.

Uniqlo’s pared back simplicity has created an enormous global following, and their accessible (i.e, ridiculously cheap) price point hasn’t hurt, either. Forever looking forward, the company has its heart set on aggressive expansion. Since 2014, they’ve opened twelve stores in Australia and it seems likely that this is not the end of their growing footprint down under.
Shop Now 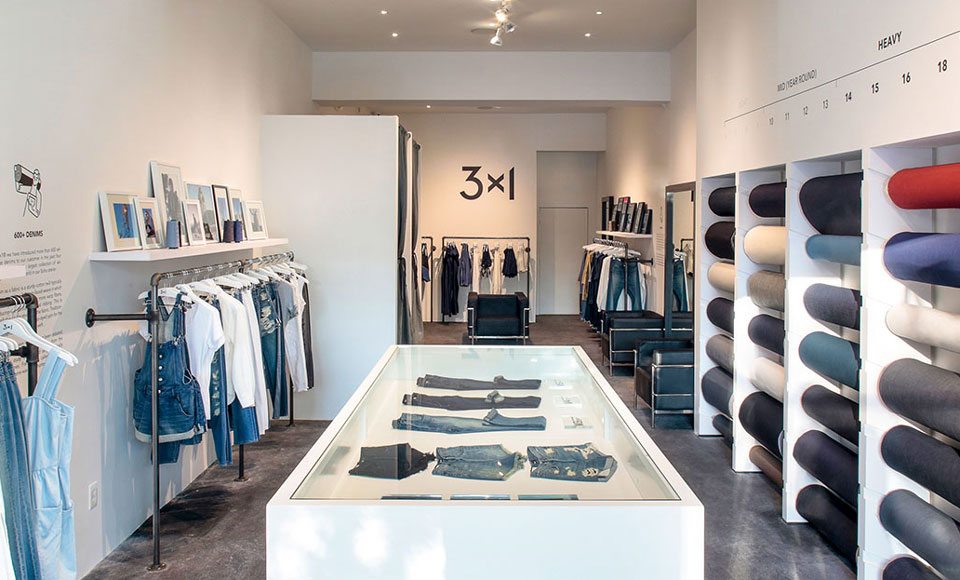 Don’t let the name throw you off – Håndværk was founded in 2013 by spouses Esteban Saba and Petra Brichnacova after a serendipitous meeting, and eventual marriage, in New York. Both founders have solid experience in textile and apparel manufacturing, but they haven’t allowed this to go to their heads. Håndværk produce premium basics from the best materials available, employing neutral colour tones alongside simple, well-tested design.

They call to mind Nordic restraint, without losing their products in caricature. A quick look at their current collection reveals pima cotton jersey tees, henleys, shorts and sweats – the timeless cornerstones of an adaptable wardrobe. Their textile heritage comes with a price tag, but if you find you must replace your basic white tees and sweatpants every few months, Håndværk is worth the investment.
Shop Now 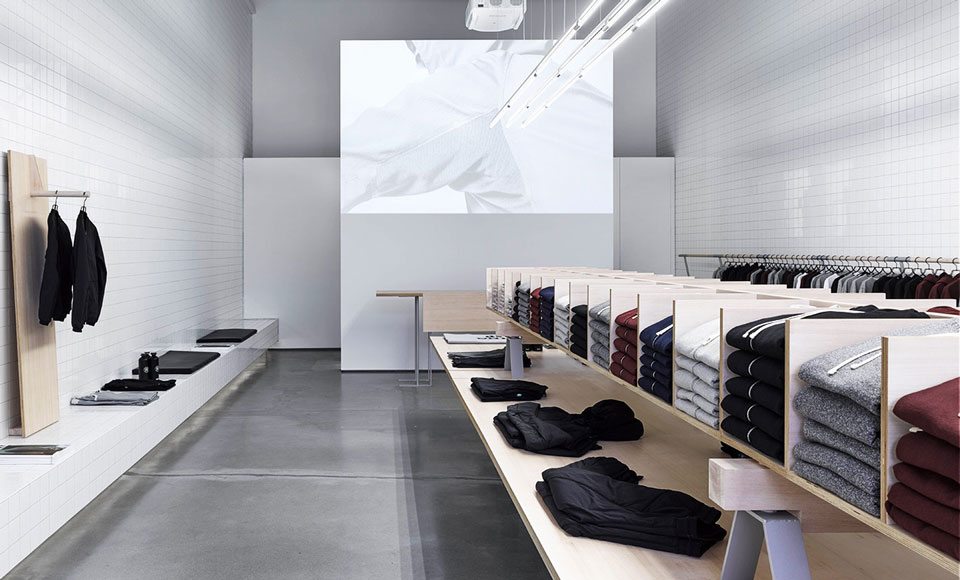 Simplicity dominates the Champ’s current collection. You’ll find athletics-inspired basics, and not much more. Think staple monotone tees, vintage drawstring shorts, hoodies and sweats. It doesn’t look out of place on the running track, but it works perfectly as part of a smart athleisure look. They don’t do bold, brash colours or wanky graphics. And for that, we’re pretty grateful.
Shop Now 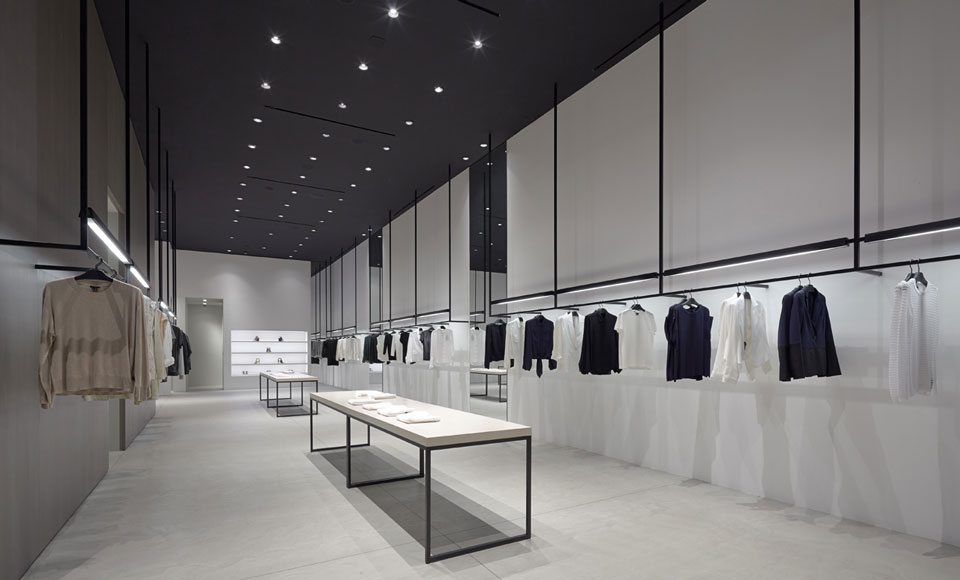 Founded in 1997, Theory belong to a growing demographic of labels that focus on wardrobe staples over flashy runway garments that become a focus of comedy within the next three months. Based out of New York, Theory do the basics and they’re no slouches by any means.

They offer foundational items like button-downs, crew knits, polos, and jeans, preferring to let first-class craftsmanship and timeless simplicity do the talking. They do, however, charge a little over a hundred bucks for a tee. They aren’t by any means a cheap introduction to the minimalist thing. Regardless, Theory is a great wardrobe fundamentals brand for the guy who understands the need for resilient, durable basics that have more than a season of life in their seams.
Shop Now 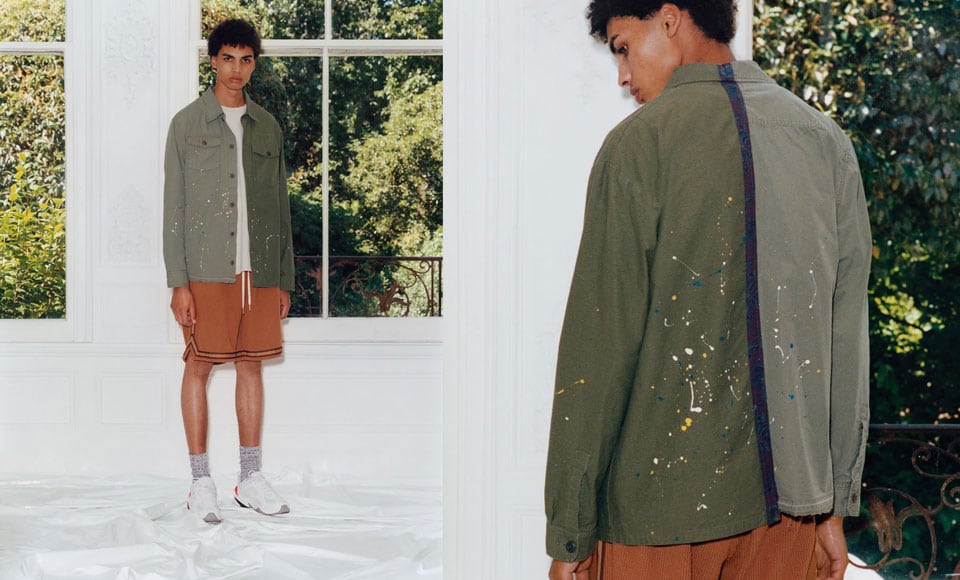 Timeless streetwear isn’t a common trend that labels shoot for and that’s exactly the reason why John Elliott has stood out amongst the crowd. The cult American label was formed in 2012 and launched its first collection in 2013 to resounding success and accolades amongst reputable bodies in the industry – not bad for a kid who sent sneaker sketches to Nike at the age of eight – and got a reply. These days John Elliott’s denim range stands at the core of its business, further flanked by simple basics that pair together for a much stronger aesthetic. Think iconic Californian lifestyle with an up-market edge.
Shop Now 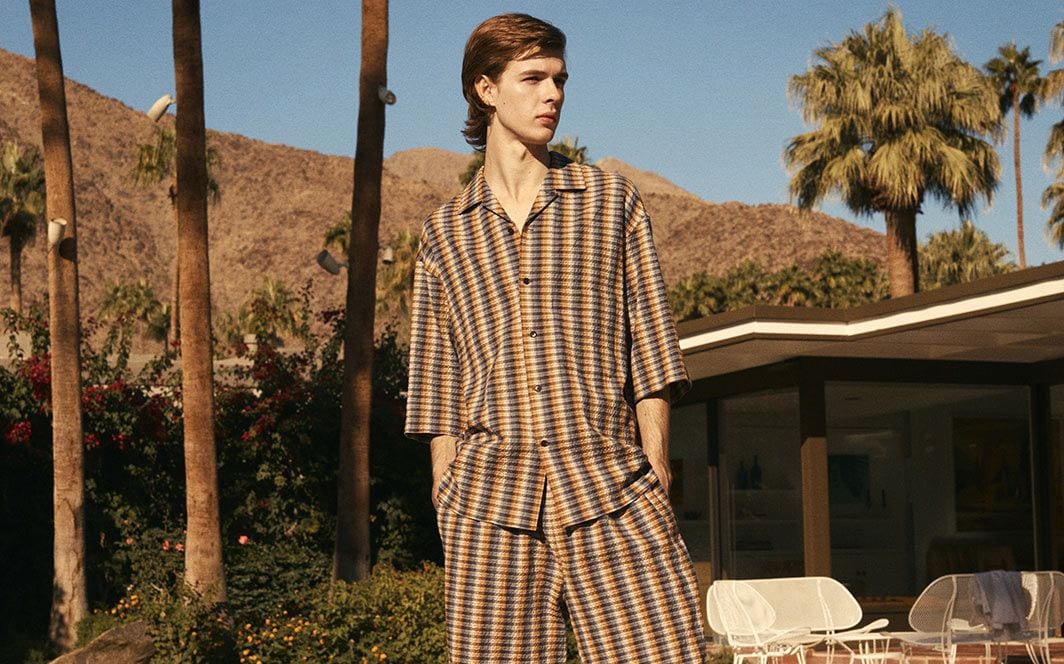 Christophe Lemaire mastered his skills in the ateliers of France’s most prominent fashion houses, including his term as artistic director at Hermès womenswear.

Lemaire launched his first menswear collection in 1995 and now collaborates with fellow designer Sarah-Linh Tran on the collection. Together their brand of quietly understated tailoring focuses on the impeccably made essentials of men’s wardrobes combining knits, wide trousers, shirts and softly tailored coats in smooth and subtle shades.
Shop Now 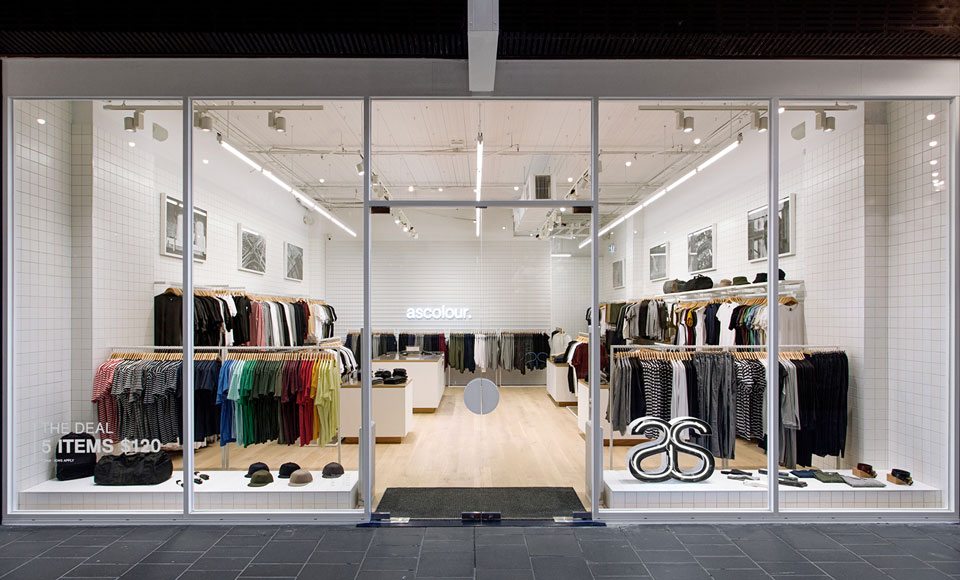 AS Colour is an Australian retailer with the simple mission of creating basics with enduring wearability, that are sweatshop-free and affordable for the everyday bloke. Their collections are based around a strong foundation of plain tees, tanks, hoodies, sweats and pants. They mix it up a little with stripes and camo, but the basics are there and in plentiful supply.

You won’t be consigned to a single house cut either – there’s a few different shapes and lengths to keep things interesting. AS Colour are committed to ethical production and try to engage socially-responsible textile manufacturers and factories that offer liveable wages and conditions. They have a solid retail footprint of seven stores around the country and run multi-buy packages for those wardrobe-filling shopping expeditions.
Shop Now