Movember, the fundraising event that asks guys to support the conversation around men’s health by growing moustaches, has made a huge impact this year with the help of menswear brand Politix. A menswear brand and a men’s health charity make perfect partners, we’re sure you’ll agree. And, while Politix has been supporting the Movember movement for the past four years, this year, they’ve doubled down on their efforts to create a two-piece suit made entirely of moustache hair. 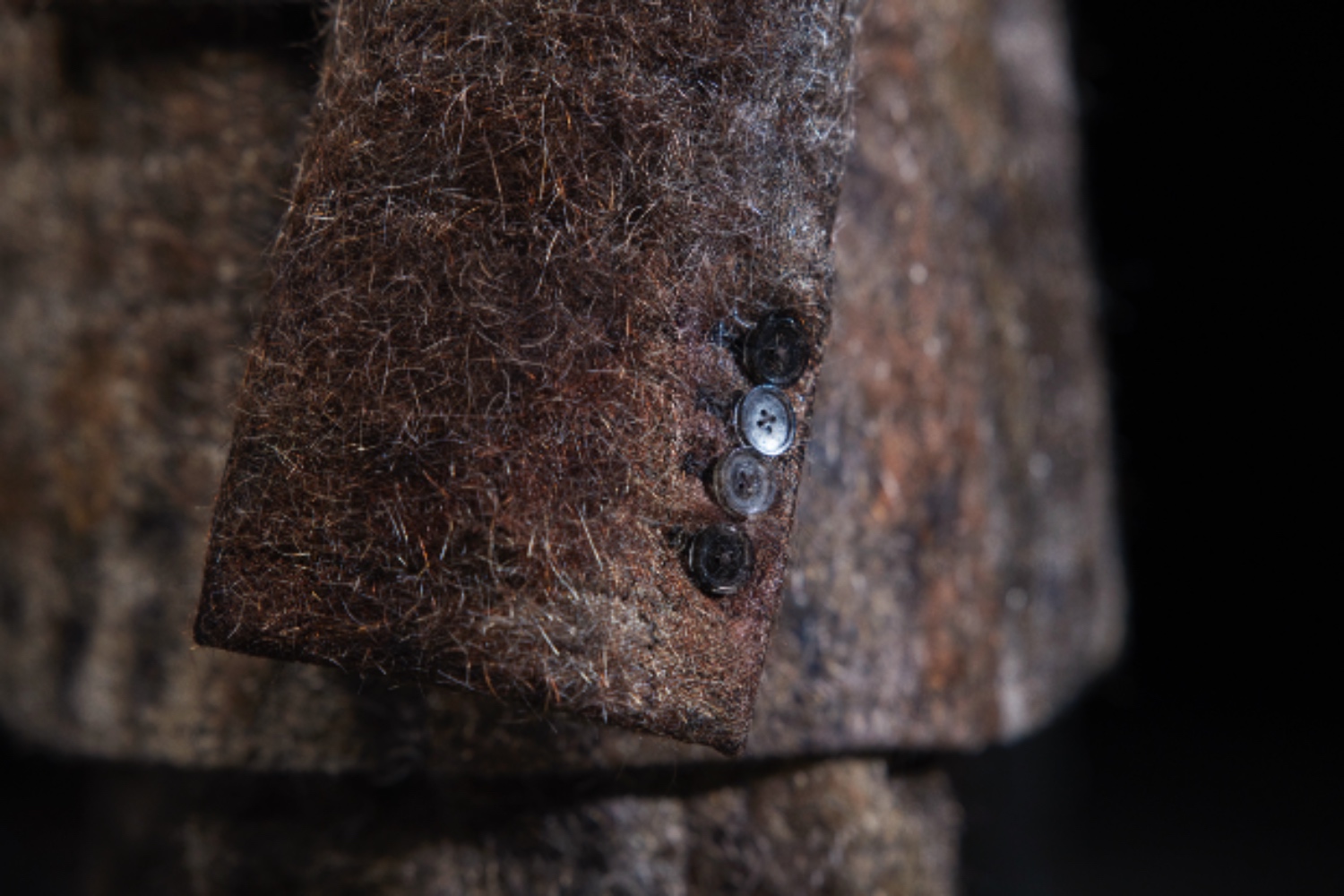 The mo-hair suit has been made in collaboration with Melbourne-based visual artist Pamela Kleeman-Passi. Pamela has a particular reason for developing such a suit, as her husband passed away from prostate and colorectal cancer in 2016.

To create the fabric used for the suit, Passi said she was sent packages in the mail containing moustache hair from men all around Australia. Sustainable Salons – an Australian-based salon recycling program, which recycles hair and other waste from supporting salons – heard about Passi’s project, and provided her with all the moustache hair she needed to complete her fabric.

Passi took this hair and weaved it together with cotton to create the fabric, which Politix then took hold of and cut into a two-piece suit. To avoid any itchiness, Politix lined the suit and printed several men’s health conversation starters, which come from men who have been directly affected by various men’s health issues. 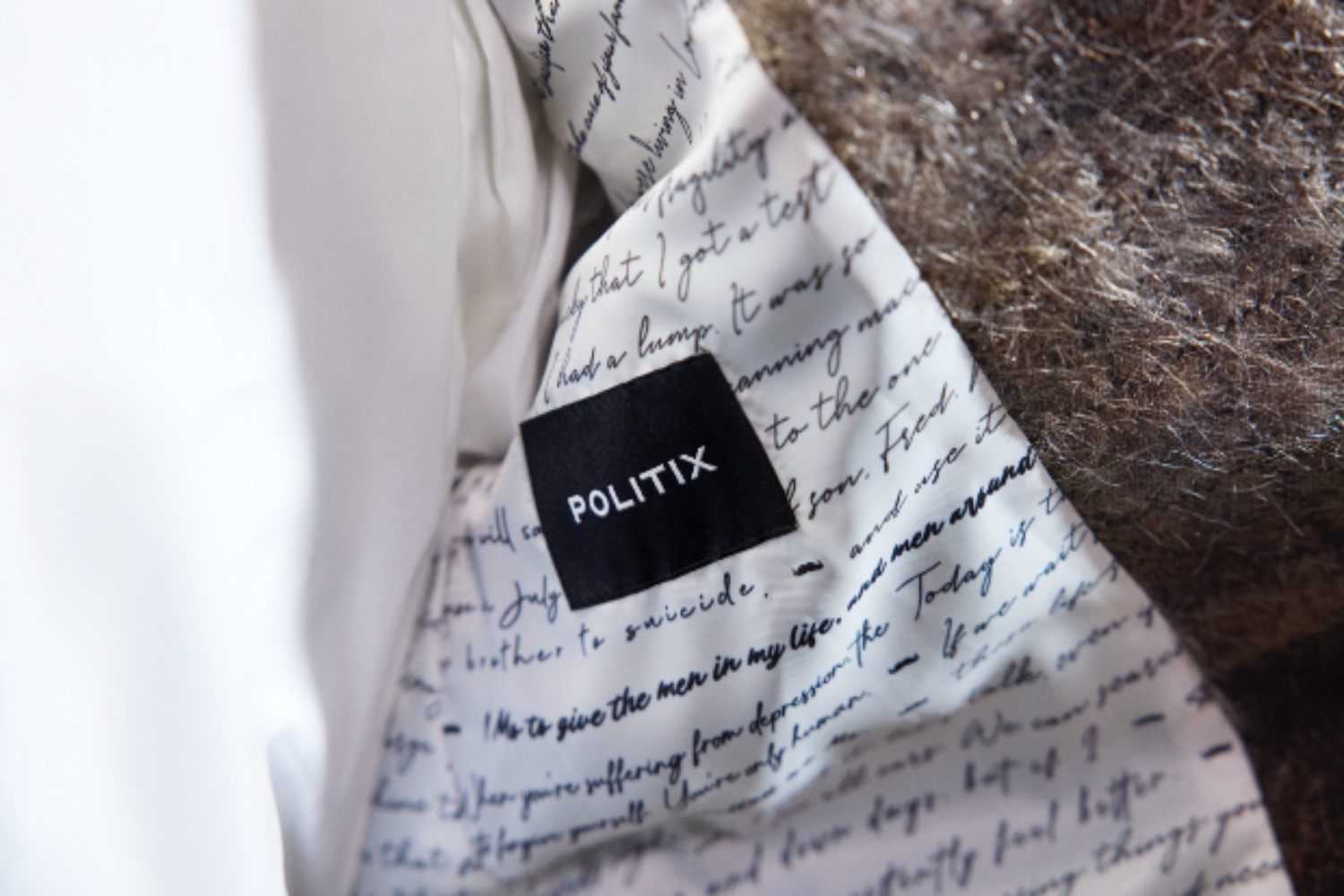 Pamela adds her reasoning for creating a suit out of moustache hair is because “when hair is on your head, it looks really beautiful. But when it’s off the body it immediately becomes disgusting, repulsive, it really creeps people out.”

While you can’t actually buy the Politix Mo-Hair suit, if it’s tickled your fancy, then Politix has also announced it will be launching limited editions blazers through November with various conversation starters printed on them, including “We Need To Talk”, “I Cry Like A Boss”, and “Grab Cancer By The Balls”.

Throughout November, Politix will also be donating $10 from every pair of chinos sold to the Movember charity, and will also be rounding up every purchase to the nearest dollar and donating the difference.

If you or anyone close to you ever needs to speak to someone, you can call Lifeline on 13 11 14