Before Russia was known for its World Cup spanking of Spain and its utter disregard for doping laws, it was the USSR – a nation of some of the coolest and strangest cars ever to hit the road. Hell, lots of cars produced behind the Iron Curtain were pretty rad.

The Soviet era was responsible for all kinds of vehicles, from the blandly functional to the surprisingly innovative, many of which are collector’s items today. Take a look, comrades. 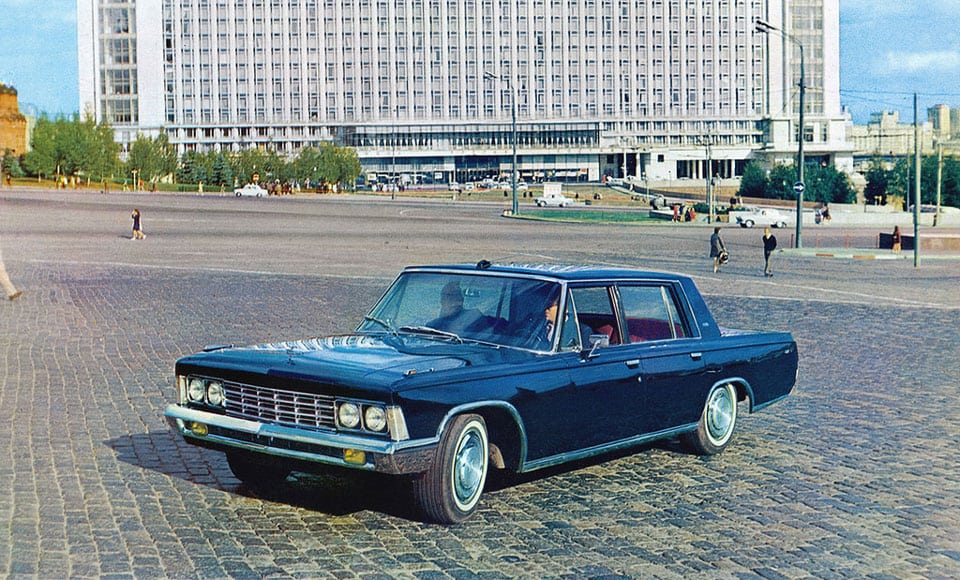 The ZIL-117 is a luxury sedan that is frequently remembered as a Soviet limousine due to its size. ZiL first presented the car at the Autopron (precursor to the Moscow International Motor Show) in 1977. This bad boy wasn’t for regular workers: it contained a 6.9L V8 engine that claimed a maximum speed of between 190 and 201 km/h. On the outside, the ZIL-117 became known for its uncluttered, modern lines. Although only limited numbers were made, the cars proved popular for die-cast model makers. One appeared in the 2006 James Bond film Casino Royale. 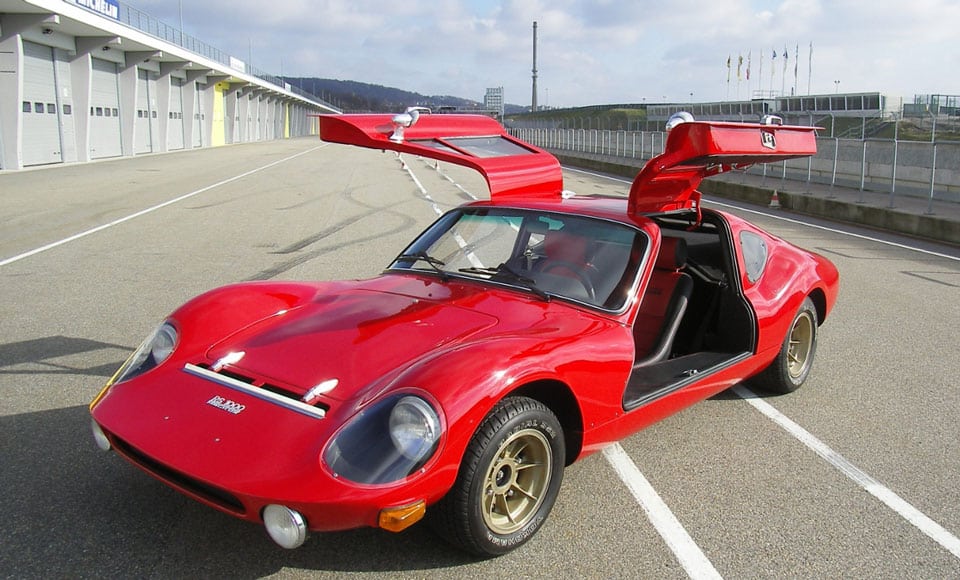 This little gullwing coupe earned itself the nickname “Ferrari of the East.” East Germany’s only sports car was ‘powered’ (if you can even call it that) by a mid-mounted Wartburg 3-cylinder 2-stroke engine. Most used the 992cc version (giving a top speed of 175 km/h), but some of the later cars had the 1200cc version. Melkus put out 101 RS1000 cars between 1969 and 1979 from the Dresden factory. The company is now bankrupt, but one of its vehicles will live on forever in the music video for ATC’s 2000 hit Around the World. 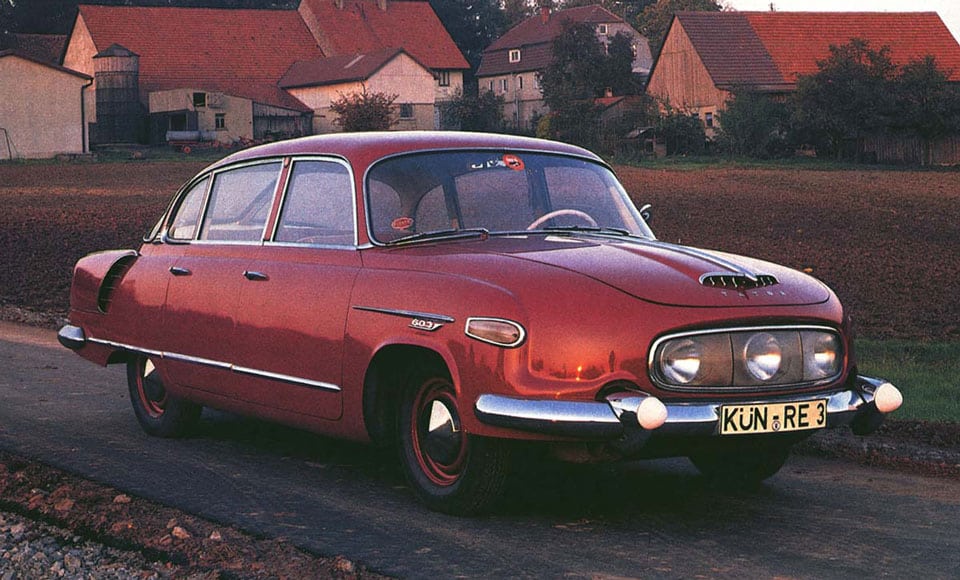 The rear-engined Tatra 603 came out of Czechoslovakia (which no longer exists), where only high-ranking party officials and heads of factories were driven in them. Three versions of the luxury car were manufactured successively between 1956 and 1975. However, as older models were returned to the factory to be exchanged for newer models, the older cars were disassembled and rebuilt to the current styling. As a result, most 603s are of the latest styling, regardless of their original production date. During the car’s 20-year production run, 20,422 were built, mostly by hand. Look at those curves. 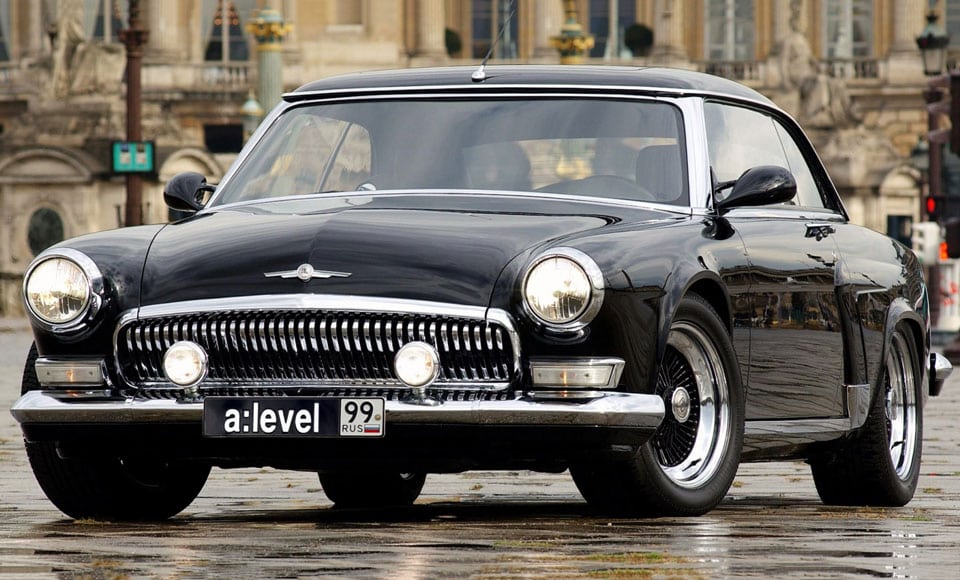 The GAZ-21 was the very first car to bear the Volga name when it was developed in the early 1950s. Whereas Western cars of a similar design tended to have a low and long profile, the GAZ-21 has a distinctive high look. Along with its unusual altitude, the car came packed with a rugged suspension system, a powerful engine and rustproofing that was unheard of for the era. When the 6-cylinder line of GAZ cars was discontinued in 1959, the 21 became the largest and most luxurious car officially sold to individual owners in the USSR. 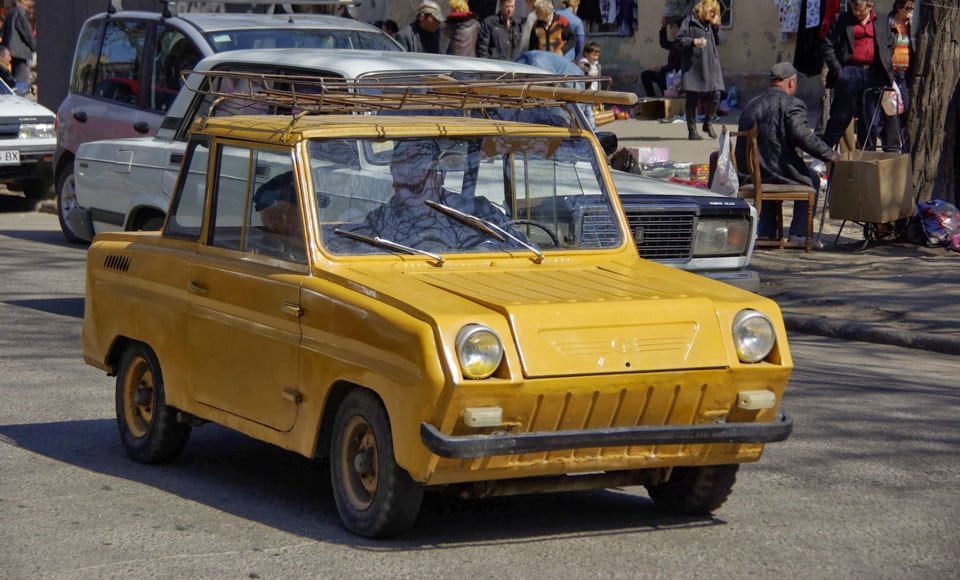 The SMZ microcar was manufactured in Russia specifically for disabled drivers. They were distributed in the USSR for free or at a significant discount through the Soviet Union’s social welfare system. They were not officially sold to non-disabled purchasers at all. After five years of use, the lessee had to return his “motor-wheelchair” (as they were commonly known) to a social care organisation and was given a new one. Nowadays they’re a rare find, particularly the earlier models, and have become a collector’s item. 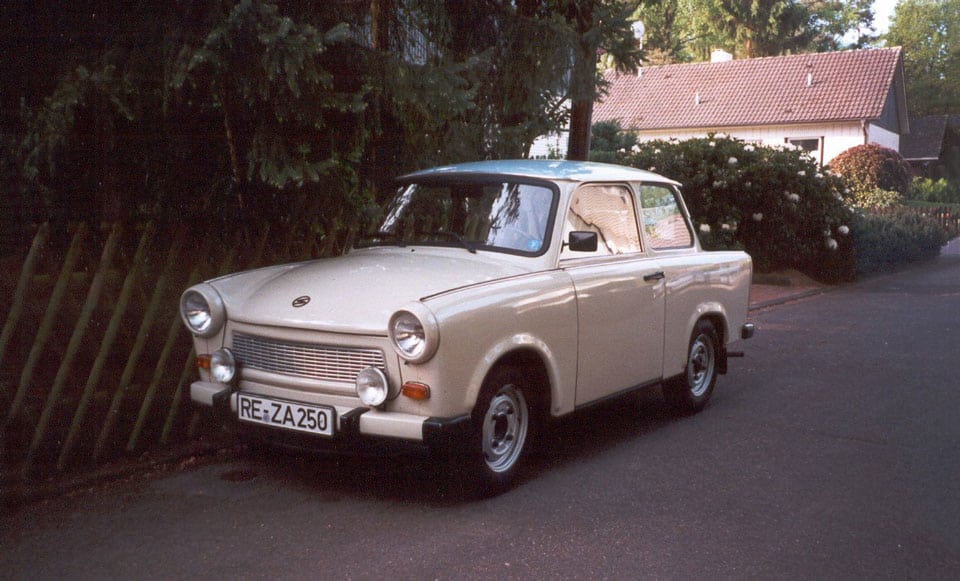 Hallo, Trabi! The Trabant 601, East Germany’s people’s car, is the third generation of the model, the one with the longest production run and easily the best known. As a result, is often referred to simply as ‘the Trabant’ or the ‘Trabi’. During its production run from 1963 to 1990, the Trabant was the most common vehicle in former East Germany. The Trabant 601 was built to be reliable but very affordable, and easy to repair and maintain. Performance was appalling and the car was literally made out of plastic, but East Germans loved them. In recent years, the Trabant has become popular with collectors (especially green ones, which are said to bring good luck) and in rally racing. 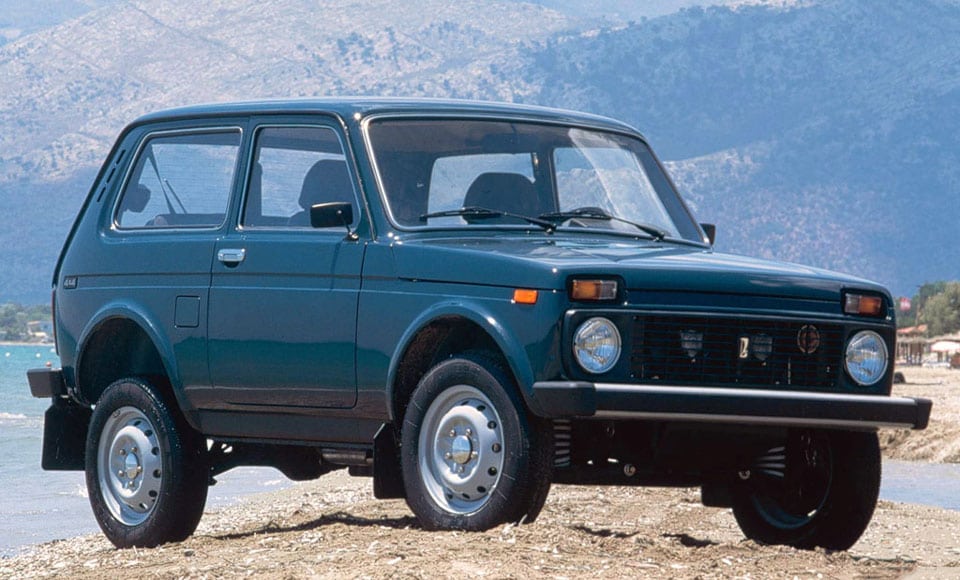 This little Soviet workhorse began production by AvtoVAZ in 1977. The Lada Niva is a predecessor to today’s crossover SUVs, which nearly all follow its groundbreaking format: a unibody architecture with independent front suspension and coil suspension. The Niva, VAZ’s first non-Fiat based model, was described by its designers as a ‘Renault 5 put on a Land Rover chassis’. The car became popular as an ambulance and military vehicle, and for use by police forces and utility companies. Almost 40 years later, the Lada Niva is still going strong. 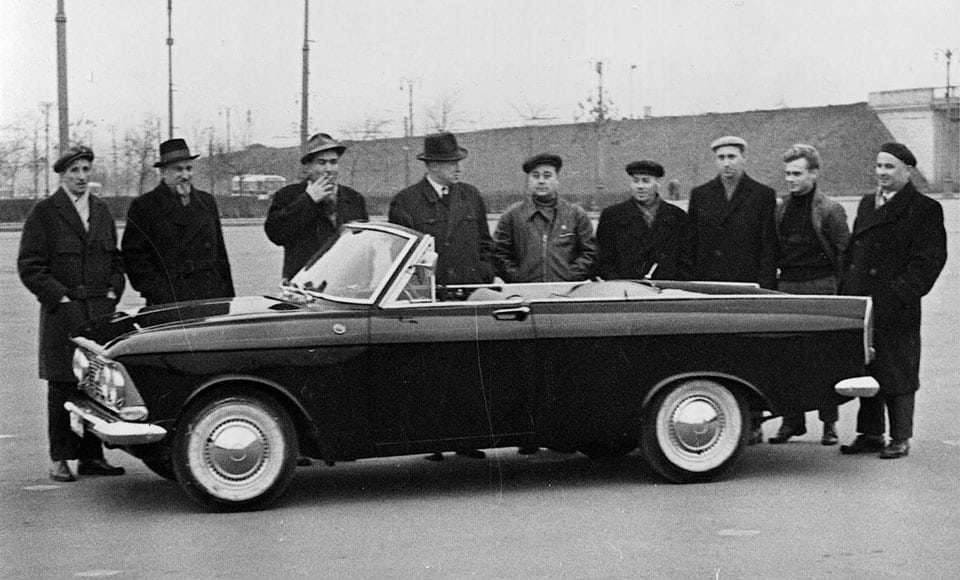 The Moskvitch 408 was a small family car produced by the Soviet car manufacturer MZMA/AZLK between 1964 and 1976. The convertible version, the Tourist, was built in 1964. Though it’s based on the Moskvitch 408, almost the entire aluminium body was new and the engine included an experimental electronic fuel injection system that gave it 63 hp and provided a top speed of 130 km/h. Only two prototypes were built, one of which included a removable hardtop. The project was abandoned after country leaders decided that such an automobile would be too luxurious for the Soviet proletariat and export wasn’t safe. 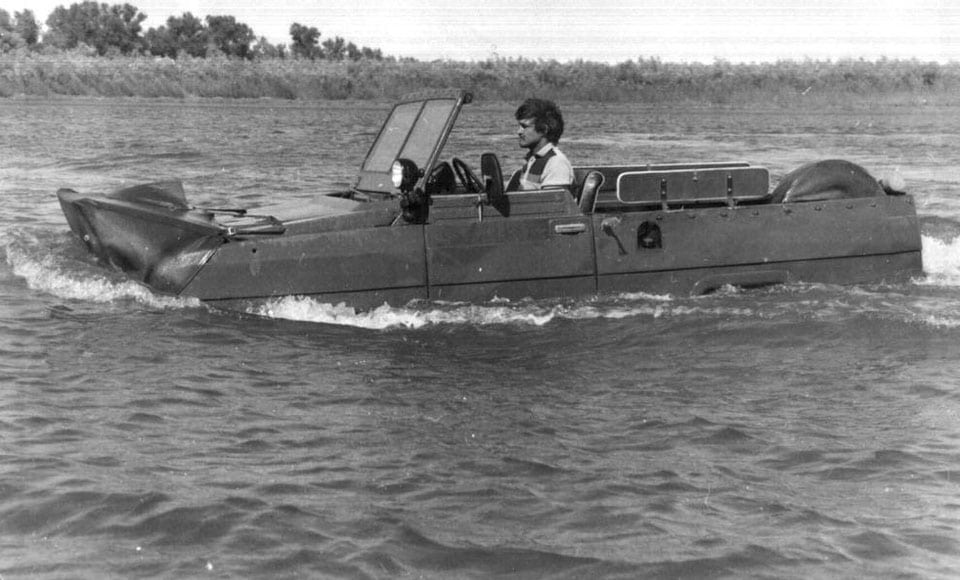 The UAZ-3907 Jaguar was an amphibious vehicle based on the UAZ-469. The original UAZ-469 (nicknamed “Goat”) is an off-road vehicle used by Soviet forces and paramilitary units in Eastern Bloc countries. Introduced in 1971, the legendary vehicle was not available for purchase by the public (though many were sold as surplus to private owners). 1980 saw the release of the first prototype of the UAZ-3907 Jaguar, which features two propellers on the front of the rear axle that allowed the vehicle to cross water in addition to most any terrestrial terrain. There’s a ‘in Soviet Russia’ joke in here somewhere… 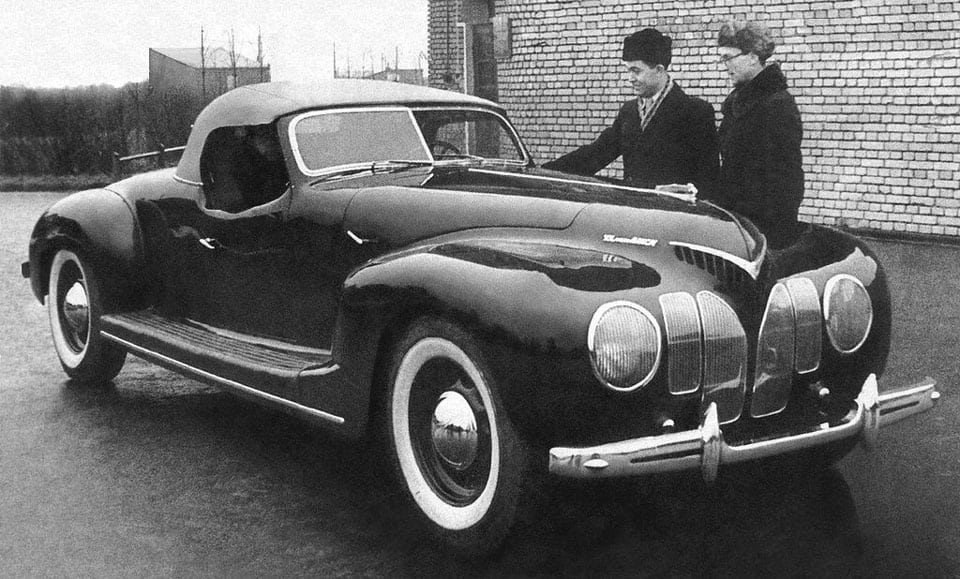 Constructed on the chassis of a seven-seater limousine, the one-and-only ZIS 101A Sport was built in 1939. Prior to its release, there was the ZIS 101 (with a 5.8 L straight-8 engine capable of a top speed of 115 km/h) and the ZIS 101A (with an improved engine that reached 130 km/h). The two-seat ZIS 101A Sport was designed by Valentin Nikolaevich Rostkov in 1939, with a boosted version of the engine from the 101A. Though it was personally approved by Stalin to honour the 20th anniversary of the Komsomol (the youth division of the Communist Party), the car was deemed useless and promptly forgotten after the celebration. Such is life in Russia.

What makes a car a collectible?

Car collectors consider these three – rarity, age and body style/flare. Cars that are nearly non-existent are some of the most sought-after collectibles in the market, just like those with history and significance. Age can also add up value to any vehicle.

What is the difference between an antique, a vintage and a classic car?

Classic is a general term for cars that are over 20 years old, while antique is for vehicles over 45 years old. Vintage cars are built between 1919 to 1931.

How much does it cost to maintain a classic car?

Some classic cars are more expensive to maintain than others, depending on parts replacement and engine repairs. Upkeep cost may range from $600 to $2000 a year.